The decline and fall of fossil energy is happening now, including ongoing court action against some of the biggest players for misleading their shareholders about the impacts of climate change. Climate change deniers are switching from their tactic of confusing and distorting climate science to 'economic' arguments. A few points to counter some of the economic myths: 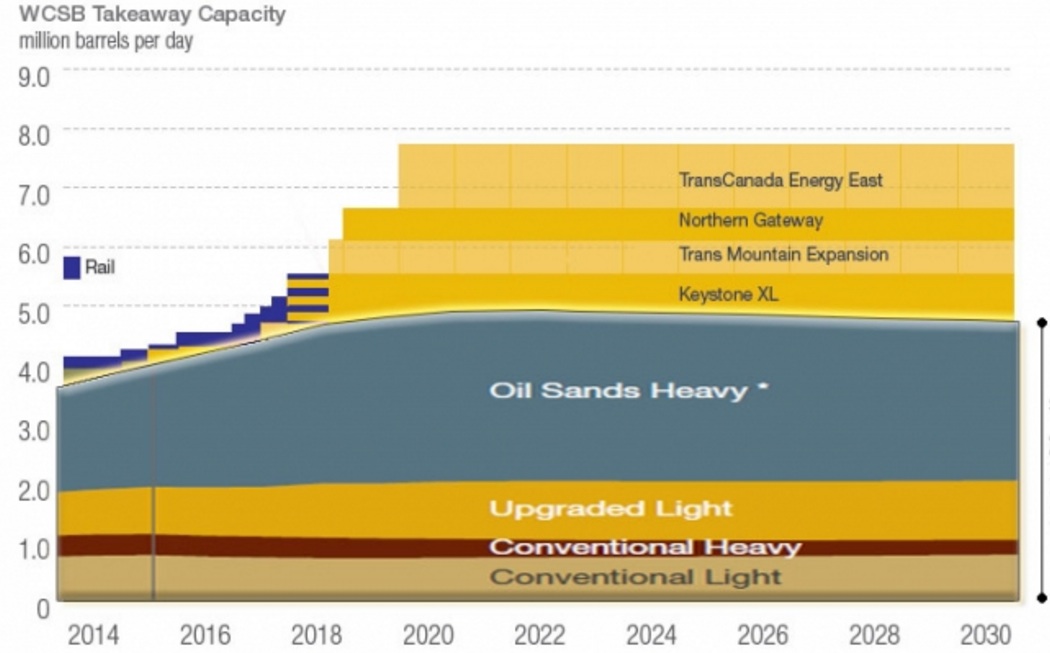 "We just have to get fossil fuels to market – we need new pipelines."

No, the economic argument for new pipelines has crumbled. The fossil fuel industry and the government of Alberta want us to believe that lack of market access is a major factor in the decline of the Canadian oil and gas industry. It’s just not true. From the industry's own estimates, the low growth scenario (which now appears overly optimistic) will not need the four proposed pipelines.

There is a global surplus of oil. There are even supertanker traffic jams. And the kicker? The International Energy Agency says that Canada already has enough surplus capacity for additional Canadian exports to Asia without the construction of the Kinder Morgan’s Trans Mountain expansion, Enbridge’s Northern Gateway or TransCanada’s Energy East pipeline.

There is no economic justification for more mega projects. A former executive in the fossil fuel industry, Ross Belot (see his full article in iPolitics here) says the moment for new pipelines has passed, “Money spent on a pipeline right now would be money wasted. There are no new markets – there is no need for Energy East – not now, not years from now." 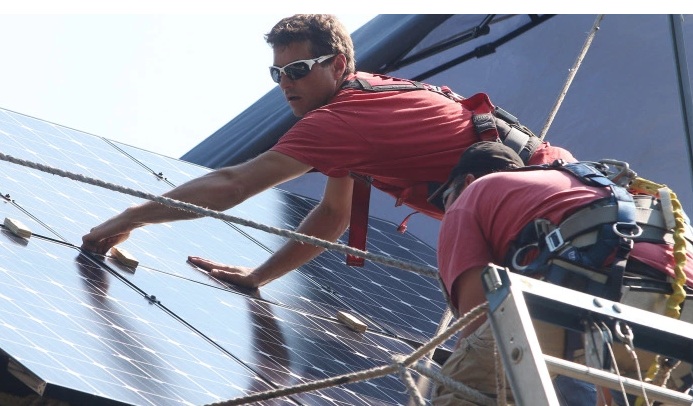 "We can’t slow it down, we have to keep subsidizing it. The Leap Manifesto is a job killer."

No, opportunities in green jobs are growing, especially for solar energy. A new  organization, Iron and Earth, started by an oilsands pipefitter, wants to retrain oil sand workers for green jobs. The provinces that are leading in job creation are not dependent on energy production.

The Leap Manifesto introduced in late 2015 points out how a “complete and economically-beneficial transition toward renewable energy is feasible within the next two to three decades”. It’s practical; it’s doable. Canada, once a leader in clean technology, has fallen behind.

As the Green Party of Canada has pointed out for years, the low-carbon economy is not only possible, it’s happening all around the world.

No, people across Canada, in all industries, want to move to a green economy. A majority, 70 per cent, of Canadians want to see a price on carbon. The change is happening, in spite of the massive lobbying (over $150 million a year) by the major fossil fuel companies, to oppose effective climate change policies. In her recent talk in Sidney, We Met in Paris - now what?" - Climate Change. Hot Times. Cold Facts. Elizabeth May, Member of Parliament for Saanich Gulf-Islands, politely pointed out that both the mainstream media in Canada and the Canadian civil service are out of the loop on climate change.

The real news is out there despite Postmedia’s agreement with the Canadian Association of Petroleum Producers to provide positive messaging about the fossil fuel sector and intense lobbying. 'News' from a biased media (including outright misinformation) and advice from a civil service compromised by ten years of climate denial by the Harper regime may not be providing Canadian leaders with the best information. 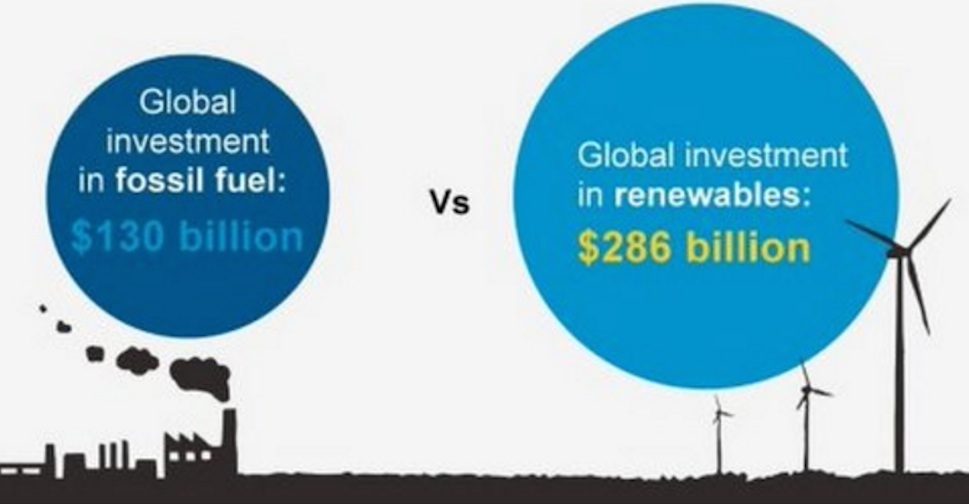 Well-respected economic analysts including Mark Carney, Governor at the Bank of England recommend avoiding investments in fossil fuel development - the risk of stranded assets is simply too high. Plus, the financial risk of not addressing climate change is dramatic.

A recent analysis says the Paris accord could unlock $90 trillion in economic opportunities. 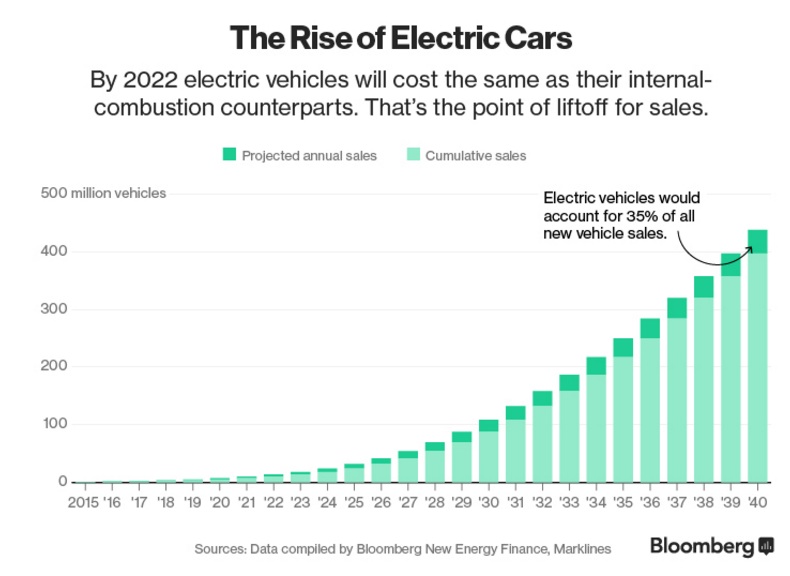 Yes, we can! In spite of bargain basement prices per barrel of oil, electric vehicle sales increased 60 per cent in 2015. Bloomberg reports that this rapid rate of electric cars means the declining demand could trigger a possible fatal crash in the oil market. See the first episode in the Bloomberg Business animated series Sooner Than You Think for more.

Gas-powered vehicles are going the way of the horse and buggy. The economics for fossil fuels and, especially for the non-conventional, expensive fuels such as bitumen and fracked gas, will not improve in the foreseeable future. The $350 million in federal subsidies to the fossil fuel sector is money down the drain - do the Koch brothers really need more help from Canadian taxpayers? Renewable energy technologies and adoption are developing rapidly – why is Canada lagging?

More investment in energy grid integration and proactive policies are needed to support adoption of renewables for electricity. Returning from New York where Canada signed the Paris Agreement on Earth Day, Elizabeth May wrote in her recent blog, "My favourite placard that day read “It is time to stop debating what is possible and start doing what is necessary.” 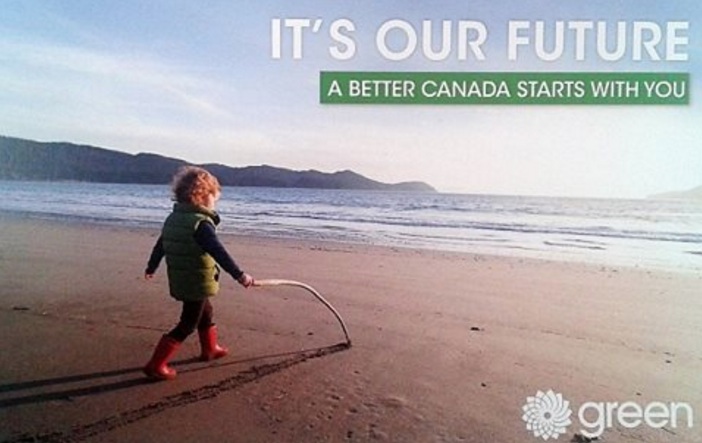 Our government needs to hear from us, loud and strong, that this is not the time to shovel more money into propping up the resource-extraction sector. The National Energy Board just approved Enbridge and may speed up the reviews for Energy East and Kinder Morgan...

Let's counter this with our support and our ideas for a clean, green future. Join the Break Free protest (more information below). Support Tweet4Canada sending positive messages encouraging the Canadian government to do the right thing!