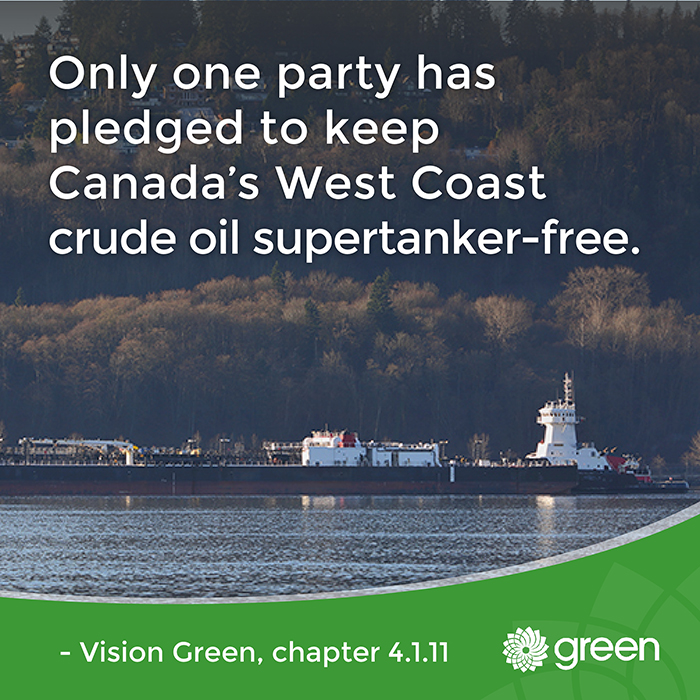 The Green Party announced their comprehensive pipelines and energy security policy this week in Victoria. The Greens are the only party to oppose new bitumen pipelines and increased tanker traffic on our coast.

Greens believe that the environmental, social and economic impact of increasing the number of crude oil tankers on the coast simply outweighs any of the economic benefits.

As Elizabeth May pointed out, "one accident could cripple the entire billion-dollar fisheries and tourism industry upon which our coastal communities depend. It is time to think like a country again and develop a national approach to a diversified energy strategy."

Many share this perspective. The Conservatives and Liberals support pipeline development, but Mulcair has not taken a position against tankers or Kinder Morgan. He wants a thorough review process before accepting Kinder Morgan, but that does not exhibit an understanding that the project is flawed from the bottom up.

We need leaders in Canada who will halt the expansion of the tar sands and end the massive subsidies to this primarily American-owned sector. We need leaders who will protect our coasts. Elizabeth May, and all other Green Party candidates will defend our coast by stopping more pipeline development and supertanker traffic. Please help the progressive, principled voices of the Green Party. Donate to Elizabeth's campaign or support your local Green candidate.

Vote for Your Future

Negative, fear-mongering attacks by the three main parties continue. However voters are starting to push back and plan to vote with the future in mind. To rid Canada of one 'elected dictatorship' only to replace it with another is an opportunity lost.

You may have heard comments that voting Green will help re-elect a Harper government. In fact, voting Green is the best way to prevent this because Greens will work with Liberals and the NDP to make sure Stephen Harper never holds power in Canada again. Only Greens can bring these parties, who have no history of cooperating, together to stop Harper.

Elizabeth defeated a Conservative MP in Saanich Gulf-Islands, a riding that had previously elected Conservatives for 14 years.

Elizabeth says, "If it were true that Greens running were a plus for the Conservatives, Stephen Harper would be plugging me to be in every single debate and we know he’s doing the opposite.”

Show your support for Elizabeth May by reserving a lawn sign. 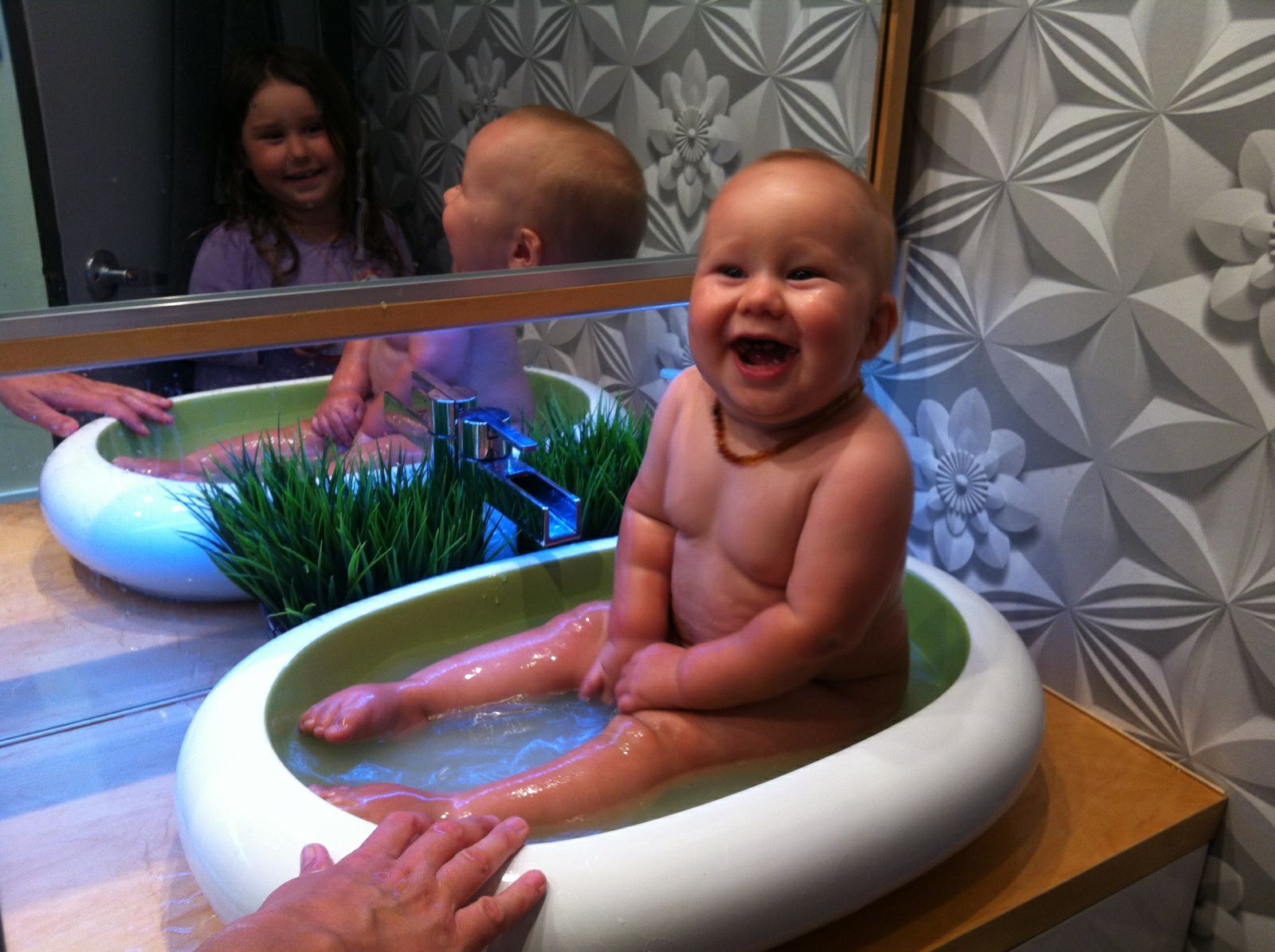 Whistler is not experiencing the same level of water restrictions as the rest of the province in this dry, hot, fire-filled summer. Why? The former mayor of Whistler, Ken Melamed, planned for the future of the Whistler water supply. Ken says,

"It is true. We invested significant funds to ensure safety, redundancy and storage capacity in our water supply... we took a lesson when Tofino ran out of water in 2006. Additional water reservoirs were built, groundwater wells drilled and all water systems were linked throughout the municipality.

Water conservation programs were added and encouraged, especially in the hotel sector, as part of our Integrated Sustainable Community Plan."

The Green choice is a strong voice for the future of baby Sam, seen here enjoying a water-conserving bath in the sink, and his sister Isabel (in the mirror). Please support the Party focused on preserving our resources into the future. Help Elizabeth by supporting your local Green candidate.

You Can Help Keep Our Election Fair and Non-Partisan - SGI Greens Recruiting for Paid Work with Elections Canada!

Elections Canada recruits Deputy Returning Officers from a list provided by the party which placed first in each riding in the previous election. In Saanich-Gulf Islands, that is the Green Party. We are also asked to provide recommendations for Registration Officers and Revising Agent positions.  Positions are available for Election Day (October 19), or for the four-day period of the Advance Polls (October 8, 9, 10, 11).  Revising Agents work for approximately 33 days prior to the election, updating the voter list, beginning around September 17.

We encourage GPC members and supporters to apply for these positions. We are committed to a fair vote and a high voter engagement. We will be pleased to recommend anyone who is committed to carrying out these important duties in a non-partisan manner, in accordance with Election Canada’s regulations.

If you are a Canadian Citizen, and live and are eligible to vote in Saanich-Gulf Islands, please contact the SGI office, or email us for more information.

Elizabeth speaks one-on-one with interviewer Leanne Allen in front of a live studio audience. Please join us! The event is free and will be broadcast August 31 - September 30, 2015. For more information please visit the Facebook event page.

When: Saturday 12  to Sunday 13 September
Where: Ganges, BC


2015 Saanich Fall Fair, Saturday 5th to 7th September, Saanichton, BC
Please visit Elizabeth and other candidates at the Green Party corner in the Marketplace at the Fair!