Canadians have wanted to improve electoral system for decades. Now is our chance! A few points to consider:

Fact #1 We Need to Improve Our Voting System 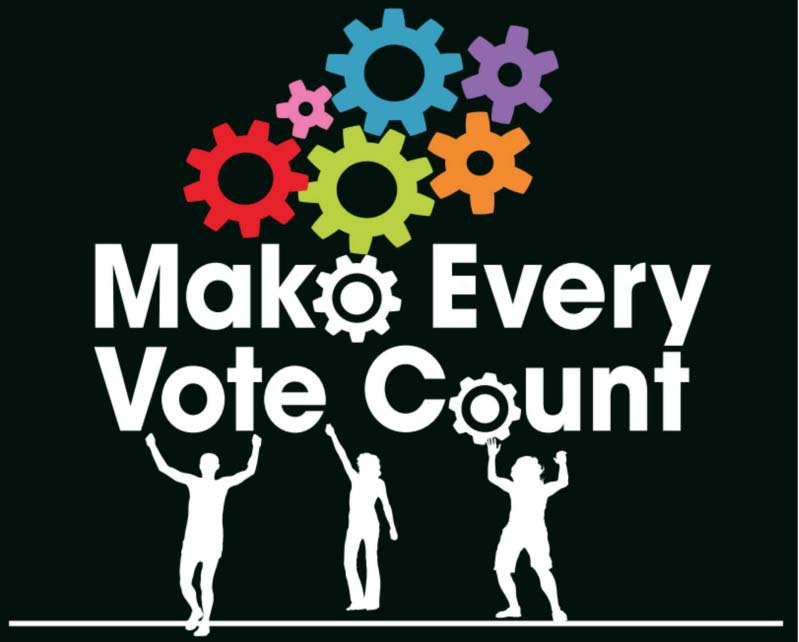 The old ‘if it ain't broke, don’t fix it' only applies if all is well, but as Canadian journalist Andrew Coyne points out, all is not well with our electoral system.

Our current first past-the-post (FPTP) system is an antiquated majoritarian, winner-take-all approach that fuels partisan politics. The reality TV show election south of our border is an interesting illustration of the divisive politics that are encouraged by FPTP.

The Broadbent Institute's submission submission to the Special Committee on Electoral Reform is another excellent summary of why electoral reform matters or you can watch Mr. Broadbent’s presentation on August 29 (starting at 7:04). He comments that a survey of Canadians right after the 2015 election discovered, “46 per cent voted for a party that was not their first choice”, so-called strategic voting for the party most likely to win to prevent a worse outcome. 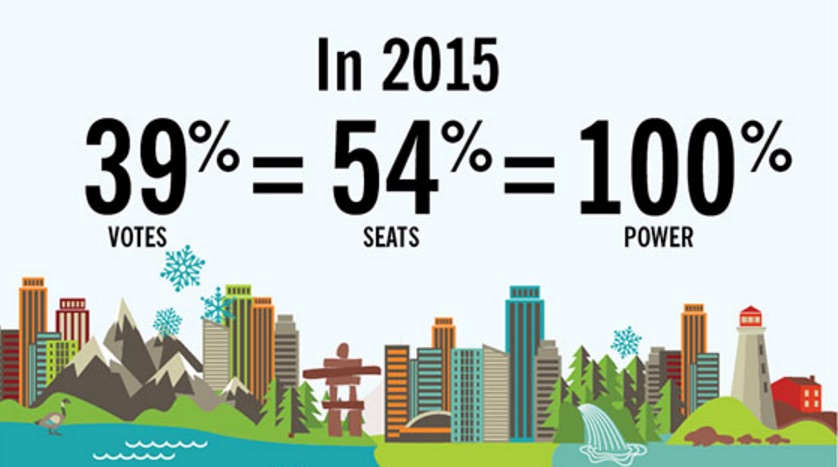 This is our chance to make history! A truly representative democracy is within reach.

The FPTP electoral system has led to over a dozen federal governments with false majorities, that is, governments with all of the power elected by less than a majority of votes. The current majority Liberal government was elected in 2015 with 39.5 per cent of the actual vote; the votes of over 9 million Canadian voters did not elect a representative.

One of the best (or worst) examples of the distortions caused by our FPTP system is the 1993 federal election. The Liberals gained a majority government with 41 per cent of the vote, the Progressive Conservative’s held onto only 2 seats with 16 per cent, and the separatist Bloc Quebecois party became the official opposition with 13.5 per cent.

We can make Canadian history by supporting a more representative, fair electoral system. The time is now!

Fact #3  Proportional Representation Will Not Lead to Chaos 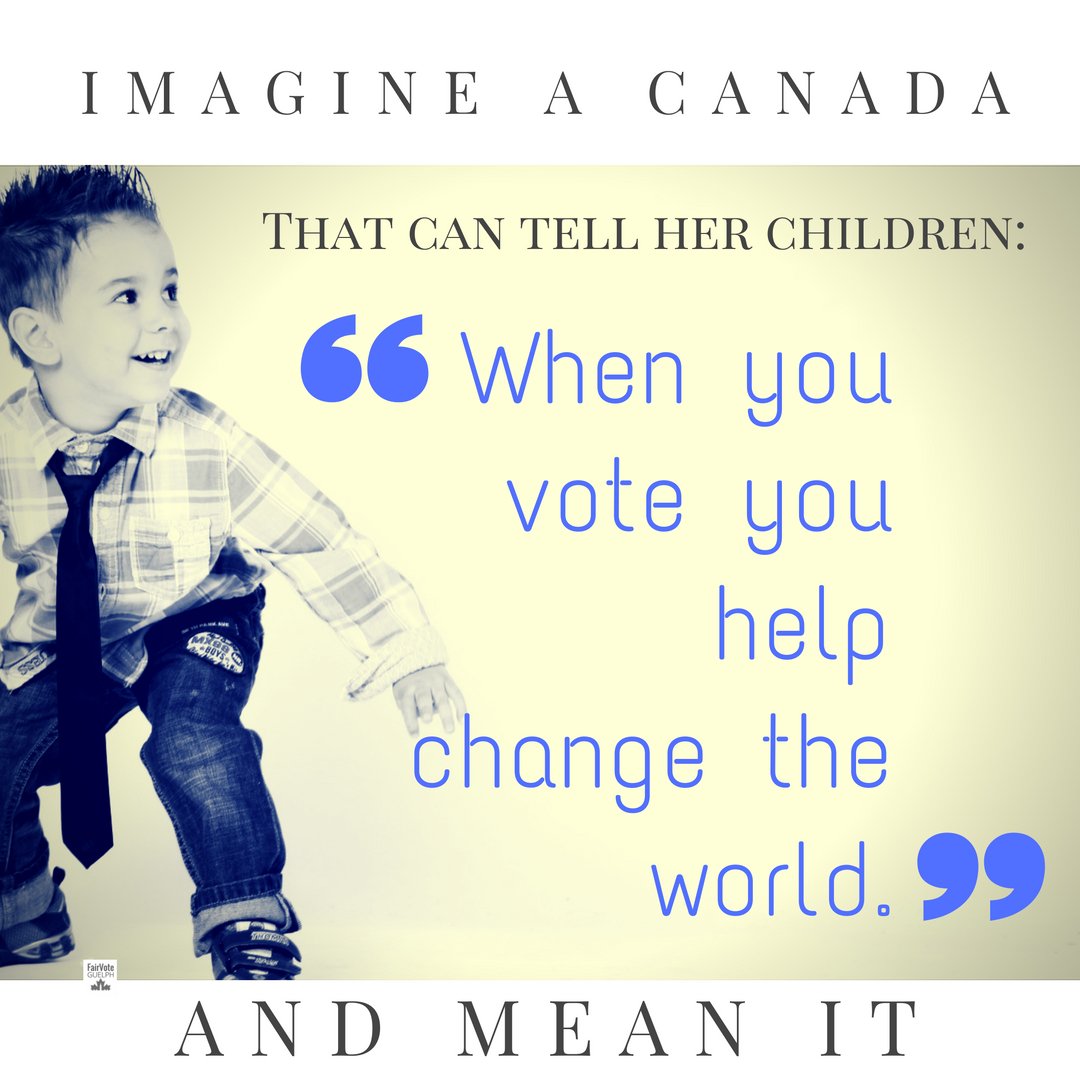 PR is working just fine for the democratic countries that use it.

Misinformation about PR is surprisingly common. Some suggest that it leads to extremist views having disproportional influence or that progress is paralyzed by the need for consensus.

This is neatly dismissed in Andrew Coyne: No, proportional representation would not turn Canada into a dystopian hellhole.

The more than 90 democratic countries with PR electoral systems have consensus-based democracies that successfully result in:

Fact #4  Canadians Are Being Consulted 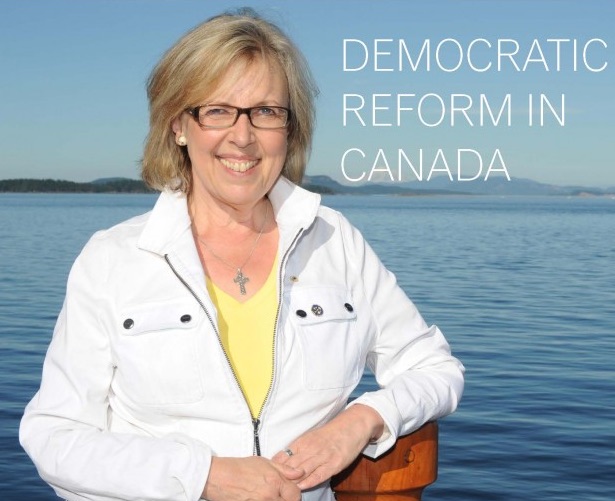 You can attend public sessions, watch the presentations, and send your thoughts to the Special Committee on Electoral Reform.

Elizabeth May is a full voting member of the Committee, actively championing a better, more fair system for Canada.

The Committee is intensively studying options and reviewing submissions from Canadians. Different electoral systems, online voting, and more are being carefully considered. The Committee has just started an intensive two-month schedule of consultations across Canada. Click here for the full schedule.

For more information and the latest news from the Committee, see our blog on the Special Committee on Electoral Reform.

Fact #5  Changing Our Electoral System is Not Too Complicated 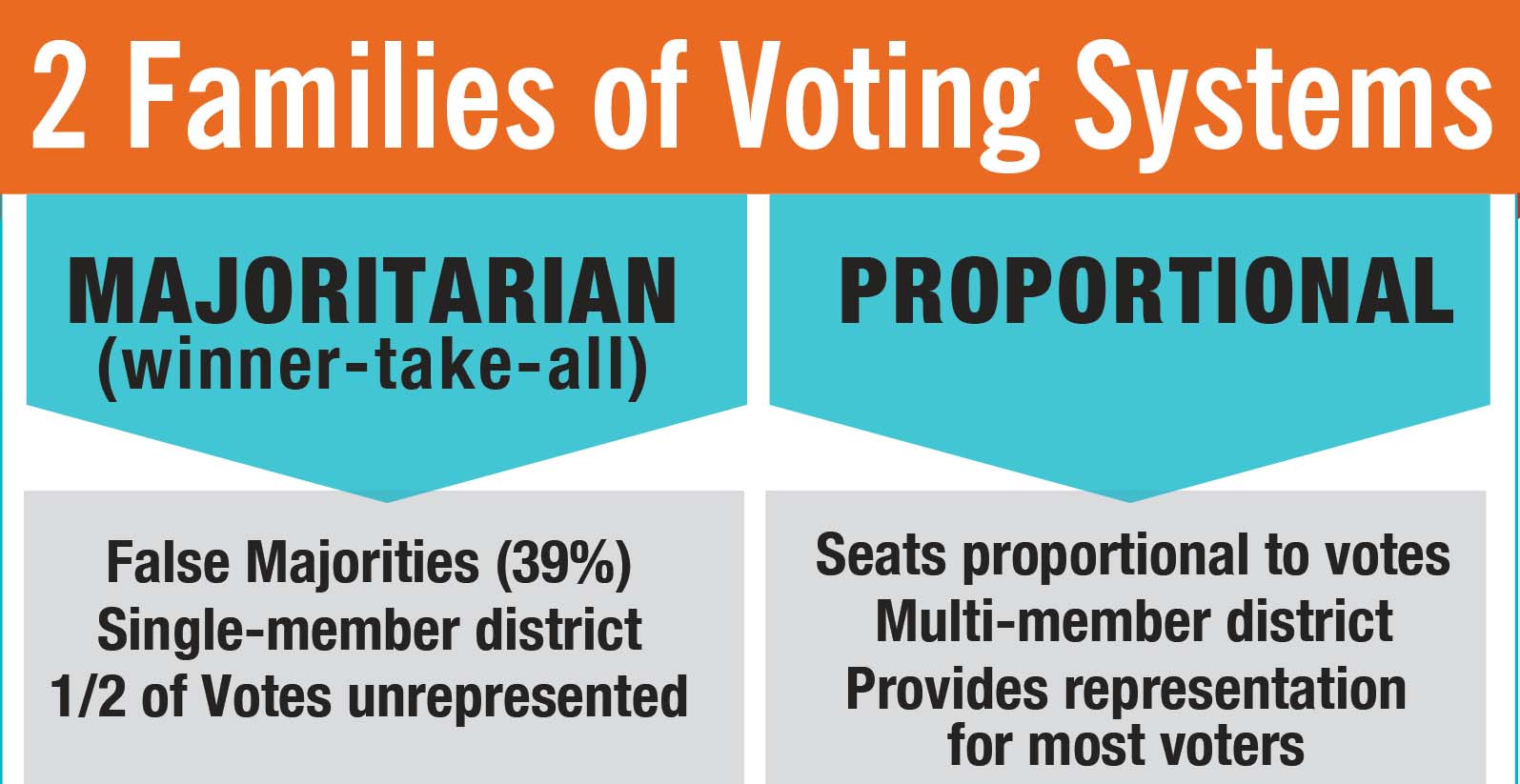 We have a great Special Committee on Electoral Reform receiving submissions from experts from around the world.

The Committee goal - to recommend the best system for Canada. Watch the testimony presented to the Electoral Reform Committee.

For details on the different electoral systems, Samara Canada and Fair Vote Canada have a wealth of information.

There is so much happening in September and Elizabeth is everywhere. Get the latest on Upcoming Events in Saanich Gulf-Islands by clicking here. 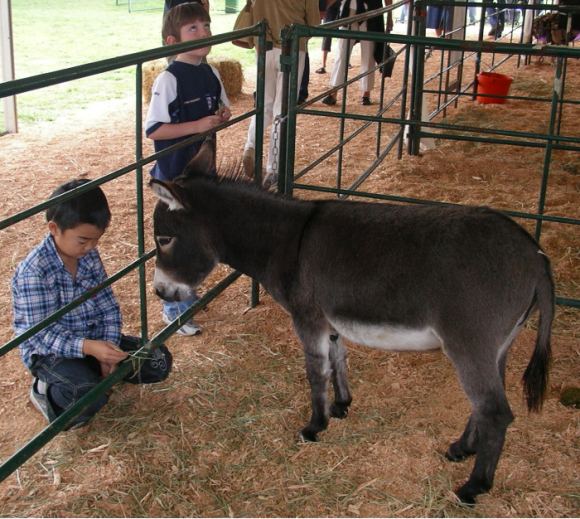 2016 Saanich Fair, September 3-5, Saanichton
Please drop by the Saanich Gulf-Islands Green Party booth and see what we have been working on. Elizabeth May is going to join us for some of the Fair.

When:  Saturday to Monday, September 3-5, 9:00am to close
Where: Saanich Fairgrounds, Saanichton, BC

Democratic Reform Consultation – Saanich Peninsula, Tuesday 6 September, Sidney
Join Elizabeth May for a Town Hall on Democratic Reform. Learn more about the work of the Electoral Reform Committee and the historic opportunity for Canada to improve our democracy. This is a free, non-partisan event. 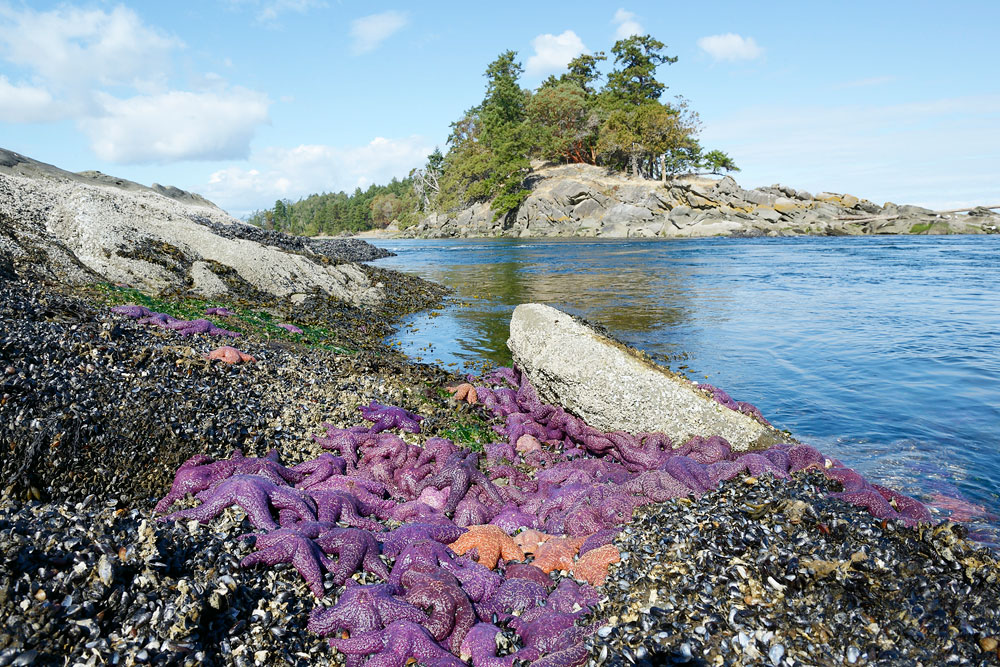 Democratic Reform Consultation with Elizabeth & Minister Monsef – Saturna Island, Wednesday 7 September
Elizabeth May, MP for Saanich Gulf-Islands, and Honourable Maryam Monsef, Minister of Democratic Institutions, want to hear from you on how to improve Canadian democracy. If you can't make it in person, look for the live feed on Elizabeth's Facebook page. This is a free, non-partisan event. 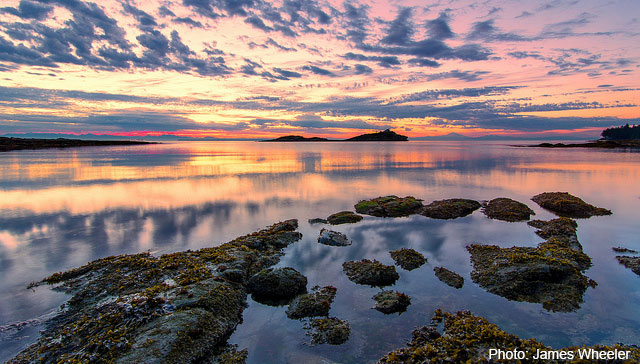 Salt Spring Island Pride 2016, September 8-11
Our MP Elizabeth May and Adam Olsen, Green Party of BC candidate for Saanich North and the Islands, will join the Pride festivities from 11am-2pm on Saturday 10th September. Check the event Facebook page here for the full schedule of Pride events. Contact Adam at [email protected].

Elizabeth May’s Town Hall on Pender Island, Tuesday 13 September
Elizabeth May will describe her important work on the Electoral Reform Committee, give an update on climate action, and answer your questions. This is a free, non-partisan event.

Climate Change Consultation – Saanich, Wednesday 14 September, University of Victoria
Elizabeth May, MP for Saanich gulf-Islands will host a climate change consultation. She will discuss climate action and listen to your views on what more is needed. This is a free, non-partisan event. 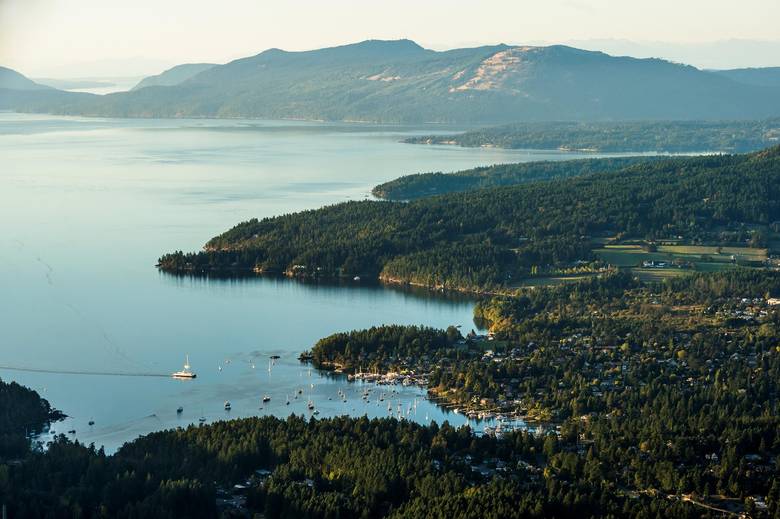 Climate Change, Democratic Reform and TPP Consultation Consultation – Salt Spring Island, Friday 16 September
Join Elizabeth May for a consultation on climate change, electoral reform, and the latest on the Trans Pacific Partnership. This is a free, non-partisan event.