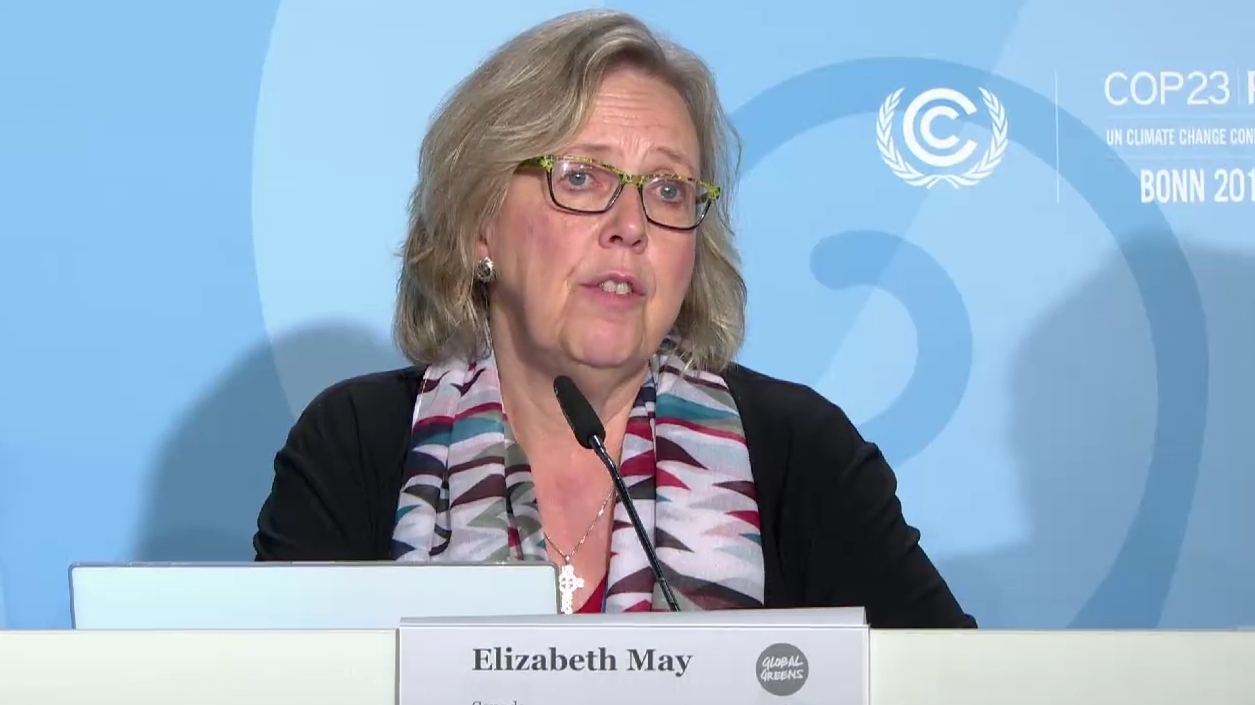 Every Conference of the Parties has a very similar schedule of work over a two week period.  Some have more work, more pressure and tougher issues to negotiate, but the pattern largely remains the same.  The first week is for diplomats and negotiators to work our final language and agreements on issues that themselves have been the subject of negotiations at various intermediate gatherings since last year’s COP.  Then, at mid-point on the second week, the subsidiary bodies finalize documents at plenary for a hand-over to their political masters.

The agenda shifts to the “High Level Segment” in which ministers show up and continue the process- with the additional authority to bring political decision-making to resolve issues the diplomats could not solve.

The high-level began this afternoon with the President of COP, and official host, Prime Minister of Fiji Frank Bainimarama gavelling the start.

The physical host government, Germany, was represented by Chancellor Angela Merkel who acknowledged that it was a “privilege and an honour to support Fiji...”    She then set out the many ways Germany was planning to move to implement Paris. My friends in the German Green Party are less than impressed with recent efforts.  After a very promising start under Kyoto in reducing emissions, since 2009 Germany’s emissions have remained steady. Merkel acknowledged that there are challenges in reaching their target of 40% below 1990 levels by 2020.  “We know we have a long way to go,” she added.

Just for comparison sake, Canada’s target (unhelpfully shifted to a different base year in a contamination of climate measurements initially pioneered by Stephen Harper) is 30% below 2005 levels by 2030.  Converted to 1990 levels, that would leave us ten years later than Germany and slightly above 1990 levels.  Repeating, Germany has a gap, but is largely on track to have reduced GHG by 40% below 1990 levels, ten years ahead of Canada’s pathetic reductions to 4% above our 1990 emissions.  But based on our current plan, it is estimated we will miss our target and be 12% above 1990 levels by 2030. (source: http://climateactiontracker.org/countries/canada.html)

Also of interest was Merkel’s acknowledgement that the on-going negotiations between the German political parties attempting to form government take climate change very seriously. As she courts Greens for what has been labeled “the Jamaica Coalition” – for the political colours of the Jamaican flag – moving to phase out coal more quickly will be on the agenda.  Chancellor Merkel did confirm Germany is aiming for carbon neutrality by 2050.

The next speaker, President Emmanuel Macron of France gave a surprisingly hard-hitting speech.  In the United Nations context, criticizing any other national leader, even by inference, is a no-no. But Macron directly named Trump as a threat to climate action. He stressed that his Climate Leaders’ Summit in Paris on December 12, a two-year anniversary of the negotiation of the Paris Accord, is the chance for everyone to step up and fill the gap created by Trump. He spoke in terms of rallying resources to replace every single penny Trump has pulled, while also ramping up the speed of transition away from fossil fuels.

Meanwhile, more negotiations continue.  Text must be finalized on a wide range of issues… more tomorrow!