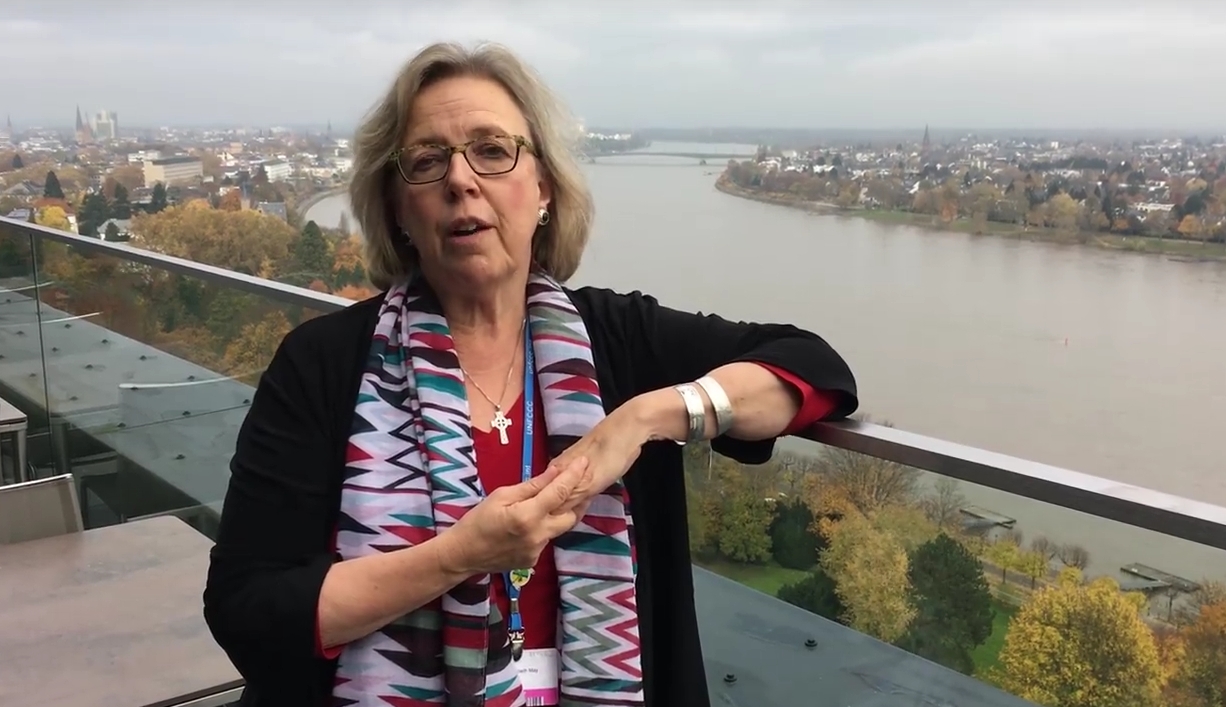 It’s Friday in Bonn at COP23 and negotiations continue in back rooms to resolve issues of long-term financing and details of various funds to assist developing countries. Still, within a few hours, the plenary rooms are booked for closing statements, so those residual issues are not likely to derail progress.

What is the nature of progress?

Well, first the good news that the bad news is limited. Efforts by the Trump administration to seriously damage the Paris Agreement have largely failed.  True, what is happening to the EPA within the US is dreadful.  And the US delegation here is continuing to slow down resolution on issues related to future financing commitments.  But the US mayors, governors, business leaders and civil society here at COP23, under the umbrella “We’re still in” Coalition have been highly visible and effective.

As Stephane Dion noted in a session this morning, the fear of a “domino effect” from Trump’s intended withdrawal has not occurred.

Macron’s planned Climate Leaders’ Summit December 12 in Paris is intended to mobilize nations committed to climate action to bring more resources to the table to completely replace the gap created by Trump.

COP23 itself has been an odd COP.  The venues are far from each other, sprawling masses of temporary hallways, meeting rooms and displays located a few kilometres apart.  The energy is deflated; work has felt dreary. The progress is fairly workman-like negotiations to have a completed “rule book” for the Paris Agreement prepared on deadline for COP24.

The external announcements, particularly Canada and the UK’s launch of the Powering Past Coal Alliance, provides a much needed sense of additional momentum.

But still, the targets are wholly inadequate.  One bright spot was a new commitment from New Zealand to be carbon neutral by 2050. The New Zealand Minister of Climate, James Shaw, announced the new government would bring forward a Climate Commission to advise on a new target, expressed in five year increments, and will pass a law requiring a five year report to Parliament on how much progress was being made toward their goal.  New Zealand’s new Labour Government (like British Columbia’s) was created by Green support and a Confidence and Supply Agreement.

Unlike the BC situation, NZ Greens negotiated four cabinet positions, but held outside of government.  So, not a coalition government, but having Green ministers who meet in Cabinet only on their own areas of responsibility – not in regular Labour Party full cabinet meetings. James Shaw is the Green Party co-leader and has been minister for 22 days.  It certainly is inspiring to know that electing Greens is the thing that made for one of the only new and strong commitments announced here.

In words that apply to Canada as well, James Shaw said in the High Level speeches, “Being small does not absolve us of responsibility.”  Canada may be a small part of global carbon pollution, but we could be a large part of the solution.