Elizabeth May, Leader of the Green Party of Canada, MP for Saanich-Gulf Islands 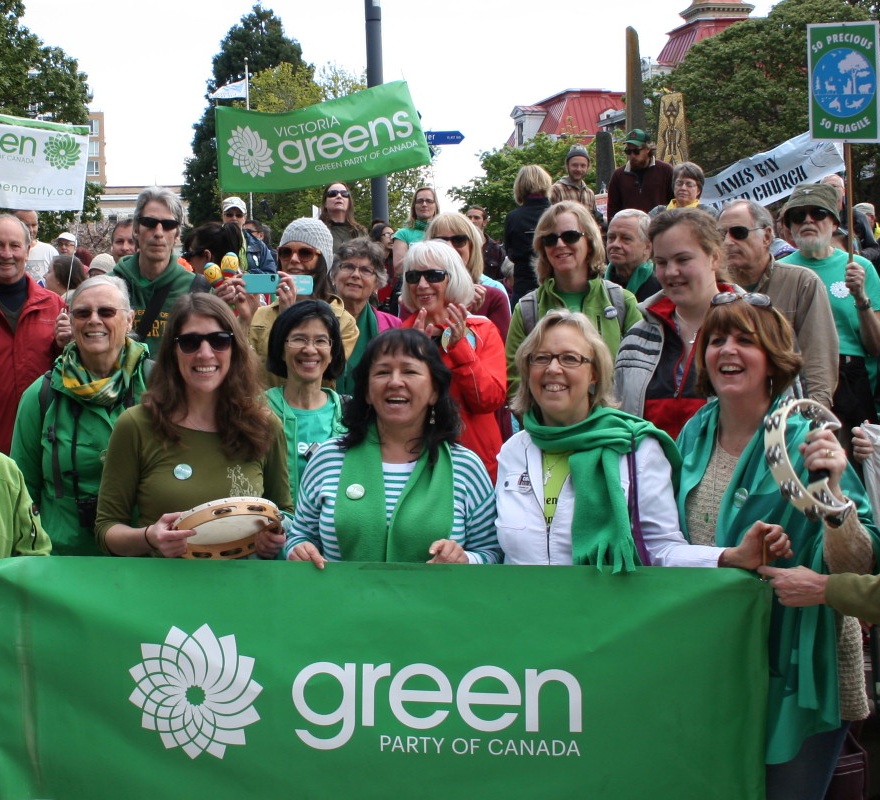 Elizabeth is a leader working for her constituents, for Canada, and a much needed champion for democracy and social justice.

At the end of May, it will be four years since Elizabeth May  was sworn in as the first Green MP in Canada. Please join us at the Rally to celebrate this milestone and help launch her re-election.

Elizabeth's collaborative approach and dedication led to her acclaim as Parliamentarian of the Year, Hardest Working MP, and Orator of the Year by votes by all MPs.

Elizabeth's work for her constituents, Canada, and for the future of our planet is an inspiration.  And now she is in the 2015 election debates!

As MP for Saanich-Gulf Islands and Leader of the Green Party of Canada, Elizabeth has a powerful vision for our country:

A Canada That Works. Together.

Electing Elizabeth as our Green MP works - we all benefit from real representation in Ottawa! Let's re-elect Elizabeth for another four years as the MP for Saanich-Gulf Islands. Pledge your vote! And help to elect more Green MPs. See the stellar roster of Green Party candidates for 2015.

Elizabeth May Works for her Constituents and Canada

Elizabeth May, Leader of the Green Party of Canada and MP for Saanich-Gulf Islands, is known for her diligent efforts on issues of importance to her constituents, and for the people of Canada. 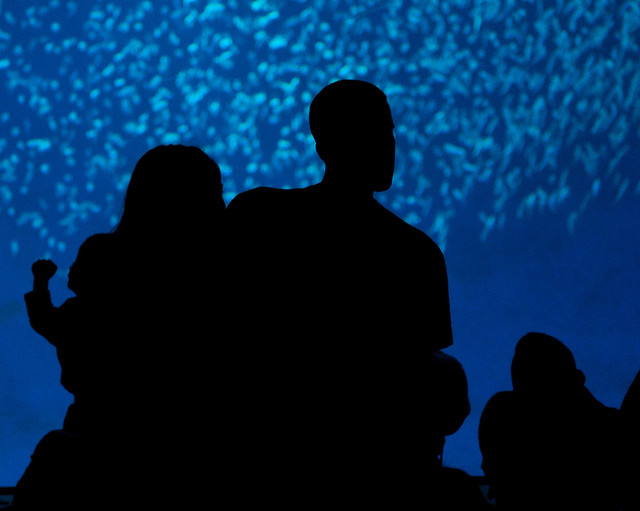 In 2010, Jennifer Lannan of Salt Spring Island thought she had finally jumped through all of the hoops to bring her husband Johnson to Canada. Yet the bureaucratic delays continued. The ruling by Canada that he was inadmissible seemed insurmountable.

In 2011, Jennifer and Johnson’s son was born and the family remained separated. In 2012, Elizabeth flew from Ottawa to Vancouver for the immigration appeal which was successful, but the struggle with red tape continued. Elizabeth persisted, working across party lines for the cooperation needed to reunite the family.

In 2013, Elizabeth told the couple that at last Johnson had a visa. Elizabeth’s persistent and respectful discussions with officials from multiple countries resulted in a happy reunion for this family on Salt Spring Island.

For all Canadians, Elizabeth stands on guard for democracy and our planet.

Elizabeth was the first federal leader to:
* Point out the blow to Canadian rights and freedoms by Bill C-51
* Alert us to the loss of our sovereignty from investor state treaties
* Challenge omnibus budget Bill C-38 that repealed our Environmental  Protection Act
* Protest yet another omnibus budget whipped through the House, Bill C-45, that gutted the Navigable Waters Protection Act, removing over 99 per cent of Canada's lakes and rivers from federal environmental oversight

Elizabeth consistently:
* Challenges anti-democratic legislation that the Harper regime proposes
* Demonstrates a principled stance on climate change
* Is welcomed as an environmental lawyer and climate law expert at the COP    meetings of the UN Framework Convention on Climate Change 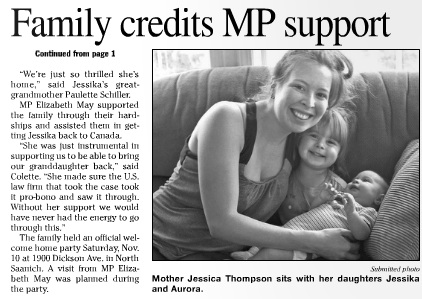 In 2012, Elizabeth's support for another Saanich-Gulf Island constituent, Jessica Thompson, helped to reunite her family in North Saanich. Ms. Thompson’s young daughter was caught in a cross-border custody battle. She went to visit her biological father in the U.S. in 2011 but was then kept there.

Elizabeth helped Jessica to find a lawyer in the U.S. and convinced him to take on the case without charge. She traveled to New Hampshire to support the family through the hearing. Ms. Thompson's then three-year-old daughter was finally able to return to her family in North Saanich in late 2012. 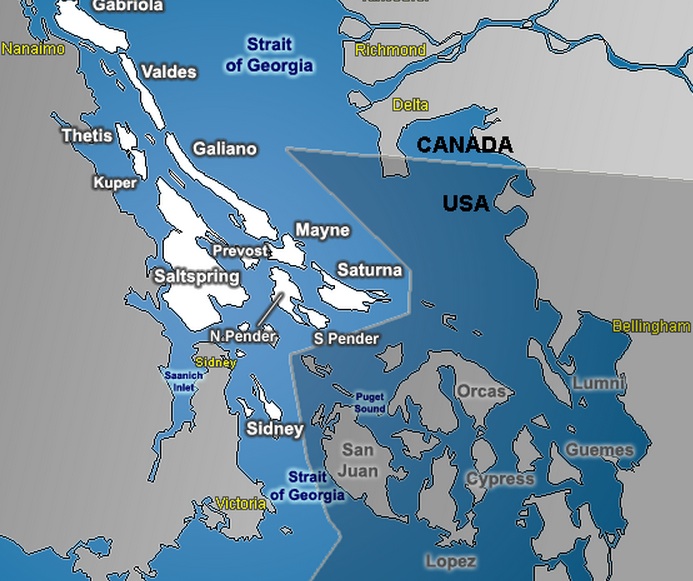 In 2013, a First Nation’s man, Richard Jerman, was swept up in another cross-border issue, one that threatened to take him from his family on Penelakut Island (also called Kuper Island). The Canada Border Service abruptly took Mr. Jerman from his home on the Penelakut Reserve. He was shackled on route to detention.

On hearing of his arrest and imminent deportation, Elizabeth May protested, expressing shock and concern. Her press release led to public calls to free him.

Decades ago U.S. born Mr. Jerman moved to Canada with his wife, Maria George. Together they have four children and 14 grandchildren. He is valued as an active community leader, as a youth mentor, and as a teacher of traditional skills.

Mr. Jerman was detained for two days pending an immigration hearing. The reason - he had no official First Nations or Canadian status, so was considered to be a foreign national in Canada illegally (for 37 years!). Outraged commentary in the media highlighted the injustice.

Elizabeth helped Mr. Jerman to find a lawyer and fundraise for the costs. She prepared a detailed personal letter to the Ministry of Immigration to help Mr. Jerman apply for legal permanent residence status in Canada. He was able to return to his family on Penelakut Island in the riding of Cowichan-Malahat-Langford.

There is an excellent Green Party candidate, Fran Hunt-Jinnouchi, that will be running to represent this riding in the 2015 elections. 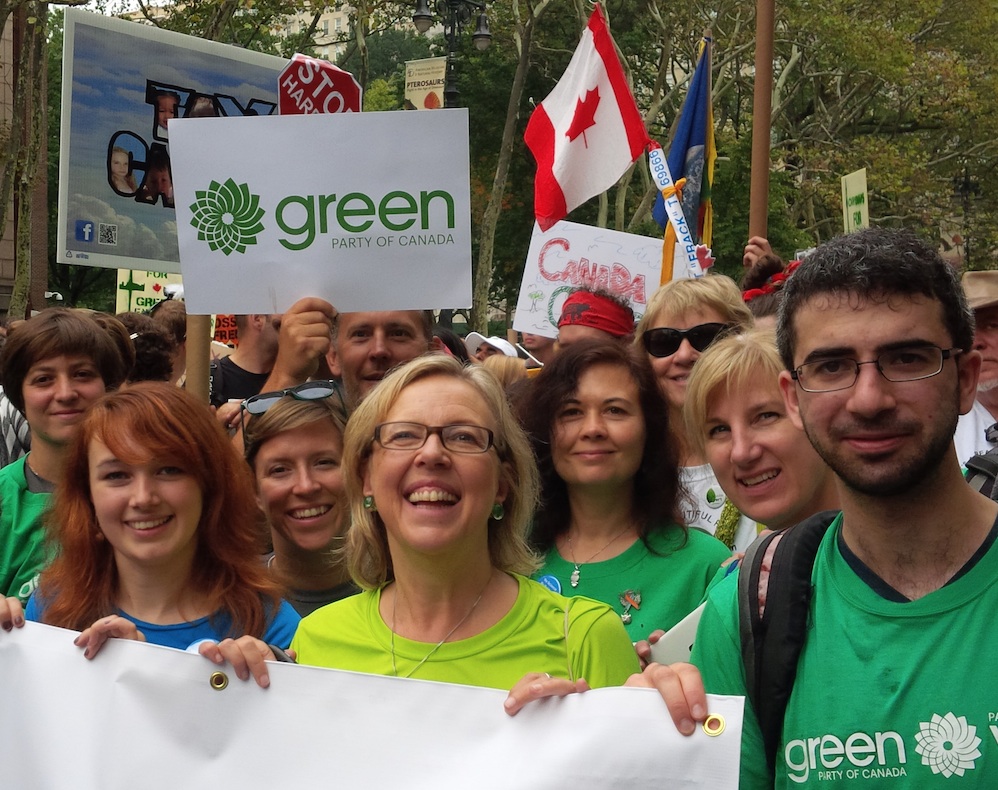 On Friday 24th April, 2015 the Canada Revenue Agency (CRA) mistakenly sent an email message delaying the deadline for income tax returns, and then retracted it the following Monday.

Sidney accountant Chris Cowland immediately noticed the retraction. The extension had been an apparent blessing, the retraction a potential financial disaster for his clients and many other Canadians. Chris alerted his MP - Elizabeth.

Elizabeth’s strong positive relationships with her colleagues in Parliament from all parties, allowed her to bring the issue to the attention of federal Revenue Minister Kerry-Lynne Findlay. The reversal was reversed, the due date extended.

Elizabeth stands up for her constituents and Canada. It's our turn to stand up for our representative in Parliament. Join us for the campaign launch and fundraiser Elizabeth May and Friends 4th Anniversary Rally: The Time is Now.

Tickets for the Rally are free but space is limited. Your RSVP to the Rally is greatly appreciated.

You can volunteer for the Rally, for phone and foot canvassing, and join us for many other exciting opportunities to support Elizabeth May, the Green Party of Canada, and our planet. Donations for Elizabeth’s re-election are welcomed.

David Suzuki Book Launch - Letters to My Grandchildren, Saturday May 30th, Sidney at 2 pm
David Suzuki launches his new book, draws on the experiences and wisdom he has gained over his long life and offers advice, stories, and inspiration to his six grandchildren. Presented by Tanner’s Books. Tickets are $12.
When:  Saturday May 30th, 2 pm
Where: Mary Winspear Centre, 2243 Beacon Ave., Sidney BC

Town Halls with Elizabeth May  - June 12th to July 14th, across Saanich-Gulf Islands
Canada’s hardest working MP continues to reach out and listen to her constituents. See Elizabeth’s schedule for a Town Hall near you.

Come join the excitement - be part of the wave! Canvass with us to build the community!
Volunteer - Vote - Victory!  Please visit our new Youtube channel!