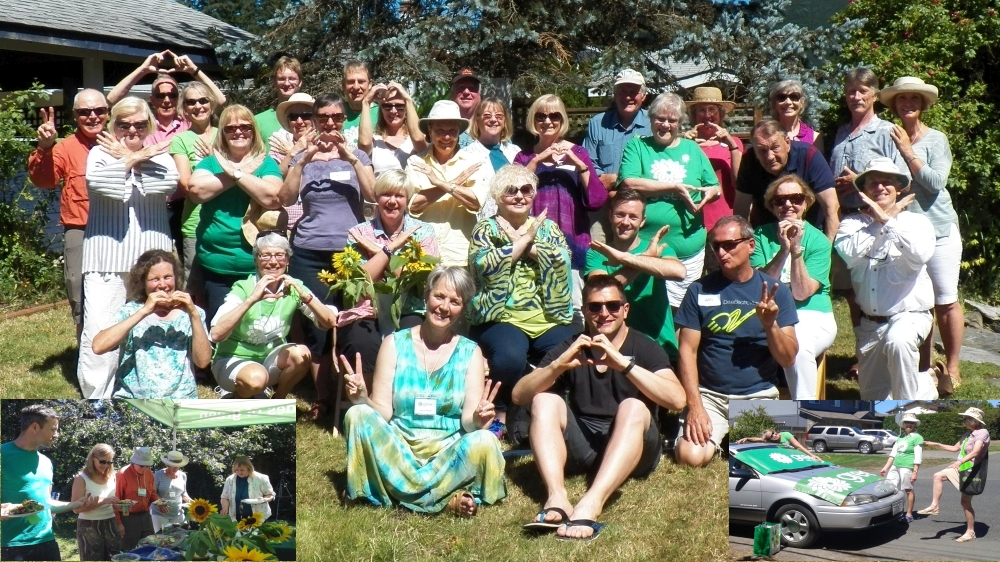 Last Sunday we had a special picnic for the fabulous volunteers currently active in the Green Media Groups, the Events Team and the new Executive Committee. It was a great opportunity to meet one another and celebrate all we are doing to support Elizabeth and the Green Party!

Those who couldn't make it were greatly missed. Lynn opened her stately home and garden to us and we set up our big green tent between her raised beds and her apple tree. It was a potluck and as usual the food was absolutely fabulous. We had fun with "a parlor game on the lawn" that Dave and Lil taught us and then offered an open mic for anyone who wanted to share why they are so passionate about being part of our Green family. Ten people grabbed the mic and told their story, all were inspired.

We took a group photo to send to Elizabeth who was deeply disappointed that she had to miss the event to make her way to Ottawa for a full week of hearings. Seven to be exact. My challenge was to join the Green Media Teams and be on deck for these hearings. Monday, the day of the first hearing was also the day I traveled to Vancouver to speak at a potluck with the first Green Media Group in Vancouver. Wifi on the ferry was so unreliable I missed big chunks of the proceedings. 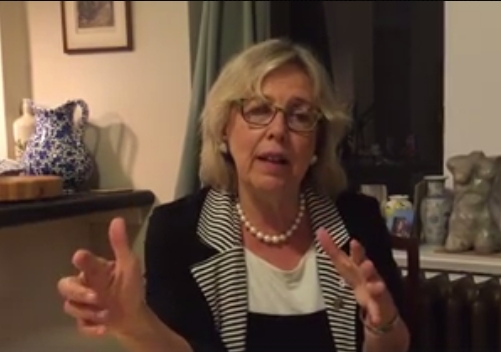 The first of three meetings on Tuesday started at 9:30 Eastern. For three days some of us rolled out of bed at 6:30 and onto our computers to tweet the action at #ERRE. And what a fabulous round of meetings it was. Especially the last one on Thursday morning. It was exhilarating and a must watch! You can catch up with all the meetings and watch Elizabeth's fabulous video blogs here. Please share with friends and family.

And then just as we are flying high on the progress with electoral reform we are hit by this sad news: "I am deeply disappointed that fed‎eral Minister of Fisheries and Oceans, the Hon. Dominic LeBlanc, and Transport Minister, the Hon. Marc Garneau, have issued permits to allow BC Hydro to destroy more of the Peace River. I really believed this new government would honour its word to First Nations,” said Elizabeth in a breaking press release. As Elizabeth boarded the plane in Ottawa, the scramble on twitter continued into the night. Optimism and hope for electoral reform washed into deep disappointment by the news about Site C.

Now I'll be taking a two week break from this adventure and leaving you to find other readings for your first cup of Sunday morning Java. I'll be seeing some of you at the GPC Convention in Ottawa. We'll all be back together on the 21st of August just in time for the next round of Electoral Reform Committee hearings and to invite you to the Saanich Fair. In the meantime don't forget to tweet4canada and enjoy your summer fun.