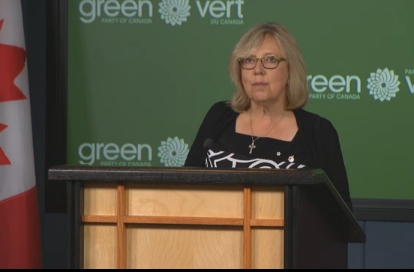 Many of us rolled out of bed on Monday morning just in time to hear the news that Elizabeth would be staying on as leader of the Green Party of Canada. Some of us even watched her live on CPAC at 7am Pacific. No one, including Elizabeth knew what her decision would be until the Federal Council meeting adjourned late on Sunday night.

In her press conference Elizabeth not only gives us her decision but walks us through the process by which it was arrived and the careful considerations that went into making it. She talks about a “teachable moment” and explores the parallels between Electoral Reform and her reflection on the process by which the Green Party of Canada adopted resolutions at our recent convention.

“Consensus decision making works better than winner take all decision making. It will work better for the electoral system of Canada and it worked better for the Green Party.” Elizabeth expressed confidence that our Federal Council and Shadow Cabinet will work together in looking at a process that assures us as a party, that we haven’t strayed from our values. “If you want good decision making, your best decisions come from working together until you find your common ground... We are, in our very bones, a party that believes in consensus based decisions that bring everyone together.”

In the Q&A that follows Elizabeth talks about her love for the fact that the Green Party walks the talk of grass roots engagement. The leader of the party is not the boss: "That is the essence of Green Party philosophy." There is much more of course. A nine minute statement is followed by almost 40 minutes of candid Q&A. And then there is this interview on CBC: "Consensus takes time" and this comprehensive interview on Richochet.  You can also review the content of the Federal Council's resolution in this press release from the Green Party of Canada. 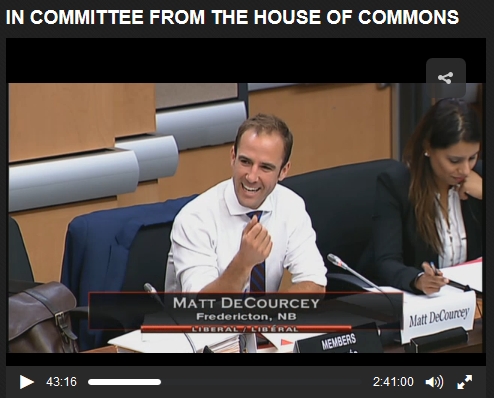 As Elizabeth points out it was serendipitous that just a few hours later, that very same day, she would be hearing the testimony of one professor Arend Lijphart whose exhaustive study of electoral systems separates them into two categories. 'Majority Oppositional Systems' such as FPTP and Ranked Ballot on the one hand and 'Consensus Based Systems' like Proportional Representation on the other. He confirms that Consensus Based Systems make for better decisions and more stable governments. Of course you can catch up on all the testimony and watch Elizabeth's video blog here.

But the real reason why Elizabeth's leadership is so important, not only to the Green Party but to Canada and indeed the world, is her relentless determination to set the standard for collaborative, trans-partisan, consensus based government that unites instead of divides the citizens behind a common purpose: "To work for justice, for peace, and for a planet that can survive with a human civilization that thrives." Even though Elizabeth and the Green Party didn't get a mention on this week's "The House", I found our Green values permeating the discussion.

A few weeks ago the Parliamentary Secretary of Defence was in Sidney and heard, in his words, more people talk about peacekeeping than at any other town hall he attended across the country. Now we see a new commitment to Canada's peacekeeping role in the UN. According to Canada’s Ambassador to that global body, the world looks to Canada, trusts Canada, to lead. The discussion is focused around Canada regaining its role as part of the global leadership. Canada is re-emerging as a responsible partner making real contributions to a better world. 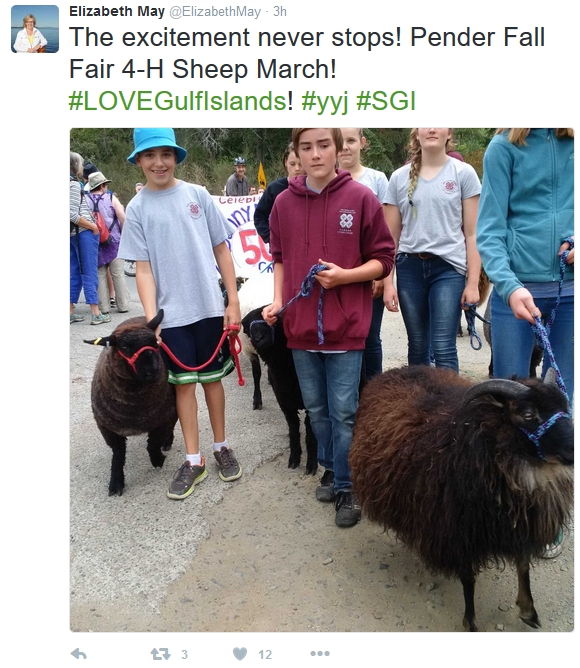 The second piece on The House talks about Trudeau’s relationship with unions and their concern about the trade deals. Again our fingerprints are all over this conversation. The unions are working with the new government and appreciative of open doors and new opportunities while still holding them to account. “Our Union is all about trade but these deals are problematic, why? Because both these deals have investor state agreements that allows foreign corporations to sue the Canadian Government.” Sound familiar? “The reality is there is something they can do about it.”

The labour movement is doing what Elizabeth has done for years. Reach across the partisan divide and work together towards good policy. And like us, they are doing it without abandoning their roots. Listen for yourself and hear the thread of 'Green Values' based consensus building, resonate through the conversation. “People just want good government. People want honest government.”

And that is why our Federal Council deserves our full support. Their decision last Sunday night signals a renewed commitment to strengthen the core of our fabric. And Elizabeth has re-affirmed her commitment that she will work with them to ensure that our own organization never losses sight of the principles we champion every day. Together they have dedicated themselves to nurturing opportunities to work in close collaboration with mutual respect and admiration, to build not only a better party but by extension, a better country. 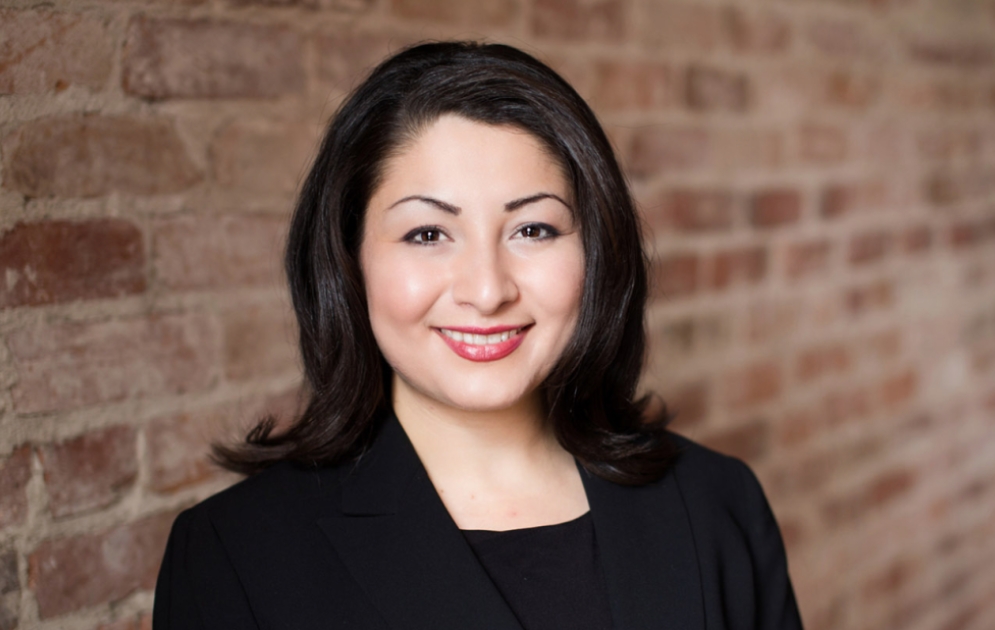 After spending the day at the Pender Island Fall Fair yesterday Elizabeth will be back in Ottawa tomorrow for six more committee hearings. They will be live on Monday at 11am Pacific, Tuesday at 6:30am and 11am, and Wednesday at 6:30, 11:00 and 15:00. You can join Minister Maryam Monsef and others who follow and support the action by clicking this link, or visit CPAC and look for the Special Committee on Electoral Reform to see the live video. And in case any of you plan to appear before the Committee mark Tuesday September 27th on your calendar now. The ERRE Committee will be in Victoria. For a full fall schedule click here.

And speaking of the Minister, here is the news you've been waiting for all week. Yes, the Honourable Myriam Monsef, Minister of Democratic Institutions, will be joining our very own Elizabeth at a super special Town Hall on Wednesday September 7th (at 7pm) right here in our riding at the Saturna Island Community Hall on, you guessed it, Saturna Island! The hall is just a short walk from the ferry landing and so this fantastic event is a great opportunity to visit this wonderful jewel in the Salish Sea. Bring a friend and lets welcome the Minister to our paradise. Of course there is a whole string of Town Halls. Look for the posters or click on this link for details.

But before that, we will see you all at Fair! Yes the Saanich Fall Fair is right around the corner and we are filling up our volunteer roster, thanks to all of you who stepped forward so far. We still have a number of volunteer slots that need filling so if you have some time over the long weekend and wish to join us please get in touch. You can reply to this email or call me at 778-351-3335. Elizabeth will be there and we will have a blast! 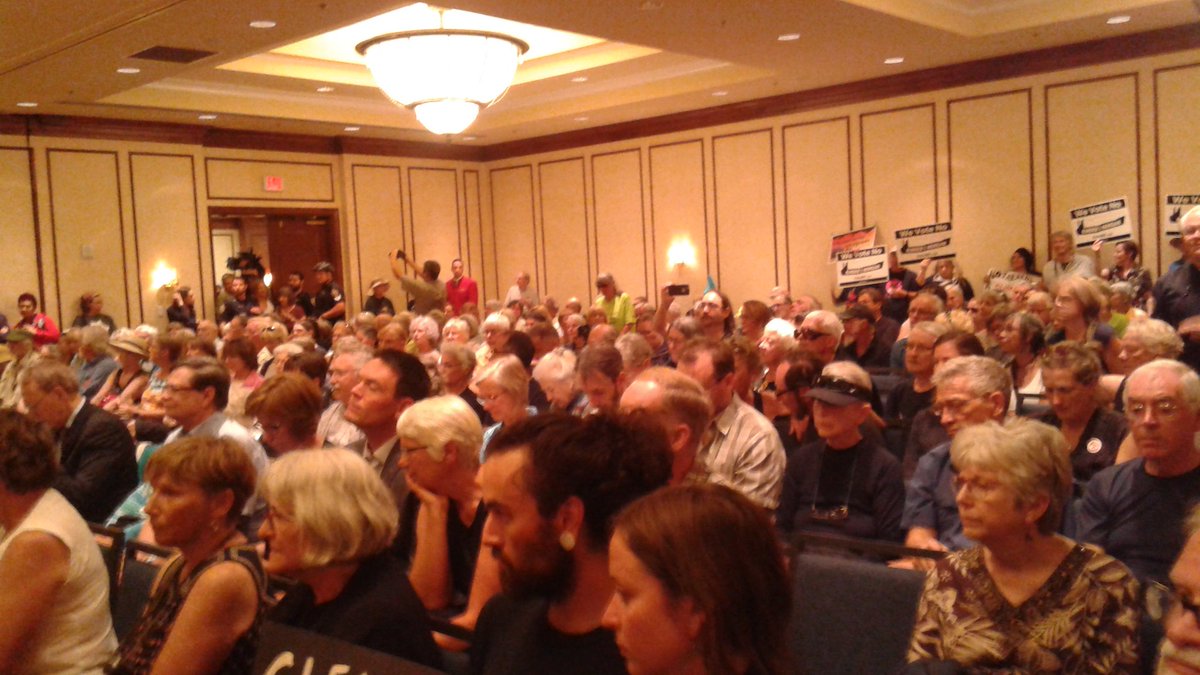 Finally, thank you to everyone who took the time to raise your voices in defense of our coastal paradise and all the wonderful sea life that surrounds us. The room was packed with an estimated 200 attendees and over 100 outside that spontaneously broke into a rendition of our national anthem. The clear consensus at this Kinder Morgan panel meeting was that the community is united against this proposal and that the NEB process of consultation remains broken.

See you at the Saanich Fair,
Thomas