Political Will - the Future of Carbon 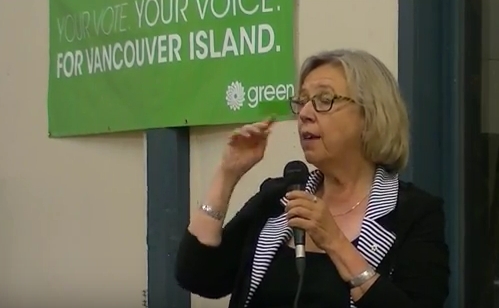 "You can't get out of a hole while you are digging it at the same time." Elizabeth told the House on Monday morning. "The era of procrastination, of half measures, of soothing and baffling expedience, of delays, is coming to its close. We are entering a period of consequences." Elizabeth knows because she has been working on this stuff for a long time. Here is a recent video of her telling an audience about her experience with battling acid rain while working in the Mulroney administration. The point is that when faced with the reality of the moment we can adapt. Whether it's under Churchill, Mulroney or Trudeau if the political will is there, we can do the seemingly impossible.

But political will is not just the determination of politicians. Political will is much broader than that. In a democracy, political will is the culmination of influence that manifests itself in action. So who exerts that influence? In a recent Tyee article we are told how B.C. economist Robyn Allan warned Jim Carr that the information he is receiving is flawed. This reinforces the point we come back to again and again. Lobbyists and civil servants are mired in old world thinking and that is what they feed to ministers. The first rule of democracy is that you have to show up. Greens need to offer an alternative view and Elizabeth works tirelessly to do just that. 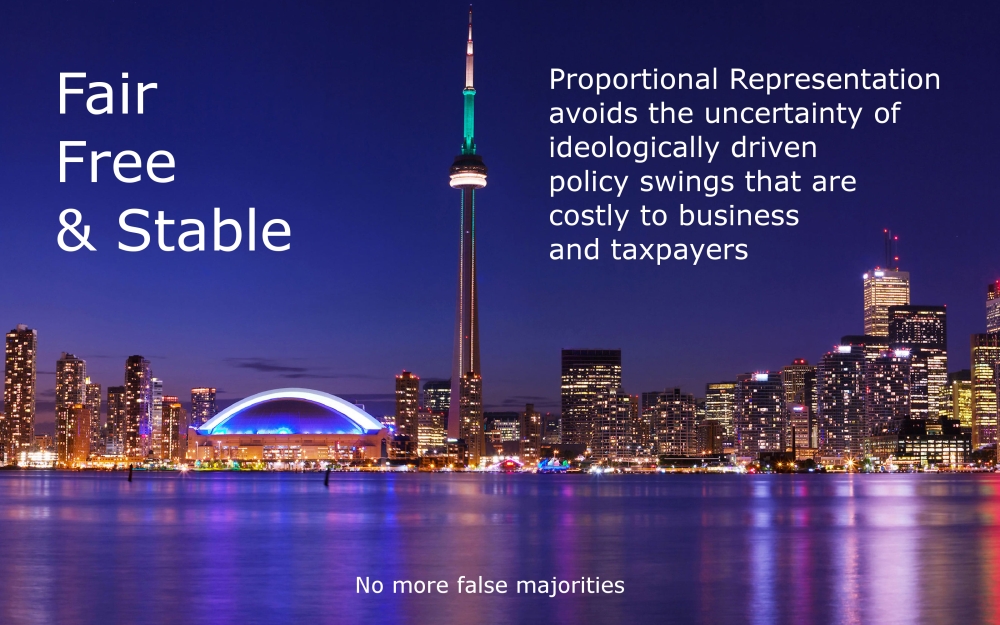 Our favourite MP gave the above speech in the House of Commons and then offered this passionate followup before rushing to Montreal to rejoin the #ERRE hearings' final week of gathering testimony. While in Montreal, Elizabeth found the time to appear on CBC's The Current. The interview gives much airtime to a representative of the Fraser Institute who presents the idea that carbon pricing is a tax grab when in fact there is a clear commitment to return every dollar to the provinces. Ironically it is this representative who also makes the argument (at 9:18) that ideological policy swings are tough for business which is a key point in favour of Electoral Reform and Proportional Representation.

As this interview with Mark Mayrand, Canada's electoral commissioner demonstrates, the press plays a key role in directing the public discourse. Mr. Mayrand repeated what he told the committee earlier this summer; it will be tight but Electoral Reform can be done. And while it should have the support of more than one political party in the house (which it does), it is up to parliamentarians to decide. Yet Evan continues to suggest that a referendum is necessary and in the byline of this interview the editors state: "The Liberals promised huge changes to the electoral system, but a referendum might be in order." In the same vein this iPolitics piece by Susan Delacourt uses Mark Mayrand's comments to lower expectations about the success of Electoral Reform.

All that to document how political will is not just the purview of politicians. All of society has a role to play to create political will and those with deep pockets and loud megaphones often play a disproportionate role. I'm happy to report that today Elizabeth is the special guest on the Scrum Panel of CTV's question period discussing the Carbon Tax. It's something Greens have championed for a very long time and our Carbon Fee and Dividend proposal would actually render most of the conservative arguments against the tax mute. Yesterday on CBC's The House Catherine McKenna and Scott Moe weighed in the tax just before a good friend of Elizabeth's, Julie Gelfand, exposed the lax attitude of our nuclear regulators. 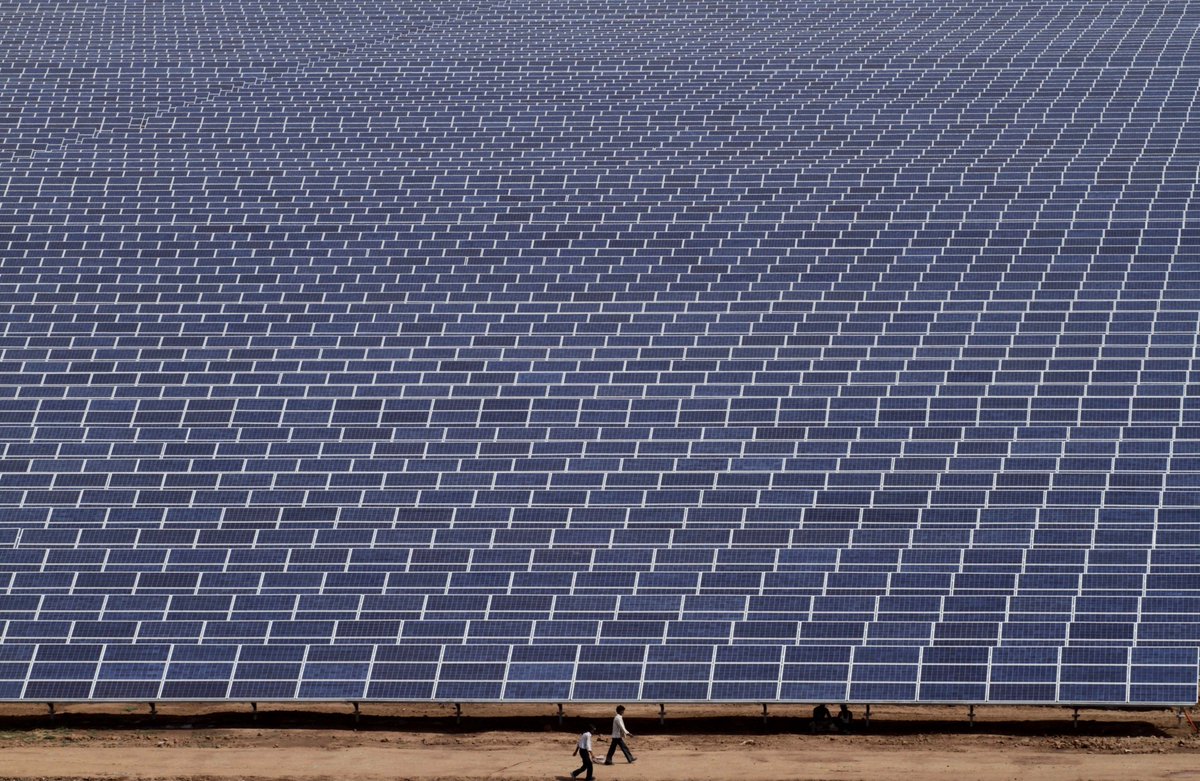 Canada needs Elizabeth May and the Green Party to be there. We need to be the alternate voice on climate issues that rings in the ears of ministers like Jim Carr. They need to hear that approving pipelines and tankers at a time when solar and wind are taking the energy industry by storm is bad economics as well as environmentally irresponsible.

There was a time in history when futurists predicted the collapse of New York City. Why? Because at the rate of growth it was experiencing it would become impossible to transport the horse-manure it generated out of the city and so it would melt into a cesspool of disease. Pity the misguided decision makers that invested in manure liquefaction and pipelines to get it to tidewater.

As Ronald Wright likes to remind us: "Every time history repeats itself, the price goes up." We are indeed entering a time of consequences. As Greens we have the responsibility to champion an alternative future. A future that reaches beyond the cynicism of the status quo. A future that embraces solutions and seeks consensus around the challenges we face as a civilization. We believe in building bridges, not walls. We believe in overcoming obstacles. We believe that all voices should be heard. That’s why we are championing a consensus-based governance model for the country. We believe that wherever we can, we want to bring people of good will together, not drive them apart.

Elizabeth is working hard to make sure we keep our eyes on the ball. So let's stand beside her and offer an alternative to the politics of fear. We can support Elizabeth in her quest to help her colleagues in the house step over the gridlock of old world thinking. How? Take this tweet that Elizabeth retweeted yesterday for example, follow the link and share the information with as many ministers as you can. Let them know that you know the age of pipelines is past. Canadians are counting on us to show how we can solve problems collaboratively by exploring the consequences and repercussions of our actions with great care and deliberation. That goes to the core of what makes us Green. And Canada needs more Green.

That's also why we need to speak credibly, with one voice that is built on consensus. And to do that we have to preserve our constitutional commitment to consensus-based governance. If you are a voting member of the GPC you probably have already received a personal email from Elizabeth. If you have not done so already, please take a moment and read Elizabeth's blog. Then look among your emails for a ballot from the Green Party of Canada. It was probably the first email you received on October 7th. Voting against G16-c008 is a simple and easy way you can support Elizabeth today.