How we make decisions

So I've been asked by a lot of people about what's been going on in the Green Party lately. There is a Special General Meeting in Calgary this December, the ratification vote of constitutional resolutions, and much discussion on social media about what happened at Convention last August. When I receive feedback from my readers it often involves an expression of appreciation for connecting the dots on pertinent issues. So I thought I would spend a little time here today putting some of these internal governance issues into context. 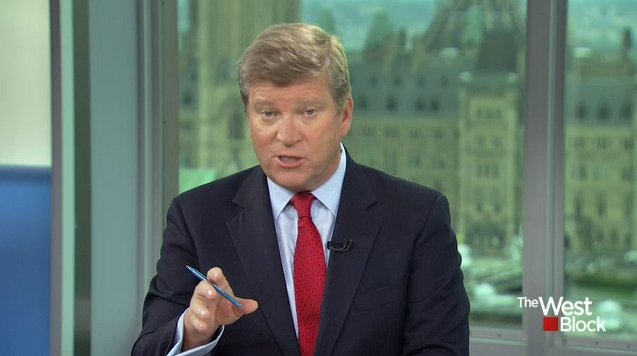 Most of the fabulous volunteers I've had the honour of working with since being canvassing coordinator for Elizabeth in the last campaign, have inspired me because they have shared with me what attracts them to the Green Party. When I first ask the all important question, the answer is simple: Elizabeth May. But when I probe a little I discover it's not really Elizabeth; her style or her flair, but what she stands for. Elizabeth May offers us a level of authenticity that when combined with her brilliant mind and steadfast principles is rare to find in a human being, let alone a politician.

It is that quality that has earned Elizabeth the respect of her fellow parliamentarians across the political spectrum and makes her a household word across Canada. Elizabeth has spent a lifetime championing the causes of environmental justice and knows her way around the halls of power. She has learned that while protest movements play an important role in our society, real change only manifests itself if there is political will. That's why she worked tirelessly to expose the shortcomings of the Harper government during her first term in parliament. That's why, under this new false majority, Elizabeth feels like she needs to be everywhere at once to inform and hold Ministers accountable for the actions of their departments.

And now she is championing a historical opportunity to catapult our antiquated electoral system into the 21st century. Electoral Reform promises to transform the Canadian parliament from a hyper-partisan embarrassment into one that operates by consensus. You might ask why Elizabeth is spending so much time on governance? Why does she not concentrate exclusively on the pipeline decisions, the trade deals, the carbon targets, the minimum income? Why all this fuss about how we vote? Because as Elizabeth explains, to anyone willing to take the time to listen, "how we make decisions affects the decisions we make."

Many of you know that one of my roles in the Green Party is to travel across the country and meet with local EDAs and their volunteers to network them into a Green Web of Engagement. Essentially the idea is for folks to gather socially, which usually involves plenty of scrumptious food, and discuss the issues and policies of the day. We then take that community engagement and forge linkages with other similarly organized groups across the country. It's fun, inspirational and exciting because it synchronizes our voices as we deepen our understanding of the issues that shape our collective future.

This is a very, very Green thing to do. Greens believe in building bridges, not walls. We believe that all voices should be heard. We believe that wherever we can, we want to bring people of good will together, not drive them apart. Developing a community committed to solving problems collaboratively by exploring the consequences and repercussions of our actions with great care and deliberation, goes to the core of what makes us Green. And that's why what happened at convention last August has sent shock waves of astonishment through the party membership.

"How we make decisions affects the decisions we make," is one of the primary arguments Elizabeth used as she spent her summer in hearings with the Special Committee on Electoral Reform mandated to develop a "made in Canada" voting system that replaces first-past-the-post. So to say she was heartbroken does not begin to describe the anguish Elizabeth felt on the third day of our national convention, when she found herself in a plenary where a simple suggestion by the chair to give her an extra 30 seconds to speak, was met by jeers and a call to force the vote under Robert's Rules of Order.

It was as if her own party serendipitously conspired to demonstrate the treachery of winner take all governance. The resolution that invoked such hostilities was certainly a contentious one with far reaching implications even if it was mostly symbolic. And yet there was no opportunity to explore those implications or even contextualize the motion against the backdrop of the policies that we all worked so hard to champion during the campaign. The fact that such an emotionally charged resolution could be passed into party policy by a mere 1/2 of 1% of the membership created what amounts to our own, internal constitutional crisis.

It has brought to light a series of discrepancies that deserve examination. One example is that while constitutional resolutions are subject to a post convention ratification vote, such a vote has been abolished for policy motions in the name of expediency. Another is that we are on the verge of replacing Green Rules with Robert's Rules of Order in our Constitution, with no substantive debate or discussion, because the motion looked so harmless in a list of Constitutional Changes: "G16-C008 Clarify the Operating Procedures of the Green Party of Canada."

This latter example had some serious, if unforeseen consequences. On Friday night there was consensus around the idea that we should try Robert's Rules for this summer's convention only, and see how they work out. However, since the Bonser Ballot recommended passage of the Robert's Rules motion this resolution was included, as is the custom, in an omnibus motion entitled "Group Adoption of Constitutional Resolutions." Passing that on Saturday morning before we could experience Robert's Rules was in conflict with the consensus reached the night before.

And so it came to be that Elizabeth found herself in the unfortunate role of having to defend our tradition of consensus based governance within our own party by sending a personal plea to 20,000 members asking them to defeat this motion in the ratification ballot. If you are a member and have not yet voted please search your email client for the email with the subject "2016 Constitutional Resolution Ratification" that was sent to you on October 7th. You have until October 31st to cast your ballot.

"How we make decisions affects the decisions we make." It applies to our Electoral System and it applies to the procedures and rules by which we govern ourselves within the Green Family. It may seem like dry and boring stuff but it lies at the heart of what makes us Green. And if that process is not crystal clear and supported by the general membership then how can we be confident that the policies and constitutional framework it develops truly represent the will of the party? Please participate in the on line discussions and join us in Calgary if you can. We owe it to the 600,000 Canadians who placed their vote in our care to get this right.