In January 1961 John F. Kennedy embedded this iconic statement into our collective consciousness: "Ask not what your country can do for you, ask what you can do for your country." Many great leaders have called on the spirit, if not the letter, of that quote to inspire their followers to take action. Barack Obama used it during his historic campaign in his One Voice speech. And Elizabeth has often inspired us to make our voices heard.

On Wednesday Justin Trudeau was quoted in a Montreal newspaper as saying that any major reform to the voting system will require “substantial” support. “Under the current system, (Canadians) now have a government they’re more satisfied with and the motivation to change the electoral system is less compelling,” he told Le Devoir. 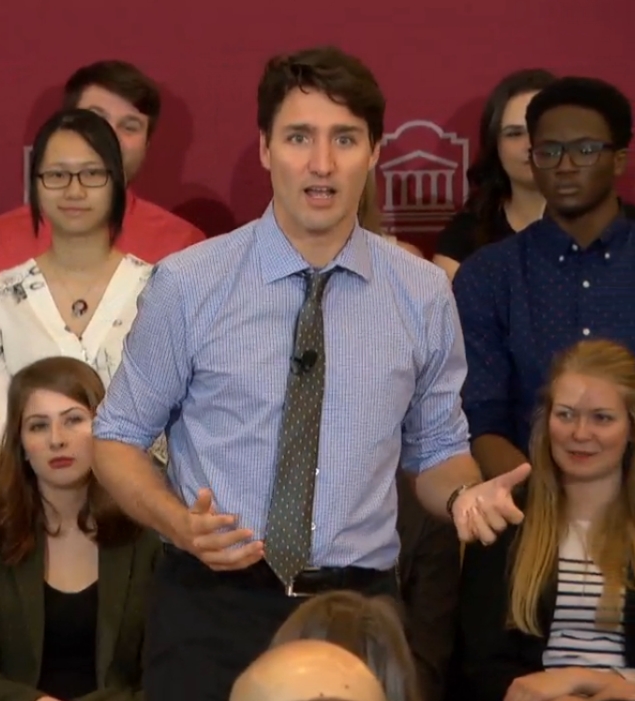 Of course this apparent wavering by the Prime Minister accomplished what a whole summer of hearings from coast to coast to coast failed to do. It spilled electoral reform, like a bushel of apples, onto center stage in a way the media could no longer afford to ignore. And political hay was being made as both the NDP and the Conservatives tried to score points in the House of Commons. The only one that seemed to be unwilling to condemn the Prime Minister outright or rub her hands with glee that he was finally caving to opposition pressure, was our very own Elizabeth May.

“I don’t necessarily disagree with what he said as an objective statement,” May told iPolitics. "He has to be committed to keeping his promise – it’s a promise. It’s an election pledge. It’s one of the reasons that they formed government. I know people who went door-to-door telling people ‘you’ve gotta vote Liberal, hold your nose and vote Liberal because it’s the last time we’ll ever have to.’"

As Aaron Wherry of CBC's Parliament Hill Bureau points out this is not the first time Justin made that particular observation. Six months ago the prime minister said the same thing to an audience of students at the University of Ottawa. "A lot of people I've talked to have said, 'Oh yes, we really, really wanted electoral reform because we had to get rid of Stephen Harper, but now we have a government we sort of like so electoral reform just doesn't seem as much of a priority anymore,'" he explained at that forum.

Remember the fire in Fort McMurray? Remember how Justin said that Elizabeth's comments of linking that unfortunate disaster to climate change were  unhelpful? Remember how that ignited a media firestorm around the impact of climate change on our every day lives? And when the scientific evidence was brought into the conversation, the consensus was that indeed climate change was a major factor? Singling out Elizabeth May was a very effective way of pointing the cameras at her and proclaiming from the Prime Minister's pulpit: "Here, look at this MP and hear what she has to say about the subject."

If he wanted electoral reform to go away the best thing Justin Trudeau might have done was to remain silent on the issue. The press didn't pay attention all summer while we had riveting testimony from experts about the benefits of proportional representation. As the committee moves behind closed doors to find consensus it would have remained "out of sight, out of mind" for the next six weeks. Instead we have wide coverage like this great piece on CBC's The House featuring members of the committee including Elizabeth.

Shortly after taking on the responsibilities of his office I remember the chattering class advising Justin Trudeau that he was raising public expectations much higher than it was politically wise to do. And by shining the spotlight on a promise that could have easily withered on the vine he has done it again. He has done what any leader who wants to drive change has to do. He has used his pulpit to wake us from our slumber to get engaged. 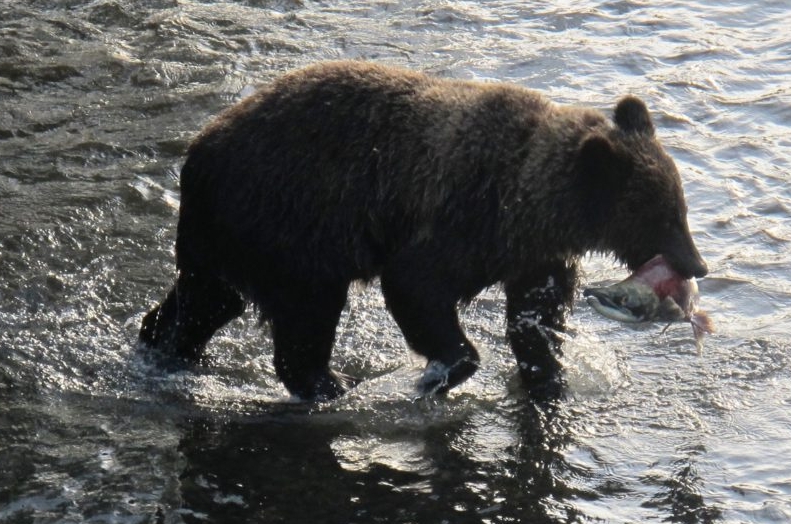 As did Elizabeth this week when she alerted us to the corruption in our environmental review process. "I do not use the word ‘corrupt’ lightly." Elizabeth wrote in Island Tides. "If not for a fairly random connection, I would merely be heart-broken at the environmental and climate atrocity wrapped up in the approval of Pacific NorthWest LNG. Instead, I am angry and deeply concerned that the Cabinet ministers who made the decision were denied key scientific evidence by the very civil servants who are mandated to provide them with the facts." Please share her piece or this followup article with as many Cabinet Ministers as you can.

Leaders can't lead without our help. It's been said many times that a leader without followers is just a guy taking a walk. Elizabeth has taught us that following isn't enough. Good leaders need us to pay attention. They need our support. Great leaders count on us to make our voices heard. Citizenship, much like membership in a political party, comes with responsibilities that many of us neglect. For example, the Federal Council of the Green Party of Canada is holding its monthly online meeting today. Any member in good standing can sign up and observe. Few ever do.

It's not sexy, or exciting or even fun most of the time but unless we participate in our democratic processes we stand little chance that our dreams for the future will ever materialize.  On Thursday October 27, the Minister of Democratic Institutions, Maryam Monsef will be in Victoria, 7-9 PM at the Harbour Towers Hotel, 345 Quebec Street (same place as ERRE). You can show that you care about electoral reform by just showing up. You can support this effort and be part of history with your presence. You can even get up to the mic and support the minister by telling her that you fully expect the Prime Minister to follow through on his election promise.

Before I let you go, mark this other date on your calendar: November 20th. Elizabeth has invited Maude Barlow to speak to us about her new book, "Boiling Point." It's part of our fabulous Eminent Speaker series and you can buy tickets here.