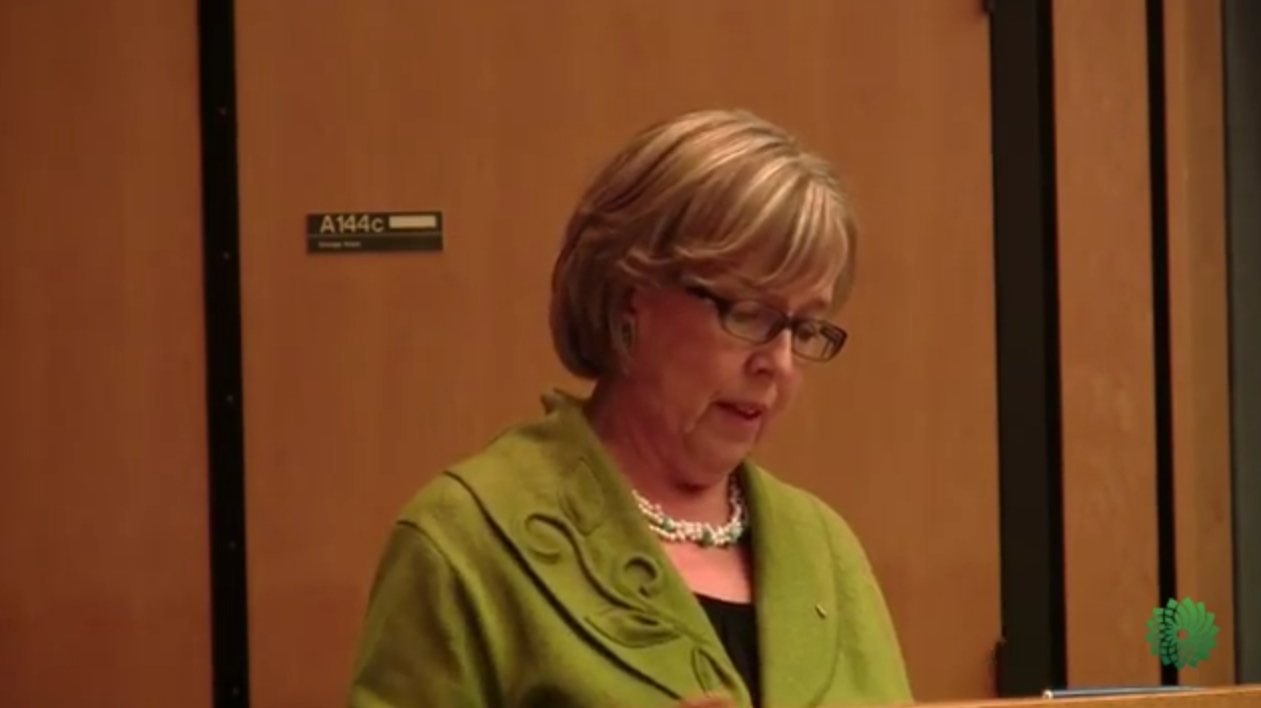 It was while sitting in a lecture hall at U-Vic at Elizabeth's Town Hall of C-51 (Elizabeth was the first to ring the alarm) that the first sense of shock appeared. Well not shock exactly, but a deep dismay that this could happen. That our world could be so shattered by a broken political process. That the pendulum could swing so dramatically. Not so much surprised because independent Senator Bernie Sanders stellar ascent to within reach of the Democratic Nomination signaled a clear and deep dissatisfaction with establishment politics.

Then when I heard voter turnout was 50% I wondered if this election was decided by those who stayed home. One quarter of the American people have elected a man who frightens everyone. I'm very much reminded of Elizabeth's words at the hangar rally last year. "We are not about gaining power" she said. "We are about wresting power from people who are dangerous when they hold it."

It was surreal to be sitting at that C-51 town hall and listen to Elizabeth explain how important it is for us to submit our input before the deadline on the 15th of December while Elysia kept updating us by writing the election results on the white board behind Elizabeth as they were reported. The destructive threat to our society that results from the ideological policy swings of majoritarian oppositonal, winner take all, us against them, governance was presented in stereo.

As I spoke with people across the country to organize the final details of the "Unity Tour", there were repeated expressions of deep and debilitating despair. But there was also hope. Hope that for our part here in the Green Party we are determined to prove to ourselves that we can overcome the divisions of winner-take-all polarization.

"We have made a lot of progress since the disastrous August meeting." Elizabeth told SGI volunteers this week. "The effort to remove Green Rules and entrench Roberts Rules of Order in our Constitution has been defeated.  Thanks to hard work by Paul Manly and Jo-Ann Roberts, a new draft of a consensus resolution replacing the BDS motion has been developed, engaging those who brought forward the motion which became, through the disastrous application of Roberts Rules of Order, party policy.

"I think this is a solid policy for the Green Party of Canada. It rejects the idea that we are endorsing the BDS movement and what it stands for.  We insist on the right of the State of Israel to exist, and we deplore violence by either side. But we also will not be silent as Israel expands illegal settlements and deprives the Palestinian people of basic human rights.

"That said, some have asked if it is still important to be in the Calgary meeting.  To which I say "YES!"

"We know some are coming to Calgary to derail the progress made so far and undermine Green values.  We have a real positive opportunity in Calgary to correct flawed approaches to decision-making.  We have a chance to work through the proportional voting system we want. And we can deal together with whatever the people who have joined the Green party in the last two months -- over 340 of them who seem to have been recruited for one or the other side of the pro and anti-Israel divide.  Some will want to block consensus, leaving us with the August motion as our policy until 2018." 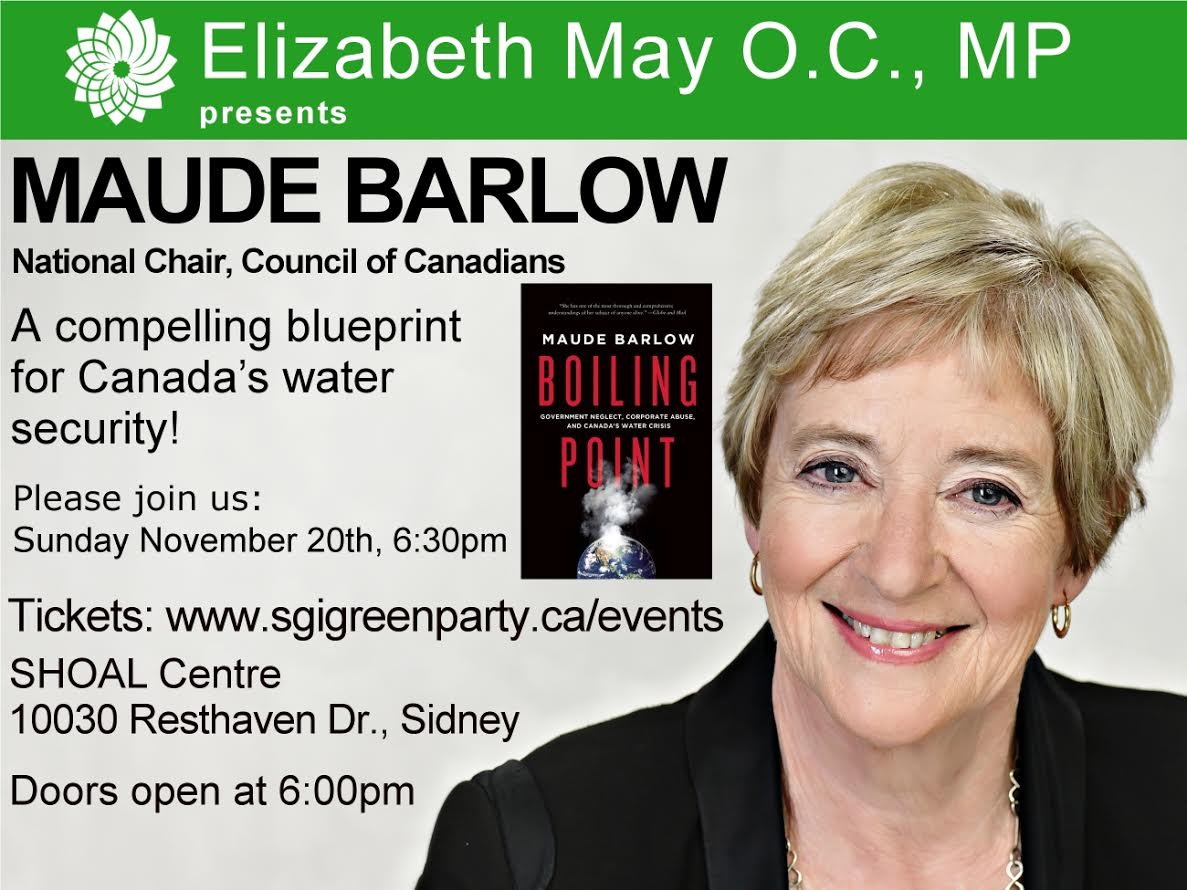 So if you are able to join us in Calgary please sign up soon. We need to insure that this new consensus motion is passed so we can get back to devoting all our energies to helping Elizabeth champion all those important issues we put forward during the campaign. Maybe we can also learn from other Greens around the globe and start to build our own, made in Canada, consensus based party governance model. Registration will close on November 19th.

I'm sorry if this is missive is not up to the usual breadth of information but it's late Saturday night and I just returned from Qualicum Beach which was the second stop on the Unity Tour. Tomorrow I'm on the 9am ferry to head to Vancouver for the event there so meeting my deadline for this was a bit of a challenge. Hope you understand. If you would like to participate in the discussion at the Sidney event on Wednesday, you can get details here.

Thank you all for encouraging me to take on this Unity Tour. Without your generosity, offering your Aeroplan points and small amounts of cash for ground transportation, it would not be possible.

Finally, please continue to spread the word about Maude Barlow coming to Sidney as part of our Eminent Speaker series. November 20th. It will be a fabulous event and if you have not yet bought your tickets, reserve them now.