The Fallacy of Dilbit and LNG 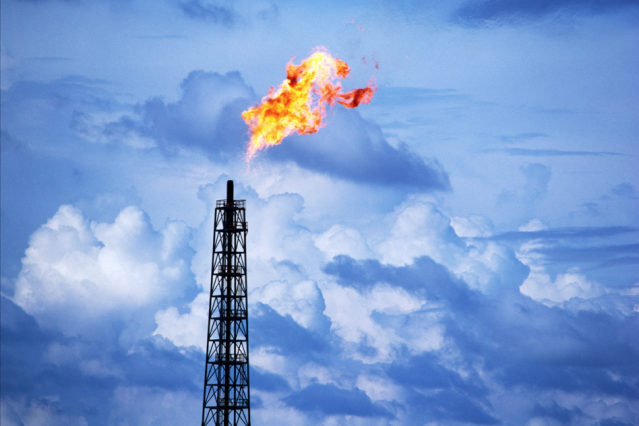 It is widely reported that methane is about 30 times as potent a greenhouse gas as CO2. "But as reported in a paper published in the journal Nature Climate Change, authored by MIT assistant professor of engineering systems Jessika Trancik and doctoral student Morgan Edwards," writes David Chandler, "this conversion factor may significantly misvalue methane. Getting this conversion factor right is challenging because methane's initial impact is much greater than that of CO2—by about 100 times. But methane only stays in the atmosphere for a matter of decades, while CO2 sticks around for centuries. The result: After six or seven decades, the impact of the two gases is about equal, and from then on methane's relative role continues to decline."

Six or seven decades? We need to curb climate change in the next few years! So what does that mean for Christy Clark's pipe dream of fracked LNG? According to John Werring, senior science and policy adviser for the David Suzuki Foundation, which conducted ground-based measurements in partnership with St. Francis Xavier University, northeastern B.C.’s Montney region alone, releases more than 111,800 tonnes of methane annually. Since the average car produces about 5.5 tons of CO2 per year, if we do the math we realize that this equates to the CO2 equivalent production of about 2 million internal combustion engine (ICE) cars. That's half again as many ICEs as are on BC's roads right now. (No doubt David Suzuki will be addressing all of this on Tuesday night) 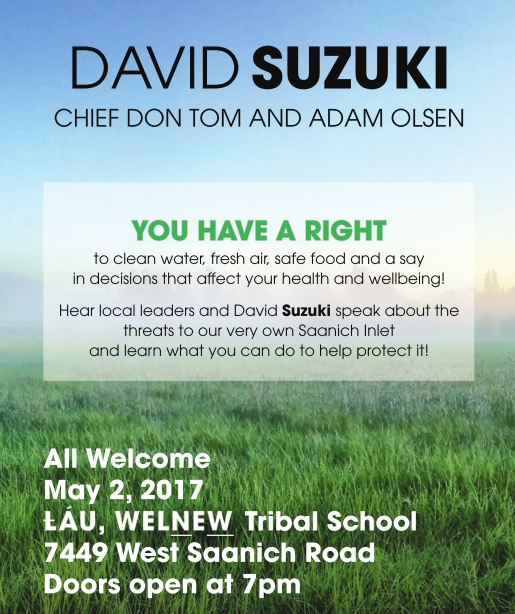 And in the middle of an LNG glut in the global marketplace, the Canadian Association of Petroleum Producers (CAPP) has convinced Catherine McKenna to go easy on them and not push them too hard to reduce these emissions because it could cost them millions. Why does that sound like a car company insisting it needs to be able to keep producing an unsafe car or a drug company demanding that it can continue to offer unsafe drugs? Fracked LNG's dirty little secret is that it's not as clean as the natural gas of yesteryear. It has serious side effects to water security and climate change. And at least one of the proposed LNG projects could well be about giving Pacific access to US suppliers.

Yet mainstream political parties in BC are still insisting that the industrial jobs and endless streams of cash LNG brings into their coffers, makes these trade-offs acceptable. In a post-Paris world of rapidly increasing awareness of Climate Change and the plummeting costs of carbon-free alternatives like solar and wind, this seems reckless; not just from an environmental perspective but simply from a purely economic standpoint. At a time when economies around the globe are embracing a low carbon energy future, how can we promote ourselves as a world leader while clinging to the dirty fuels created by fracking LNG and diluting bitumen? Fracked LNG is not natural gas and diluted bitumen is not oil.

The wild west of BC politics isn't just about swashbuckling influence peddling by the United Steelworkers of America or LNG and pipeline interests. It's about misrepresenting the issues with endless doublespeak and calculated half measures. Perhaps that's why increasingly Andrew Weaver is seen as the winner in the only televised leaders debate in this Provincial Election. He was totally outside his comfort zone, stammering from time to time, referring to his notes more often than the seasoned politicians that flanked him but true to his style, he said it like it is. 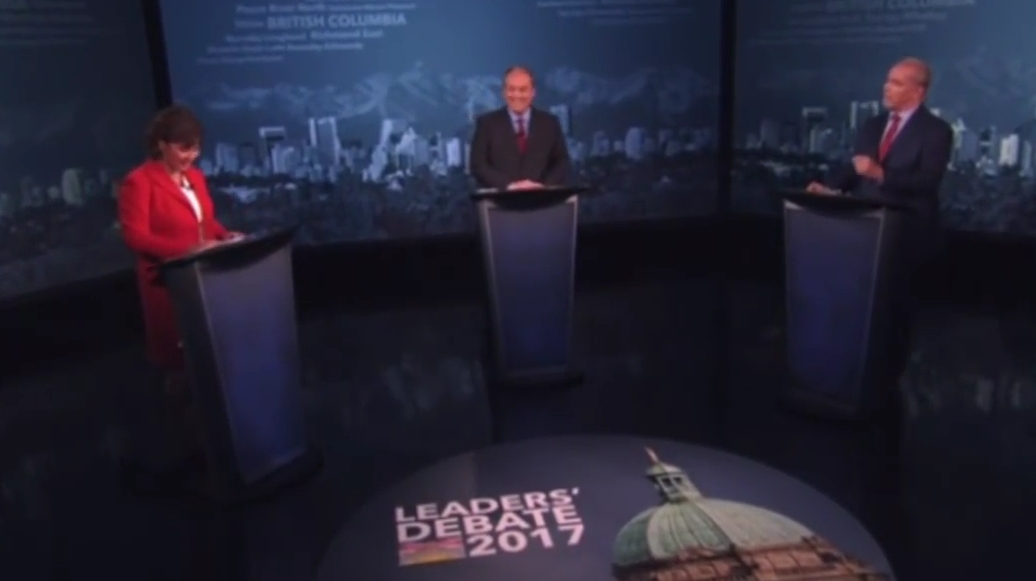 Telling it like it is means embracing the challenges of the future and not clinging to the talking points shaped by the outdated paradigms of the past. And that requires a commitment to bold, innovative and comprehensive strategies to build a thriving society. Everything is intrinsically linked. Understanding and exploring these linkages is what makes Greens the choice for the future. Greens don't see the world through silos of ministries or the narrow objectives of special interests. Maybe we recognize that economics is really about eco logical laws as nomics is derived from the Greek νόμος nomos, meaning "law." Something worth considering as we prepare to elect our lawmakers in this province.

I was reminded of that again last week while watching a local all candidates debate when a question came up from the audience about old growth logging in BC. Disappearing at a rate three times faster than in tropical countries and with stumpage rates that continue to draw us into trade wars, this deserves a comprehensive solution that protects all British Columbians by ensuring we don't find ourselves beyond the point of no return. The same thing applies to Site-C where a protracted review of the project at this late stage would see us committed to squandering billions on a project that we don't need.

You can't regrow old growth forests. You can't restore a flooded valley's ecosystem or unspend the billions wasted. You can't remove methane from the atmosphere once released. And you can't clean up a dilbit spill. 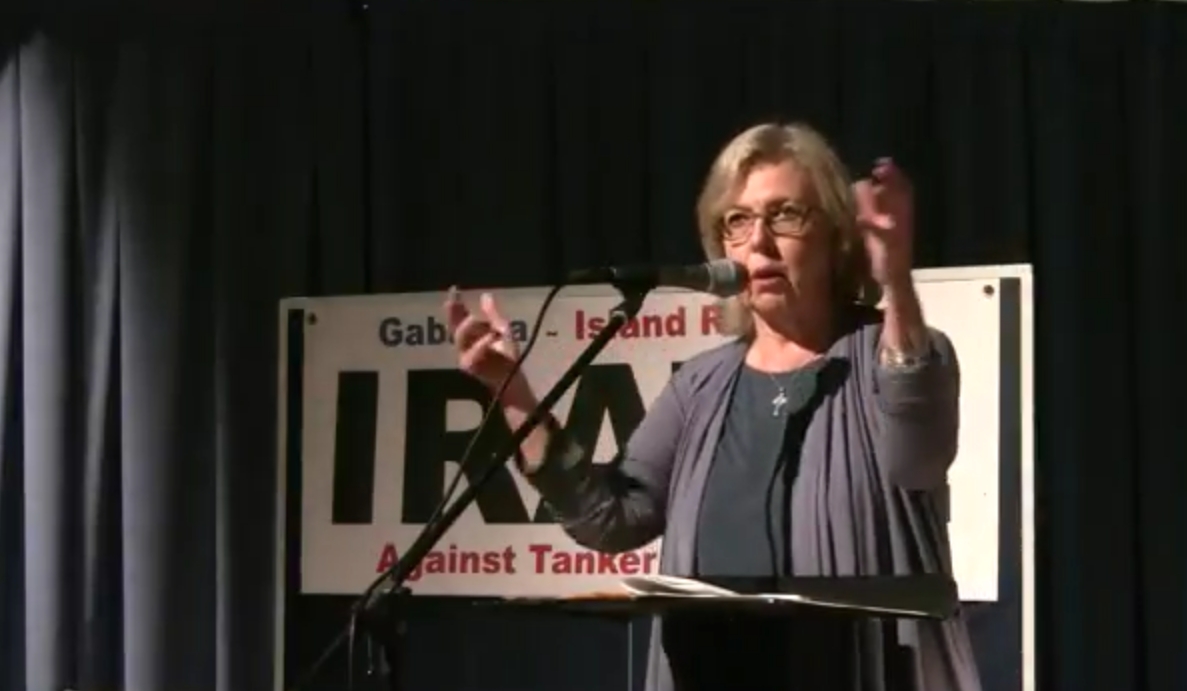 Amid the flight of multinationals from the tar sands, resulting in Cenovus accepting risks that crush its balance sheet, we see a blind optimism in the revival of a dying and increasingly fragile industry. As we discussed in previous issues which you can find in our archives, this fixation on maintaining the carbon bubble blinds many to the real threat to dirty energy; clean energy. First Statoil and then Shell, Marathon Oil and ConocoPhillips have dumped their interest in the tar sands (I still can't get myself to call them "oil sands" because there is nothing "oil" about dilbit). Maybe the risks are just too high.

But why does this matter to us? Why is it so important that we elect a government which takes a responsible and comprehensive approach to these issues on our behalf? Why is it critical that the eco-logical consequences of our eco-nomics be carefully considered and debated in our legislative assemblies? Because when the bubble bursts, someone will pay the price. Kinder Morgan is looking at an IPO so it can download the risk to investors. And a recent decision in Alberta sets a precedent that creditors get priority over cleanup costs when a company goes bankrupt. That means the public, shareholders and tax payers, not the CEOs or the Corporations are on the hook.

If you think that royalties counteract that cost, consider the case for RAFT (Reclaiming Alberta’s Future Today) As outlined in this piece by Andrew Nikiforuk. "It’s audacious, proposing to put tens of thousands of people back to work cleaning up as much as $100 billion worth of liabilities in Alberta’s oil patch," he writes. "Consider that Cenovus, for example, paid only $3 million in royalties on bitumen sales worth $1.1 billion in the first six months of 2016. That’s less than a one per cent royalty." 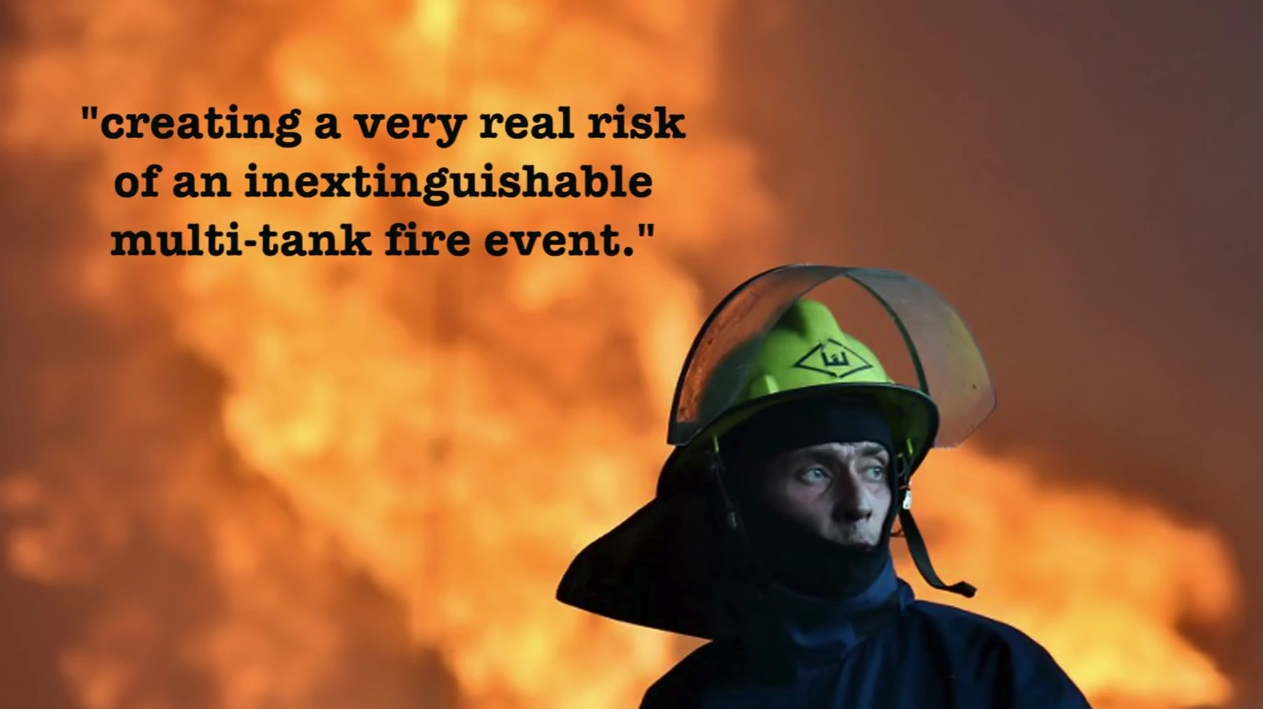 The numbers don't make sense, risks are downplayed and to use Andrew Weaver's phrase, "Unicorns are promised for everyone's back yard." As Elizabeth recounts in this fabulous video recorded last week on Gabriola, Unifor, the largest trade union representing the workers in the tar sands, was an intervenor against the Trans Mountain Pipeline because of the threat it poses to jobs. Piping dilbit to the coast has already reduced our refining capacity dramatically and threatens to force the closure of the last remaining operation on the lower mainland. But the NEB would not accept their testimony.

Elizabeths becomes visibly 'IRATE' :) befitting as she was speaking at an event called Island Residents Against Tanker Expansion in support of the First Nations challenge to this pipeline. Bob Bossin also spoke at this event and he made this eye popping video to expose the reasons these risks are ignored. He also reinforces how broken and inadequate the NEB process is to evaluate what is really at stake.

As we already announced last week, if you live on the lower mainland, there is another event this Tuesday where you can demonstrate your opposition to Kinder Morgan and learn about the economic fallacy of this expansion. But now, if you live in BC, get out and vote so you can volunteer on election day and help elect people who care about people. And then, if you live in Victoria and want to take a deep breath, you can maybe join Diana Beresford-Kroeger on a walk as she explores the medicinal and ecological benefits of Victoria's urban forest. Or, you could just go out and canvass for your favourite candidate.

No matter how you spend it, have a great Sunday.