Balance of power or shared responsibility? 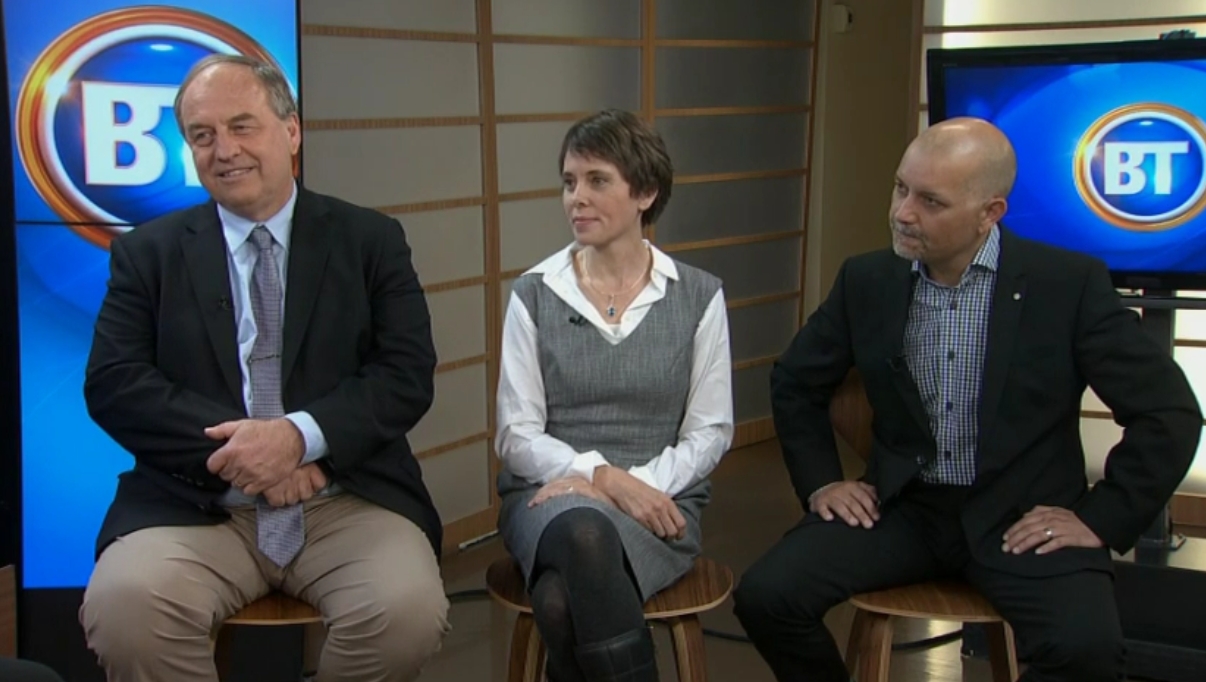 Those of us who attended Adam Olsen's volunteer appreciation potluck last Sunday afternoon received a preview of what was about to unfold. In Adam's speech to the gathering, he clearly articulated the values that were continuing to drive negotiations. Then he left the event early to attend what turned out to be the last negotiating session. Adam reminded us that it has been a dream of Greens to hold the balance of power and joked that we have to be careful what we wish for. Suddenly this amazing Green caucus had been thrust into a role with crushing responsibilities that determine the trajectory of not only this province but of the Green movement and even electoral reform across the country.

"British Columbians elected a government that is expected to serve for four years." Adam was unequivocal that if any of the parties decide to force another election so they can win a false majority and grab the levers of power, this legislature will have failed. "It's not about holding the balance of power, but about shared responsibility." Making a minority government work requires a dedication to good governance by all MLAs. No more free ride, no more skipping out on votes, every MLA is expected to be on deck.

Let's face it, under a majority government the opposition and even the government backbenchers have it relatively easy. Isolated from power, opposition parties carry no responsibility nor do they have any incentive to actively participate in forging legislation. And the back-benchers of the "party in power" simply serve as members of a posse, their primary role being to enforce the power of the party leader and cabinet.

Sadly this paradigm of absolute power is so entrenched in our culture that many are having a really difficult time wrapping their head around the alternative. It's like we expect to have a dictator, someone to blame, a villain that validates our righteousness. We want somebody in charge, one individual to be held accountable. The media talks about king/queen makers as if it was fully acceptable, even desirable, to be ruled by an iron fist. These are not democratic sentiments. 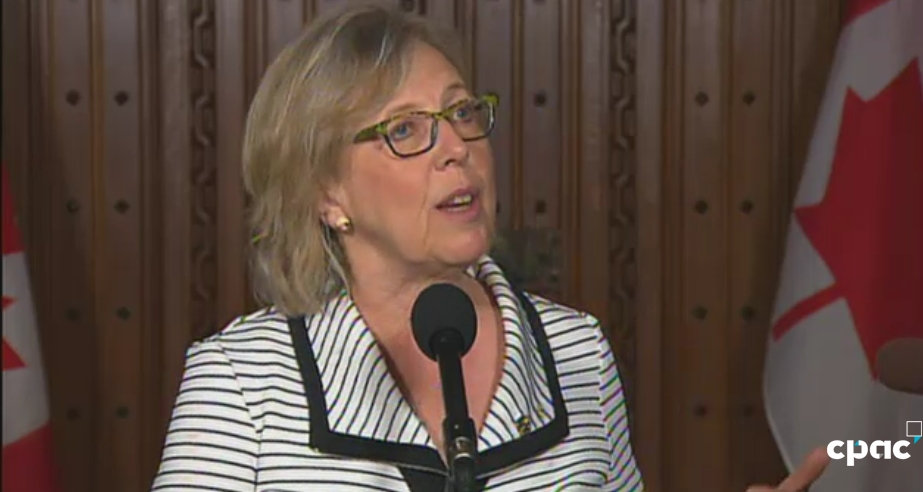 As long as leaders of false majorities are mandated (and expected) to govern with virtual impunity, we will not have legislators who will challenge the alternative facts that led to Justin Trudeau's endorsement of the Kinder Morgan pipeline. As we can see in this clip both the Liberals and Conservatives are stuck in the last century on this. The Trudeau government continues to insist that dilbit can be cleaned up, that the project underwent a fact-based environmental review, and that piping diluted bitumen to tidewater, so that other countries can secure the economic benefits of refining it, is somehow in Canada's national interest. Of course the most outrageous doublespeak is that approving pipelines to pump the dirtiest oil on the planet to markets, somehow is an important part of Canada's climate commitment.

"It (the Green/NDP agreement to stop Kinder Morgan) presents a colossal headache to him because he has burned a significant amount of political capital (pushing through the approval of this pipeline)," says  to the executive director of the Angus Reid Institute. That's because we now have the opportunity to support the BC government as they stand with First Nations to protect our coast and inform the federal Liberals that Kinder Morgan's pipe dream is indeed dead. It's time to tell Justin Trudeau that capitulating to the backroom strategists and old time power brokers is a bad idea in an age of populism. Citizen engagement and climate awareness is on the rise and the world is uniting to "make the planet great again." He might want to think hard about which side of history he wants to occupy.

There is no confusion that it gets complicated. So, not surprisingly perhaps, there are already musings of how Christy Clark might return as premier. Some are now openly commenting about the horsetrading that led to the federal approval of Kinder Morgan's expansion, confirming what Elizabeth has said all along. This is all about political strategy and not about actually doing the right thing. In such an environment is it any wonder people assumed that by announcing a deal with the NDP, Greens had capitulated and relinquished their independence?

What really happened was historically significant. Never before has a Green caucus been elected in North America. And never before in this country has a Confidence and Supply Agreement of this nature been signed. The agreement makes it abundantly clear. In exchange for some specific considerations, like getting big money out of politics, moving forward on electoral reform and opposing the Kinder Morgan pipeline expansion, the Green caucus will ensure the stability of the government by supporting the NDP in any vote of confidence before the legislature.

This is not a coalition and it does not give the NDP a de facto majority. So who's in power? No one and everyone. As long as this agreement is honoured and the seat count stays as it is, all MLA's are empowered to be part of the government. Legislation can not pass simply by decree. Each bill has to earn the support of MLAs from other political parties. Greens will sit in opposition along with the Liberals. And Greens can help pass bills championed by a Liberal MLA. With their dedication to evidence-based decision making and guided by their values of fairness and caring for future generations, our Green MLAs will work with all the other 84 MLAs to govern this province responsibly. 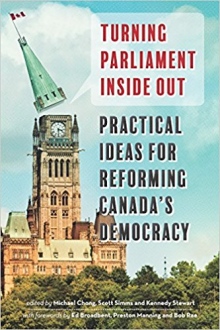 Elizabeth has championed the need to change the discourse in parliament and reminded us that all the MPs in the House form the government with equal responsibility. The idea that somehow only the party that wins a false majority "forms the government" slams the notion that we elect MPs and MLAs to represent a constituency. It takes more than three voices to represent Canada. And that's the premise of a book that was launched last week. It features Conservative MP Michael Chong, Liberal MP Scott Simms, NDP MP Kennedy Stewart and Green Party Leader Elizabeth May

They point out in this interview on The Current that in question period "90 per cent of the members in Parliament are mere spectators." The dramatic change in the system over the last three decades has resulted in MPs having no rights in the House of Commons to ask questions. "It's now up to the party leaders through the whips and House leaders to determine who asks and answer questions," Chong says. As a result, only 30 MPs participate in question period — "the rest of us are just there to watch." In the book, Ed Broadbent, Preston Manning and Bob Rae also make a case to reform Parliament.

It is this increasing awareness that gives me hope that BC can indeed lead the way. This Confidence and Supply Agreement provides the opportunity for all parties to demonstrate whether they believe in representing the citizens and legislating good policies for the people, or whether they are simply striving for power so they can mold our province according to their ideologies. As Elizabeth has often reminded us, cynicism is the biggest threat to our democracy. So let's make sure that our optimism is contagious.

"There is so much commonality in this legislature, there are so many ideas that all parties share," Andrew Weaver explains in this CPAC clip. "And in the end we had to make a difficult decision."  The decision was for the BC Greens to work with the BC NDP to provide a stable government over the next four years and John Horgan is excited to demonstrate that we can do great things when we work together.

The implications are far reaching. If this bold initiative succeeds, and BC enjoys a full term of effective governance in a legislature where no one holds a majority, it will set a new standard that strengthens the argument for electoral reform and the implementation of proportional representation. Not a bad tonic after the devastating results of the parliamentary vote this week. Under our current system we are quite powerless to willfully vote for a minority government. But since that is the natural outcome of elections conducted under most forms of proportional representation, we might be blessed with more of them in the future.

Greens really are good for democracy. And that's why the ongoing work of our Electoral District Association (EDA) is so important. Next Saturday, June 10th, we will hold our Annual General Meeting to elect our new executive and set the course for the year ahead. We have 13 outstanding candidates running to fill 11 seats. Both Elizabeth and Adam will be addressing members of the Green Party of Canada who live in the federal riding of Saanich-Gulf Islands. If that's you, please RSVP here and join us.