Inspiration at the AGM 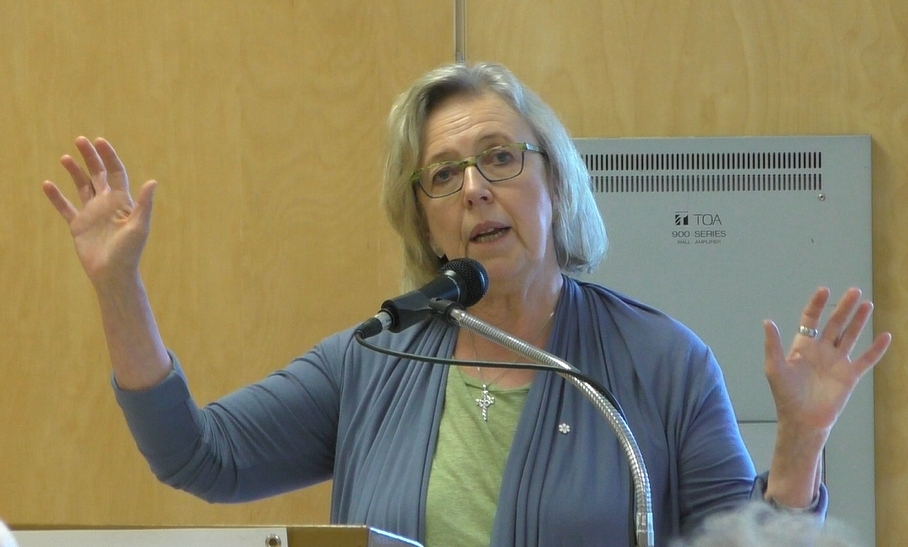 Normally I spend my whole Saturday writing this missive but today we held our Annual General Meeting (AGM). We elected a new slate of members to our Executive, adopted a bold vision document and passed a motion to adopt an updated constitution and bylaws. It is now 8pm and I am finally sitting down at my keyboard. Let's see what emerges, shall we?

The AGM was a tremendous success. Once again our Events Team worked their magic. Nancy, Annie and Yves brought flowers. Lil, Nancy, Annie and Claire baked birthday cakes for Elizabeth. Alexis and Teri created colorful fruit trays. Gary and Nancy signed people in at the door and distributed ballots. Grace led the vote and was the official ballot counter. Dan and Yves were scrutineers, Ann and Teri worked the Bar, Laura and Donnamae handled cards and everyone did their best to fill any gaps.

Between playing in a charity ball hockey tournament, that happened to be taking place just outside in the parking lot, and a family celebration for Emily's birthday, our newly elected MLA Adam Olsen joined our AGM to welcome us to WSANEC lands. "This place is the place of the emerging land, of the emerging people. And as I've said over and over again, we are emerging from this place. This movement is a different kind of politics... ...Just watch us, we will change the dialogue, we will change the legislature." How appropriate, I thought as I listened to our CEO Dave Charles and then Michael Strumberger, the Chair of our Vision committee, speak about the continuing evolution of this amazing Green community we call our EDA (Electoral District Association).

"This isn't a static document, it's a tool, it's a guide." Michael held up the brochure that lists our four guiding values. "We reached a point about half a year ago where we realized we didn't have these answers to help us make the decisions about 'what do we want to accomplish', 'how do we want to contribute to the Green Party of Canada'?" As he was turning it over in his hands he continued: "We also want this to be an inspiration to our fellow Green Party members and other EDAs. It's my hope that the work that we've done here is the beginning of a coming of age for party-wide EDA leadership and that it embodies the wisdom of top down thinking combined with bottom up grass roots action." 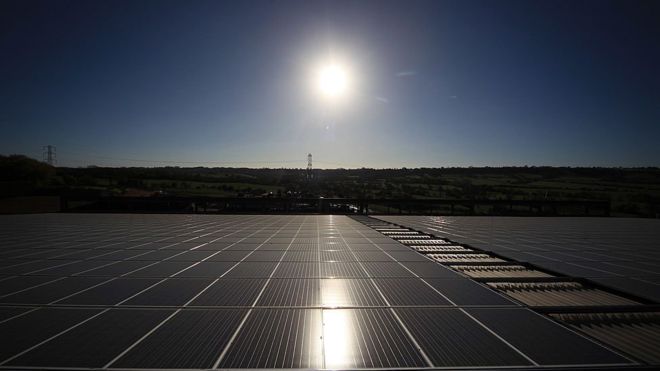 Maybe it's this dedication to service that enticed six representatives from two North Island EDAs to travel four hours to attend our AGM. Or maybe it was the strawberries dipped in chocolate that Alexis' daughter so lovingly prepared for everyone. I'm not certain. But I am certain that it was this dedication to service that caused our CEO Dave Charles to open his home to me for weekly meetings, to keep us on track, to craft letters, to chair a steady stream of executive meetings, to participate in our Events Team and Green Media Group potlucks and to offer his calming wisdom as the challenges mounted. After serving as our CEO for over three years Dave has stepped down to ride his bike more often and enjoy more leisure time with Lil, his precious wife and partner. Dave has encouraged us to strive for a higher level, an EDA 2.0 as it were. We will miss him.

Luckily this level of dedication is not unique in our EDA. Rather it permeates our being as Greens. From Cathy who diligently handles our donations to Sharon who manages our finances and ensures compliance with Elections Canada rules. From our Events Team who are currently supporting the Saanich Inlet Network and working with the native elders to prepare for the "Paddle for the Inlet" event on June 21st, to the Green Media Group who seeks out relevant news stories and other information to share out on social media. Like this piece in the Vancouver Sun that suggested an overwhelming (75%) majority want construction on Site-C to be halted while a proper review takes place. Or this piece from the BBC that announces that the UK produces half it's energy from renewables for the first time. Or even this piece in DeSmog from three years ago that suggested then that B.C. has enough geothermal potential to power the entire province. And from our newly elected 11 member executive committee. 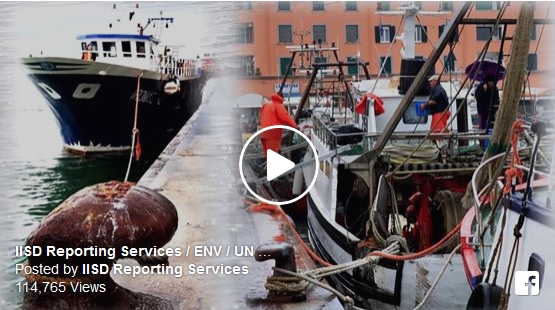 No doubt, like so many of us across Canada, all these volunteers are inspired by the dedication that Elizabeth demonstrates every week. For a sample, check out her parliamentary "week in review". Last week Elizabeth attended the UN's Ocean Conference in New York and sat through multiple late night parliamentary sessions. The House of Commons is now sitting until midnight which has meant many very long days for Elizabeth, who nonetheless remains committed to being in the House to speak to each of these issues on behalf of her constituents. Even if it meant catching yet another red-eye to attend her birthday party on Salt Spring Island on Friday and then our AGM in Sidney today.

"The promise that 2015 will be the last election under First Past The Post was, I think, a promise that was intended to be kept when it was made. Which means to me that we can bring it back. It wasn't a lie and I think it does a disservice to political discourse to call it that. It's very easy for opposition parties to jump on anything a government does and impute motives; that was a lie, you never meant it, etc. Things are more complicated than that." Elizabeth's year in review is always full of enlightening anecdotes and insights. "How do we as Greens, how do I as the leader, deal with the Trudeau administration? We knew what we were dealing with when we were dealing with Stephen Harper. He never disappointed because he never 'appointed', as it were. There were no expectations of good things... ... The Justin Trudeau group is more nuanced, more difficult and not irredeemable. But they are certainly behaving in ways that leads people to be very willing to conclude that they were deceived."

And that is not good for democracy. Elizabeth went on to reflect how so many people were inspired during the last federal election. We know from our own experience that when you inspire people they come out to vote because every Green that has ever been elected in Canada has experienced record voter turnout. "If you have higher voter turnout that means people who ordinarily wouldn't have voted, turned out to vote. And that's what I regard as the single biggest sin of Trudeau's disappointment on electoral reform; is breaking faith with people who were willing to engage, for the first time perhaps. Whether they were 18 or 40 they engaged because they were ready to believe in this hopeful message that Trudeau imparted durig the election campaign."

Breaking faith. The Liberal Party strategists that are persuading Justin Trudeau that somehow breaking faith with the voters is acceptable because they will forget by the next election, have sold him down the river. The likelihood is very strong now that BC will go to the polls to vote on Proportional Representation just 12 months before the next federal election. That will put the subject of Electoral Reform and Justin's broken promise for 'Real Change' back on trial.

But it's not just Electoral Reform. Trudeau also promised fact-based decision making, social license and thorough environmental reviews. None apply to his administration's dogged determination to support the Kinder Morgan pipeline and Tar Sands production within a Paris framework. These promises were sacrificed on the altar of political expediency to get a carbon tax, any carbon tax, in place. And as we know it was all horsetrading from there. Expectations raised and then dashed. Cynicism fueled. Democracy damaged. And this at a time when the world is turning its back on Trump's sideshow and determined to move hard toward meeting climate targets. Even Pittsburgh, the subject of Trump's now famous quote, has ridiculed him as it embraces the Paris Agreement.

By supporting projects like Kinder Morgan and other pipelines intended to transport dirty dilbit to a world market that is rapidly disappearing, Justin has aligned himself with the interests of dying industries. One can only speculate why but the fact that he 'slipped up' last year when he said that the Oil Sands had to be phased out, suggests that he personally can see the writing on the wall. Someone should tell his strategists and handlers that it's 2017. And that by 2019 the decision to do anything but move decisively towards bold and unilateral climate action is going to look like a sellout to most Canadians. 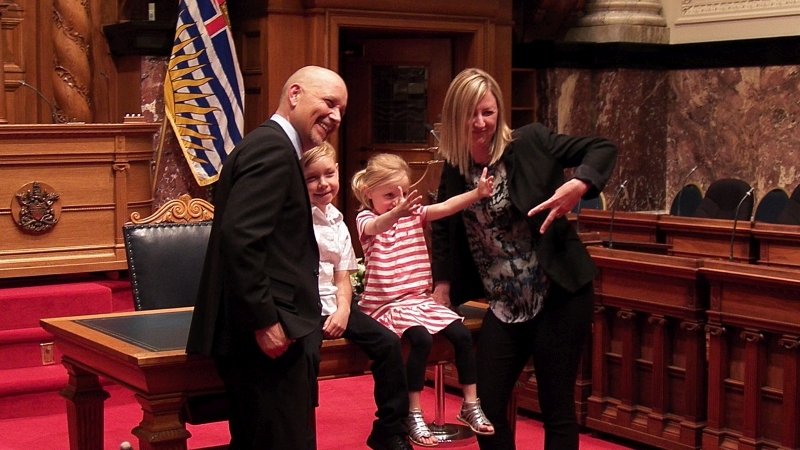 Elizabeth is co-chair of the Global Greens Parliamentarians association. And at our AGM this weekend she shared how she is inspired by the challenges and successes of our global family. Around the world there are almost 400 Greens that sit in parliaments, not counting state or local governments. These Greens are becoming more and more influential as the global mood shifts towards a sustainable future. Elizabeth told us about the discussions at the UN Oceans conference co-led by a Green member of the Swedish parliament and co-leader of the Swedish Green Party. Next weekend Elizabeth will be addressing the AGM of the German Greens to share our perspective on CETA, the Canadian European Trade Agreement.

Building and nurturing these relationships. Working together. Learning from each other's experience. Emulating each other's successes. Amplifying the awareness of Green Values dedicated to intergenerational equity. That is what it means to be part of the Green family. That is what it means to be proud to see Adam Olsen, as part of the first Green caucus in North America, take his oath of office in full native dress. That's what it means to watch him and his family, after the formal ceremony, have fun as they celebrate this momentous occasion together.

Hope you all have a wonderful weekend,
Thomas