First of all I need to apologize for the deeply embarrassing errors in last Sunday's missive. One reader quite rightly scolded me: "Thomas Berger is, arguably, the most respected and well-know legal mind in Canada - please please DO NOT spell his name incorrectly as you have done in today's newsletter." And another pointed out that "Robyn Allan is a woman giving an extraordinarily astute perspective on these topics." There was also a typo in "conditional." Thank you to Mar, Gary, Pamela, Ian, Patrick, Ingrid, Libbie, Barrie, Robin, Marlyn, Sandy, Christa, Ted, John, Greg and Chad for keeping me on track. I won't bore you with excuses about late night double vision and soft grey matter between my ears as I squeezed out last week's edition between my shifts at the Fair. 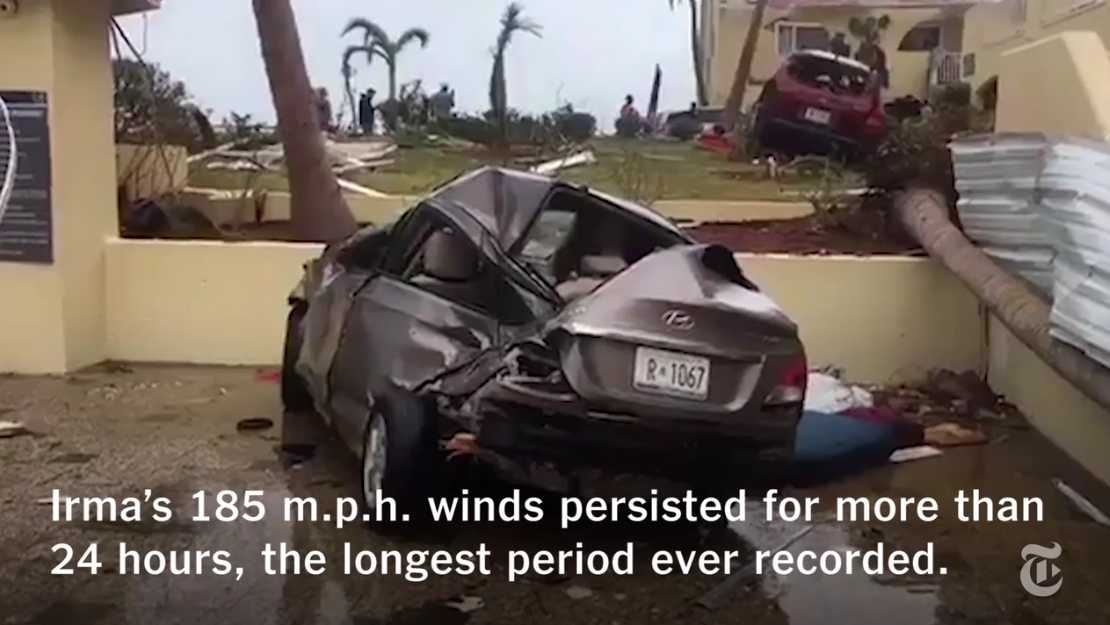 The Fair was fantastic though. We received a lot of positive responses to our three perspectives (Green, First Nations Elders, and the Saanich Inlet Network) on the LNG threat. And our Saanich Inlet video found almost 4,000 viewers in three days on Facebook. If you are on social media please help spread the word by sharing or tweeting. Our engagement does matter. "Sources said the original plan was to develop Malahat first, but that plan has changed given certain domestic challenges, (my emphasis)" Russell Searancke writes in Upstream Magazine. "So Sarita LNG has become the priority. Sources said a study is under way as to a possible new location for the Malahat LNG facilities. The Sarita project, meanwhile, is understood to have a development concept that comprises both floating barges and a floating LNG vessel, and some land-based LNG components."

While Steelhead continues to seek ways to move Fracked Gas to the coast, the effects of climate change are everywhere. After pummeling the Caribbean, hurricane Irma is expected to have sustained winds of up to 150 mph and may again be a Category 5 hurricane by the time it makes US landfall today. Labeled as the most catastrophic storm ever, it is expected to bring storm surges as high as 15 feet.

As we drove away from the Fair Grounds on the evening of the last day, we listened to various analysis of the current nuclear crisis. The days had been scorching hot but on Monday the smoke from the wildfires started to fill the sky. The next day the sun was deep orange at ten in the morning, almost unrecognizable, looking more like a full moon. And the temperatures plummeted from the 30s to the low teens. It conjured up thoughts of what a nuclear winter might look like. With the events unfolding on the world stage, some of us older folks remember the days when we were told to hide under our desks or seek bomb shelters in case of nuclear attack. Memories that were invoked by one of the attendees at Elizabeth's Saturna Town Hall on Wednesday. 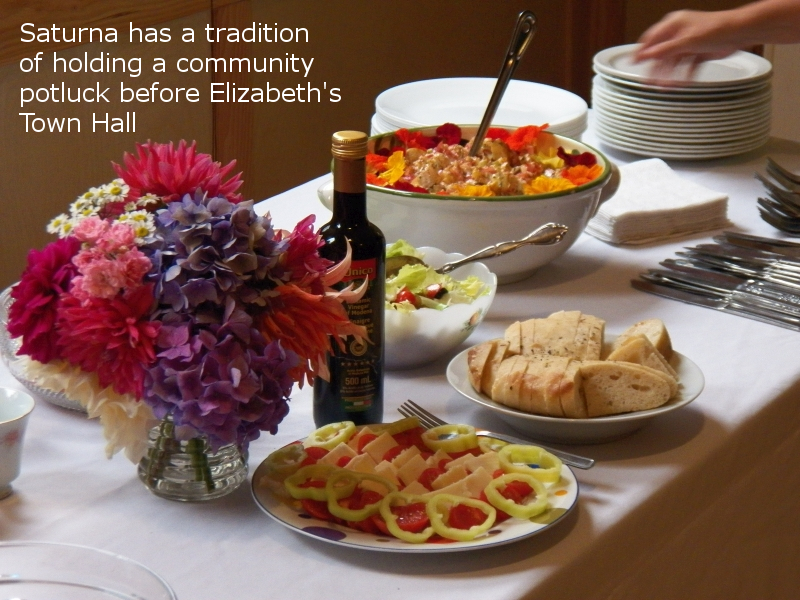 Saturna was Elizabeth's first town hall in this series and the questions ranged from Korea to Parks Canada budgets to the cabinet shuffle and bureaucratic inertia. Once again, although it has the smallest population, Saturna had the highest percentage of residents show up, a point Elizabeth loves to highlight. But then I also had the pleasure of attending last night's Town Hall on Mayne and was amazed at the level of engagement there as well. As they did the night before on Pender, Adam Olsen and Elizabeth May shared this event to the delight of a 'standing room only' crowd at the community centre.

If you live in our riding you still have a few opportunities to attend; today on Galiano, tomorrow in Saanich, Thursday in Sidney and Friday on Salt Spring. Bring your questions, concerns, ideas and praise where appropriate. Adam Olsen will be sharing the spotlight with Elizabeth again today, Thursday and Friday so you will have a unique chance to ask questions of both your federal and provincial representatives in one setting.

And speaking of provincial representatives, did you catch the Throne Speech of our new BC government? The big news was of course that Darryl Plecas, the Liberal MLA for Abbotsford South, was acclaimed speaker of the house. This bold and stabilizing move by Plecas was sadly met with accusations of "betrayal" from interim Liberal Leader Rich Coleman. But Plecas says he feels great after breaking the chains of the Liberal party and accepting the dream job he always wanted: Speaker of the B.C. legislature.

The speech itself promised "a new path that transforms politics," stating that the legislature works best when no single party has all the answers. "We will listen and bring people together to find solutions. British Columbians deserve a government that works for the people." And we deserve a government that isn't chained to hyper partisanship. This Speech from the Throne sets that tone by giving credit where credit is due. It very much reminded me of the expectations that the Green Party Caucus raised just before Christie Clarke lost her confidence vote. If you wish to thank Mr. Plecas for living up to this standard, please drop him a line at [email protected]

It went on to state that: "Starting with initiatives to spark innovation and growth of a sustainable economy. This fall, your government will establish an Innovation Commission—an initiative of the Green Party Caucus—to encourage new investments in B.C.'s technology sector. Government will promote innovation in every region of our province, because everyone deserves to benefit from, and share in the wealth created by, the 21st-century economy.

"Your government will take decisive action on global climate change, the greatest challenge of our generation. We must do everything we can to reduce emissions and keep global temperature increases below two degrees. Together, we will fight climate pollution and create opportunities for people, including thousands of jobs through energy retrofits and public infrastructure."

The speech also promised a fixed date for the referendum on Electoral Reform and a re-confirmation to get big money out of politics including new lobby restrictions. It pledged support for BCs traditional industries among which it sadly included natural gas development. And in 2017, here in BC, "gas development" means fracked gas. So it seems that the carbon budget message we talked about last week still needs to be amplified. They may be realizing that Saanich Inlet is no place for an export terminal but regardless of where they run the pipeline, fracked LNG is totally incompatible with any effort to be a responsible agent in the fight against climate change. So we can not let up. We must let government know we are paying attention. 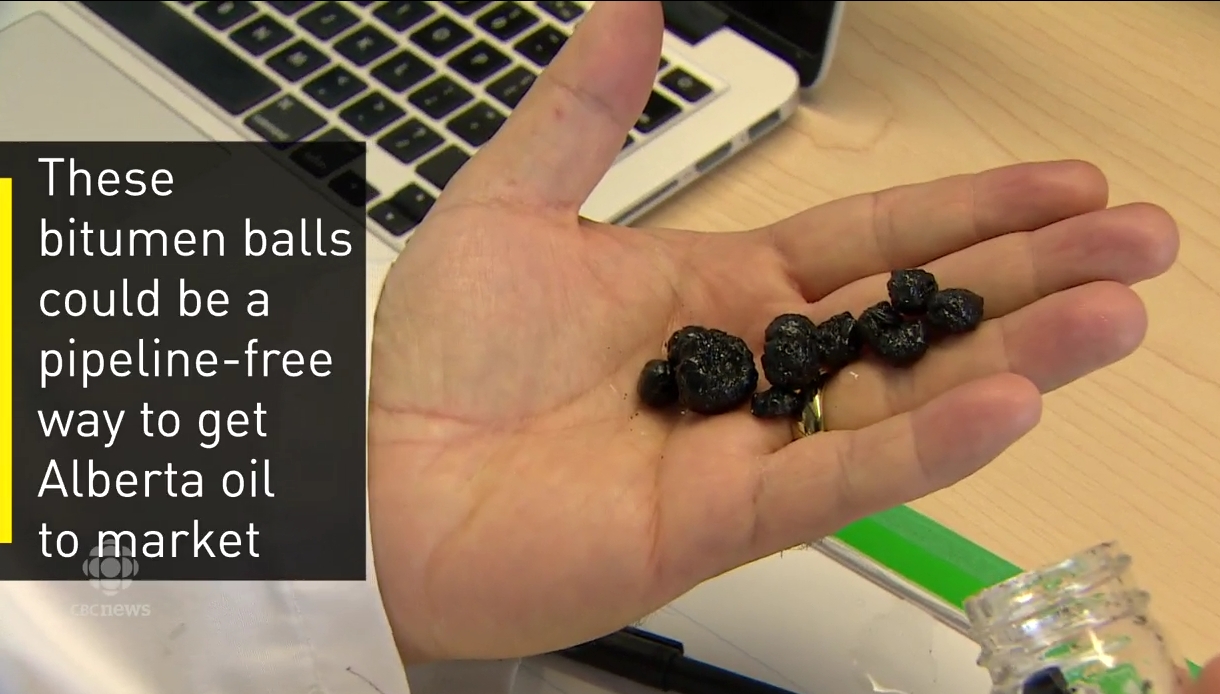 In other good news, Trans Canada Pipelines announced a 30 day halt to its pursuit of Energy East with the 'threat' that it may abandon the project altogether. "The pipeline was set for a second NEB review," reports CBC Calgary, "after the first stalled last year amid protests by environmentalists and after revelations that regulatory panel members met privately with a TransCanada consultant." Could it be that the recommendations to scrap the NEB by that expert panel is having some influence or is it simply a political calculation about loosing seats in Quebec?

Coincidentally a Calgary engineer thinks an invention he stumbled upon in the laboratory could transform the way Alberta gets its heavy oil to market. Offering an alternative to the insanity of diluent and pipelines they "accidentally" stumbled onto a process to make bitumen just a little more viscus and encapsulate it in spheres that can be safely transported in rail cars. They even claim to be able to inject them with an air bubble so they float! The best thing about this piece of news is that it eliminates the need for new (and already outdated) infrastructure. This modern coal equivalent can use the coal cars that the collapse of its predecessor has left behind. At least until they figure out that bitumen can simply not compete with $10/barrel oil equivalent solar energy, no matter how you transport it.

This week we also saw the Bank of Canada hike interest rates to cool the "overheating" of our economy. It's reported that Canada's employment rate has dropped to its lowest in 9 years at 6.2% adding 22,000 new jobs in August. This marks the 9th consecutive month of job growth, the longest run since 2008. But guess what, the same CBC broadcast also reports most of those jobs where part-time and that 88,000 full time positions were lost. This points once again to the new reality that we must face. Applying the old GDP/Growth models, to measuring our success in an increasingly automated world that is trying to address climate change, is so yesterday.

The point is, there is much going on around us that will impact our lives and our time calls on us to find ways of forging bold new solutions. If you are a member in good standing of the Green Party of Canada, you will have received an email from Rob Gerbrandt on Friday with the subject line: "We need your input." In its introduction it states: "As a political force that seeks to reinvent how we do politics in Canada, and advance our society to embrace a sustainable future, there are times when the Green Party of Canada (GPC) will address controversial policies. At the same time, to be electable and build a strong presence in parliament, we need to earn the trust of the Canadian people." It goes on to invite you to be part of a process, a process that I've been involved with since the Special General Meeting last year, to evaluate and improve how the GPC develops and passes motions and policies.

This Committee on Motion Development (CMD) is an exciting undertaking, involving Greens from across the country who are dedicated to responsible governance. We are tapping the expertise in other Green Parties across Canada and around the world to develop the most responsible and most representative framework for motion development that allows the best ideas to materialize. The email is asking you, as a member of the GPC, to participate by attending one of the in-person or online workshops scheduled over the next two weeks.

One of my favorite Elizabeth May quotes is: "Making democracy work, is work." Our future is shaped by those who show up. Participating in your local federal EDA (Electoral District Association) or provincial RA (Riding Association) is a great way to help build civic engagement in your community. Here in Saanich-Gulf Islands (SGI), we are always looking for new members to join our Green Media Group or our Events Teams. It's a great way to stay in touch with fellow Greens, learn new skills and combine forces to engage with the public around current affairs that will shape our collective future. If you would like to join us or support our effort, you can visit our web site or simply reply to this email.