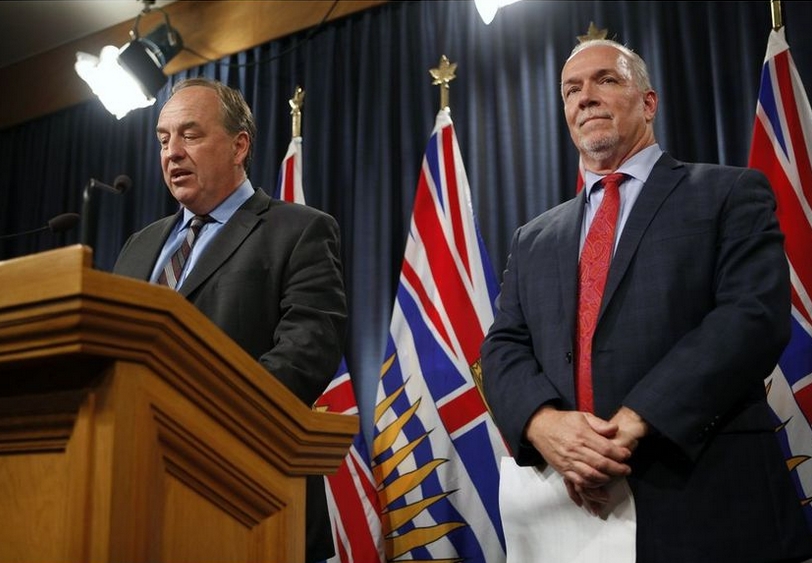 First, let's be clear. We probably would be much better off without political parties. They are not mentioned in our constitution and are not required for parliamentary democracy to work. Instead, they are an overlay on our political system. An overlay that has escalated division and sometimes devolved our principles to the pettiness of ejecting members for things like voting for what their constituents want or agreeing to be the speaker and serve the legislative body as a whole. The fixation on political parties is at its core a misguided focus on ideological power at the expense of democratic representation.

But alas, we seem to be stuck with them. So let's see what possible good they can serve in our society. When I was canvassing during the last federal election I often found myself defining the party as being a source of collective wisdom, that an MP or MLA, who is not whipped to vote along party lines, can draw on as she contemplates her position on a particular issue. (I would also include her sense of what her constituents want, her personal values and the complexity of the issue before her as other considerations.)

Political parties are a reality of our time. The only question is how much power are they able to wield over our democratic processes and who gives them that power. There has been a lot of discussion this last week about the bill introduced in the BC legislature to end "The wild west of political financing" in this province. One component of the bill seems to have attracted most of the conversation, some of it hugely deceptive.

Federally, if you donate up to $400 to either your Federal Electoral District Association (EDA), or the Federal Party directly, you receive a 75% tax credit. For those of you not familiar with tax credits, this means that if you pay as little as $300 in income tax you will get $300 of your $400 donation returned to you when you file your tax return. In addition, any of this money that is spent during an election campaign by a political party, qualifies for a 50% rebate from Elections Canada provided that a party or candidate receives a minimum threshold of support. 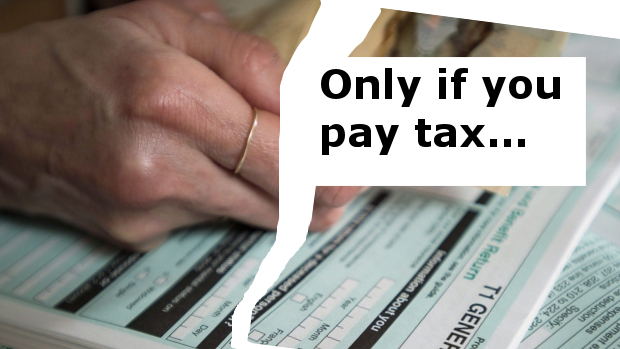 So let's do the math: $100 spent on a political campaign is tax payer subsidized by up to $75 through a non refundable tax credit. But it also qualifies for a $50 rebate which means that the taxpayer pays a total of $125 for every $100 spent by a campaign. This benefits the biggest political parties the most and especially those who can attract large donations. Even at the top end of the federal contribution limit the tax credit is $43/$100 resulting in an overall taxpayer subsidy of $93/$100.

The problem with this system is that it favors those who actually pay income tax. Turns out about one in three of us don't. Sure some of those are high income beneficiaries of our complex and frankly twisted tax code, but by far the majority of those not paying taxes are citizens of our wealthy country who simply don't earn enough. Of the "Nil" returns, almost all of them are filed by low-income residents earning less than $15,000 a year.

If these people wish to support a political party they have it pretty tough. Often they are already struggling to make ends meet, juggling family and job, so probably don't have the time to volunteer. If they decide to contribute financially instead, they need to carve that out of their minimum or fixed income at 100 cents on the dollar, without any support from their better off neighbours. That effectively silences their voices within the political realm and contributes to the apathy and distrust we see all around us. And yet this third of our society is arguably most vulnerable to the effects of increasing income disparity, technological automation and the climate crisis.

That's why, if we are going to have ideologically defined political organizations, we should make sure that they are beholden not to the interests that can afford to finance their existence, but to the people who share their values. A per vote subsidy is one way of leveling the playing field and empowering everyone. Under that structure a person's vote for the party that aligns with their values, strengthens that party even if our electoral process prevents them from attaining a number of seats commensurate with their popular vote. It speaks directly to the principle that every single vote should count, a principle that we give lip service to but so far fail to embed in our political framework. 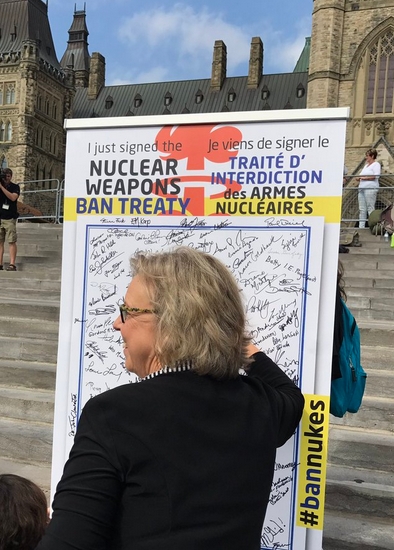 Having experienced the brutality of the Third Reich, Germany is one country among most modern democracies that has realized the importance of public financing of political organizations. Wikipedia reports that since the 1970s, corporate donations have dramatically lost their previous importance. Four events or decisions may have been influential: (1) tax benefits for political donations were limited to individual donors and small amounts, (2) various scandals have raised awareness of parties, donors, media and the general public, (3) parties get reliable funding of their most important needs via public grants and (4) there is no need to "buy" access to politicians or influence peddling because sufficient non-financial channels for both types of lobbying are available.

Not only do they see the value of subsidies for political parties but they went one step further and institutionalized political action groups by supporting ideological foundations with tax payer funded grants. The grants are capped by their associated party's success at the ballot box. These foundations, like the Heinrich Boel Foundation and the Konrad Adenauer Foundation, are not permitted to be politically active but instead are mandated to build democratic engagement.

Democratic engagement is what this weekly missive is all about. It's what the Saanich-Gulf Islands EDA and its volunteer executive are committed to. It's why we maintain a web site, sponsor events, support other community groups and publicize the workings of government at every opportunity. The pressure of special interest groups and corporate lobbyists on governments is already relentless. Making sure that big money doesn't also influence the activities of political organizations is vital to a healthy democracy and a healthy economy.

This week saw the signing of the UN Nuclear Ban Treaty and once again we saw Canada, a non nuclear nation, side with all the nuclear powers to abstain from the commitment to moving towards a nuclear free world. 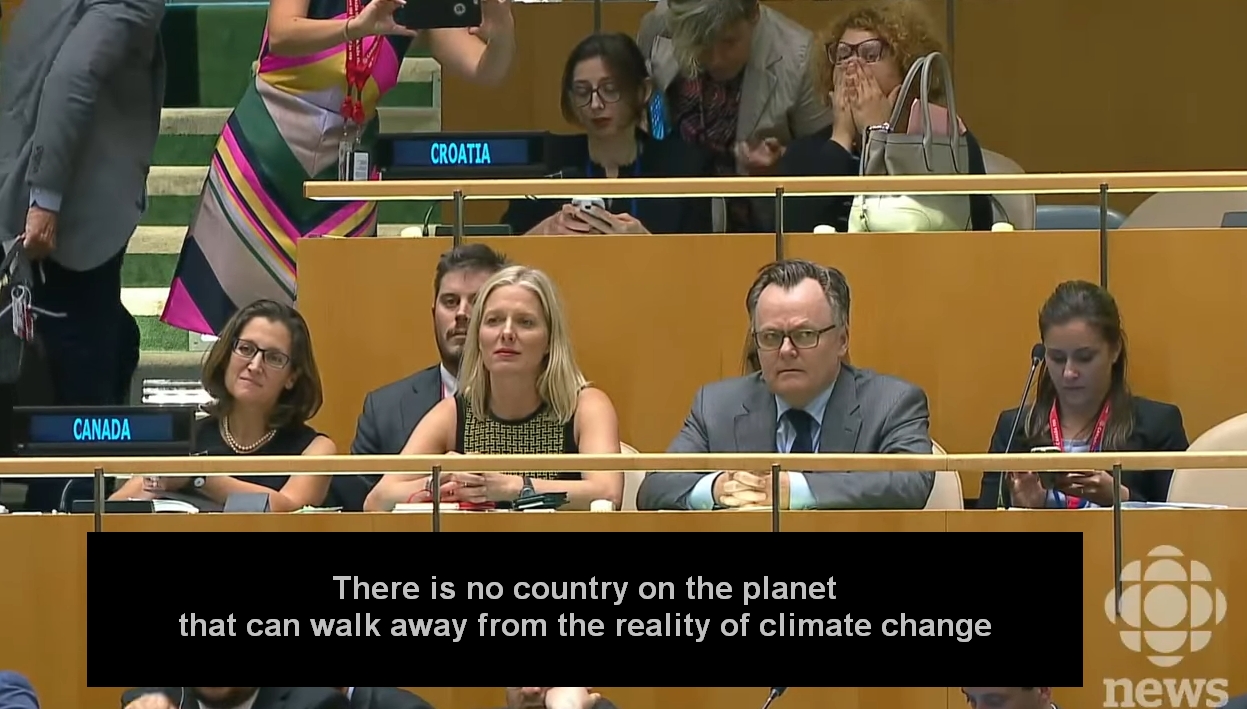 This week we saw Justin Trudeau declare at the UN that "There is no country on the planet that can walk away from the reality of climate change. We have a responsibility to future generations and we will uphold it." And we hear Catherine McKenna proclaim that we need to embed climate action in a renegotiated NAFTA including the "right to regulate." And yet this government is buying fighter jets, approving pipelines and pushing investor state agreements.

There are certain expenditures that need to be publicly funded to keep our society free and secure. Few would argue that our police service, our firefighters, our emergency response teams, should be privatized and forced to raise their own revenues. In almost all of the industrialized world it is recognized that health care should not be left to the private sector and is indeed a communal responsibility. A democracy, dominated by political parties that are beholden to wealthy private financiers, can hardly be considered representative of the public at large.

We all know on which side our bread is buttered and if political parties are incentivized to serve anyone other than the citizens, how can we expect them to act in our best interest. As we've seen in the US, more money does not equate to better government. Equitable public funding for political parties does of course require hard limits on private money in politics. The steps taken here in BC in that direction are not perfect and don't take us all the way there. But they are a good start.