Voting with our wallet? 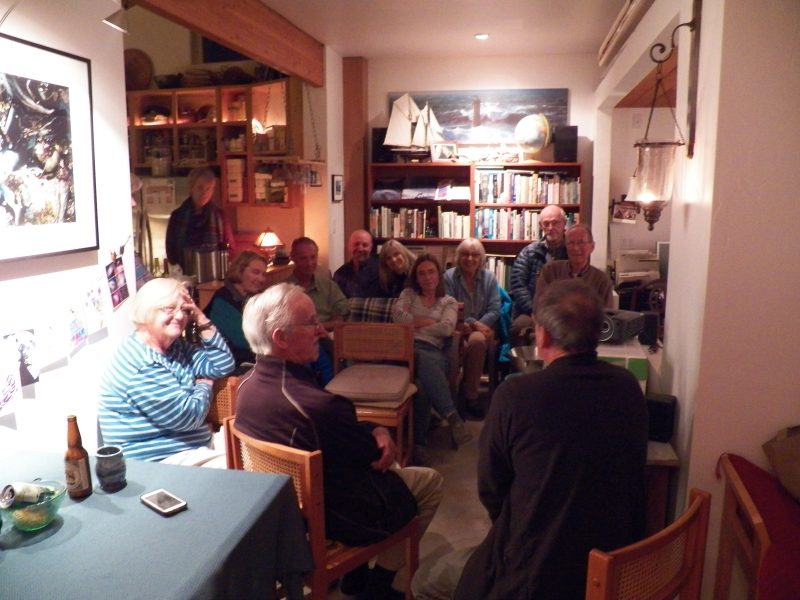 "I'm 34 years old and still don't have a family. I'm back at university, taking on debt in the hope that I can find a career that will offer me a future. Remember the eight years when minimum wages were stuck at $8 an hour? That was me, moving from one abusive job environment to another." It was a personal story offered last week at our Green Media Group volunteer potluck held at a member's home in Gordon Head. This week we had 19 people share fabulous food and great conversation. The meal is usually followed by an update on the latest goings on in the Green Party before we settle into our GreenStorming session. That's where we all share our experiences, perceptions and uncertainties. That's where the magic begins.

"We need to find a balance between voting with our wallet and voting for change at the ballot box." Another perspective that was offered, just two days later, in an open discussion that was part of an SGI movie-night. The movie focused on how green businesses that employ the triple bottom line - people, planet and profit, - can have a huge impact on building a sustainable world. In the conversation that ensued, we heard from an economics professor, an urban food producer, an electric car advocate and many others about the danger of overlooking the critical role of government policy in shaping the world of tomorrow.

One of the folks who attended that movie night has been invited (and funded) by Jim Carr's Ministry of Natural Resources to travel to Winnipeg next week. He will join about 600 other delegates from across Canada and around the world for a conference entitled "Generation Energy." In this clip on CBC's "The House", Jim Carr tells us that the goal of the conference is to answer the question: "What should Canada's energy mix look like one generation from now?" Earlier in that program though he talks about how the NEB is an independent body and how "nothing has changed" in the approval process between the Trans Mountain pipeline and the Energy East pipeline. 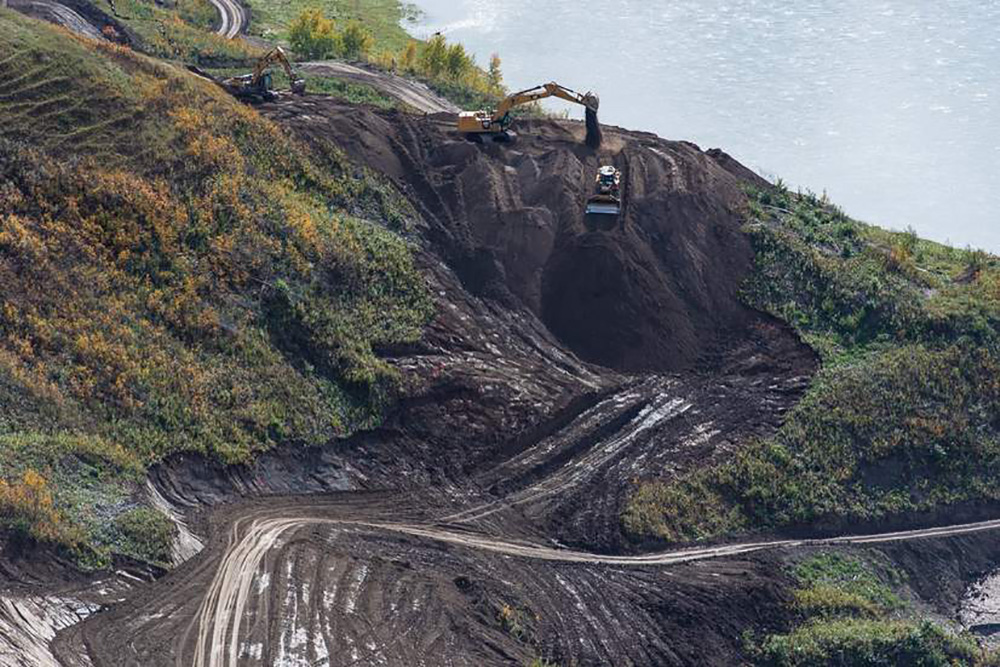 That statement ignores the NEB decision that, unlike in its approval of Kinder Morgan, the Energy East pipeline would be subject to an assessment of both upstream and downstream greenhouse gas emissions. In other words this pipeline proposal would need to document its real impact on the environment and that, the investors concluded, would make it unlikely that the project would make it through the regulatory process. So was it an investment decision? Sure. But it was an investment decision that is nested in the context that governments create.

Whether we like it or not, business activity, our economy, and government are inextricably linked. Government creates the playing field for business to operate. Government is the umpire. Government mows the green or drives the Zamboni. Government turns on the lights and writes the rules. No electricity would flow, no highway could be built no train tracks could be laid if it was left to business to pay market price for right-of-ways through every property along the way. Regulation and rules laid down by governments create the framework for businesses to succeed - or fail.

As we pointed out last week, the only reason we have the Tar Sands in Alberta is because government created an incentivized climate for that form of energy development. The only reason we have CANDU reactors and a nuclear power industry is because at some point government decided to bankroll that industry. And to this day our tax system provides billions of dollars in incentives to multinational oil companies in the form of accelerated depletion allowances on top of extremely low corporate tax rates. To get a glimpse into how this handout is marketed to foreign corporations just take a look at page six of this KPMG report on taxation in the oil industry.

Exxon Mobil, through its Canadian subsidiary Imperial Oil, is just one foreign multinational that reaps those benefits. In 2012 Exxon Mobil's revenues were almost double that of all the revenue collected by our federal government. Since then falling oil prices have cut their revenue stream in half, as their stock has flat-lined with dubious market confidence. In comparison, market confidence has boosted Tesla's stock more than ten fold during the same period even as gas prices remain low. 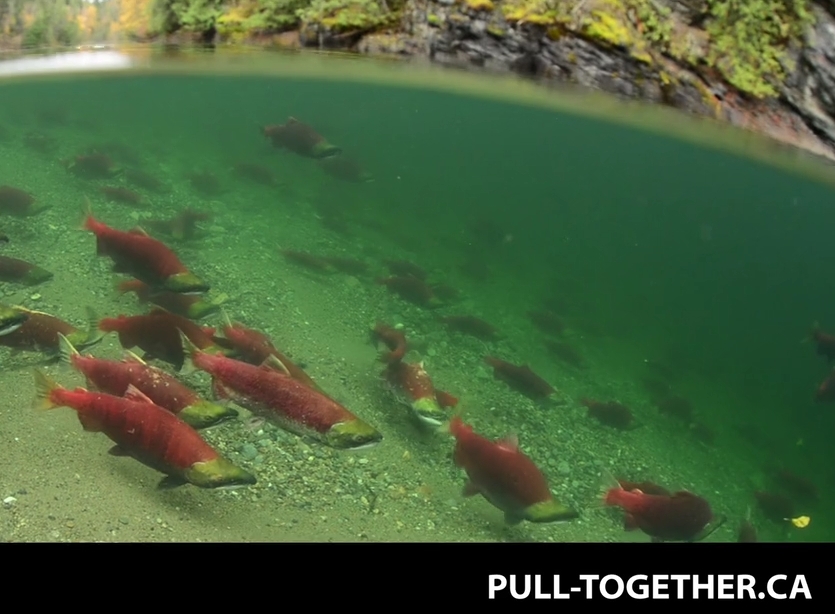 There is much said about how the private sector drives the economy and yet it takes $1.5 billion dollars of government funds for on an oceans protection plan to offset the risk of the increased Trans Mountain Pipeline traffic. $1.5 Billion to pave the way for a $7.8 billion project in a dying industry. Good deal for Canadians, or not? It might be, if the product that will be shipped through our waters wasn't exporting Canadian jobs and could actually be cleaned up. "Pipelines are the safest way to transport oil to markets" it is said. But it's not oil that is being transported. It's dilbit. How often do we have to yell at the radio when this misinformation is repeated. Dilbit is solid bitumen mixed with diluent and can't be cleaned up.

"The role of governments, who have a responsibility to look generations ahead, is to make sure that these decisions are made with our children and our grandchildren in mind." Jim Carr told Chris Hall on "The House" "It's one thing to talk and another thing to act..." But it's hard to act with integrity while talking out of both sides of your mouth. It makes sense to include global downstream CO2 emissions and to let industry be responsible for the consequences of their actions. We should definitely hold solar generating facilities responsible for any solar spills. Ditto for wind. So why did that logic not apply to Kinder Morgan? Why did the NEB refuse to consider evidence from UNIFOR about the economic impacts of the pipeline on the refining industry? Why do we have to fight Kinder Morgan in the courts?

Last week the Nobel Peace Prize was awarded to the International Campaign to Abolish Nuclear Weapons. As Bill Geimer pointed out last February in the Times Colonist, this campaign is trying to address decades of stagnation of a 1970s Nuclear Non-Proliferation Treaty. Instead of supporting that campaign, our government seems to be standing in opposition to it with nuclear powers like the United States whose president is now poised to scrap the world's most robust nuclear inspection program. 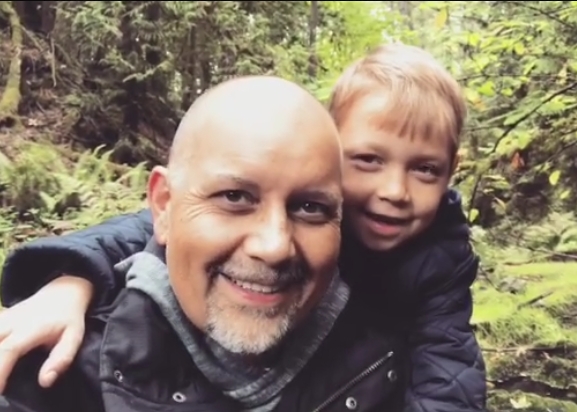 The point is that who we elect to government office matters. Last week the NDP made history by electing the first non-white political party leader in Canada. Jagmeet Singh gained notoriety when a video of him engaging a heckler at a town hall went viral. No doubt he has revitalized the federal NDP and will raise their profile. But sadly there is already speculation, based on an Angus Reid poll, how many Canadians would refuse to vote for him simply based on his religion and ethnic background.

Without a frank public debate about the issues of our time, governments and industry can easily feed us misinformation and get away with it. That's why Elizabeth's Hill staff publish a detailed weekly review of her activities. That's why some of us will be attending the public hearings of the British Columbia Utilities Commission this coming Wednesday in Victoria.

We can't change things all by ourselves of course. But as I experienced again this week, together we can grow our understanding and help those around us engage in shaping our collective future. Not only did the Green Media Potluck and the SGI movie night inspire hope in my soul this week but yesterday I also saw a herculean six months volunteer effort by the Committee on Motion Development culminate in a comprehensive report.

There is much to be thankful for this time of year. Tomatoes from the garden, apples and pears from a friend's yard, warm socks on the increasingly cool nights. For my part I am thankful for being part of a community that is dedicated to building a better future. A community that gives freely of their time, perhaps the most precious gift we can share, not to some cause or political party, but to each other. To offer sanctuary in a fast-paced world filled with uncertainty. To offer simple gratitude for the knowledge that we are not alone.