Welcome back, everyone! First, let me take a moment to extend a warm thank you to all the folks who responded so generously to our email asking for your thoughts on fundraising. Your feedback resonated deeply, both with Elizabeth and the direction that our SGI (Saanich-Gulf Islands) EDA (Electoral District Association) Executive Committee is taking. Thank you also for your generosity in supporting our efforts as an EDA to empower all elements in our party to work together and build a better democracy.

Laura, my partner, loves our local library. Well, she loves books, as we both do, 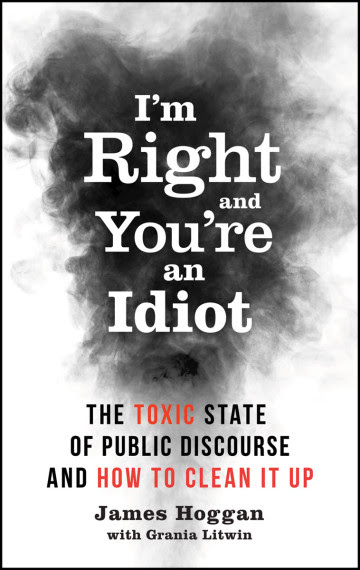 and our local library is such a fine place to celebrate that love. A few months ago, a member of our Executive Committee turned us on to James Hoggan's I'm right and You're an Idiot and when we took it out the first time I didn't have a chance to get through it. Now it's back and I want to share an excerpt with you today. It's by Alex Himelfarb who was interviewed in the 10th chapter entitled: Assault on Democracy.

"Why the urge to demonize or diminish? Why would we want to buy in, however tempting, to prevalent and corrosive junk politics that sees the world as heroes, villains and fools?" Himelfarb offers his analysis of the (what many of us Greens now see as outdated) Left-Right political spectrum where the Right holds us back and the Left moves us forward. Recent developments have again confirmed that things are not that simple.

Perhaps the friction is between those who want to protect whatever it is they have already attained for themselves and their families and those who want to provide a better future for a much larger community of life. The former tends to be driven and motivated by fear, whereas the latter finds its inspiration through hope.

Himelfarb also explains that there is no evidence that Canadians have in fact moved to the Right. He ascertains that perhaps 20% of Canadians would self-identify as being on the Right while an equal number would identify with being on the Left. "But most Canadians have no wings, either right or left, and instead have internally competing Right and Left values."  The image of a bird with one broken wing comes to mind, going round and round, unable to fly. No wings also leaves us clinging to the ground. To fly into the future, we need both wings.

Those that prefer to cling to what is, rather than embracing what could be, often carry the day by breaking one of our wings. They don't have to convince or find solutions. They just have to sow doubt and avoid the debate. "Time is short. Mostly, people are just trying to get by, deal with the kids who have a cold, pay our mortgage." Strategically they only need to "minimize public spaces where dialogue might occur and where it does occur, confuse it and obscure it. The idea is to kill debate, not foster it." They don't need to win hearts and minds, they only need to make sure no one else does either. The key to their success is to sow doubt and limit our sense of what's possible. 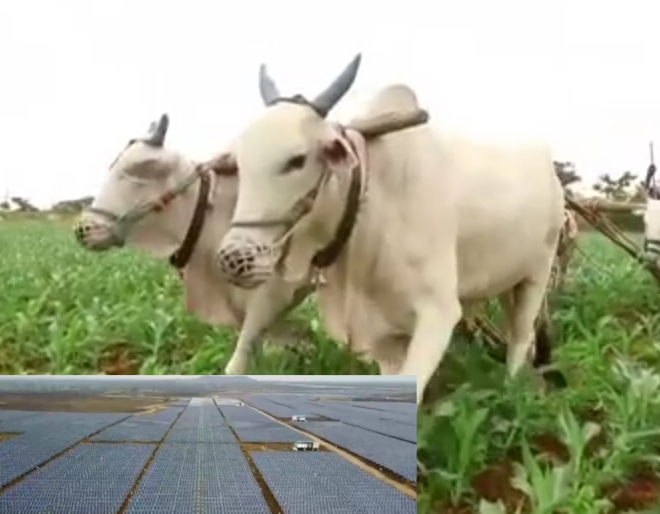 Meanwhile, China is promoting itself as the global leader in technological innovation. Germany is producing so much alternative energy that they paid people to power their Christmas lights over the holidays. And India is leapfrogging the industrial revolution by embracing alternative energy and electric transport with gusto: "Whether or not you believe it, the whole world is going down this path so it's an opportunity to lead, an opportunity to create jobs, and they're killing it right now." While Americans argue about the reality of climate change the Chinese are racing ahead, planning to create 13 million jobs in the next three years in renewables. "China; an entire country on a mission!"

Oliver Geden, Head of Research Division EU/Europe at the German Institute for International and Security Affairs (SWP), tells us that the world should go for "Zero Emissions", not "Two Degrees." Amid the global shift to renewables, he makes the point that to hold the laggards to account requires a different measure of progress.

"Whilst the Paris Agreement is rightly viewed as a diplomatic breakthrough, little has happened since then in terms of the enormous mitigation challenges. While emissions have been basically flat between 2014 and 2016, recent projections foresee an increase of 2 percent in 2017. Even in the unlikely event that all the Paris signatories fulfil their voluntary national pledges, emissions would still be expected to continue rising until 2030. The UN environment programme UNEP predicts a temperature rise of 3.2 °C by 2100 – in other words, well above the agreed thresholds – unless the current climate policy course is changed."

That's why all countries need to get on board, including Canada. To get serious about stemming climate change we need to keep track of Canada's total carbon emissions. Even back in 2013, before Paris targets were set and the Trump presidency helped China and India become alternative energy powerhouses, Canada compared poorly. Now Andrew Scheer is already campaigning that the woefully inadequate Harper targets were so "reasonable" that even Justin Trudeau adopted them. "The Liberals went to Paris and signed on to our targets." In fact, we aren't even close to meeting those targets. The slippery promises of old-style politicians just aren't good enough. We have to do better.

We also have to do better when it comes to things like income disparity. The Canadian Centre for Policy Alternatives just released this year's report on CEO compensation. It finds that, for the first time, Canada’s 100 highest paid CEOs netted 209 times more than the average worker made in 2016. And we're still squabbling about a $15 minimum wage. We have to do better.

Exploring beyond what's possible today, is what building a better tomorrow is all about. And that demands dialogue. Here in Saanich-Gulf Islands both our federal MP and our provincial MLA are committed to fostering constructive dialogue. Elizabeth is embarking on her 2018 January Town Halls shortly and you can find one near you by visiting Elizabeth's new MP Facebook Page (please like and share) or her website. Adam is continuing to set new standards in how an MLA's constituency office engages the community by holding not only Town Halls but Community Dialogues. You can check that schedule by visiting Adam's Facebook page 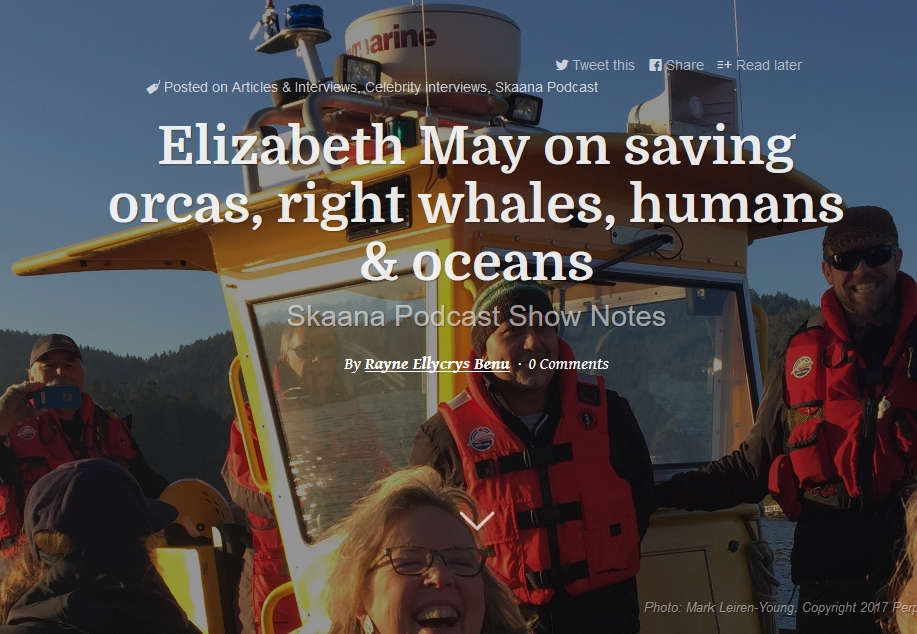 Another place for discussion is in the world of podcasting. I often link to podcasts from mainstream media outlets in this blog but there are also podcasts that are a bit on the edge. Here is an example of one that is particularly well laid out. Little gems like this come to my attention largely thanks to Laura's insatiable appetite for media monitoring and the diligence of our SGI Green Media Group.

The real action in politics is voting, whether it's as a citizen at the ballot box or as an MP in the House of Commons. Everything else is talk, or some version of talk, to persuade, exchange information or transmit ideas. Let's not leave it to those with the deepest pockets, and those who stand to gain the most from the current state of affairs, to run our society. That's how we end up with outdated and super expensive infrastructure, like pipelines and mega dams.

Making democracy work is work. China, Germany, and India are all thriving because of progressive government policies that have set the stage for innovation. Let's use every opportunity to explore and forge such policies. And then let's tell our Federal Cabinet that we believe in Canada and are ready to join the world.