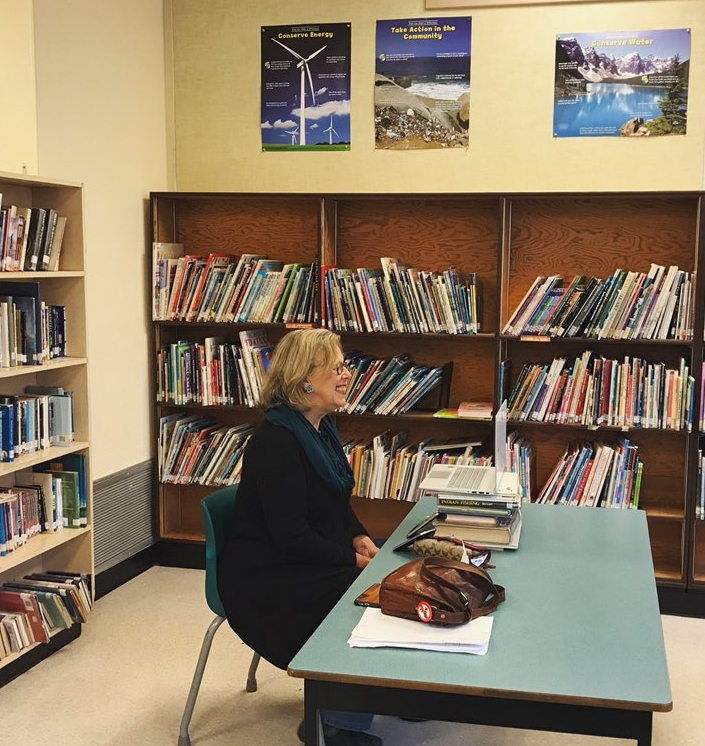 My plan for today was to write a good news story around the inaugural Future of Mobility Summit to be held in Silicon Valley, California early in February. But as is so often the case, the week's events overtake these plans and I find myself writing about something else altogether.

For many of us here in Saanich Gulf Islands (SGI) this week revolved around Elizabeth's Town Halls. It was on the way to Tuesday's Town Hall on Salt Spring Island that Elizabeth's team received a phone call from CBC Television: "Can Elizabeth May do an interview with Terry Milewsky on Power and Politics?" Sure, was the reply as the ferry approached the Fulford Ferry dock. Fulford is one of those classic 'west coasts feel' communities which everyone around here knows, has no cell service.

So when Elizabeth and her staff made it back into cell coverage halfway to Ganges, the scramble was on. Where to find a reliable wifi connection that was quiet enough to do an interview on national television? Salt Spring Island Elementary School Library to the rescue. For those of us who have struggled with wifi passwords, it's easy to imagine the bead of sweat that must have appeared as the minutes closed in on the live interview. But they pulled it off. With laptop perched on a stack of books and both blackberries propped up in front of her, Elizabeth smiles at the camera and tells the nation what's really going on with the carbon tax. You can watch the interview starting at 1:16:40 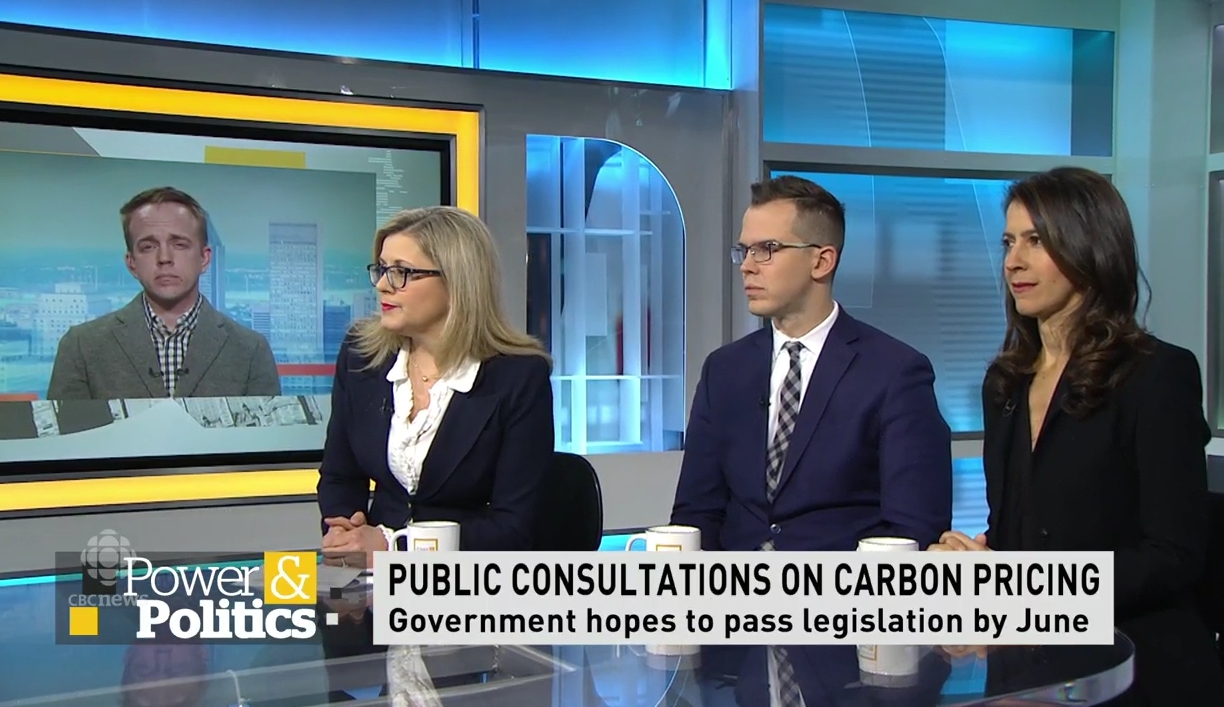 "The Trudeau Liberals' promises sound like Elizabeth May and their delivery looks more like Brad Wall (soon to be Jason Kenney)." The pundits repeated this sentiment several times (at 47:25) on Power and Politics. Hey, maybe that's a new form of branding for the Liberals. The centrist party that positions its image halfway between their promises and their delivery.

Perhaps that's a little unfair for, as Elizabeth recounted in her town halls, there are instances when members of this government have made serious attempts to fix what's broken. But the CRA is still following through on the politically motivated audits of Environmental Groups and NGOs, the oil industry still regulates itself through a broken NEB process, and much is being made about the effort of moving incrementally closer to meeting the woefully inadequate carbon targets that Harper set.

The carbon tax "backstop", that is the tax that Ottawa will impose if the provinces don't come up with their own, is going to be based on intensity targets and industry averages for the big polluters. Intensity targets were something President George W. Bush championed a decade ago. Instead of limiting emissions as a whole it simply states that you have to limit emissions per unit produced. This leaves the door wide open to higher emissions as we continue to grow production. At the same time, industry averages sort of take individual companies off the hook and may well reduce (or eliminate) the market competition that a flat and equitable tax per ton of actual emissions would generate.

It's hard to miss the frustration in Elizabeth's voice. Why? Because the world is moving forward while Canada is falling behind. Heavily influenced and legitimized by the tweeting dinosaur south of the border, we still consider the preservation of 20th-century jobs as our number one priority. To see just how deeply that dinosaur's head is buried in the sands of the last century here is an article about how the US Energy Information Administration report, is seriously underestimating solar power abroad. Talk about 'Alternative Facts'. 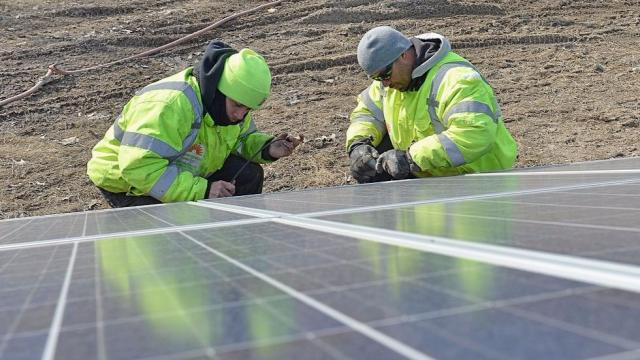 Could alternative facts, spun by self-serving interests, also be behind John Horgan's pursuit of an LNG industry? This week we saw the premier address a resource industry audience in Prince George with an expectation for at least one or two LNG export facilities in this province. It's a gamble. And it's wisdom depends largely on how committed the global economy is to get off carbon fuels. By betting on LNG we are betting against the future. We are betting that the world won't take the Paris accord seriously, let alone that we will be a climate leader.

That's why Sierra Club BC would like the premier to do some math before he heads to China: The Premier has indicated he will meet with KoGas, Mitsubishi and PetroChina, all members of the LNG Canada consortium, during his trip to Asia. Shell Canada is also a member of the LNG Canada consortium. “If LNG Canada goes ahead, it alone could account for more than three-quarters of B.C.’s allowable emissions in 2050,” said Sierra Club BC’s forest and climate campaigner Jens Wieting. “No matter what government is in power, exporting liquefied fracked gas to Asia will make it impossible for BC to meet our legislated climate targets; the math simply doesn’t add up.” 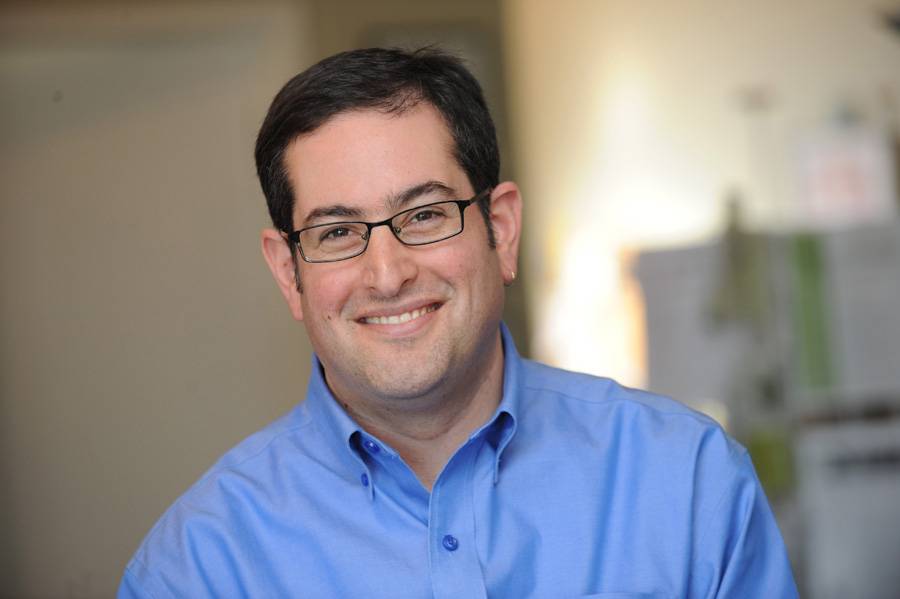 And neither does the math for Site-C. As Seth Klein wrote this week: "It is a curse of modern social democratic governments that, on economic matters especially, they are inclined to let others tell them what is and isn’t allowed. This dynamic plagues otherwise progressive people who lack confidence in economics, and it is heightened when senior civil servants remain in place after a change of government—the same people giving the same advice as always." Klein predicts that: "The economic and political costs of proceeding with Site C will haunt the government throughout its mandate and beyond."

China is no slouch when it comes to global trade and it sure feels like we now have two superpowers that are ready to exploit our governments' opportunism for their own benefit. As was reported back in 2012, under the China Investment Treaty, China could sue for decisions made by any level of government in Canada, if Chinese companies thought they were not being treated the same as Canadian ones.

This powerful arbitration process operates outside of the Canadian legal system and Canadian courts. Arbitration happens behind closed doors and if the arbitrators finds Canada at fault, Canadian taxpayers are left footing the bill. Several countries have already faced stiff punishment under such treaties including the now infamous Bilcon case.

With a 30% share, Aecon Group Inc. leads a consortium that BC Hydro announced on December 21, would be the preferred bidder for the spillway and generating station contract, which is expected to be worth at least $1.2 billion. One day after BC Hydro announced that the Aecon-Flatiron-Dragados-EBC Partnership (AFDE) had been named as the preferred contractor, the Ontario Superior Court of Justice approved a $1.5 billion takeover of Aecon by CCCC International Holding Ltd.

CCCC is the overseas financing arm of China Communications Construction Co. Ltd., a state-owned, publicly traded construction company headquartered in Beijing. Once they are awarded a contract for site C they could file an arbitration claim for loss of expected profits should the site C decision be reversed. Once this takeover is approved under the Investment Canada Act, it will be "heads I win, tails you lose," for Site-CCCCChina. 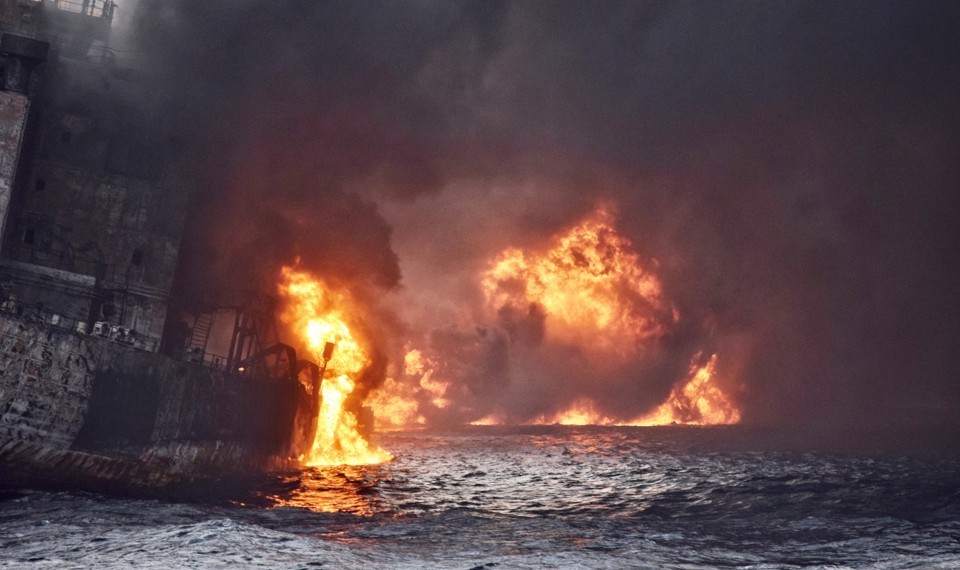 One more story about carbon came across my radar this week. Elizabeth mentioned it on one of her town halls I attended and so I looked it up. The headline blared: "The World Has Never Seen an Oil Spill Like This" A massive Iranian tanker, the Sanchi, collided with a Chinese freighter carrying grain. Damaged and adrift, the tanker caught on fire, burned for more than a week, and sank. All 32 crew members are presumed dead. It spilled a million barrels of oil into the sea. Except it wasn't oil. It was condensate, the "dil" in the dilbit that Kinder Morgan wants to ship more of through the home of our southern resident Orcas.

If all this seems a little crazy to you, then you would have enjoyed our first Sustainable Living event on Friday. We had about 30 people attend our talk with Andy Hoffman; “How Culture Shapes the Climate Change Debate.” Andy reminded us how important it is for us to reach across the divide and welcome everyone into the debate about our collective future. So let me connect you with two opportunities where you can provide some valuable input. One is internal to the Green Party. We will host our biannual convention, September 28-30th in Vancouver. If you are a Green Party member and have not already done so, please complete this survey before the end of the month and sign up for updates. https://www.greenparty.ca/en/convention-2018/survey

And whether or not you are officially a member of the Green Party, if you believe that Elizabeth has earned the right to be in the National Leader's Debates during the next federal election, please take a moment and make your voice heard now. The Minister of Democratic Institutions is asking for input. 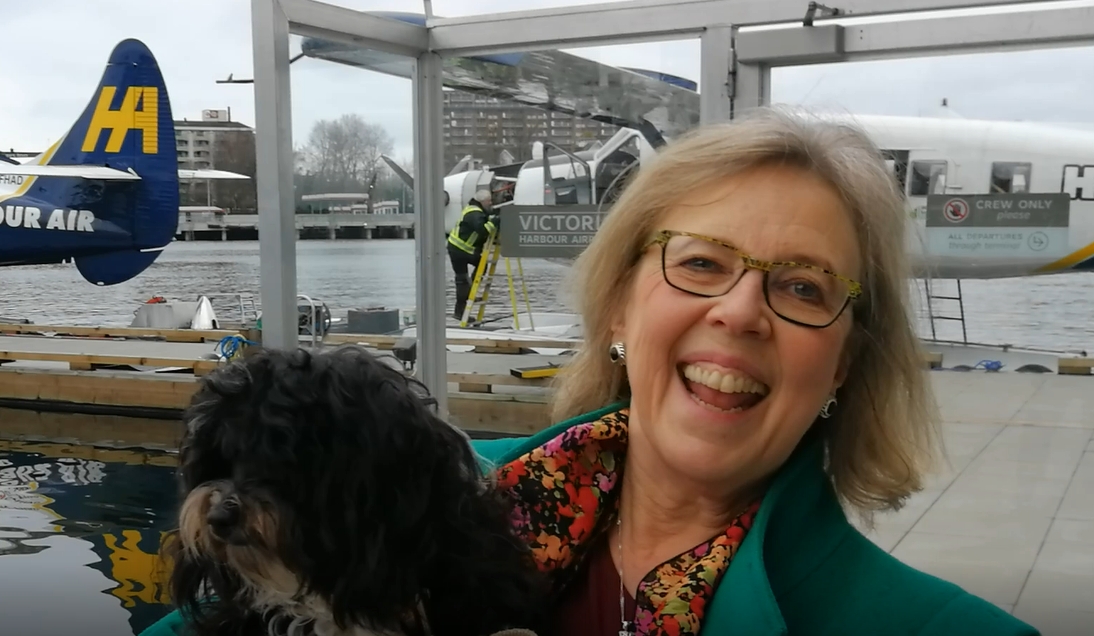 Before we close for the week, just a reminder that there are still a couple of town halls you can attend. Yesterday Elizabeth held one on Mayne Island after marching in solidarity with women around the world in Victoria. I had a chance to capture this video blog before Elizabeth boarded the float plane. On Tuesday you can catch her at the community hall on Saturna and on Wednesday the final town hall for this blitz will be at the Lady of Fatima Church Hall in Saanich. For more information check out Elizabeth's new MP Facebook page.