What if Tony Seba is right? 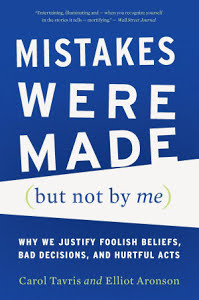 "Mistakes were made but not by me." It's a fabulous book that explores the implications of our impulse to reduce cognitive dissonance. That impulse allows us to sleep at night but it also prevents us from not only embracing the reality of our situation but from avoiding behavior that is actually devastating to ourselves and the people we love. "We are emotionally motivated to reject findings that threaten our core beliefs, the beliefs that are most central to us, the stories we tell about our lives, [and] our world view."

In this talk to the Center for Inquiry last August, Carol Tavris explains how all of us—even skeptics—can easily fall prey to bias in order to deal with the uncomfortable feeling of dissonance when we are confronted with ideas which contradict what we believe—or need—to be true. For Donald Trump this is about coal. After Trump was elected, the U.S. Environmental Protection Agency was told to scrub the agency’s website of all information about climate change and redirect people to pictures of Trump posing with coal miners.

For Justin Trudeau it's about Tar Sands bitumen. But instead of wiping facts off web sites, Trudeau prefers to employ Orwellian logic: Building pipelines to ensure that we increase Tar Sands production, will fight climate change. Mark Jaccard explores how George Orwell would have had fun with this disconnect: "Mr. Trudeau and his advisers know that it makes no sense, indeed is economically and socially irresponsible, to build a pipeline today for expanded production that should not occur if we are to prevent devastating climate change. Fostering increased oil sands jobs in Alberta is inconsistent with global climate goals." 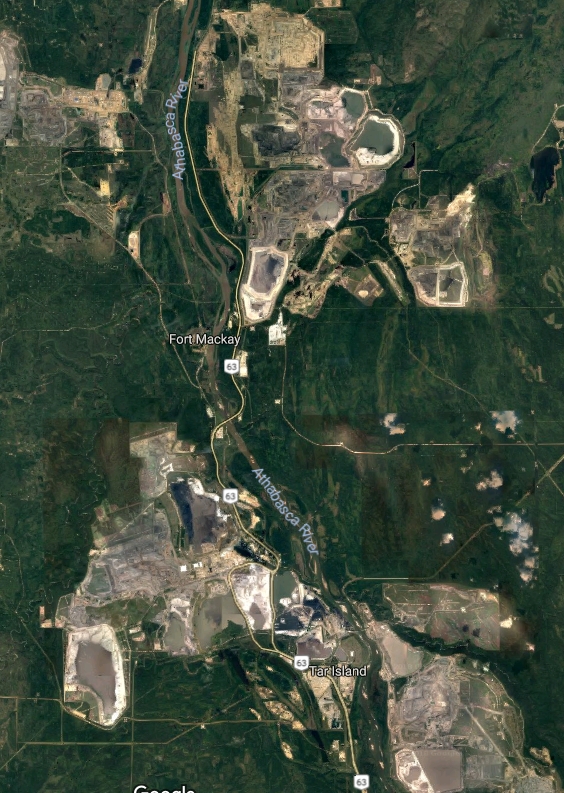 And yet Trudeau is singing a duet with Rachel Notley. In Elizabeth's words, the term 'national interest' is showered around the Kinder Morgan pipeline like confetti. As her piece in the Vancouver Courier points out, simply because the media has bought the spin doesn't make it true. And yet the spin attempts to justify the outrage against a B.C. government for having the audacity to represent its citizens’ interests. But that spin is getting exposed for what it is; classic doublespeak.

When Trudeau issued his ultimatum, that he would not implement a National Carbon Tax or increase the safeguards to protect our coast from oil tanker traffic unless we are willing to be the door mat on which Canada can wipe its dirty Tar Sands boots, he should have recognized that this threat fully exposed his party's agenda. That agenda is increasingly recognized as pandering to special interests and big money by helping to maintain the illusion that a dying industry is actually still thriving.

The reality is, there is no waiting market for Tar Sands dilbit. Mitchell Anderson writes in the Tyee: "Like many things in life, the truth is found in hard facts, not overheated rhetoric or wishful thinking. Ten years ago the Trans Mountain pipeline was quietly expanded by 40,000 barrels per day, about 13 per cent. With a decade of shipping data available since that upgrade, has the Asian market exploded for Alberta bitumen?" Not so much. "In 2016 the U.S. accounted for 99.99 per cent of outbound crude oil shipments." 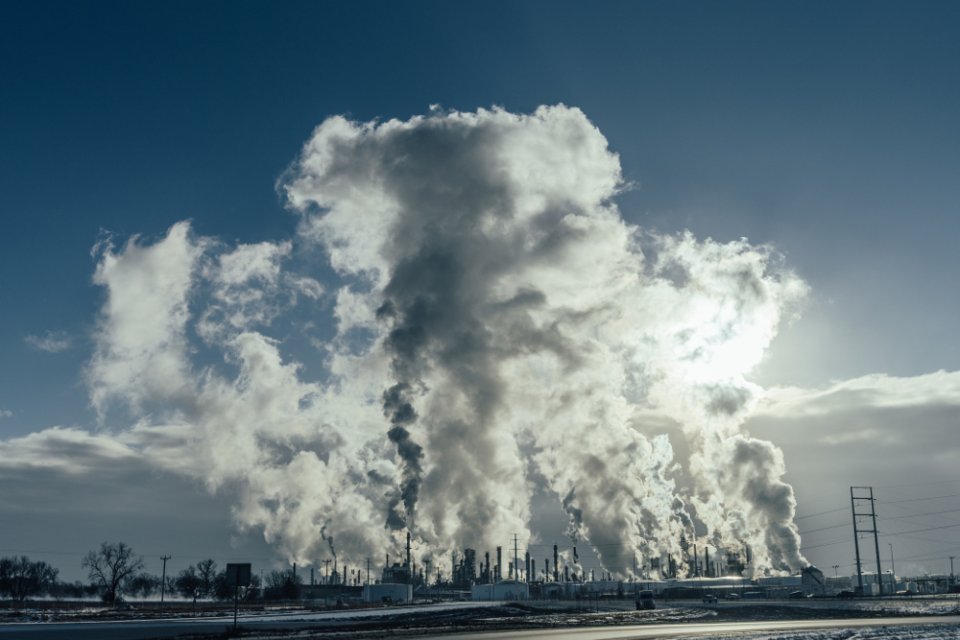 He goes on to quote Jeff Rubin's recent assessment of the viability of increased pipeline capacity out of Alberta. It's not good news for dilbit. Exxon already had to write off US$16 billion of its oil sands assets, including all 3.5 billion barrels of bitumen reserves at its massive and still expanding Kearl Lake mine. The bottom has already fallen out of many bitumen projects and the only short term market for bitumen seems to be, you guessed it, Donald Trump and the Koch Brothers.

Its hard to understand something when your paycheck (or investment portfolio) depends on you not understanding it. "Banks effectively go into business with their clients, businesses or households, when they lend to them. Therefore, it is in a bank’s interest for its clients to remain going concerns.”  Scotiabank has the largest exposure to Tar Sands debt of any Canadian bank at $32 billion. And as Robyn Allen points out the TD Bank has significant exposure to Kinder Morgan Inc. (KMI) and Kinder Morgan Canada Ltd. (KML). 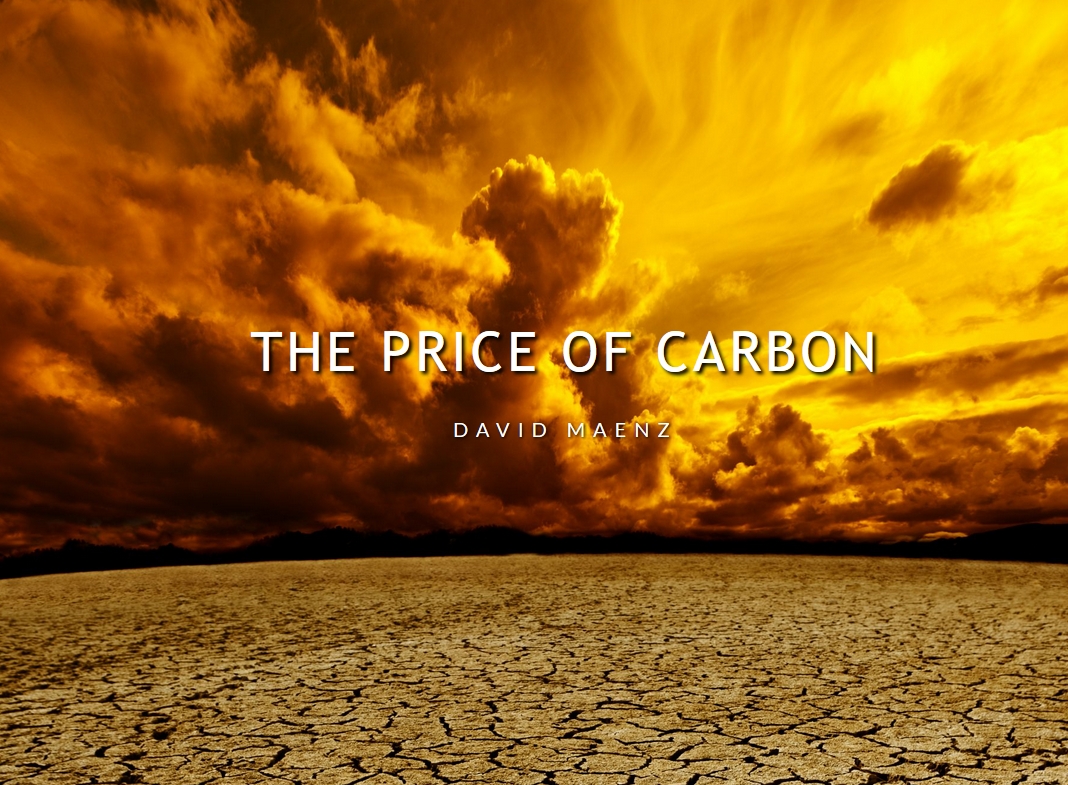 Remember when Trudeau chastised Elizabeth for daring to link the disaster in Fort McMurray to climate change? The Verge reported this week that in July, San Mateo, along with Marin County and the city of Imperial Beach, sued 37 fossil fuel companies, arguing that they should help pay for the damage their products cause. In December, Santa Cruz filed a suit of its own. Nine cities and counties have now brought similar lawsuits, including San Francisco, Oakland, and New York. In recent weeks, officials in Los Angeles and Florida have discussed joining the fray. And the list keeps getting longer.

Like it or not, the world is becoming aware of the true price of carbon. And our real life experiences with alternatives are debunking the myths that have been perpetuated to slow their growth. Even the skeptics are musing about how autonomous, electrified vehicles will revolutionize transport. 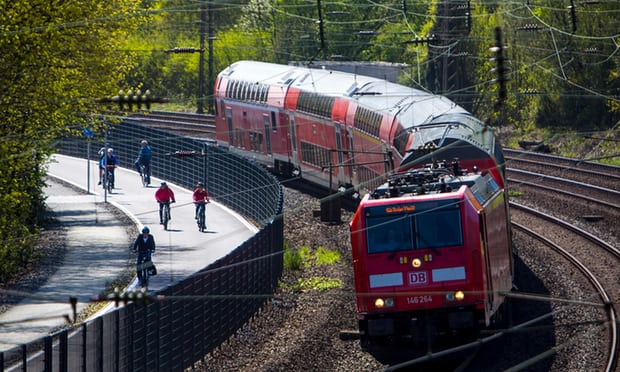 We're racing down the highway to autonomous cars. But what happens to our economy, the shape of our cities, and even our century-old car-centric culture? Some jurisdictions are looking at free public transport to reduce the number of cars on the road. And while Rachel Notley conveniently forgets that there is a pristine archipelago in the waters between BC's mainland and Vancouver Island in her $56,000 ad campaign, the world continues to make big moves to drive down the cost of self-driving cars.

In January 2017, Waymo announced triumphantly that they had slashed the cost of the Light Detection and Ranging (LIDAR) technology critical to autonomous cars by 90% to $7,500. By the end of last year, the digitization of that technology, replacing spinning mirrors with solid-state sensors, reduced that cost to as little as $250 for bulk purchases and will eventually drop to $100 each. 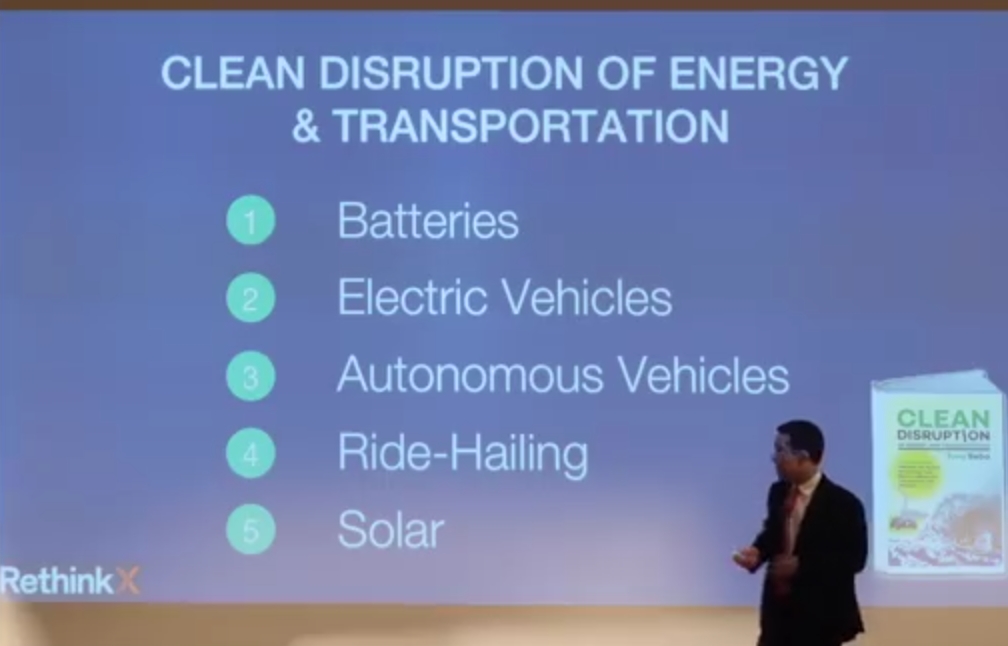 That's the dynamic that Tony Seba talks about in his latest video on the technological convergence barreling towards us. Among other things he cites the rise of cell phones and digital cameras as examples of how fast and unpredictably an entire industry can change. Kodak went from one of the most blue chip companies into bankruptcy in the span of 10 years. It's usually the experts, the insiders, who miss the disruptive opportunities. Although Kodak developed a digital camera in 1975, the first of its kind, the product was dropped for fear it would threaten Kodak's photographic film business.

And that brings us back to the cognitive dissonance surrounding Kinder Morgan. While those with a vested interest continue to perpetuate the myth of an expanding carbon bubble, industry insiders know that the age of oil is about to come to a close. Even the tar sands workers know that they better start making the shift. Sadly the newly minted federal NDP leader refused to weigh in on this critical issue during their recent national convention. Instead, he too preferred to sidestep this new reality. 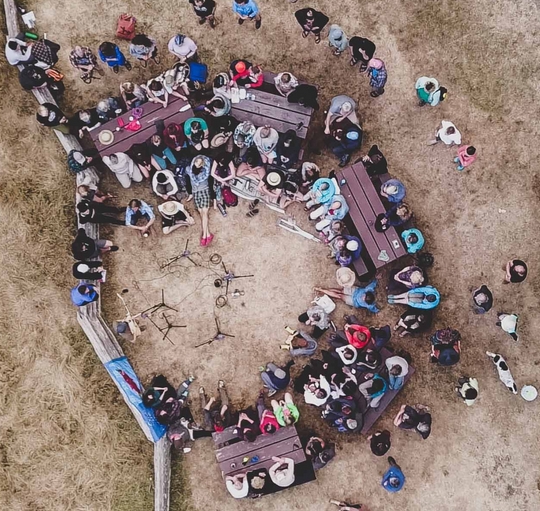 Let's all stand with First Nations on March 10th and support our current Provincial Government to build a better future.