Solar for $10 a barrel equivalent 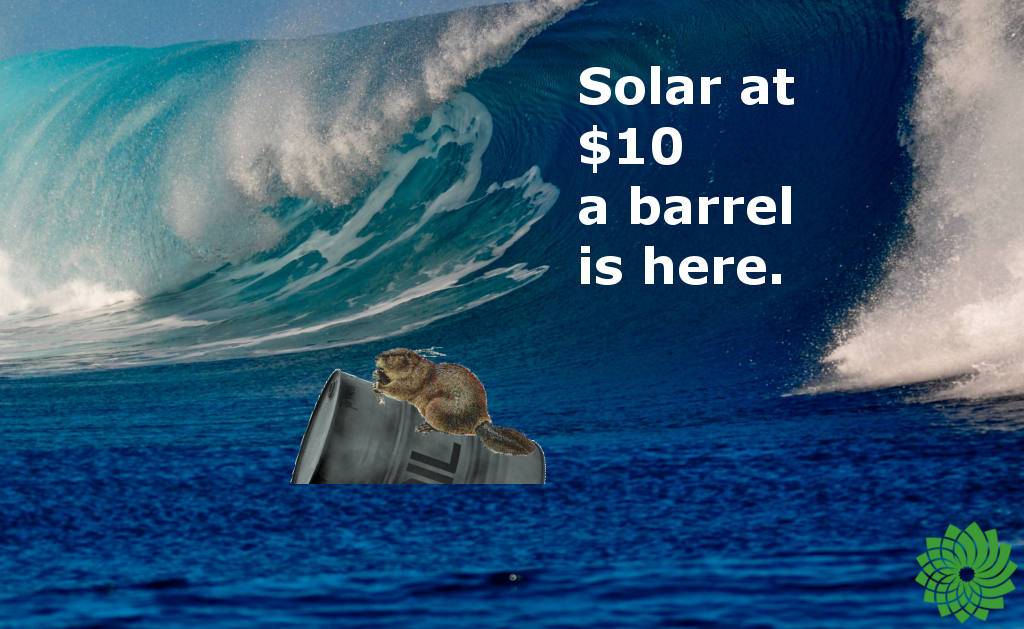 As if on cue, Catherine McKenna and Jim Carr tag teamed their talking points here in BC last week, to entrench the spin around their version of our "national interest". Of course Elizabeth set the record straight in this rebuttal on CBC's, The Early Edition: "We have to be much bolder. If we're serious about our kids having a livable world, building fossil fuel infrastructure in 2018 is a sign of deep negligence, which is the kindest thing I can say about it." But that won't dissuade the Energy Minister of Texas and his newly indoctrinated sidekick.

The talking points about access to world markets was debunked somewhat in the piece I wrote last week. This week, with the help of many of you who have submitted the stories that follow, I want to take a look at that world market and see where it is headed. So hold on to your suspenders and let's take a little trip. 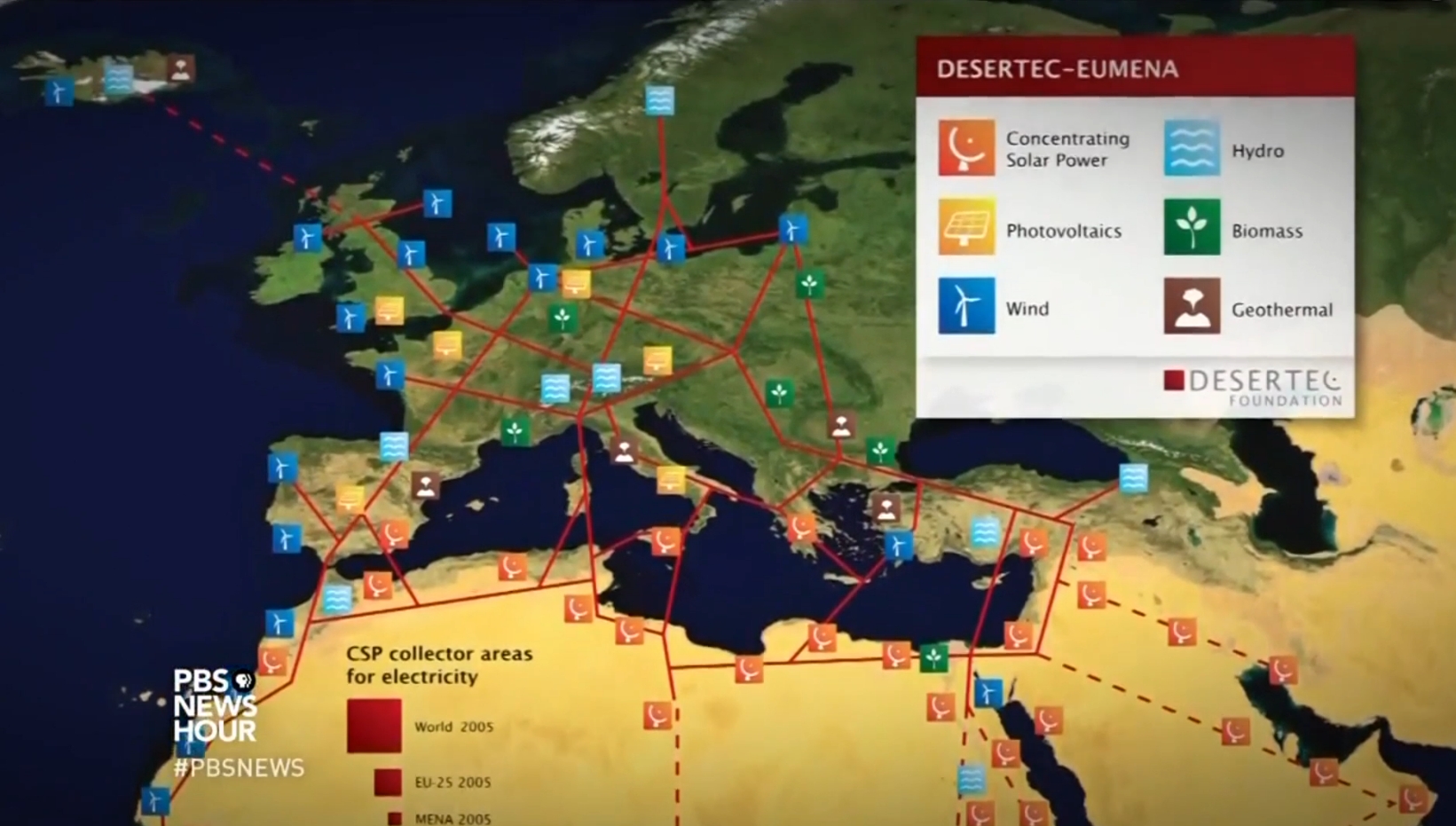 We'll start in Morocco, where they are turning the Sahara desert into a solar energy oasis. "Morocco says it wants to be the Saudi Arabia of solar energy. Its flagship project is a first-of-its-kind, a $9-billion energy plant called Noor, meaning "light" in Arabic, and the size of the city of Paris." Remember the Club of Rome? They wrote a report that was published in a book back in the 1970s called "The limits to Growth." They are now working on a project known as "Desertec" which is a plan to use solar power from the desert to power all of Europe.

Next let's go to China, where they are planning to create 13 million clean energy jobs by 2020. "The country has announced that it will invest [an eye popping] $361 billion in renewable energy through the end of the decade — another signal that the world’s most populous nation is serious about combating climate change. The investment, Reuters reports, will continue as China shifts away from coal and other dirty fuels."

Hydro power all around the world is dependent on glacial runoff but as glaciers disappear, this source of power is in peril. So in Iceland they are actually drilling into a volcano in anticipation of climate change melting their glaciers. "Iceland is currently the only country in the world running on 100% renewable energy, but apparently that isn't good enough for them. They have just drilled roughly 3 miles (5km) into the heart of a volcano to access the immense heat trapped inside. The geothermal power plant, located at Reykjanes, is named after Thor, the Norse god of thunder and lightning. Most of Iceland's current electricity comes from hydroelectric dams with geothermal currently accounting for just 25%." 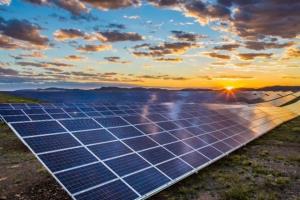 In Ghana, the president has pledged to increase solar energy by ten fold in 12 years. "To this end, and in keeping with Ghana’s commitments under the Paris Agreement, the President outlined some solar energy programs for implementation by 2030, which include the attainment of utility-scale solar electricity from about 22.5 megawatts to 250 megawatts."

Last week, President Emmanuel Macron announced that France will commit 700 million euros to the International Solar Alliance (ISA). "ISA is an inter-governmental organization that aims to mobilize $1 trillion in funds for future solar generation, storage and technology across the world. It has 60 signatories, with 30 of those countries having ratified the agreement. The treaty-based organization, launched by Indian Prime Minister Narendra Modi in 2015, aims to promote solar energy in 121 countries."

China is cracking down on pollution like never before, with new green policies so hard-hitting and extensive they can be felt across the world, transforming everything from electric vehicle demand to commodities markets. "The trend towards clean energy is poised to keep gathering steam worldwide. Bloomberg New Energy Finance projects global investment in new power generation capacity will exceed $10 trillion between 2017 and 2040. Of this, about 72 percent is projected to go toward renewable energy, roughly evenly split between wind and solar." 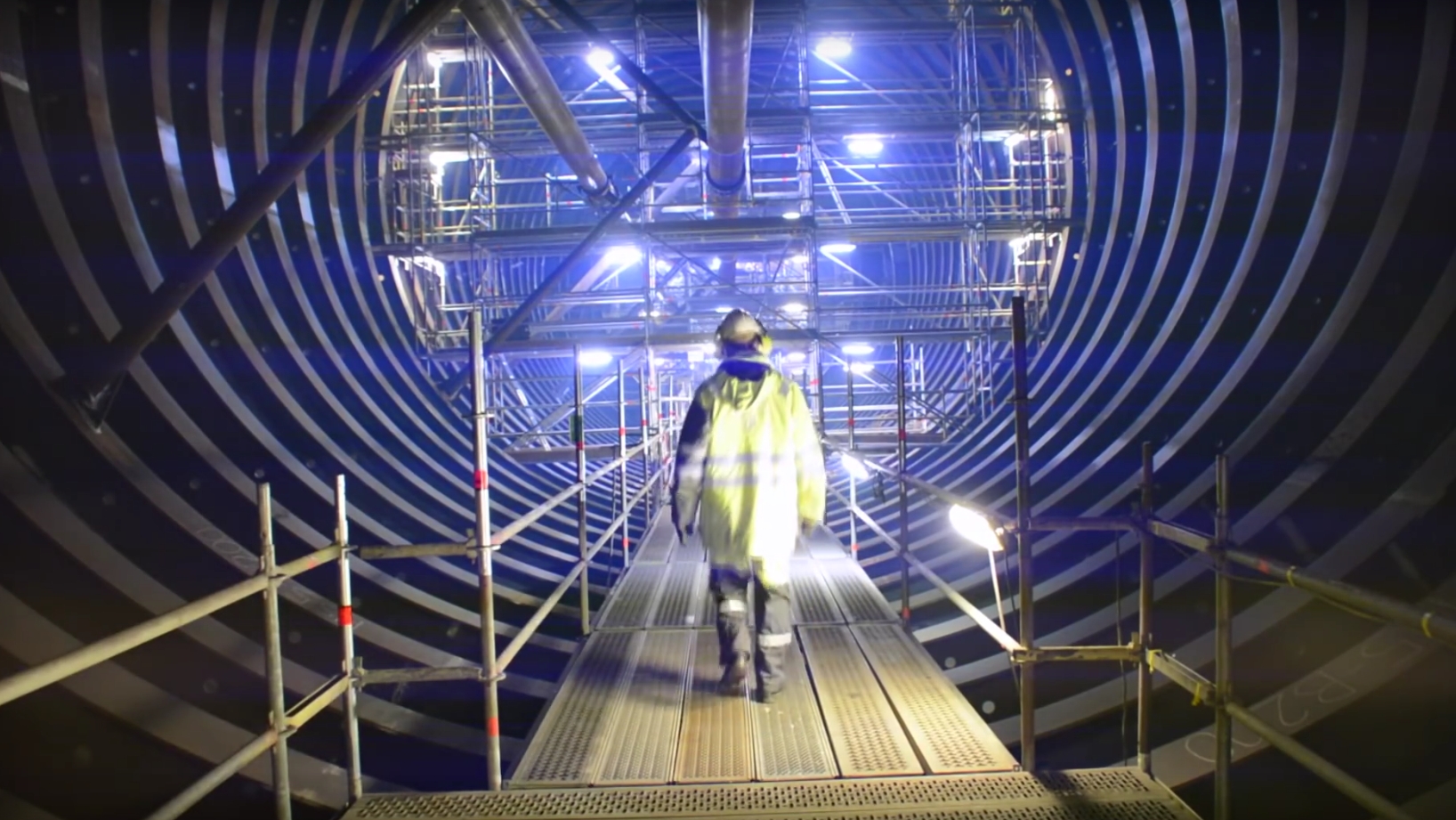 Remember Statoil? The company that sold it's share in the Tar Sands to buy an offshore wind farm lease off the coast of Manhattan? Well, take a look at this breathtaking video and see what they have been up to in Scotland since then. Their 30-megawatt wind farm, located about 15 miles off the Aberdeenshire coast, churned out 65 percent of its maximum theoretical capacity during November, December and January. (BTW, this energy company is changing its name to Equinor, to reflect its shift to renewables. “The energy transition is happening, and we have to be part of that,” Chief Executive Eldar Saetre.)

And while all this is going on, Adidas Sold 1 Million Shoes made of ocean plastic last year, New York is rewriting the book on how Americans bike in cities, and this little village in Germany continues to produce six times as much energy as it consumes. Laura and I had the opportunity to tour Wildpoldsried in 2013, escorted by the deputy mayor, and were blown away by the ingenuity and pragmatism of this very conservative municipality. 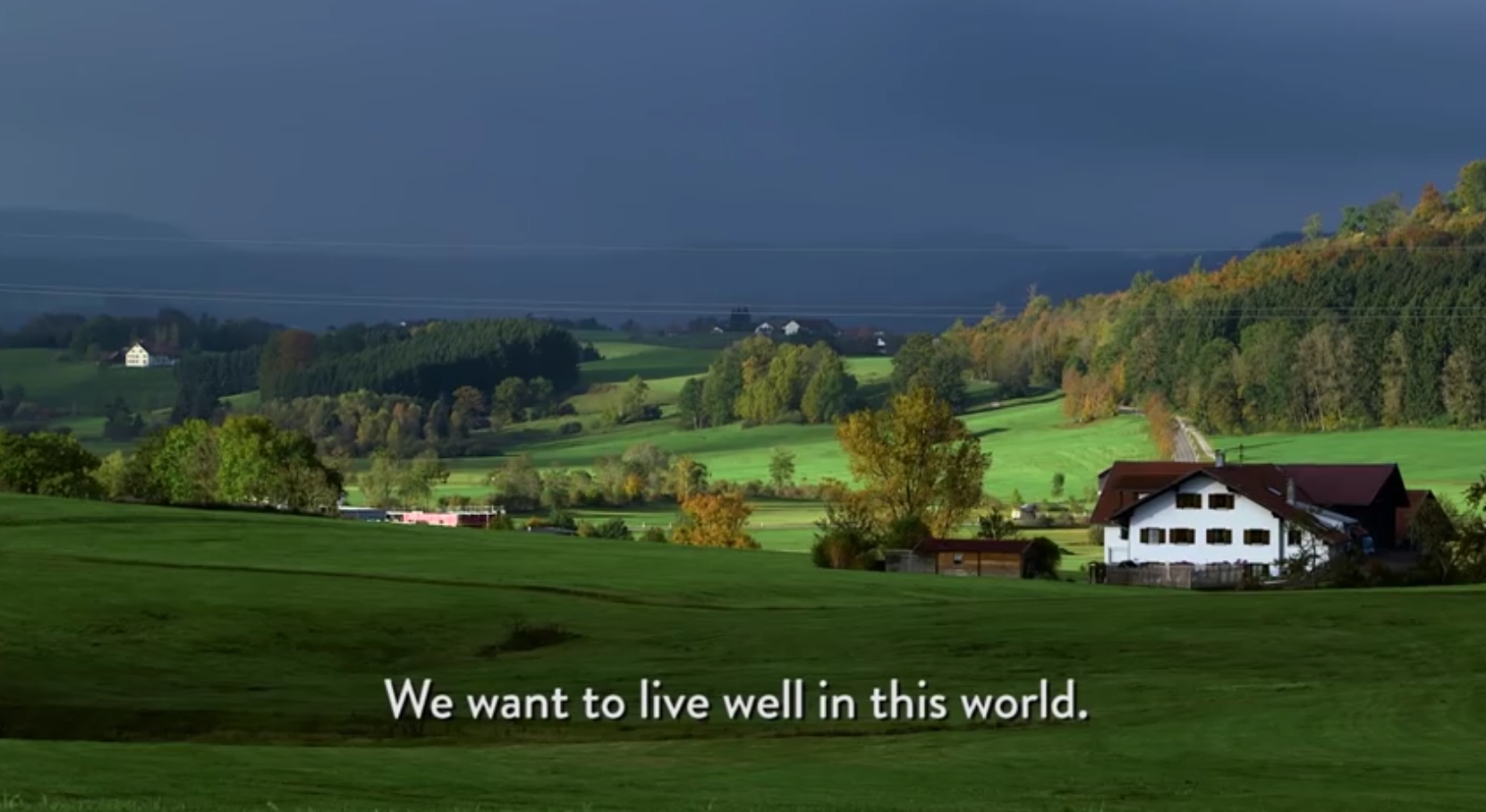 When Bill McKibben was accused in the Globe and Mail of leading an American subversive plot against the squeaky clean Canadian Oil sector, it's no wonder he tried to set the record straight. But the Globe refused to give him the space to do so. So the National Observer published this piece. In it, Bill lists 5 reasons why Gary Mason was totally off base. I particularly liked the last one: "Fifth, and by far the most important, what Mason and the oil barons fear is not the distorting power of foreign wealth. (Any self-respecting oil company spends more money lobbying in a month than 350.org will spend in a lifetime). What they fear are the facts. People campaign against the Kinder Morgan pipeline not because the Rockefellers told them to, but because of basic reality."

"For me, the math is simple." writes Bill, "Justin Trudeau (who seems to me a slightly forced and twee shadow of his quite original father, the first political figure I ever knew about) came down to Texas recently to explain that “no country would find 173 billion barrels of oil in the ground and just leave it there.” Run the numbers: if Canada digs up that oil and runs it through pipelines and it gets burned in someone’s gas tank, then it will have taken up 30 percent of the planet’s remaining carbon budget. It was Canada, actually, that set this budget: its delegates lobbied at the Paris climate talks for a temperature target of 1.5 degrees Celsius. Now, the one half of one percent of the world’s population that lives in Canada wants to use up a third of the space we have left."

While the Federal Government is arresting people in BC for standing up to big oil, people all over the world are embracing the reality of renewable energy and turning their back on carbon. In the talk Elizabeth gave at UBC last week, she explores what it would be like if we all helped to accelerate that transition and pulled out all the stops to combat climate change. Her historic account of life as an activist can be summarized in this phrase she attributed to David Orr: "Hope is a verb with its sleeves rolled up." It is a wonderful, in-depth exploration of her commitment to our future, of her commitment to hope.

Have a hopeful Sunday,