The Oligarchy and Canada's Carbon Debt 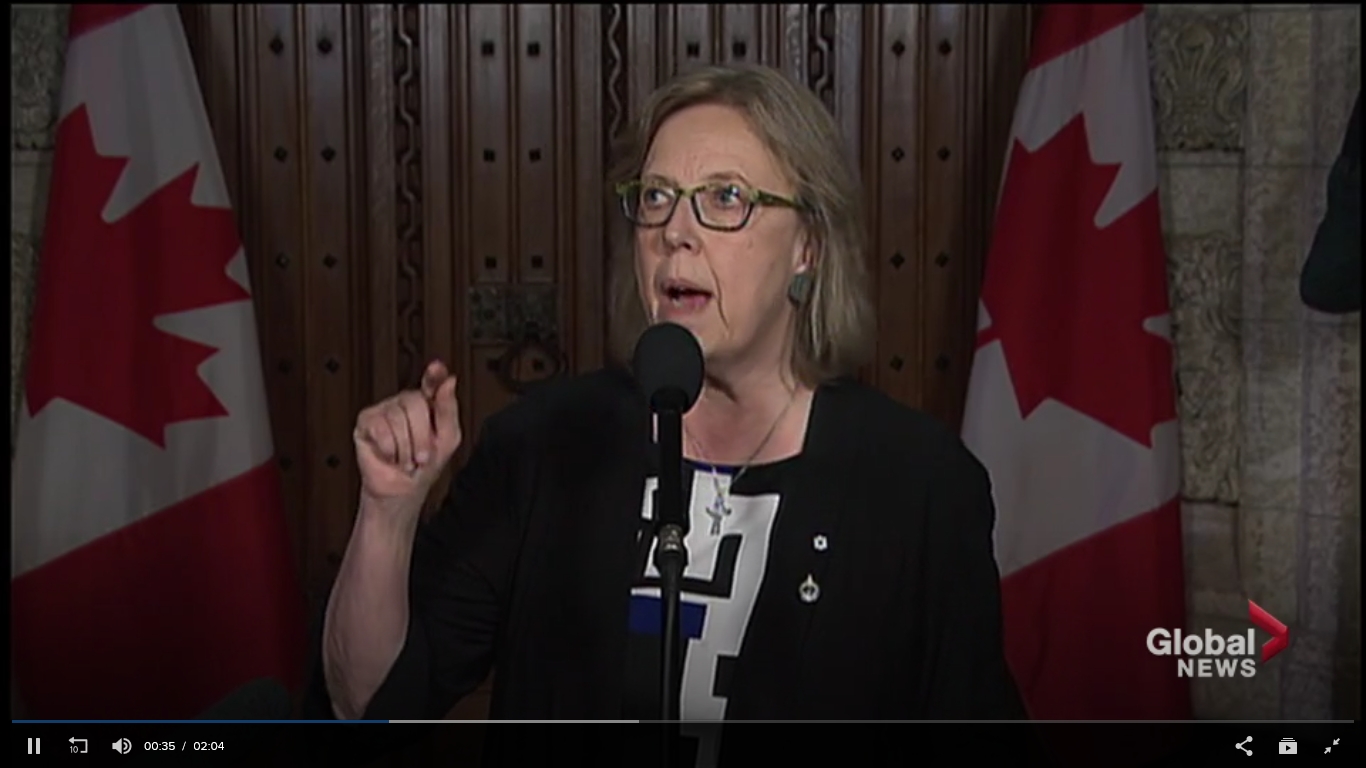 "It's very hard to understand something if your job depends on you not understanding it." It's a quote I have often attributed to Al Gore but it actually is an adaptation of a quote by Upton Sinclair who said: “It is difficult to get a man to understand something, when his salary depends on his not understanding it.” Sinclair wrote an account of a 1934 election where an "End Poverty In California" campaign turned that state upside down and almost won him the governor's mansion. He lost the general to a vicious media campaign but his quote lives on and remains true, almost a century later.

A recently uncovered report by a major oil company titled “The Greenhouse Effect,” states that the effects of climate change would be notable by the late 20th Century and early 21st Century. It cautions that by then it may be too late to reverse its effects. “With fossil fuel combustion being a major source of CO2 in the atmosphere, a forward looking approach by the energy industry is clearly desirable. By the time the global warming becomes detectable, it could be too late to take effective countermeasures to reduce the effects or even to stabilize the situation,” the report states. The Oil Company? Royal Dutch Shell. The date of the report? 1988. 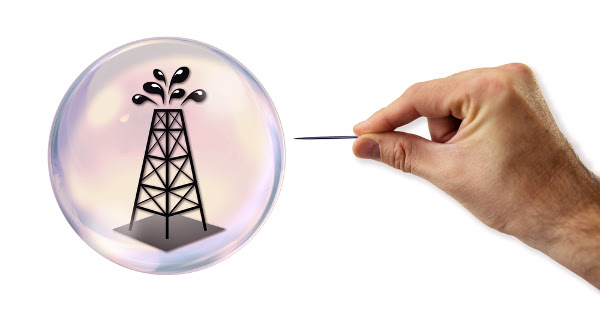 Over the last few weeks I've been writing about the doublespeak, the misinformation, and the dogged determination by the oil industry to keep the carbon bubble inflated long enough to exit stage left, before the market pops it. The continuous ramping up of misinformation is an unmistakable signal of panic. When frightened, people tend to lash out. Corporations or those who control them, are no different. And neither are those who find themselves beholden to corporate interests for their position of power.

Yesterday, Robert Rapier reported on oilprice.com that Saudi Arabia's $200 billion solar project would produce 200 gigawatts of solar photo-voltaic power, making that country not only the home of the world's largest oilfield but also the world's largest solar project. As you might remember from a previous issue, the International Solar Alliance (ISA), a non-profit treaty-based group of 121 countries promoting the use of solar energy, "aims to create 1,000 gigawatts (GW, or 1,000 MW) of solar power capacity by 2030, and mobilize $1 trillion for this." 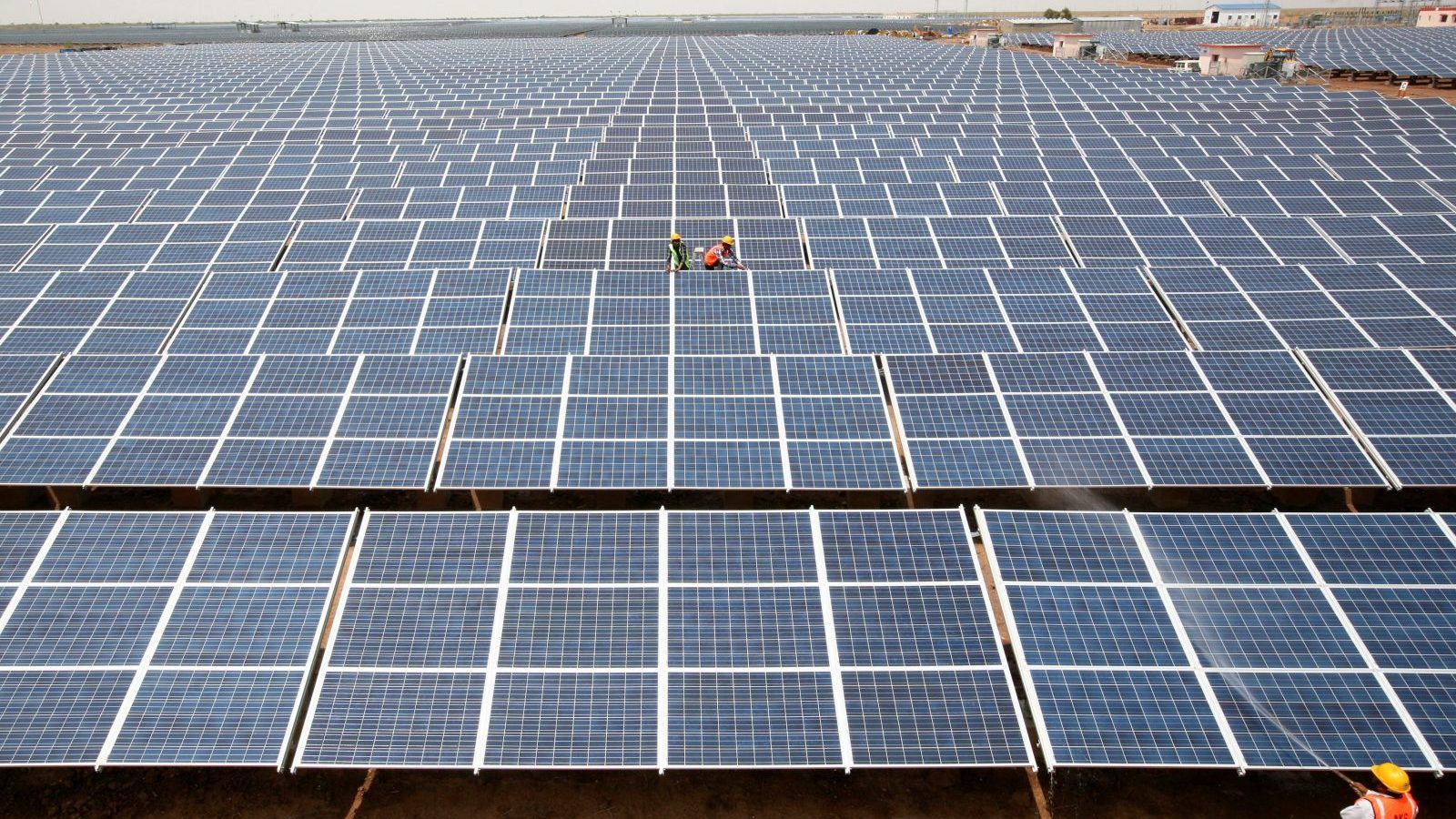 "Last year, the world installed a record 98 gigawatts of new solar capacity," reports UN News. That's far more than the net additions of the rest – other renewables, fossil fuel and nuclear, according to the Global Trends in Renewable Energy Investment 2018 report, released Thursday by the UN Environment Programme (UNEP) and its partners. Solar power also attracted far more investment than any other technology, at $160.8 billion, up 18 per cent.

Last year was also the eighth in a row in which global investment in renewables exceeded $200 billion – and since 2004, the world has invested $2.9 trillion in these green energy sources. "[For Saudi Arabia] a fundamental cornerstone of these projects will be local content. Local content is key — it is being stipulated in tenders.” In an exclusive interview with Arab News, Turki Mohammed Al-Shehri explains how an expanding renewables industry will boost employment as well as pave the way for a greener future. The latest bids for Saudi solar projects are around 2.5 US cents per kWh, which is about a quarter of the cost of oil.

The shift is under way. But instead of building bridges to that future our Prime Minister is kowtowing to the oil industry. Boasting in Fort McMurry that he can get done what Stephen Harper failed to do he is reinforcing the falsehoods that much of the press so happily disseminates. In the research for this weeks edition I found countless examples, including a piece in the Edmonton Sun which states as fact that "the Kinder-Morgan pipeline to Vancouver has been shipping 300,000 barrels per day of dilbit from Alberta to the coast for 65 years. What’s not refined for the Vancouver market is passed on to refineries in nearby Washington state."

As I detailed two weeks ago, based on NEB data, currently the pipeline is shipping just 50,000 barrels a day of dilbit for export, none of it is refined in Vancouver, and the 150,000 barrels/day that is exported to the US through this pipeline is not dilbit but light crude. Also in a response to an Information Request from Dorothy Doherty in 2014, the NEB reported that it has been shipping dilbit through the pipeline for some 30 years not 65. I'm not a professional journalist, nor a well-funded news organization like Sun newspapers and I can find the NEB sites that set the record straight. So why is the public fed this misinformation? And why do (most of) our political leaders reinforce these untruths? We can only speculate.

As I write this I find myself in New Brunswick, where I was fortunate enough to attend the first canvassing workshop of David Coon's campaign team. What an amazing, dedicated and smart group of people, all the more impressive because it's not easy being Green in New Brunswick. Many of you might have heard of Irving Oil during the Energy East debate where it was claimed that this refinery, the largest in Canada, was able to process dilbit from Alberta to displace the light sweet crude we import from overseas. Well there is much more to the Irving empire than a refinery. 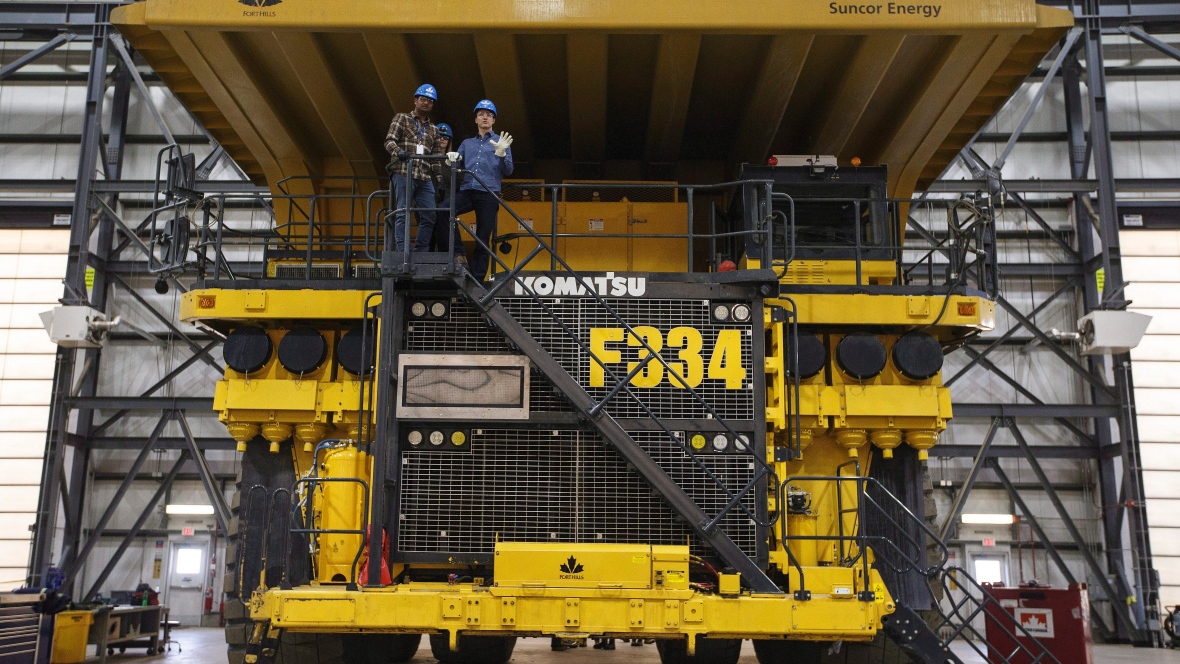 It's what Bernie Sanders called the Oligarchy. Instead of building bridges to the future like China, India and even Saudi Arabia are doing, our Prime Minister is embarrassing us by competing with Stephen Harper for their favours. When he first spoke to town halls in Alberta Trudeau let it slip once that the oil sands need to be phased out. So we know that he knows the truth. And if he knows the truth then perhaps he also knows that when the carbon bubble bursts, the oil sands will be the very first casualty.

As Geoff Dembicki wrote in Vice last summer, the collapse of the industry could also create a new ecological crisis. Decades of oil sands mining have left 220 square kilometers of toxic tailings ponds in the Alberta Boreal forest, an area nearly double the size of Vancouver. Companies are required to pay into a reclamation fund that covers the cost of repairing the wilderness. But in reality those payments only cover a tiny fraction of a cleanup. He quotes former CIBC economist and a best-selling author Jeff Rubin who is now at a think tank called the Centre for International Governance Innovation. "It's the Alberta taxpayers who will pick up the bill," Rubin said. "And that will probably be the biggest clean-up bill in the history of Canadian mining."

Alberta will be doubly screwed, because with oil no longer flowing it will lose a gigantic source of provincial revenue. There could be mass layoffs, home defaults and bankruptcies. It will mean a new era of austerity. "It's not great," Rubin said. "The sooner they come up with Plan B the better."

And therein lies the travesty. Not only is this carefully orchestrated campaign of misinformation derailing any chance that Canada will transition from being the problem to being part of the climate solution, but it will leave an unspeakable carbon debt for future generations. Is that all we can expect from democratically elected politicians? Watching David Coon interact with his community today renewed my hope that we can do much, much better.

PS: Don't forget that the GPC by-annual convention will be held in Vancouver this year and that if you are a member, now is the time to submit your resolutions for prioritization by the membership.