Leadership is about courage 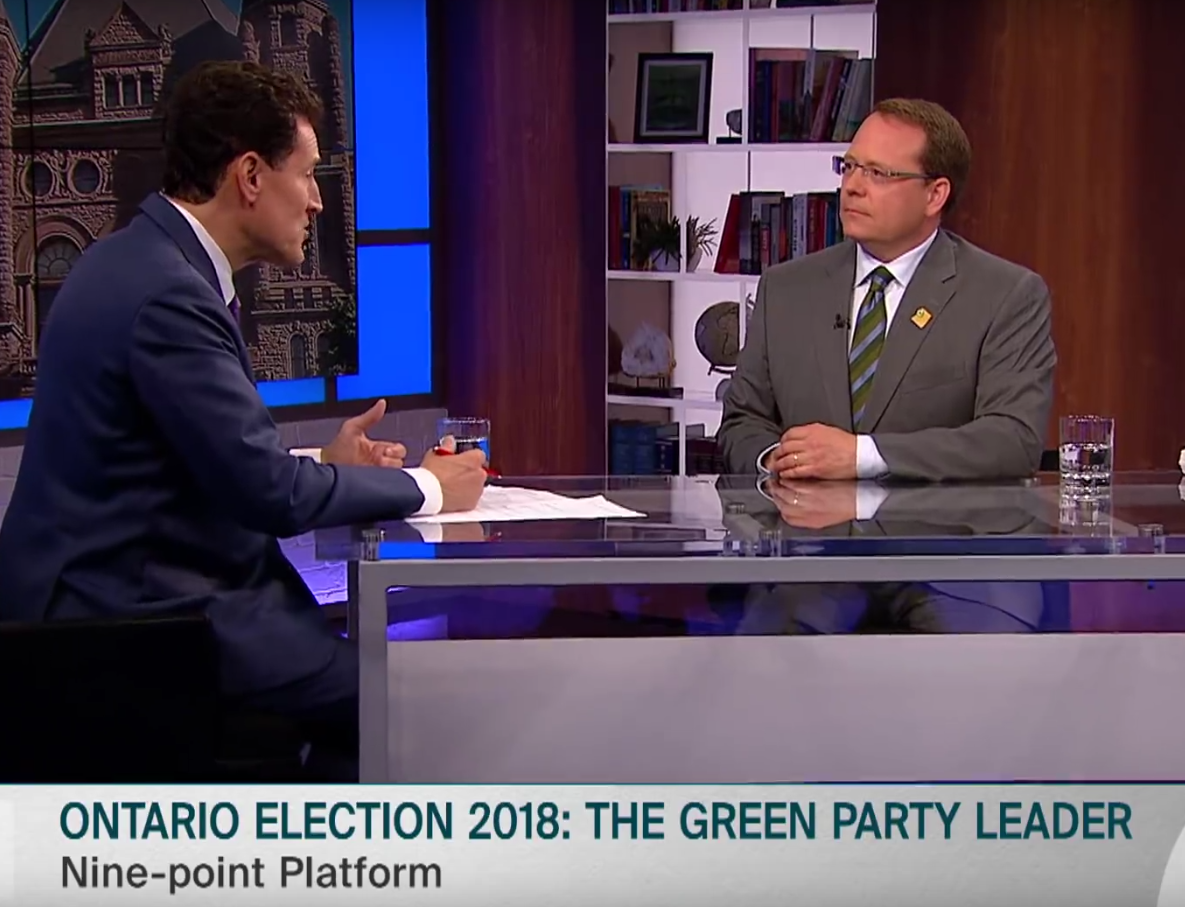 On Friday I received a text. While carpooling to the the BC Green's convention someone asked: "What does it mean to be Green?" As I assembled the video links and articles for today's blog, the answer popped out at me. Being Green is about having the courage to believe in people. To believe that people, working together, listening to each other, holding each other to account, being honest with each other, can forge a beautiful future together.

We don't believe that we have all the answers. What we do believe is that to find good answers we have to ask the right questions first. And we have to ask them of the right people. Not just the insiders or the lobbyists. Not just the pundits and strategists. But people outside our bubble, the silent voices of future generations, and those who can not speak for themselves. Being Green is to have the courage to understand more than our own self interest and to reach beyond our own comfort zone and embrace a beautiful future for everyone.

We are less than a week away from the Ontario election this Thursday. Mike Schreiner is poised to make history by being the first Green to be elected to the Ontario Legislature. And you can help. If you feel that the voice of reason, the voice of the future, needs to be represented in our most populous province, you can simply email [email protected] and offer to volunteer. In short order, with a little training, you will be set up to make phone calls for Mike right from your home computer.

Mike is recognized to be among the hardest working and best liked politicians in Ontario. But it goes so much deeper than that. Mike embraces small business and the transition to a clean tech economy. He is fiscally conservative because he knows that the funding of our social programs must be sustainable and we can't afford to burden future generations with dept. He champions the 9 point plan of the Green Party of Ontario which earns the respect of political analysts. (Here is an audio recording of a local Guelph debate) 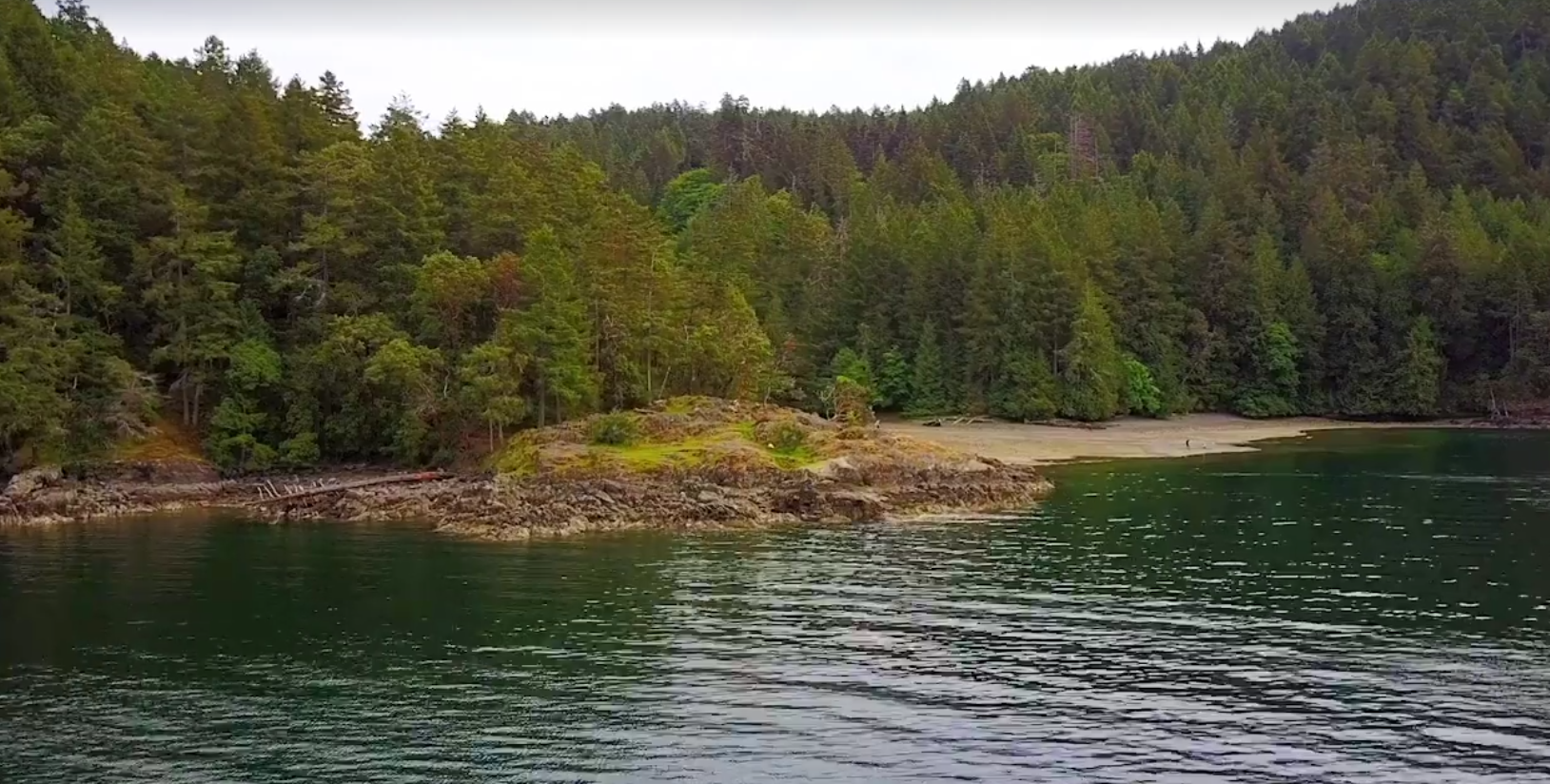 "Already more than 274,000 Canadians work in clean energy. That's more people than work in the oil sands. That's where the jobs are. We want Ontario to be the global leader in the clean economy. Leadership for me is about courage. The courage to look people in the eye and say we need [things like] mass transit but also the courage to be honest about how we are going to pay for it."

Mike assembles solutions from across the political spectrum into a new, dynamic and comprehensive approach to the challenges Ontario faces. "Here's the bottom line. The lack of transit, [and resulting] gridlock is costing our economy $11.5 billion dollars a year in lost productivity. It's costing us an additional $650 million a year in higher prices for goods because of delay in transporting those goods through the greater Toronto area... The Green Party has the courage to tell you how we will tackle this problem and be honest with you on how we will pay for it."

Steve Paikin of TVO then goes on to ask Mike about a fabulous story I heard him tell when I participated in a Meet and Greet with Mike in Guelph a few weeks ago. It's quintessentially Mike Schreiner, a story which demonstrates that the trust we place in people is well deserved. That there is another way of doing politics.

As it unfolds, this Ontario election is turning into a perfect case study of what is broken with our antiquated First Past The Post (FPTP) electoral system. Although Andrea Horwath now has momentum and could pull off a majority government, the PC vote is more strategically positioned to win seats. The last numbers I saw gave Horwath a lead in the popular vote but handed Ford not only a win but a majority of seats. If that were to happen, then as little as 17% of Ontario voters would elect the Government of Ontario and set the trajectory for that province and perhaps the country.
The pundits are now calling it a race too close to call with the likely outcome being a minority government. In a desperate attempt to hold on to a few Liberal seats, Kathleen Wynne is now calling on Ontario voters to prevent either the NDP or the Conservatives from gaining a false majority. Ontario is mired in strategic voting and few have the option or the courage to vote for what they believe in. Thankfully the folks in Guelph have that courage. Mike is currently leading in the polls and just needs that extra push this week to make it over the top. 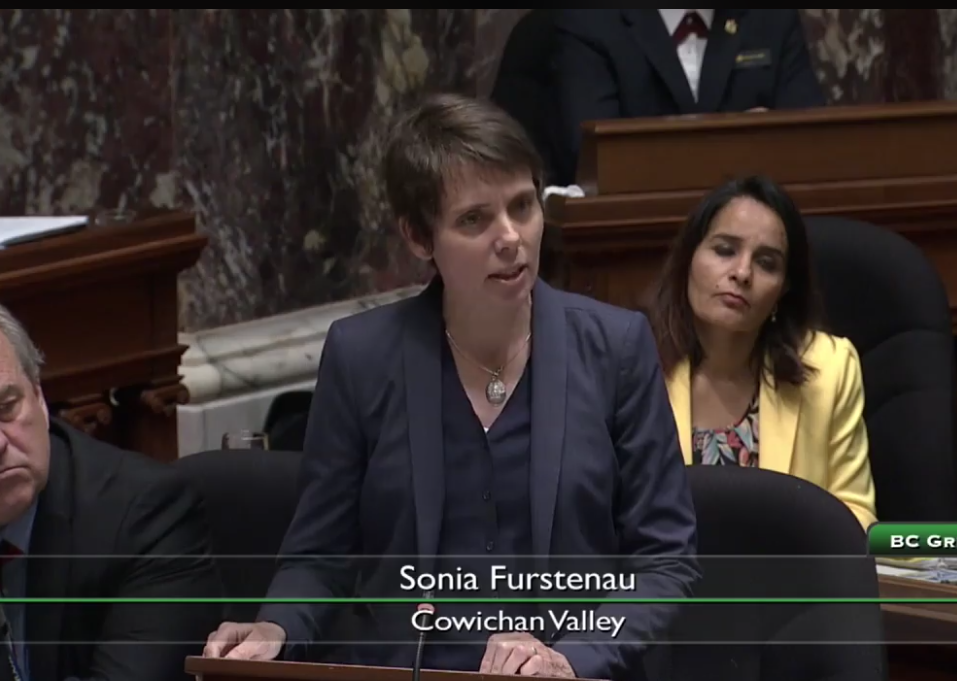 Here in BC we are being given a chance to fix all that. Last week the referendum question was announced. It will be in two parts. First the question do we keep FPTP or replace it with a form of Proportional Representation. Then we will be given the chance to indicate which version of PR we prefer. Sonia Furstenau said this in the legislature: "The Attorney General and his staff should be commended for the work they have done. They have taken an immense volume of feedback, ideas and thoughts from British Columbians about what they wanted their referendum to look like and they have struck a balance in their recommendations."
"If politics is a numbers game about winning a few swing ridings in order to have all the power, we loose sight of our higher purpose here; we forget that we owe future generations a debt. Minority governments force us to do what the rest of the world must do as a matter of course. They force us to find agreement, overcome conflict, to work from a place of common values, to listen."
Indeed; to listen. Elected by 39% of the vote cast by 68.5% of eligible voters our current, false majority, federal government has decided to spend $4.5 billion of our tax dollars to buy an aging pipeline that nobody wants. As you can see in this video we released on Monday, Justin Trudeau insists it's because doing so is in our national interest. But Elizabeth sets the record straight, so please share. And as David Hughes writes in McLeans, the numbers just don't add up.

When asked about the cost to build the expansion during his press conference, Mr. Morneau was cagey. He refused to explain that $4.5 billion simply buys Ottawa the rights to what exists today — a 65 year old pipeline serving B.C. and Washington State, storage facilities and a one-berth marine terminal that sends modest volumes of diluted bitumen to California markets. (This crude carrier left Burnaby on June 1st.)

As Robyn Allan predicted last week, Kinder Morgan is laughing all the way to the bank. This Reuters piece details how Kinder Morgan won a multi billion-dollar bailout, and how it "marked an extraordinary escape." 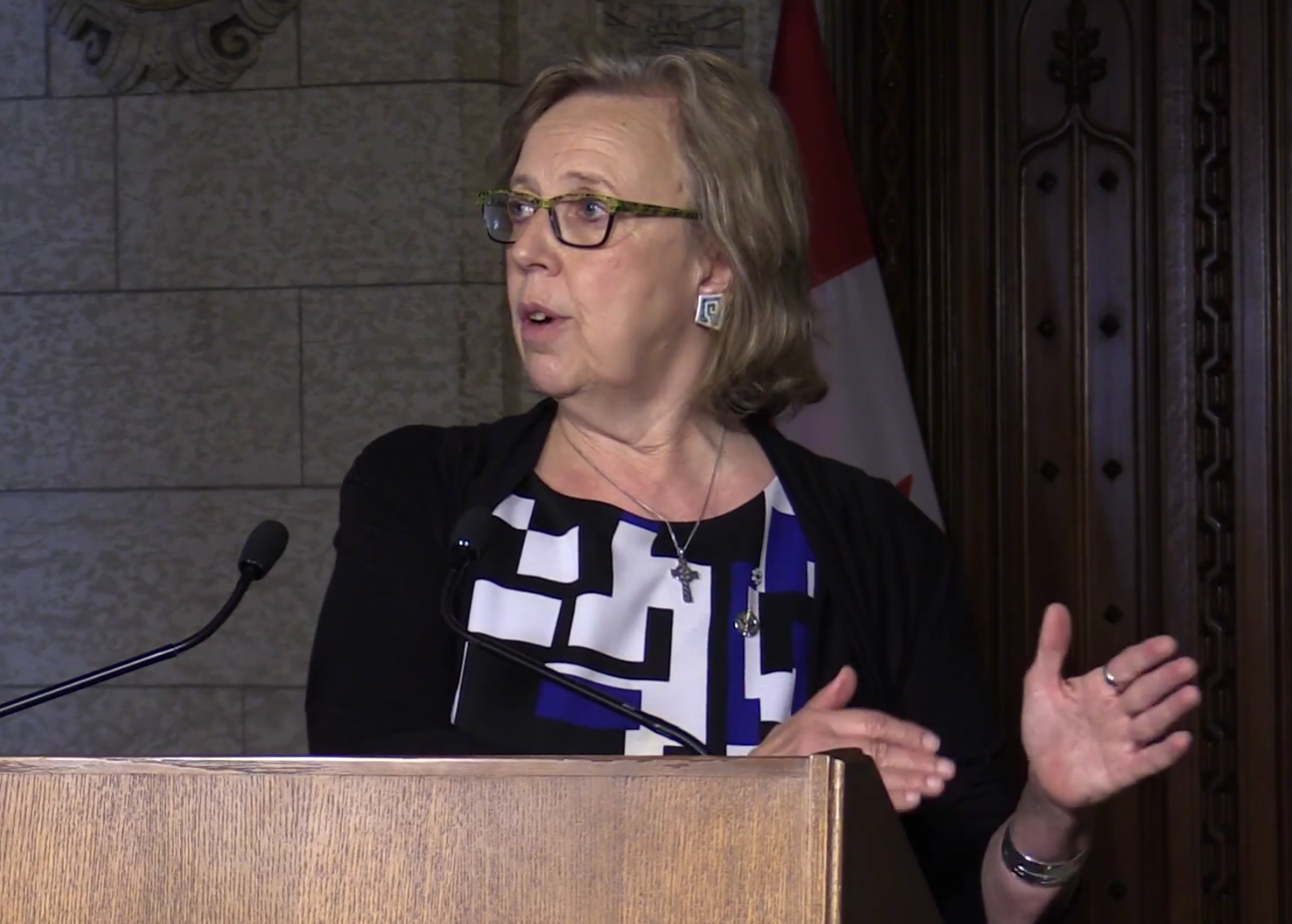 "Even before the bailout, the company had little to lose according to a Reuters review of the project’s bank financing and oil-shipping contracts with producers reserving space on the proposed line. The documents show Kinder Morgan cut creative deals with lenders and oil producers to shield itself from massive write-downs... The arrangements, which have not been previously reported, gave Kinder Morgan unique leverage in threatening last month to walk away from the project by May 31. The company’s cautious financial planning and hard-ball politicking combined to create a no-lose bet on what might have been one of the oil industry’s riskiest plays."

Perhaps one of the reasons Trudeau was so keen to get taken by Kinder Morgan was of a Chinese "promise" of a free trade deal if only we give them a pipeline and allow them to buy up our oil industry. Another could have been threats under the Chapter 11 provisions of NAFTA, which would allow Kinder Morgan to sue Canada for lost profit potential. Whatever made them do it, Elizabeth called the Liberal government's Kinder Morgan deal 'Completely Insane'. "This situation has created a public policy solution that's worse than the problem that they faced in the beginning."

If you would like a concise review of the chronology that got us here, Elizabeth wrote a piece in the Guardian last week that offers just that. "There is nothing logical about the Kinder Morgan pipeline – especially not the decision to gut environmental laws for it." And just a few days ago Elizabeth sponsored an E-petition to stop this reckless use of government funds. Please sign it and share it with friends. 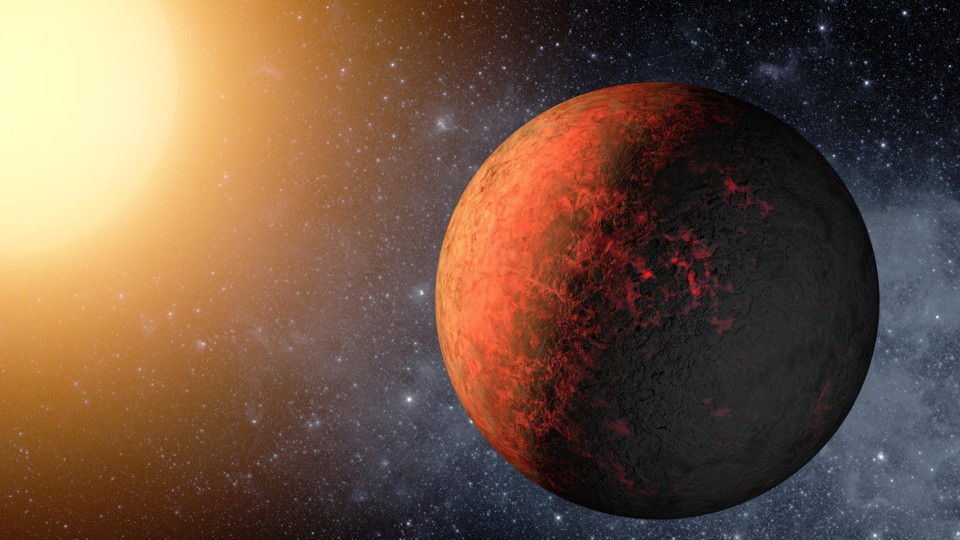 Adam Frank, writing for The Atlantic, explored last week how aliens solve climate change. He takes us to this conclusion: "Our dawning realization that we are profoundly shaping Earth’s future provides us with the impetus to stop acting like cosmic teenagers with power but little wisdom. From that perspective the true narrative of climate change isn’t some small, local drama of Democrats vs. Republications or business interests vs. environmentalists. Instead, it’s a cosmic test, one that gives us a chance to join those who successfully crossed this burning frontier—or the chance to be consigned to the scrap heap of civilizations too shortsighted to take care of their own planet."

But it's not the idle hope of of a bystander. For Greens, hope is a verb with its sleeves rolled up. And at 6:45am Pacific this morning, Elizabeth had her sleeves rolled up as she addressed the Federation of Canadian Municipalities in Halifax. You should be able to find a recording of her live stream here.

Have a wonderful week,