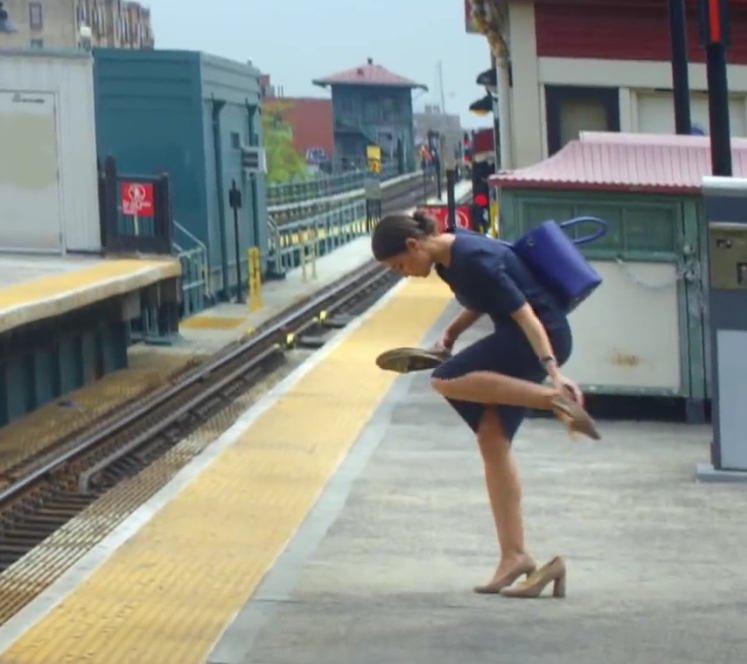 We live in an amazing country. Statistically we enjoy some of the highest standards of living in the world. We are wealthy. And yet, we struggle to offer basic support services to vast segments of our population. Most Canadians are too busy trying to make ends meet (or have lost faith in the political process entirely) to engage and solve these challenges, let alone address climate change. Throughout society, but especially among young people, there is a strong sense of cynicism that the game is rigged.

This week saw a stunning upset south of the border that is cause for hope. CNN Reports that Alexandria Ocasio-Cortez "worked as a community organizer and, eventually, with economic stresses rooted in the recession and the loss of her father taking hold, began low-wage, long-hour work at restaurants to help support her family. During the 2016 presidential season, she worked as an organizer for Sen. Bernie Sanders, who ran in the Democratic primary. In 2017, Ocasio-Cortez launched her campaign to unseat Crowley, the powerful Democrat who chairs the party in Queens County."

Her bio video went viral on YouTube and Facebook receiving almost 1 million views. It makes clear who she is and why she ran. "There is nothing radical about moral clarity in 2018." That clarity, combined with a people-centered ground game and an effective social media and video campaign, swept her to victory even though the established incumbent outspent her ten to one. "This race is about people versus money. We've got people, they've got money." 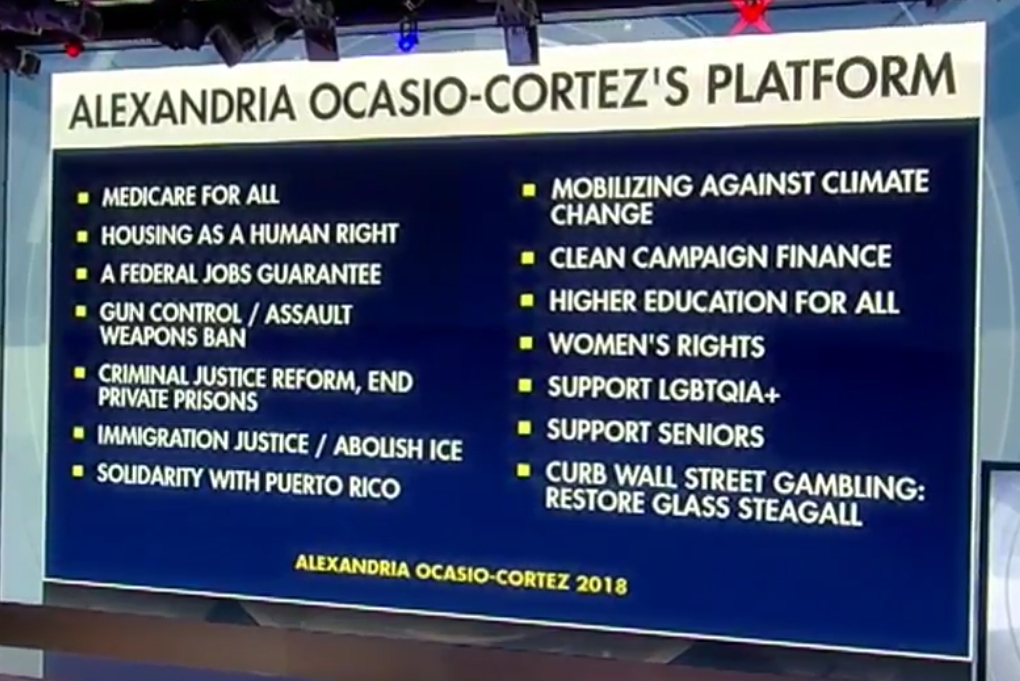 She delivered a message that is familiar to us who spend our time inside the Green bubble: Eliminate the financial and human cost of poverty through a guaranteed livable income. Provide access to lifelong free education for everyone. Make sure that no one has to choose between food and prescription drugs. Make sure we don't spend money on rotten pipelines before we provide safe drinking water to all our peoples.

How many Canadians are working two jobs and barely making it to the end of the month? How many are afraid that when they graduate their career prospects are severely limited. How many live in fear of economic downturns or layoffs? How many can't afford to buy a home where there is work or find work where they live?

Developed during the great depression of the 1930s, Keynesian economics have been widely credited with driving the post war economic expansion and growing the middle class during the 1950s, 60s and 70s. As George Monbiot points out, it was the universally accepted story of the day, adopted to varying degrees by all political parties. Then in the 1980s, Reagan and Thatcher changed that story and with it reset the economic framework of the western world to a place where equity markets reigned supreme. Since then political parties across the spectrum have functioned within the framework of the neo-liberal story, that humans are inherently competitive and selfish, as if it were somehow intrinsic to human existence.

The thing is, that we owe the success of our civilization to the evolution of cooperation. In this article written a couple of years ago in The Scientist, R. Ford Denison and Katherine Muller ask the question, "When are individuals most successful living on their own, and when can they benefit from working with others?

"It’s not always an easy question to answer. For parasites living in or on other organisms, for example, maximizing reproduction is a tricky proposition. Using more host resources lets parasites produce more offspring, but over-exploitation shortens host life span, reducing the amount of time the parasites have to reproduce. So it may make sense for parasites to avoid harming their hosts, and parasites that increase host life span may fare even better."

Humans, not being able to synthesize our energy directly from the sun, are very much dependent on our host, the biosphere, for our survival. But cooperation, while ultimately the only way for us to thrive as a species, is hard to justify when we live in constant fear of personal calamity or imminent danger. And when that cooperation takes the form of offering gifts to generations not yet born it's considerably harder. Especially if it means even a perceived reduction in our personal and immediate well being. 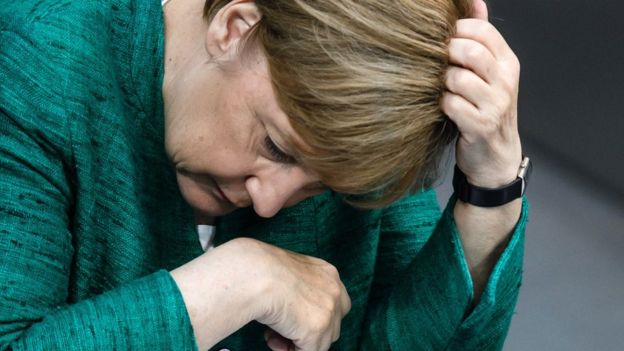 Nevertheless few of us would find satisfaction in being the only person on the block with enough food to eat or a warm place to sleep. So we tend to surround ourselves with people just like us, gravitate to insular ghettos of homogeneous economic status, and only traverse other strata, secure in our comfortable automobiles, if at all.

Some of our challenges are unique to Canada. But most are akin to the challenges faced in other parts of the world. Challenges that have been exacerbated by the failed policies that were introduced to us in the 1980s. These policies have created an increasingly competitive and insular world driving income disparity and economic insecurity to higher and higher levels.

Last Thursday, while attending the SGI Sustainable Living Series event on Food Security, I met a young couple visiting from Germany. I asked them to explain to me how they see the political struggles of their country. They told me it's frightening. As the populist alt-right grows in Europe, no doubt emboldened by the Trump presidency, echoes of an all too painful past are sweeping their country. What concerned them most is that there seems not to be an equally compelling message of inclusiveness to balance the insular rhetoric of the far right. 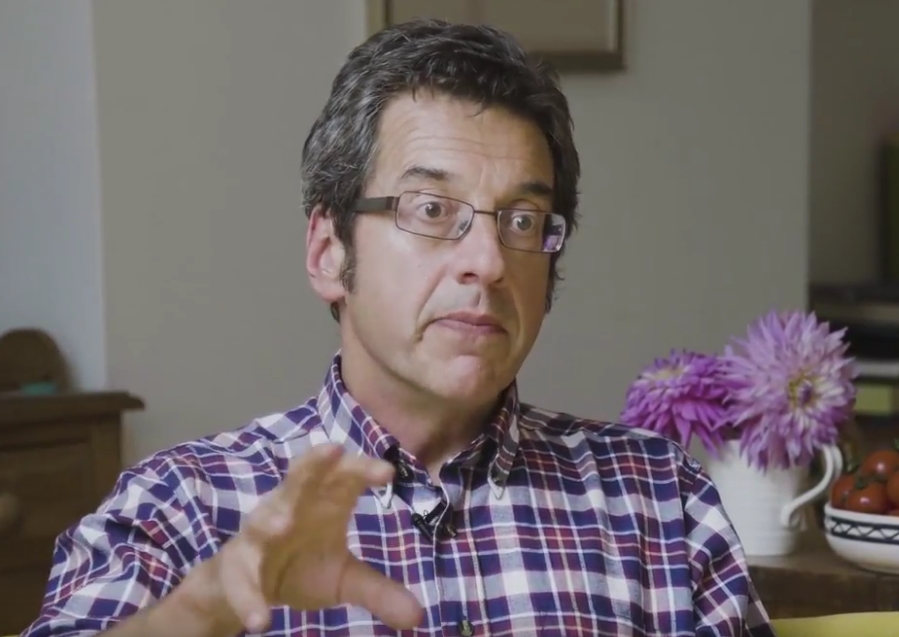 George Monbiot argues that neither the social democratic nor the neo-liberal stories are going to work anymore. He encourages us to develop a new story that embraces sustainable economics and that he calls 'The Politics of Belonging'. "Despite everything we have been told, human beings are uniquely altruistic and empathetic. We are quite extraordinary in that respect. We are also highly social, our natural inclination is to cooperate and work together. We have gone through an evolutionary process which has created that tendency in us."

George Monbiot, like Elizabeth May, believes that the environmental question should be central to everything we now do. "According to May, the year ahead will be a good one for the Greens," Rachel Gilmore writes in iPolitics. "She said there’s a real appetite for action on climate issues: 'What we’re trying to avoid are levels of extreme weather events that overtake our ability to cope and lead to failed states, collapsing civilization, intolerable conditions for our economy, for our children, just unlivable world conditions.' 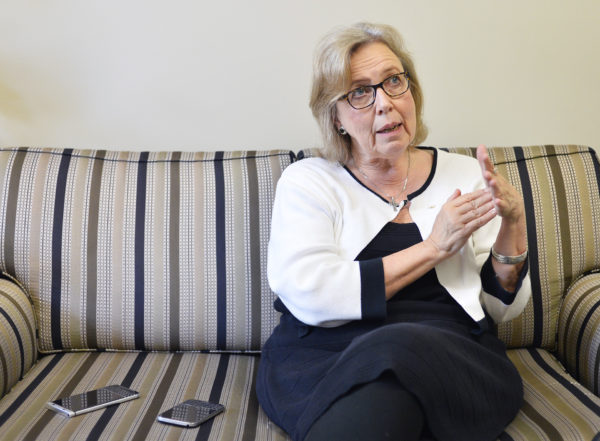 "As for Ford’s ability to disrupt her plans to save the environment, May said she isn’t worried. '[Ford is] Trivial. I feel the same way about Trump. Trivial,' she said. 'The Greens are needed more than ever because someone needs to tell the truth about what’s going on.'" And not just about the environment.

The truth is that Canada is an amazing country and Canadians are amazing people. Together, in our cultural diversity and our love for the natural world we inhabit, we are capable of writing a new story. A story that puts honour and respect, for our traditions and future generations, for our communities and the ecosystems on which they depend, at the centre of every narrative. Perhaps today is a day to not only celebrate who we are but to celebrate the story of who we hope to be.