Elizabeth arrived at the Saanich Fair yesterday and dropped it on the table in front of us with a thump: "Here it is!" The printout of the ruling, already dog-eared and a little crumpled from reading it in its entirety while squeezed into her economy seat on the plane back from New Brunswick, was over an inch thick. Elizabeth had a hard time containing her joy. The thrill of campaigning with David Coon and his fabulous Green Team as they enter the home stretch of their provincial campaign, combined with the court ruling that Elizabeth had long predicted would tie Trudeau's Liberals into a political pretzel, made her positively jubilant.

On Thursday morning, Elizabeth along with Andrew Weaver, Adam Olsen and all those who had called out the NEB for the sham that it called an Environmental Review Process, were vindicated. The Federal Court of Appeal ruled in favour of First Nations, the cities of Vancouver and Burnaby, Raincoast Conservation Foundation and Living Oceans society. "In its decision, the court found the National Energy Board's assessment of the project was so flawed that it should not have been relied on by the federal cabinet when it gave final approval to proceed in November 2016," reports the CBC. 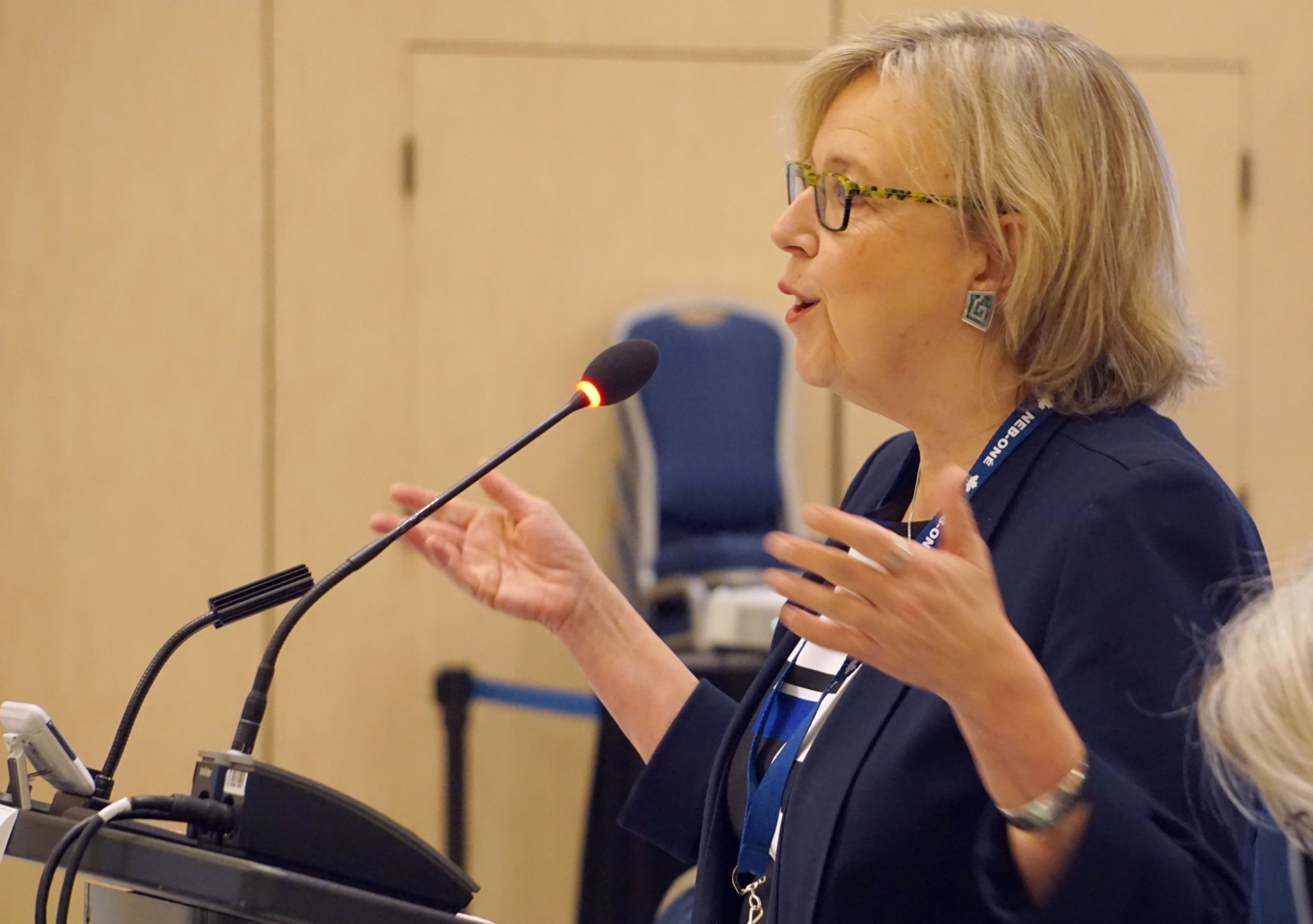 Before they dressed it up as the best environmental process in the history of Canada, Justin Trudeau the candidate was right when he said that the National Energy Board process was so flawed, you can't make a decision based on that process. And Elizabeth points out in this CFAX interview, that he was also right when the Federal Court of Appeal ruled that Indigenous rights were violated when permits were granted under Harper's Conservative government for the Northern Gateway Pipeline, to cancel that project.

Instead of standing on principle and precedent, Trudeau's Liberals in a flash of hypocrisy, not only tried to assure a belligerent Rachel Notley that they would still somehow proceed with the expansion but closed the $4.5 billion deal on the purchase of the old, leaky pipeline to the jubilation of Kinder Morgan shareholders. "From a political perspective," writes Chantal Hébert in the Star, "keeping alive the notion that the project will eventually see the light of day might seem like the more expedient solution. But while the government has a number of road maps at its disposal, none offer a shortcut to success." 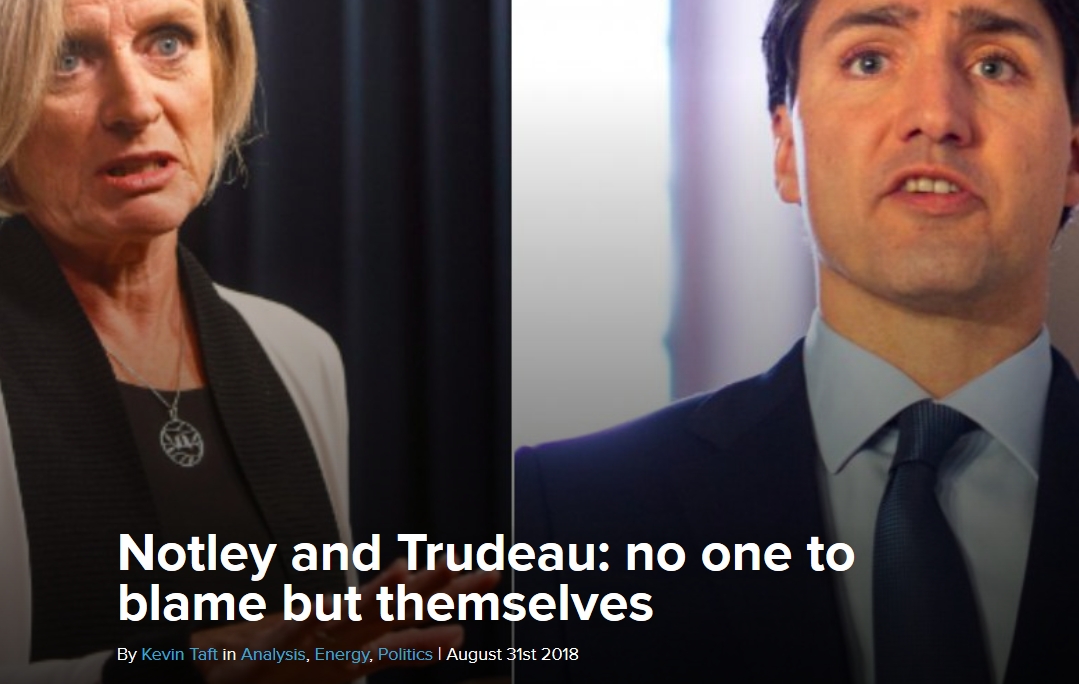 Kevin Taft writes in the National Observer: "With the permits quashed, construction on the pipeline is now suspended indefinitely, and the political repercussions are volcanic. The oil industry and its allies have maneuvered Canada’s political and regulatory system into a corner, and our political leaders have no one to blame but themselves. The Notley government did not have to stake its life on the success or failure of this pipeline. It has run a reasonably competent and scandal-free administration through a tough economic downturn that is now recovering. By putting the oil industry above all else their other successes are completely overshadowed.

"Similarly, no one forced the Trudeau government to buy Trans Mountain — they allowed themselves to be steered into that position by the oil industry and its allies.

"In Alberta, where politics are defined by and for the oil industry, the anger with the ruling was instantly set to rapid boil. Premier Rachel Notley reacted with an angry and at times distorted statement and immediately pulled Alberta out of the federal climate change plan. Her main rival in next spring’s Alberta election, Jason Kenney, is traveling the country with messages of discord and division, using the stalled pipeline to inflame resentment and grievance in both his Alberta and national bases. (Perhaps he has more ambitions than he is admitting.) Notley and Kenney are each engaged in self-serving political theater that changes none of the facts but sets a dangerous tone for Canadian politics." 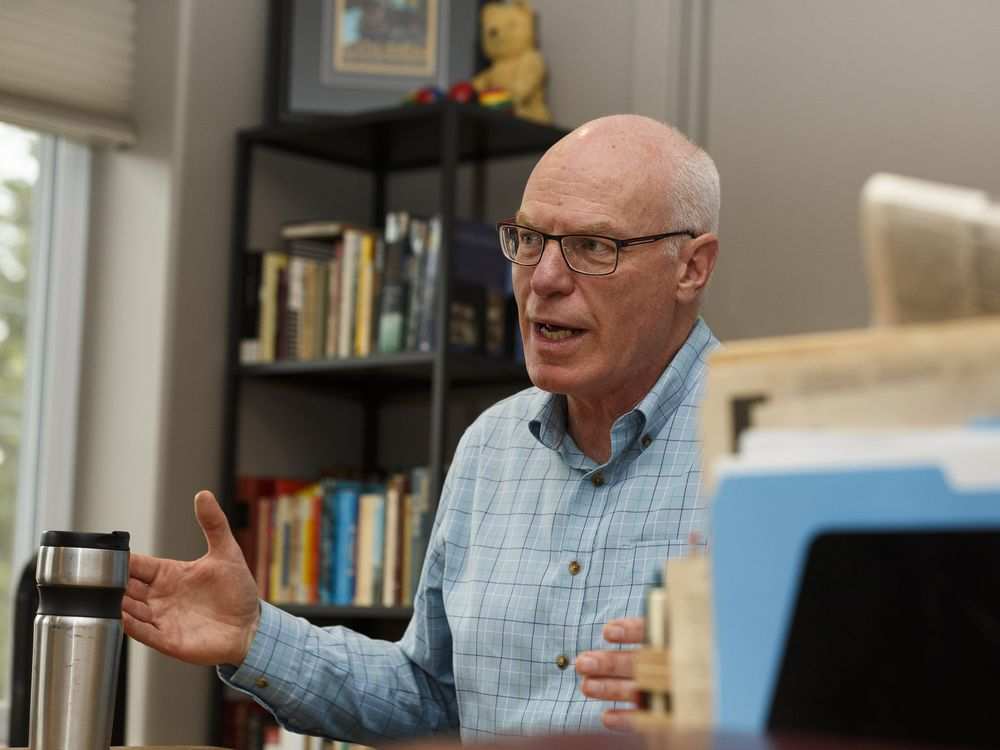 Don't forget, Kevin Taft will be touring BC next week; 5 cities, one question: "Who's really in charge?" As the new owners of a rusty old pipeline, we need to know the answer to that question.

On September 12th, Elizabeth will be introducing him in Victoria and lead a Q&A following his talk. Ronald Wright will do the same on Salt Spring, Claudia Casper in Vancouver, Damien Gillis in Courtenay, and Deanna Lewis in West Vancouver. For dates, times and other details please visit the website for this fabulous exposé tour.

When my love and I set sail to cruise the Salish Sea on our vacation, the smoke from wildfires still hung thick enough to block the sun. It was like a disturbing omen of summers to come. Within an hour we saw a pod of orca in the distance, gliding along the shore of Russel Park on Salt Spring. We swam in the cold salt water while at anchor on Wallace Island and watched mink scurry over the rocks on the edge of the bay. Now, with this court ruling, the orca of the Salish Sea are given a reprieve from assured extinction. But there is no guarantee that this will last. 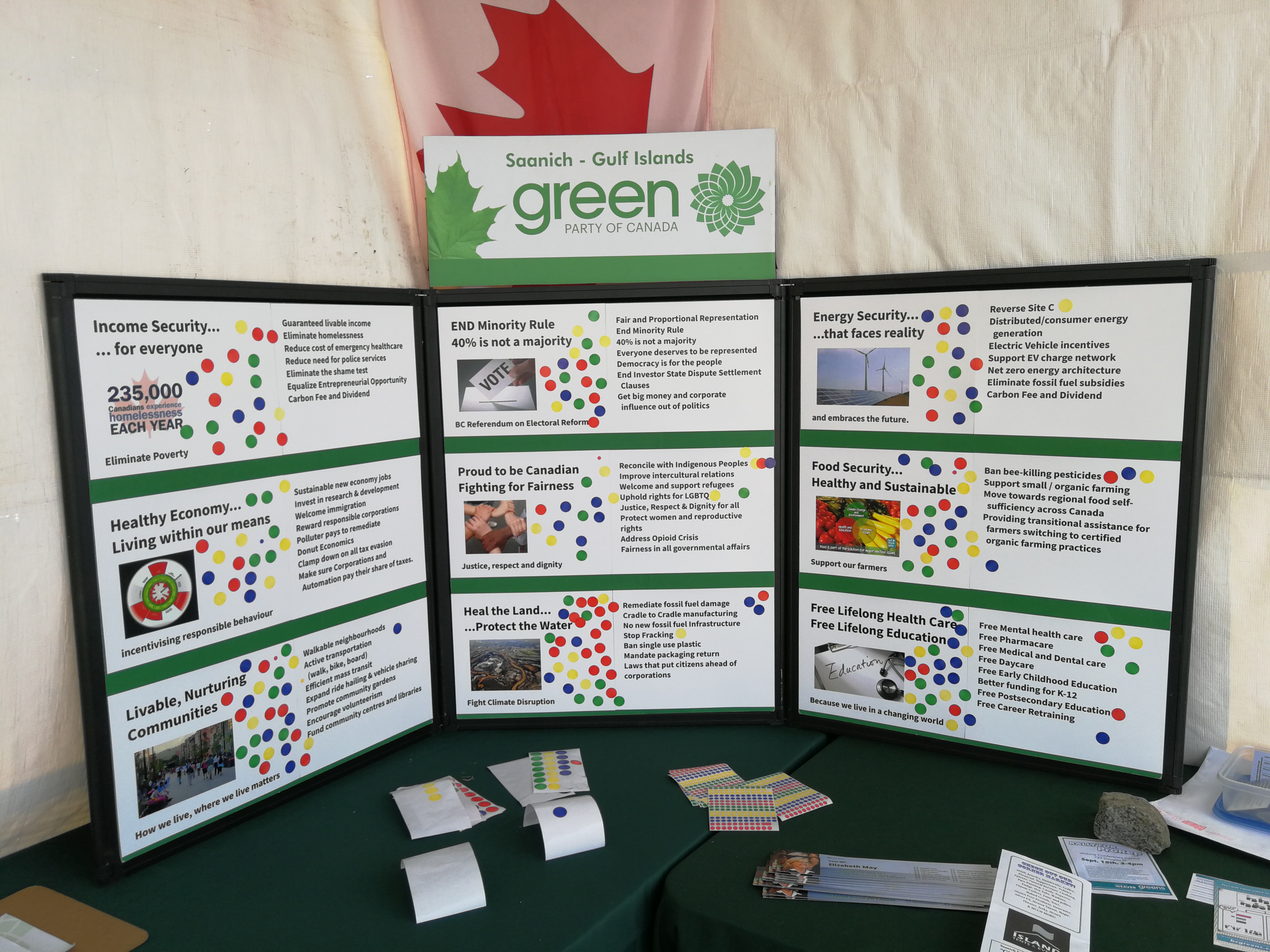 As Bloomberg News reports that Miami will be under water soon and may loose its supply of drinking water, a California report links emission reduction to economic growth. There are solutions to the climate crisis and we can live responsibly in a changing and dynamic world. But we need to start the conversation about finding solutions and embracing the future.

That's why you can find Elizabeth, and her team of volunteers, engaging with folks at our tent in the Saanich Fair. We have a sticker station which allows people to express their priorities regarding the issues that face us as a country. And we are reminding people to attend Elizabeth's September town halls starting this Tuesday. If you are at the Fair today or tomorrow, drop by and say Hi.