"I'd much rather embrace the future than try to live in the past." 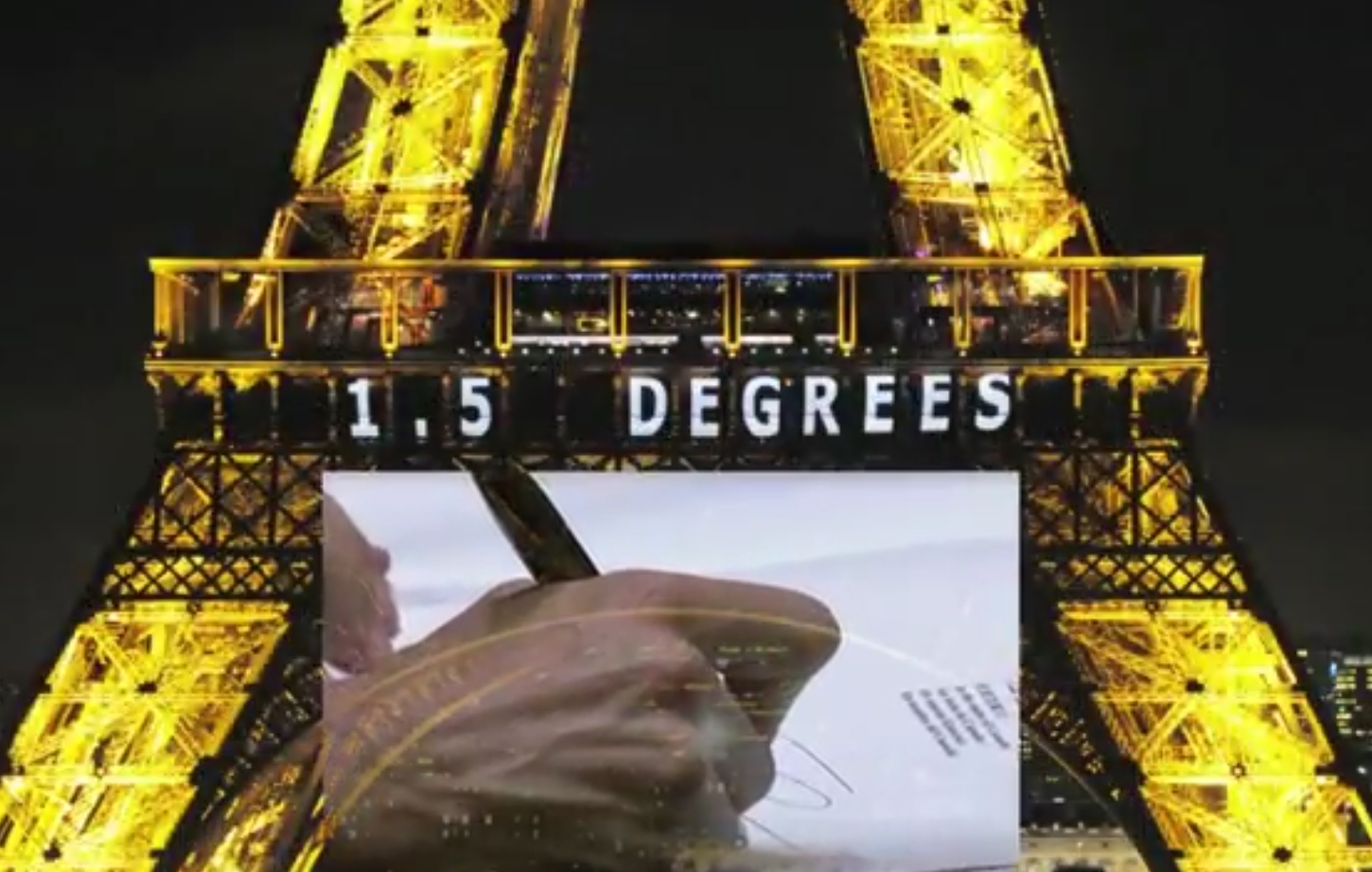 Since the Saanich Fair last weekend, much of my time has been absorbed by working with the Kevin Taft Tour Organizing Team to complete the last minute preparations for this amazing endeavor. Over twenty volunteers send and receive between 10 and 20 emails a day to sort out details ranging from effective promotional strategies, to what plugs are needed to connect laptops to digital projectors. The whole volunteer driven enterprise is probably the most effective volunteer group-think organizational effort I have ever had the opportunity to participate in and support.

At the time of this writing, ticket sales are going well and climbing within reach of our breakeven budget. This is good news, as many Green Party EDAs had committed funds to underwrite this tour and collectively cover any shortfall. Their governing boards all felt that the message Kevin Taft brings into the public discourse is critical if we are going to make any sense of the $4.5 billion dollar payout to a Texas corporation. I don't think it can be stressed often enough that this money directly leaves the country, does not circulate in our economy, does not generate any local jobs, and pays for a 65 year old pipeline that was built to last 50 years. Kinder Morgan paid $550 million for that pipeline a little over a decade ago. 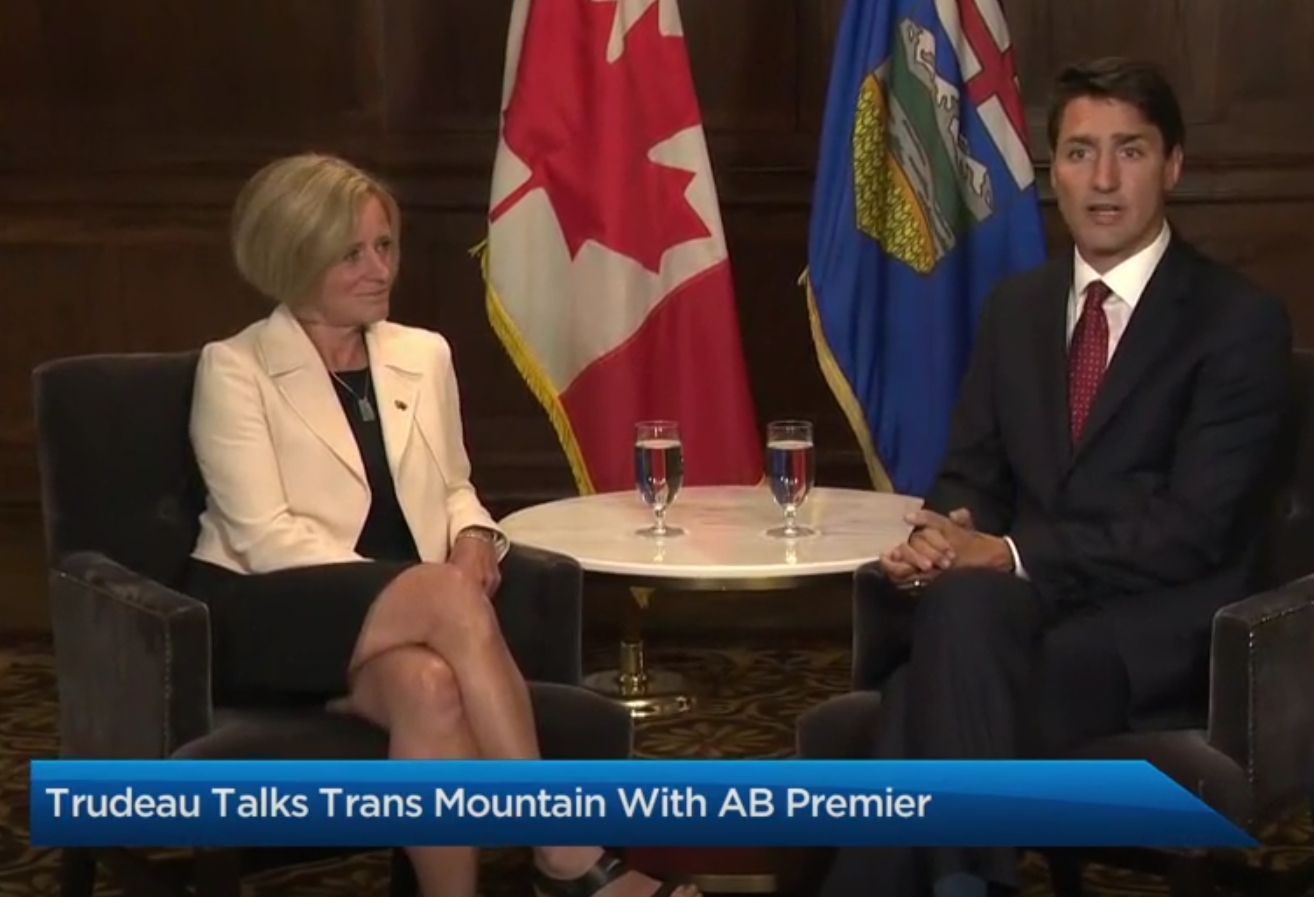 Last week, while the Alberta premier rejected the notion of complying with the court's ruling by redoing the environmental assessment, Justin Trudeau assured Rachel Notley that "this pipeline will be built." Trudeau stated that he is considering "legislative options" as an alternative to the court's recommendations. Presumably this is so his government can skirt the responsibility for comprehensive environmental assessments that include adhering to its own laws to protect the resident killer whales and living up to its promise to offer more than lip service to First Nations concerned about the pipeline.

Even in the face of the court's ruling, misleading talking points and blatant falsehoods continue to be trumpeted in interviews on mainstream media. We've covered it here many times and Andrew Nikiforuk writes about it again in the Tyee; there are no jobs lost by stopping this expansion. Instead of refining the bitumen in Alberta, as this project clearly demonstrates is viable, the pipeline plans to export Canadian jobs to some overseas economy. The NEB itself documented that the pipeline expansion would only generate some 90 permanent jobs. 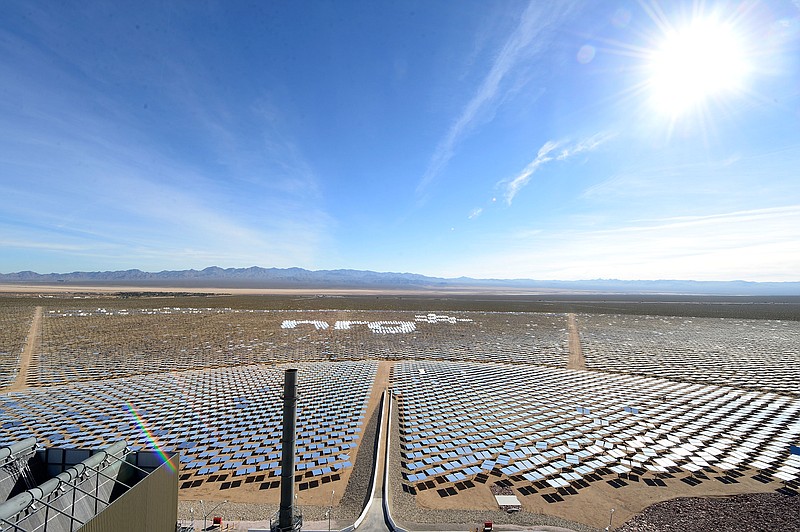 But here is the catch, the new pipeline if built at an ever increasing cost, quickly approaching $10 billion, would have a life expectancy of some 50 years. Fifty year infrastructure to ship the worlds dirtiest oil to international markets that will dry up within the next decade. Even cities in the most retrograde energy economy on the planet expect to be powered with 100% renewables by 2035. All around the globe sustainable energy targets are being reached ahead of schedule. Some in the US are driven by Community Choice Aggregation programs which are essentially local cooperatives who opt out of the monopoly often held by large scale utilities to generate and distribute sustainable energy locally.

Last week the world's largest offshore wind farm opened in British waters to provide electricity to 600,000 homes. It took more than 400 million worker hours to construct this farm. And Norway, a major oil producer in the past, is leading the way to power all its short haul flights with electricity by 2040. Cambridge University scientists have developed a way to achieve unassisted solar-driven water-splitting to produce hydrogen efficiently without the limitations to scalability that has plagued this technology in the past. And a graphene breakthrough is developing light weight supercapacitors that will soon offer an alternative to lithium batteries and continue to revolutionize energy production, storage and distribution. 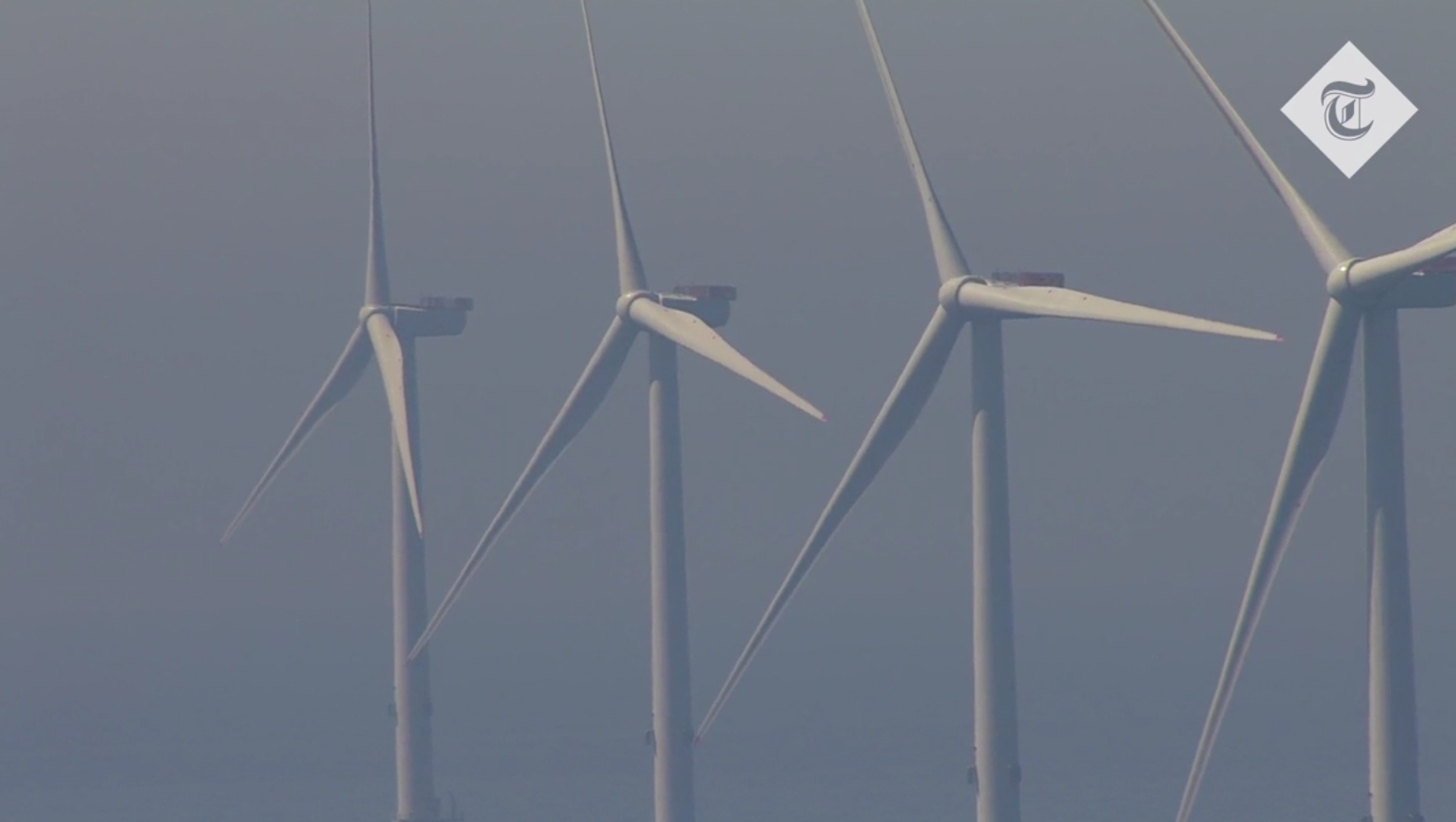 All this matters because our governments are desperately trying to convince us that it is in our national interest to build pipelines so we can export dirty old bitumen to countries that are manufacturing things like cheap, driverless electric trams that run on these supercapacitors which they plan to export to the world. Why is a Prime Minister, who promised the world in Paris that Canada "is back" and would be a climate leader, so hellbent on clinging to the past? This week, the Kevin Taft Tour will shed some light on that subject. Kevin shares his personal experience as former leader of the Alberta Official Opposition when he engages at the following events this week:

Kevin will be introduced by such notables as Deanna Lewis, Claudia Casper, Ronald Wright, Elizabeth May, and Damien Gillis. Get all the details and buy your tickets by visiting www.kevintafttour.ca 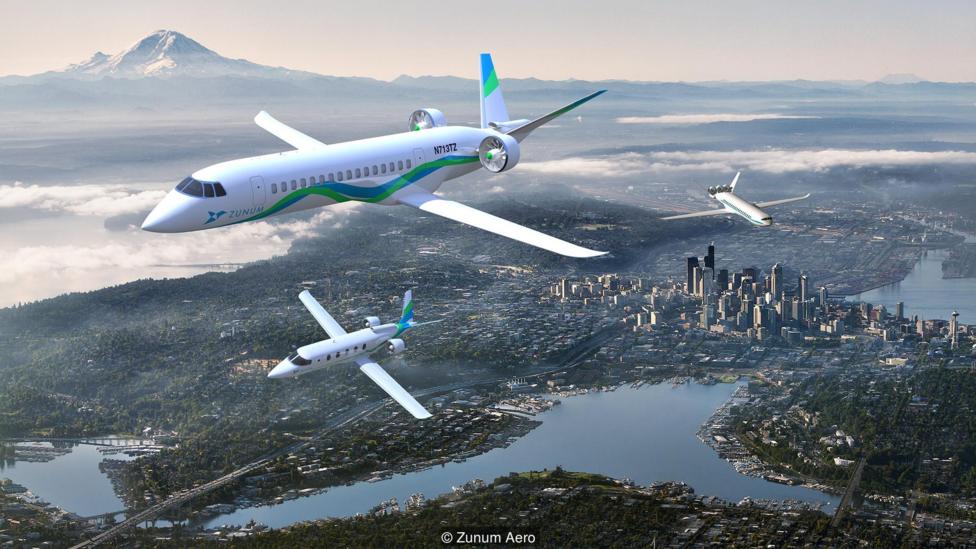 But Kevin Taft is of course not the only one raising awareness and presenting alternatives to the corporate capture of our democratic institutions. After reading the ruling last weekend in its entirety, Elizabeth offered us this breakdown of what it all means. She has been asking direct questions in the House of Commons for years.

Yesterday thousands marched around the world in support of Climate Action including a rally here in Victoria. Today, Drive Electric Victoria 2018 is holding an EV rally sponsored by three local municipalities. And Carol Linnitt, writing in the Narwhal, asks the question: "Can Canada build its new oil pipeline to the West Coast and meet its legal obligation to protect endangered species?" Many biologists, including Misty MacDuffee, a scientist with the Raincoast Conservation Foundation, say "no".

Andrew Weaver explains that the former B.C. Liberal government signed an equivalency agreement with the NEB that allowed them to rely on the board’s project assessments, rather than duplicating the process for the Trans Mountain expansion and other projects. Now, he said to The Star, the only way for British Columbians to have confidence in the process is for the province to undertake its own assessment. He joins Adam Olsen and Sonia Furstenau next Saturday at a PR rally in Victoria where they will explore how a fair and more representative voting system can help to protect us from this kind of political railroading. 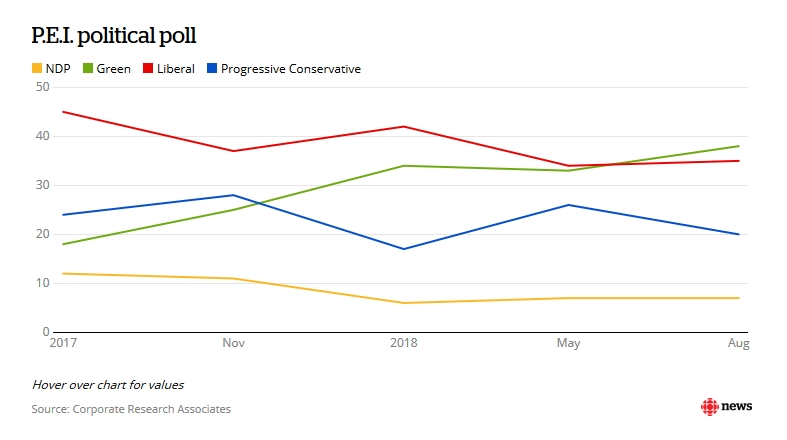 David Suzuki said this about Kevin Taft's book entitled Oil's Deep State: "[It] is compelling because it is drawn from his personal experience as a politician… Read this book, get mad, then take action to restore democracy.” The latest polls in Prince Edward Island suggest that Islanders in that province may be planning to do just that. The PEI Greens are firmly committed to rebuilding trust in politics and will honour the decision of voters in the referendum on PR that will accompany the next provincial election in that province.

When we elect our political representatives, we should have confidence that they actually represent us. Why else would we vote? Sadly the one-two punch of corporate capture and false majorities under our unfair first past the post voting system has caused too many Canadians to give up and sit on the sidelines. This week you have another opportunity to change that. Tell your friends about the events going on. Attend them yourself. Get inspired. And then let's return politics to the people.

Have a grand week,