There are those who see the future

There are those who see the future and those who make it happen. It was December of 2016 when Elizabeth introduced me to Tony Seba. I watched his talk, connected the dots, and understood that what he saw was real. I've written about the technological convergence he predicted regularly on this blog but last week, I saw it's power unleashed.

The car is ubiquitous in our lives. It is everywhere. We dedicate 50% of our real estate in cities to support it. We depend on it and going car free is a radical act of defiance. I know. My love and I sold our last vehicle 16 years ago and I can tell you it was tough. Cars are deeply embedded in our culture and commercials to entice us to buy them dominate our media. It's our dependence on them, and their dependence on oil, that has paralyzed us for decades and prevented us from acting on what we know to be true.

But it's not only us that know the truth. Royal Dutch Shell produced this video on climate change in the early 1990s and Kevin Taft told us about internal reports in the petroleum industry that spelled it out. Climate change is real and it threatens our very survival. So when this ad flashed across my radar it stopped me cold. Electric has arrived.

Launched on YouTube in the US on September 17th it has already received over five million views. And now it has arrived in Canada... in both official languages. It speaks of more than an entirely new driving experience. It speaks of the dawning of a new day when electric is IT and anything less is passe. It speaks of a moment in our civilization when the excess, waste and destruction of internal combustion engines is relegated to the past, where it belongs.

And of course Audi is not alone. Google "Electric Car" and ad after ad of car manufacturers lines up on your screen. Sales of electric vehicles are already soaring in BC prompting a top-up to the province's EV incentive program which was expected to have enough funds to operate until 2020. And now the 2019 lineup of vehicles includes everyone. From Mercedes to Sono Motors, a little known startup that offers powerSharing, rideSharing, and carSharing, to Navia, the company that manufactures the first robo-taxi on the market. 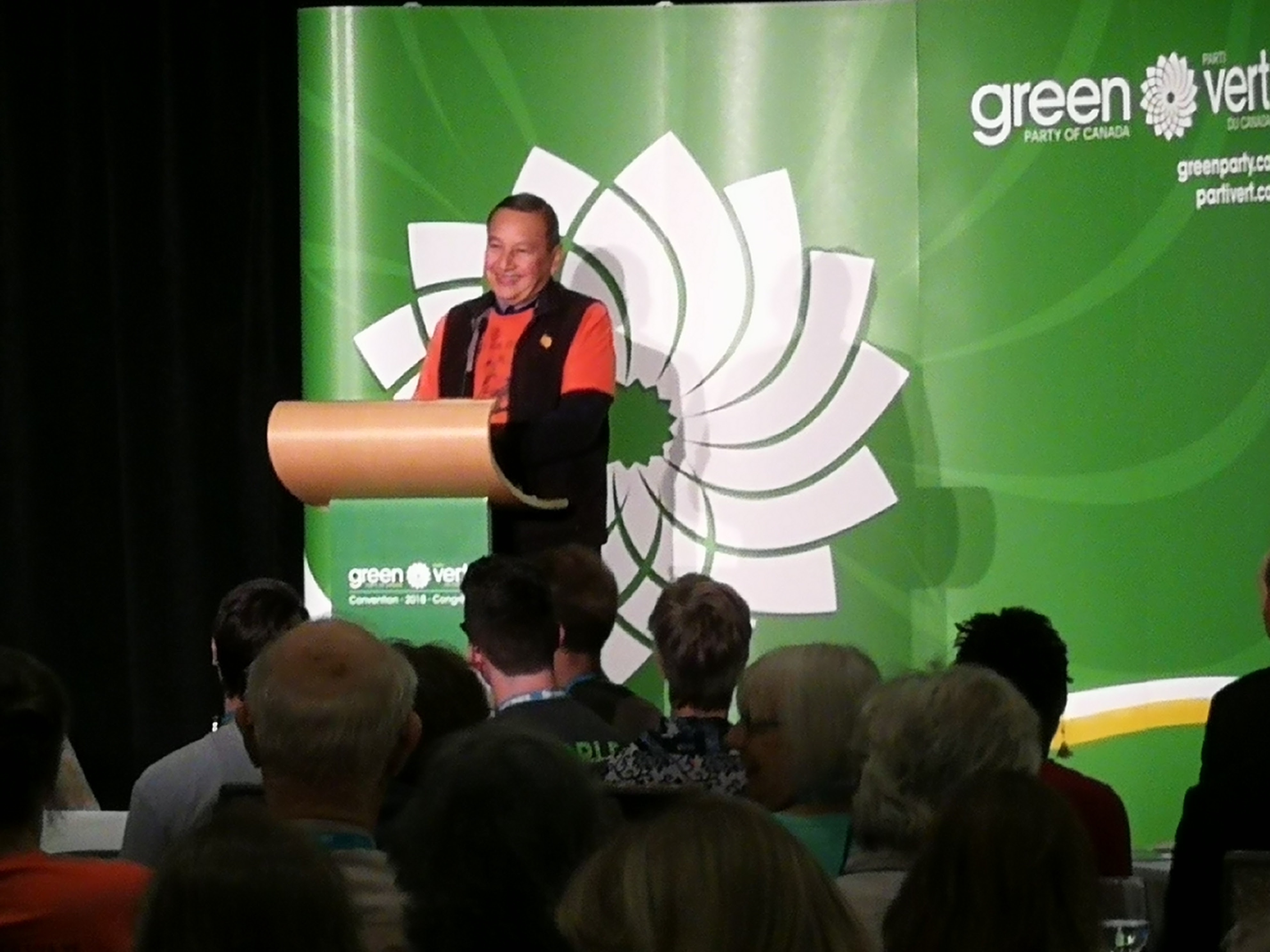 This weekend, Greens from across the country and around the world gathered in Vancouver for our bi-annual convention to talk about the urgency of our time. They debated the policy proposals that are before the membership but also explored the opportunities that await. Grand Chief Stewart Phillip challenged every one of us to reach for the bar that Elizabeth has set for us. Thomas Homer-Dixon inspired us to be the champions of a story that faces the realities of our time but embraces a future of hope. Caroline Lucas reminded us that what sets Greens apart is our commitment to the people that we do politics with them, not to them.

And of course the highlight of the weekend has to be Elizabeth's keynote address. Leaving not a dry eye in the room, this barn-burner was the climax that embraced the opportunity to unite Canadians around a new narrative of hope, grounded in fact, and energized by passion.

Less than a week after the election of the latest Green caucus in New Brunswick, we saw elected Greens from across the country stand shoulder to shoulder on stage. They joined with convention goers to build networks of engagement and a vision of a world where we can all rest assured that our grand daughters will have grand daughters. But they represent just the beginning.

British Columbians are going to vote yes in the referendum that will finally make our elections fair. PEI is going to elect the first Green Government under First Past the Post and then stay true to their word and proceed to implement Proportional Representation too. And Canadians from coast to coast to coast are going to embrace a new politics in a world where integrity matters and our responsibility to future generations is paramount.

See you next week,
Thomas