No one likes bad news - so let's build an alternative 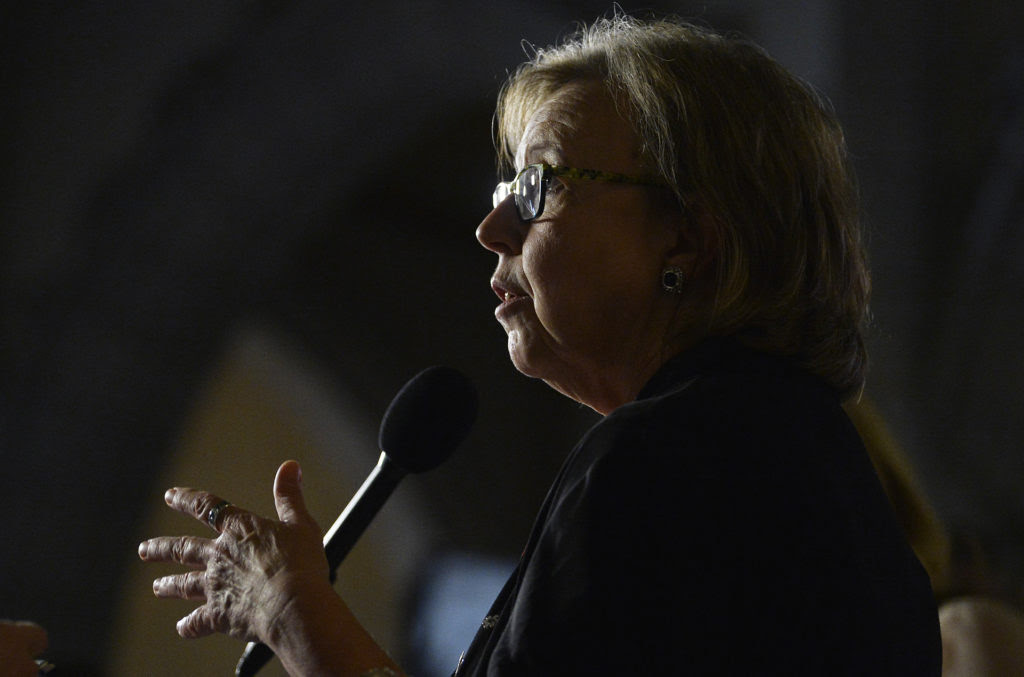 Elizabeth gave us fair warning during last weekend's convention in Vancouver: The United Nations' Intergovernmental Panel on Climate Change (IPCC) report coming out tonight is going to be bad news.

"It must not only tell governments what we know about climate change — but how close they have brought us to the edge," Chris Mooney and Brady Dennis wrote this in the Washington Post. "And by implication, how much those governments are failing to live up to their goals for the planet, set in the 2015 Paris climate agreement.

"1.5 degrees is the most stringent and ambitious goal in that agreement, originally put there at the behest of small island nations and other highly vulnerable countries. But it is increasingly being regarded by all as a key guardrail, as severe climate change effects have been felt in just the past five years — raising concerns about what a little bit more warming would bring.

Yet "it is universally recognized that the pledges made in Paris would lead to a warming far beyond 1.5 degrees — more like 2.5 or 3 degrees Celsius, or even more."

Umair Irfan quotes a leaked draft of the report in Vox: "Globally, the poorest people are projected to experience the impacts of 1.5°C global warming predominantly through increased food prices, food insecurity and hunger, income losses, lost livelihood opportunities, adverse health impacts and population displacements. Such impacts can occur, for instance, from increased heat stress and other extreme events, such as coastal flooding, with over 100 million people projected to go into poverty through impacts on agriculture and food prices." But then he goes on to expparitylore the implications:

"However, it could get worse if the world got even hotter. And right now, we’re likely to soar past 1.5°C as early as 2030 and hit 3ºC by 2100. A key point to remember is that while we talk about climate change in terms of averages, buried in those averages are extremes: more frequent and intense heat waves. More damaging storms. Higher oceans. These events can have a compounding effect that costs society far more than lost lives and damaged property from the disasters themselves. Coastal flooding can create a refugee crisis which in turn can drive armed conflicts, for example. 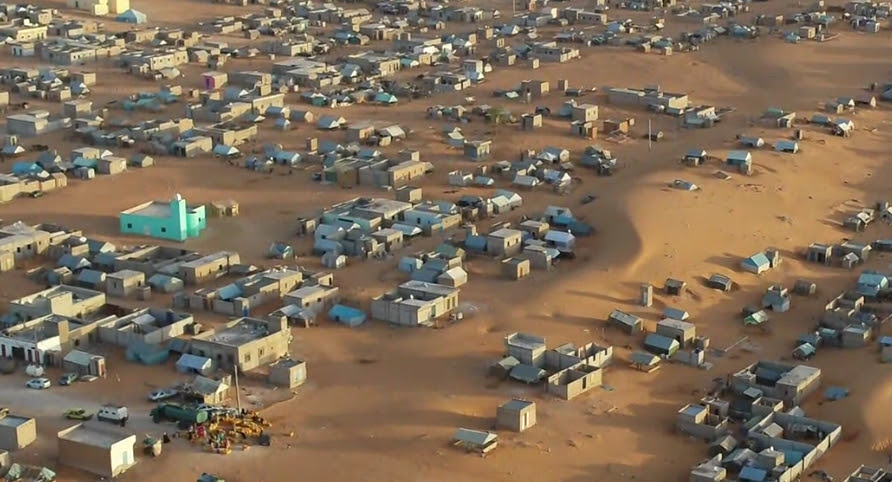 "Right now, though, only a handful of countries are on track to meet their targets set under the Paris agreement — targets, remember, that they set for themselves. Yet if every country were to meet its goals under Paris, that would still put the planet on a trajectory to warm by 3°C. Hitting the far more ambitious 1.5°C target is therefore a much heavier lift, in terms of politics, economics, and technology. Climate change campaigners have compared the endeavor to fighting a world war.

"It would require replacing the bulk of the world’s fossil fuel generators with cleaner alternatives. It would drive the world to electrify everything. Planners would need to redesign cities to allow cleaner transportation. And governments would have to pay for their emissions at a price high enough to include the social costs of carbon." 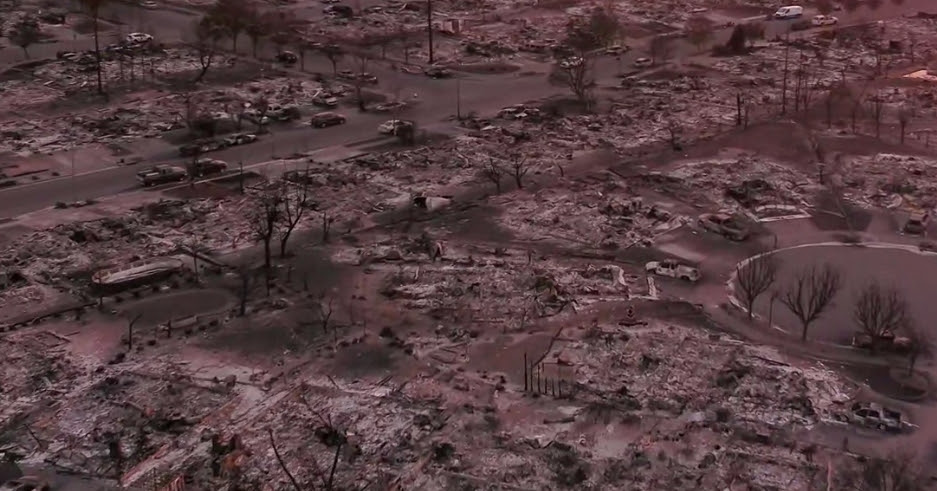 Last August Nathaniel Rich published a work of history, recalling the decisive decade when humankind first came to a broad understanding of the causes and dangers of climate change. This two-part article is based on 18 months of reporting and well over a hundred interviews.

In his prologue, Rich states: "If by some miracle we are able to limit warming to two degrees, we will only have to negotiate the extinction of the world’s tropical reefs, sea-level rise of several meters and the abandonment of the Persian Gulf. The climate scientist James Hansen has called two-degree warming “a prescription for long-term disaster.”

Long-term disaster is now the best-case scenario. Three-degree warming is a prescription for short-term disaster: forests in the Arctic and the loss of most coastal cities. Robert Watson, a former director of the United Nations IPCC, has argued that three-degree warming is the realistic minimum. Four degrees: Europe in permanent drought; vast areas of China, India and Bangladesh claimed by desert; Polynesia swallowed by the sea; the Colorado River thinned to a trickle; the American Southwest largely uninhabitable. The prospect of a five-degree warming has prompted some of the world’s leading climate scientists to warn of the end of human civilization." 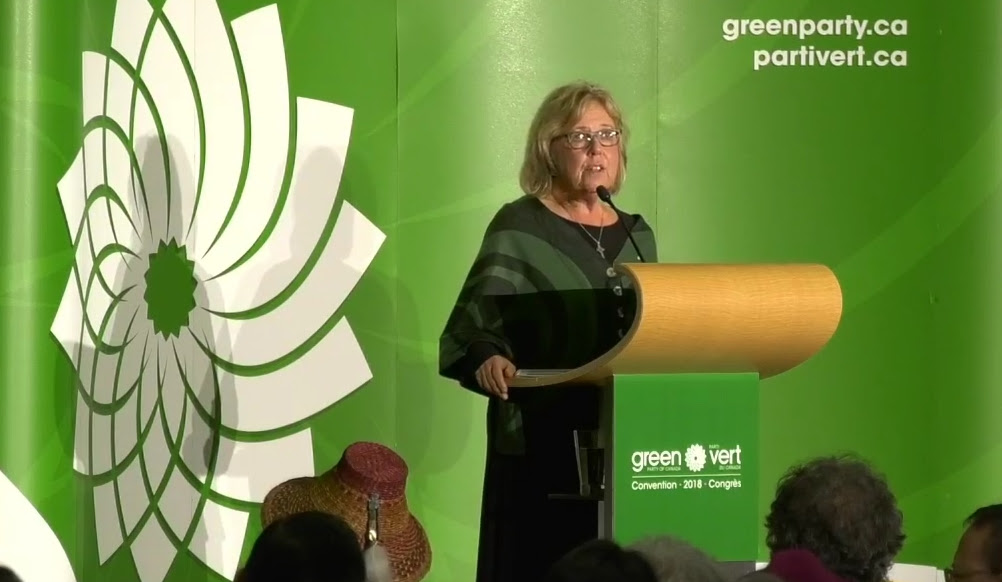 This is not a climate issue for tree-huggers anymore. This is a survival issue that threatens everything. It reminds me of a dark comedic dramatization on "The Newsroom," a parody of what's been going on for decades. Perhaps not coincidentally, the decade when we almost stopped climate change was also the decade when we shifted the story of our civilization from the Keynesian view that governments take responsibility for the welfare of its citizens to the Neo-Liberal story where markets are worshiped like gods and all of us must toil in their service.

We see this play out over and over again as all governments, right across the political spectrum, have now proven themselves subservient to the forces that demand endless growth in a finite world; the fundamental tenet of a pyramid scheme. I'm not sure what's worse, a conservative government that honestly denies climate change and blatantly puts the interests of its corporate benefactors ahead of the people, or a so called "progressive" government who boasts that it can get more carbon spewing infrastructure built because it gives lip service to climate action? The "Carbon Bomb" released by our own NDP government here in BC last week, is just the latest example of this doublespeak.

"The climate farce continues," writes Andrew Coyne in the National Post. "To recap: Canada is nowhere near to achieving the reductions in greenhouse gas emissions it agreed to three years ago in Paris, having blown through a series of more ambitious earlier commitments — Kyoto, Copenhagen etc — without so much as taking its foot off the gas pedal."

Charlie Smith writes in The Georgia Straight: "Many people voted for Trudeau's federal Liberals and Horgan's NDP because they felt that those two parties would offer an alternative to their right-wing predecessors, who favoured ever-increasing greenhouse gas emissions. But at the end of the day, what have we gotten? Trudeau has used the might of his government to buy a pipeline company. He backs LNG production.

"Horgan's NDP regime is proceeding with the $10.7-billion Site C dam, which will help fuel more production of greenhouse gas emissions. And he's gone to Asia to flog B.C. LNG, despite his government's stated objective of reducing greenhouse gas emissions. It's easy to see how a significant number of voters are feeling betrayed by these developments. And some might not even have to wait for the next federal or provincial election to make their voices heard."

There is an alternative 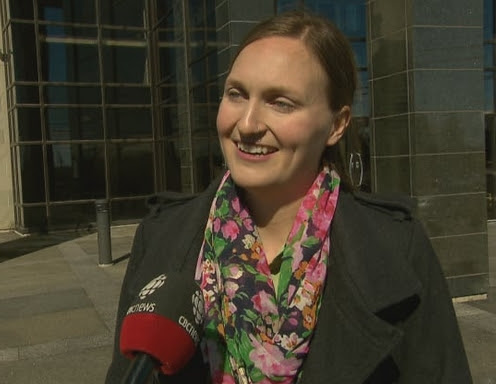 The good news is that the Green wave is building. New Brunswick now has a Green caucus just like PEI and BC. And Municipal elections are just around the corner where we have an opportunity to bring more Green voices into government. Our provincial campaign on Electoral Reform is in full swing and there are lots of opportunities for you to participate. This really matters because our elections in Canada are rigged. Just last week 37% of voters in Quebec handed the Coalition Avenir Québec (CAQ) 100% of the power. Now it remains to be seen if they will keep their promise and implement ProRep in that province. 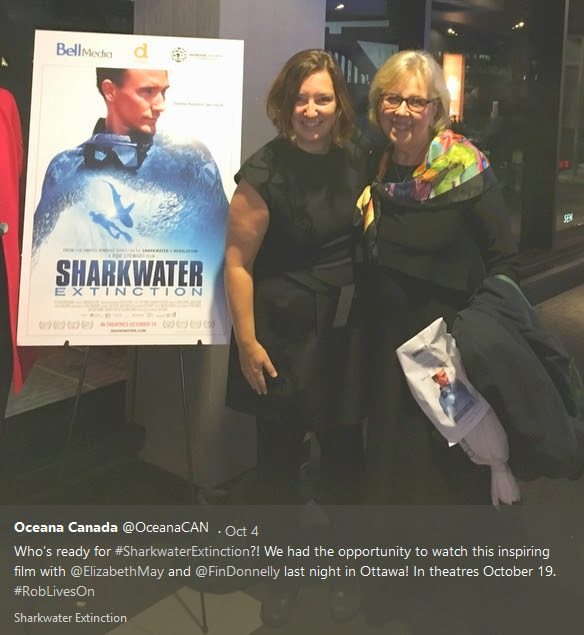 We live in an epoch where there can no longer be any doubt that we are the masters of our collective destiny. Rob Stewart gave his life exposing what we are doing to the ocean. Elizabeth attended the premier of his last film "Sharkwater Extinction" in Ottawa last week. But perhaps his most powerful work was just too frightening to contemplate and for that reason probably never received the attention it deserved. Rob's second movie "Revolution" explored the extinction of our entire ocean ecosystem; the catastrophic deoxinization of the Gulf of St Lawrence being just one tangible (and domestic) manifestation.

But as George Monbiot and others have pointed out, we can't go back to either of the old stories since they are both based on endless growth. Both the Keynesian model and Neo-Liberalism have clearly demonstrated they are not up to the task of protecting our civilization for future generations to enjoy. To squarely and effectively address the climate challenge we need to examine everything and tap the best ideas of our time to build a new narrative that replaces the fixation on growth. We need a commitment to real prosperity for all. And that includes the non human species that share this Anthropocene. 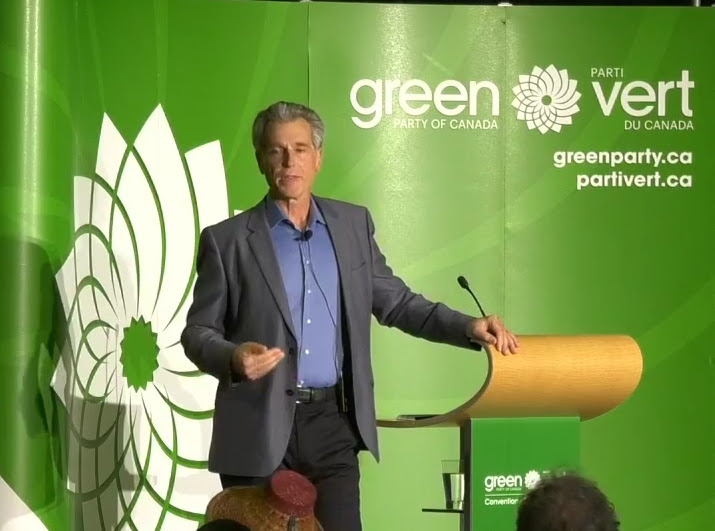 "My heart is with this movement," Thomas Homer-Dixon told the audience at our convention. "This is a very exciting time, you can feel it in the air, you can feel it in this room. The sense of opportunity in front of us, across the country from coast to coast. This next federal election could be enormously important. There is a political moment here that's not only important for Canada but is potentially important for the world."

I suspect Elizabeth invited Thomas Homer-Dixon to our National convention so he could inspire us to start the process of writing that new narrative. Together with Grand Chief Stewart Phillip and Caroline Lucas, he did just that. And then, in her own keynote address, Elizabeth invoked the ghosts of the past to show us what's possible: Regular citizens that, when faced with impossible odds, pulled out all the stops and stood for what they believed in.

In 2019 Elizabeth needs us to stand with her. In 2019 we need to show that nationally Greens are the only party that is able to embrace a sustainable future.

We are a movement that you can vote for!

Elizabeth will lead the charge to offer authentic hope to Canadians from coast to coast to coast. But to do that, she needs to know that here at home she has your full support. On Saturday afternoon is your chance to show Elizabeth that you have her back! Join her at the beautiful Glendale Gardens in Saanich, as she introduces you to the exciting new candidate for our neighbouring riding of Esquimalt Saanich Sooke. Let them know personally that you will support their commitment to champion a better world for us all.

See you on Saturday,