So here is how it currently works:

So we are governed not by 338 MPs but by a subset of only 35 who are advised by bureaucrats, party insiders, strategists and lobbyists. When you combine party loyalty with cabinet secrecy in this manner it's not hard to see how easy it is for interest groups like big oil (they are not alone) to use their incredible financial muscle to manipulate government decisions. Money in politics isn't as simple as political donations to campaigns. It also extends to how much money an industry can afford to spend, finding ways to influence the information that is delivered to this all powerful elite.

Perhaps that's why even though we signed the Paris accord that committed us to 1.5 degrees, the world is falling dangerously short of its global warming reduction targets and Canada is among the worst offenders. In fact our Harper/Trudeau targets are so bad that a new study published in the journal Nature Communications, finds that current emission reduction efforts in Canada, Russia, China and Saudi Arabia would result in a 5.1 C warming of the planet by the end of this century, if all other nations set similarly unambitious targets.

That's because under our current system it's easy for the lobbied spin doctors to drive the agenda. Here is an example. Last week the mainstream press reported again how the lack of access to markets is driving Canadian oil prices down and hurting our economy, conveniently overlooking most of the facts. In this CBC report on The National we see bold graphics comparing international and Alberta oil prices and blaming it all on the lack of pipelines. But if you listen closely at the 7 minute mark they use the phrase "part of the reason..." but never tell you the other parts. And then at 07:30 they talk about "Up to $5 billion in royalty losses..." without revealing that royalties have been systematically slashed to the bone for years and generate less for the Alberta treasury than liquor tax. 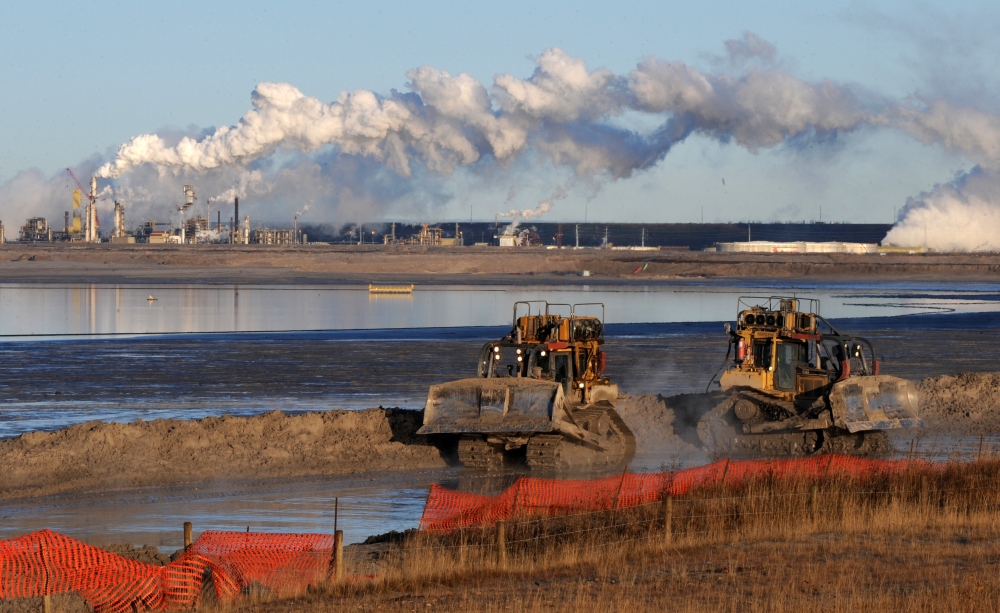 West Texas Intermediate (WTI) Oil prices dropped from about $69 to about $56 over the last four weeks. Unexpected by many it was simply the old supply/demand game and has nothing to do with the actual cost of producing oil. It's an example of how trumped up (read fake news) these things are. If you want commodity prices to rise, simply reduce production. The OPEC nations have known that since the 1970s and it's not rocket science.

Seems though that we aren't quite that smart. Mainstream media continues to peddle the talking points of the spin doctors and industry lobbyists by insisting that the reason crude prices in Alberta have crashed to $13.46 is because there are no pipelines to pump the stuff to market. Sort of like saying the reason I have too much stuff in my garage is because I don't hold enough yard sales, or the reason the food that doesn't fit in my fridge is spoiling is because we're not eating enough.

This is misleading on a couple of levels. First they are not talking about light crude like WTI at all. They are talking about dilbit. Second, there is a certain capacity that currently exists to ship Alberta light crude and dilbit (bitumen mixed with diluent) to markets. If Alberta matched its production to that capacity, prices would be at their maximum. But even if that happened, that maximum for dilbit would be nowhere near the price of WTI. As Kyle Bakx reports in this CBC piece, there are at least three reasons why Alberta bitumen fetches such low prices.

"A much less talked about factor that's weighing on oil prices in Alberta is a new fuel standard for the marine shipping industry. The International Maritime Organization will have a sulfur limit rule in place for 2020, which is known as IMO 2020. The policy generally will target heavy sour crudes [high sulfur dilbit] like those produced in Alberta in favour of low-sulfur sweet oil (also produced in Alberta)." The other point he makes is that refineries in the US that actually take Alberta's dirty dilbit have been taken off line and so they are currently not buying as much of the stuff.

The reality is that those companies who have established facilities in Alberta to upgrade the bitumen into synthetic crude fetch prices pretty much equivalent to the WTI price. To understand that, you only need to look at two reports. This one from the Alberta Energy Regulator which shows the price of Canadian Light Sweet Crude as compared to the unrefined dilbit which they have shrewdly dubbed "Western Canadian Select", and this one from Oilsands Magazine which states that: "Synthetic Crude Oil (SCO) is a light sweet crude produced by the upgrader." The term synthetic distinguishes upgraded bitumen from conventional crude, "although the two crude streams are chemically identical. Since synthetic crude is light and sulphur-free, it can be sold to a conventional refinery. Synthetic crude sells approximately on par with WTI, representing about 40% of Alberta's production."

So the argument cabinet ministers and government subsidized oil companies are shoveling at us, that we are losing money because we don't have pipeline capacity, is pure spin. If anything we are losing money, and jobs, because we are not refining our existing production of bitumen here in Canada. Maximizing Canadian profits and value would allow us to fetch a world price both at home and abroad. News flash Catherine McKenna, we are already getting product to market. What we are not doing is adding value in Canada first. 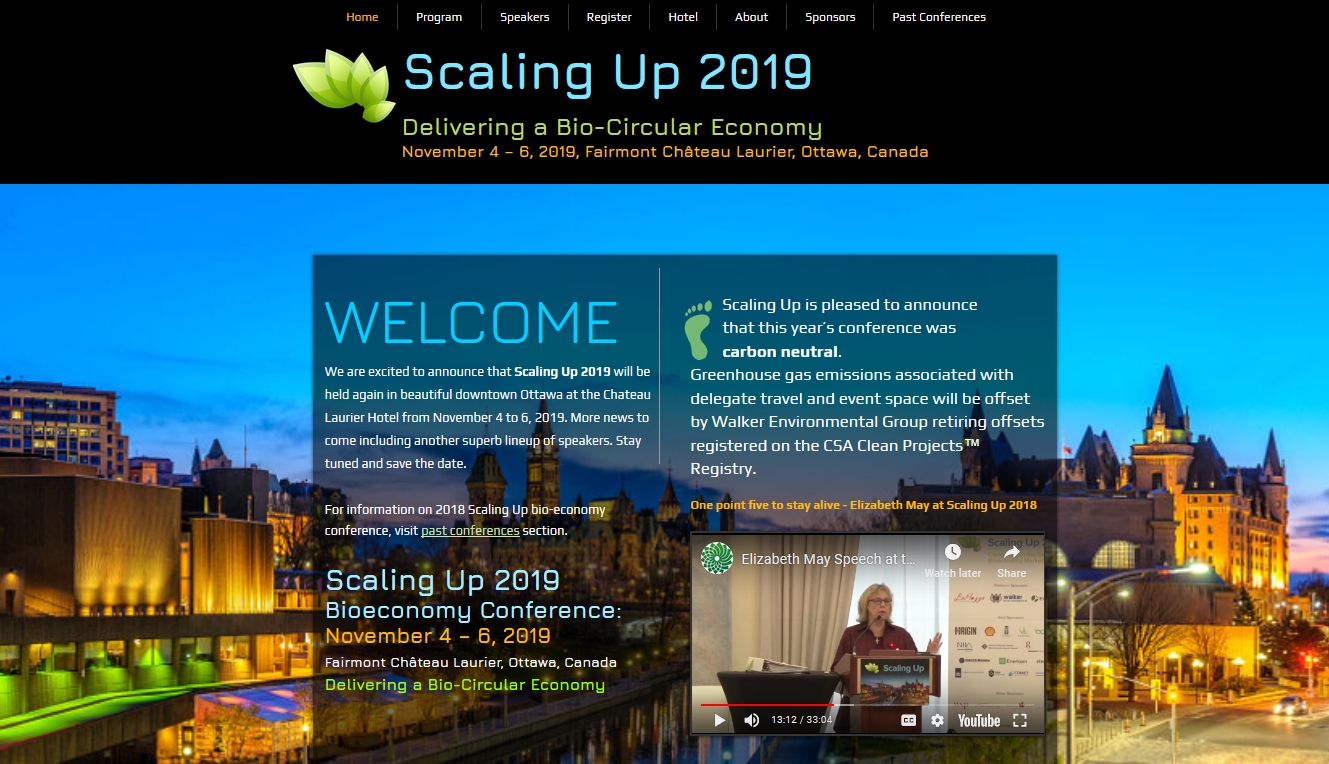 I've used this example only because it's in the news and hits close to home. With the ongoing challenge of the Trans Mountain pipeline expansion threatening our coast and the IPCC report warning us that we are out of time, it shows how powerful these forces are. But it's just one example where a small group of individuals in cabinet can be lobbied and manipulated into parroting the mantra of an industry. And when it's repeated often enough even the media starts to believe it.

They say that power corrupts and absolute power corrupts absolutely. That kind of power is very tantalizing even if you have to wait for it while sitting in opposition. No one strives to hold that power to hurt people. But they are prepared to wait their turn because they know it will give them the chance to impose their answers, which of course are the best answers, on everyone. And when they win, the lobbyists get to work.

Greens tend to see things differently. Since we value democracy more than power, we look at the science and then seek real solutions from across the political spectrum to the challenges of our time. We build bridges and believe in listening so we can build consensus. We believe in Canada and have confidence that Canadians will work together for the common good, given half a chance. Mike Schreiner recently proposed 50 ideas as part of a credible energy strategy for Ontario and would be "happy for them (the Ford government) to steal all of them." And in her keynote address at the "Scaling up 2018" conference in Ottawa, Elizabeth laid out how how critical our situation is and stressed that we must work together to forge solutions. 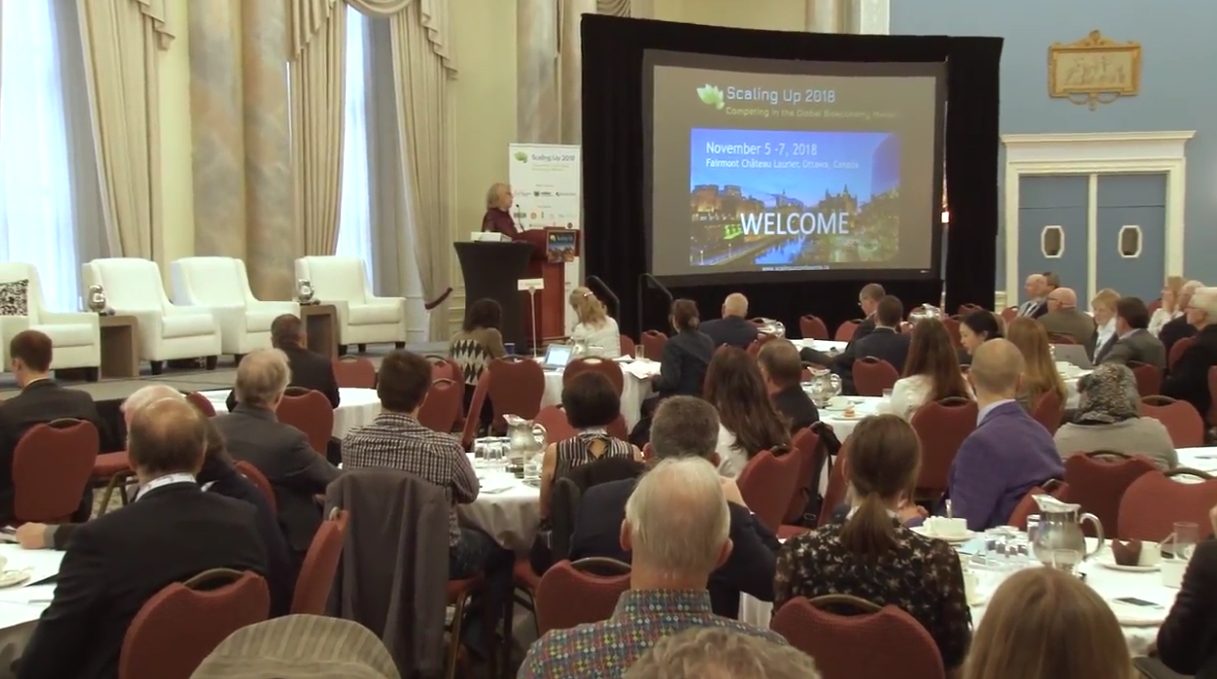 "I'm grateful to this day," she told delegates, "that Catherine McKenna was the first representative from an industrialized country to say that the treaty has to say 1.5. And once Canada did that, all the industrialized countries fell into line with us. Once we said that, everything changed." So in response to those naysayers that insist "Canada doesn't make a difference because we're only 2% of world emissions" (even though per capita we are in the top 3 polluting countries on earth), Elizabeth reminds us that "we're way more than 2% of global influence."

That's why Greens are champions of fixing our electoral system. Our governments should represent a majority of the people. In a real democracy there should be no elected dictators anointed by the minority to rule over the majority. There should be checks and balances where compromises are exposed to the light of day. We were hopeful that Justin Trudeau would keep his promise of making 2015 the last federal election under first past the post. But that promise was made while he polled in third place and was duly reneged once he gained the power described above. 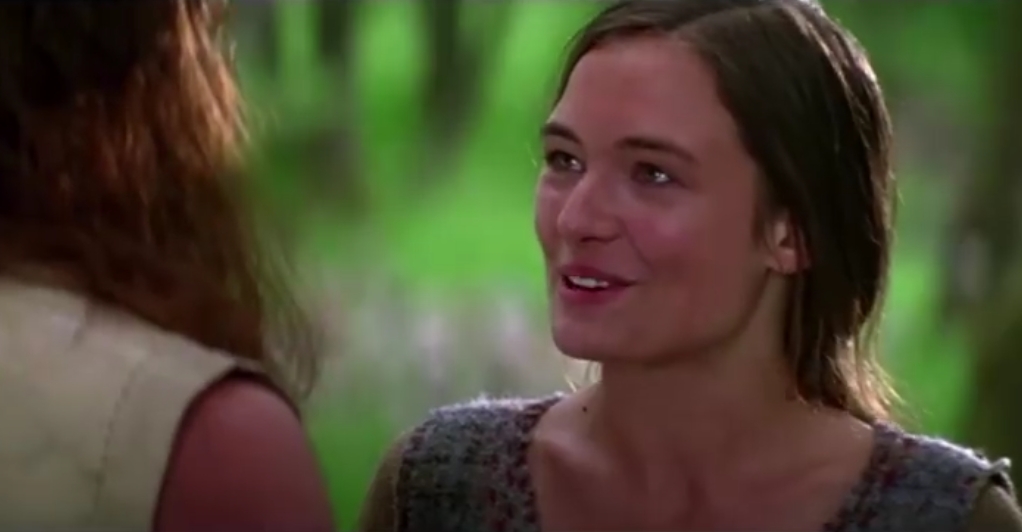 Now here in British Columbia we have another chance to get it right. John Horgan, with a minority government, is giving us the opportunity to make Proportional Representation a reality in BC. But democracy belongs to those who show up and as of early last week, only 5% of the ballots made their way back to Elections BC. The thing is, this is not like your tax return. Your ballot must actually reach Elections BC by 4:30pm on November 30th. And with rotating postal disruptions that means you need to get your ballot off as soon as possible.

The first question on your ballot is what matters. Do you want to stay with First Past The Post or do you want the seats in our legislature to be proportionally representative of the will of the voters? All of the choices in the second question will bring fair and proportional representation to our voting system. You can choose one or just leave that part blank. 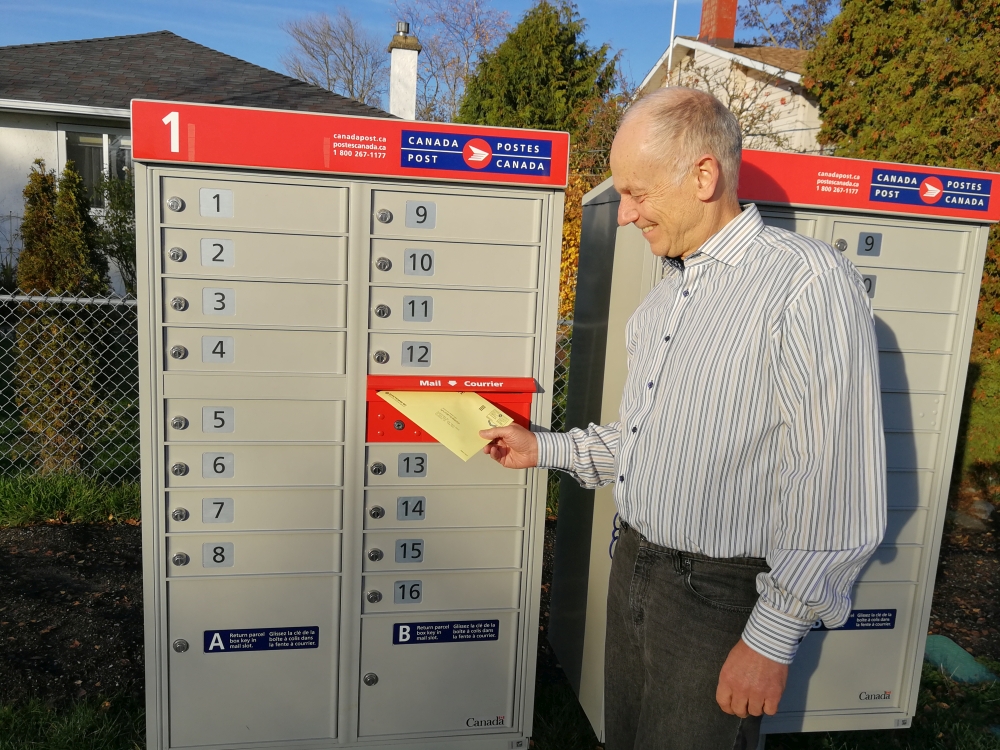 And if you still have questions you can even call David Merner, Green Party of Canada Democratic Reform Critic and 2019 candidate for Esquimalt-Saanich-Sooke. David ran against us as a Liberal in 2015. But he has been a strong proponent of Electoral Reform for years and when Justin Trudeau reneged on his promises, David was compelled to leave the Liberal Party and join our effort to build a stronger democracy.

In a recent email from our national office, David offered this background information:

You can also email or call him at 250-514-5507 if you want to discuss the referendum. He's glad to chat about this big decision because he sincerely believes that proportional representation will lead to better government in British Columbia, and that B.C. can lead the way toward better government across Canada.

If you have already voted and want to help spread the word so that others will do the same, there are a number of ways to do just that:

Also please remember that the ballot for the referendum does not have to go through Canada Post. The back of the yellow envelope has a website address for alternate delivery locations (elections.bc.ca/rso).  Dozens of locations, listed alphabetically by town/neighborhood, complete with hours of operation.

The challenges we face are real and they require representative democracy to function at its best. Please participate in this referendum and help BC lead the way by changing to a proportional voting system to put power into the hands of the people, where it belongs.