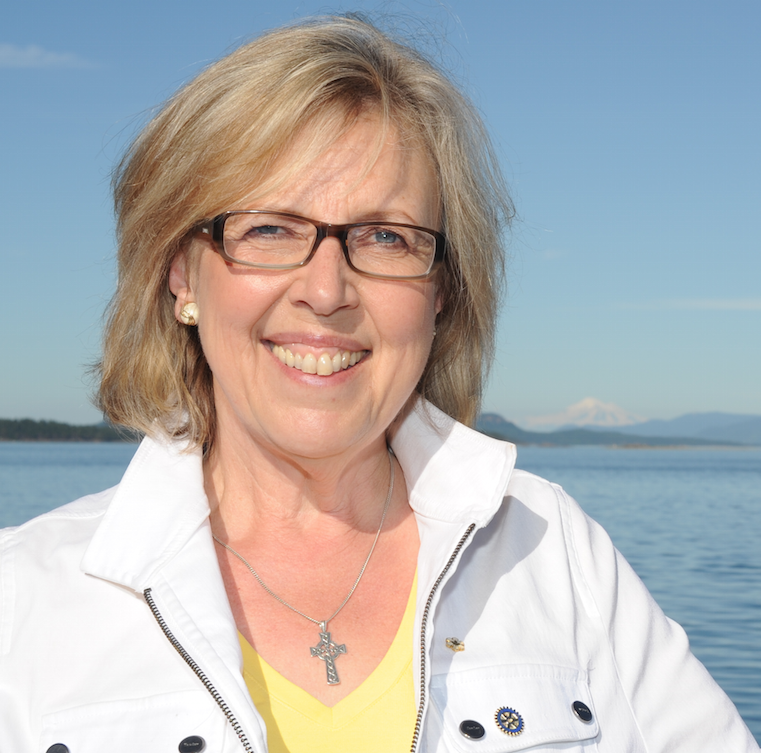 Elizabeth May engages voters with her straightforward, no-nonsense approach to politics. In striking contrast to most politicians, Elizabeth is candid, well informed, and refreshing. Four years ago, the constituents of Saanich Gulf Islands rallied to this positive way of ‘doing politics’ and elected Elizabeth May as the first Green Member of Parliament in Canadian history.

We showed that you can make a positive choice, voting with both your head and heart. Saanich Gulf Islands had one of the highest voter turnouts in the 2011 election, a strong demonstration of democracy at work. Although the current first-past-the-post electoral system favours the established parties, we proved the pundits wrong -- our votes counted.

With our support and Elizabeth’s principled approach, she accomplishes more for her constituents than any other MP in Ottawa. We enabled a powerful champion of Canadian democracy and evidence-based policy to speak for us. And she does!

Ask yourself - did you ever feel proud of your MP before 2011?

Elizabeth was the first leader to:

Time and again, Elizabeth has proven her leadership and raised the alarm on the fear and deception tactics that are undermining Canadian democracy and subsidizing corporate control of the environment.

We showed Canada the difference that an ethical, hard-working and principled representative can make. Our votes helped Elizabeth to make significant achievements. She has proven her effectiveness as our representative and as a staunch advocate for Canadian democracy.

The voters of Saanich Gulf Islands demonstrated vision, leadership and courage by choosing Elizabeth as our representative. At a time when Canada needs true leadership more than ever, we can re-elect “Canada’s most effective MP” (Right Honourable Joe Clark, former Conservative prime minister).

We All Win
Our voices are heard in Ottawa because we chose Elizabeth. Support Elizabeth in 2015 by voting for her and encouraging others to vote. Saanich Gulf Island led the way - the Green Party can make a huge difference.

Show Your Support: Help Elizabeth help us - Pledge your vote for 2015!