Keep It in the Ground 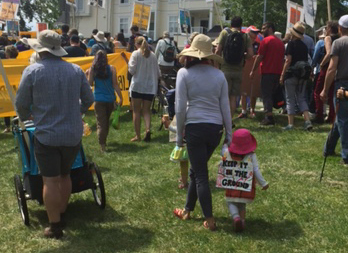 Enthusiastic participants and 'kayactivists' from Saanich Gulf-Islands, Victoria and beyond joined the protest May 14 against the twinning of the Kinder Morgan Trans Mountain pipeline in Burnaby. The protests were part of the  ‘Keep it in the Ground’ civil disobedience all over the globe urging governments to take meaningful action against climate change by stopping fossil fuel subsidies and development.

The message was loud and clear! Canadians will not accept the National Energy Board's (NEB) business-as-usual approval for every fossil fuel development project and diluted bitumen pipeline. Nor will Canadians accept the misinformation in mainstream media - it is not difficult to find the truth about Kinder Morgan's track record with spills and their ongoing, successful efforts to avoid paying taxes in Canada.

“These pipelines are not nation-building projects. They are catheters designed to drain a giant pool of carbon as cheaply as possible, so oilsands companies can keep the lights on for a few more years.”  Kai Nagata, Dogwood Initiative 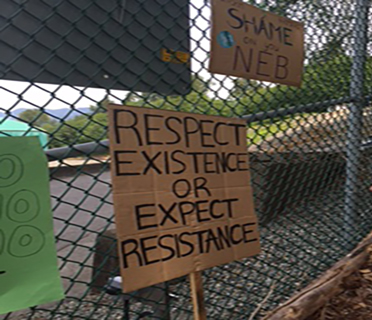 The new Canadian government gives the appearance of listening. It’s not clear, however, whether or not Minister Carr’s additional review process for the Kinder Morgan Trans Mountain project will respond to community, scientist, and First Nations objections.

There is no doubt, however, that the citizens of Saanich-Gulf Islands and beyond will continue to protest. We do not support the investment of our tax dollars in petro projects that undermine positive action for the climate. And we do want to join the 21st century clean energy revolution. 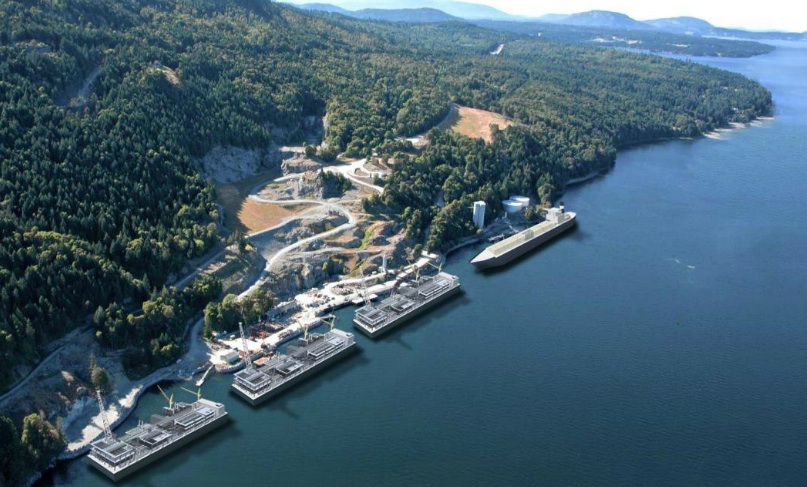 On the other side of the Salish Sea, Saanich Gulf-Island citizens are concerned about yet another fossil fuel development scheme that makes no sense - the Malahat LNG project in Saanich Inlet.  Residents of Brentwood Bay, Saanichton, North Sidney, and Sidney are filling the rooms at information events hosted by the project proponents, environmental organizations, the newly formed Saanich Inlet Network, and local governments.

The proposed LNG processing facility for the Saanich Inlet is a significant industrial development in a fragile ecosystem. Every 3 to 5 days, a LNG gas tanker would dock up to the LNG processing plant consisting of three massive floating platforms, fill up and leave the Saanich Inlet. The LNG facility would not be responsible for the pipeline coming to it, nor the tankers leaving for Asia.

There are compelling economic and environmental arguments against the Malahat LNG project. Many people believe it could never proceed. Yet the NEB has already approved an export permit for 6 million tons of LNG per year from this proposed facility.

The federal approval of the Woodfibre LNG project in Squamish and the continued efforts of the pro-LNG BC provincial government to promote an industry that should be considered dead in the water are reasons to pay close attention to Malahat LNG. For detailed information on this proposal, check the Saanich Inlet Network website.

Concerned? Then see you tonight at the ​North Saanich Town Hall on Malahat LNG. On Friday, share your thoughts on LNG with Elizabeth May, Member of Parliament for Saanich Gulf-Islands at her Town Hall for all constituents. Ms. May will discuss LNG development in BC, including the widely-criticized Petronus LNG project that threatens Lulu Island and the Skeena River. For more information on the LNG town hall, click here or see Upcoming Events below.

To read more about LNG, click here to see the Summer Newsletter from our MP, Elizabeth May. You can also fill out a survey about LNG here.

The District of North Saanich hosts a public town hall on the proposed Malahat LNG project. There will be seven presenters in attendance representing opposing positions on the project. The panelists will include Steelhead LNG's Project Director, Tsartlip First Nation Chief Don Thom and Eoin Finn, an LNG expert from Squamish, BC. For more information click here.

Elizabeth May, MP for Saanich Gulf-Islands,  will host a Town Hall meeting on Liquefied Natural Gas (LNG) with panelists retired scientist Dr. Eoin Finn and author Andrew Nikiforuk. A discussion and Q&A led by Elizabeth will follow the panel. Elizabeth and the panelists will discuss the increasing prominence of LNG in British Columbia, and specific proposals that have the potential to affect local residents. At the moment, there are 19 LNG proposals across BC, including the Woodfibre LNG at the head of Howe Sound and the proposal by Steelhead LNG for the Malahat LNG processing project in Saanich Inlet. For more on LNG click here to read Elizabeth's recent community newsletter.

When: Friday June 3, 7 pm
Where: Bodine Hall, Mary Winspear in Sidney, BC