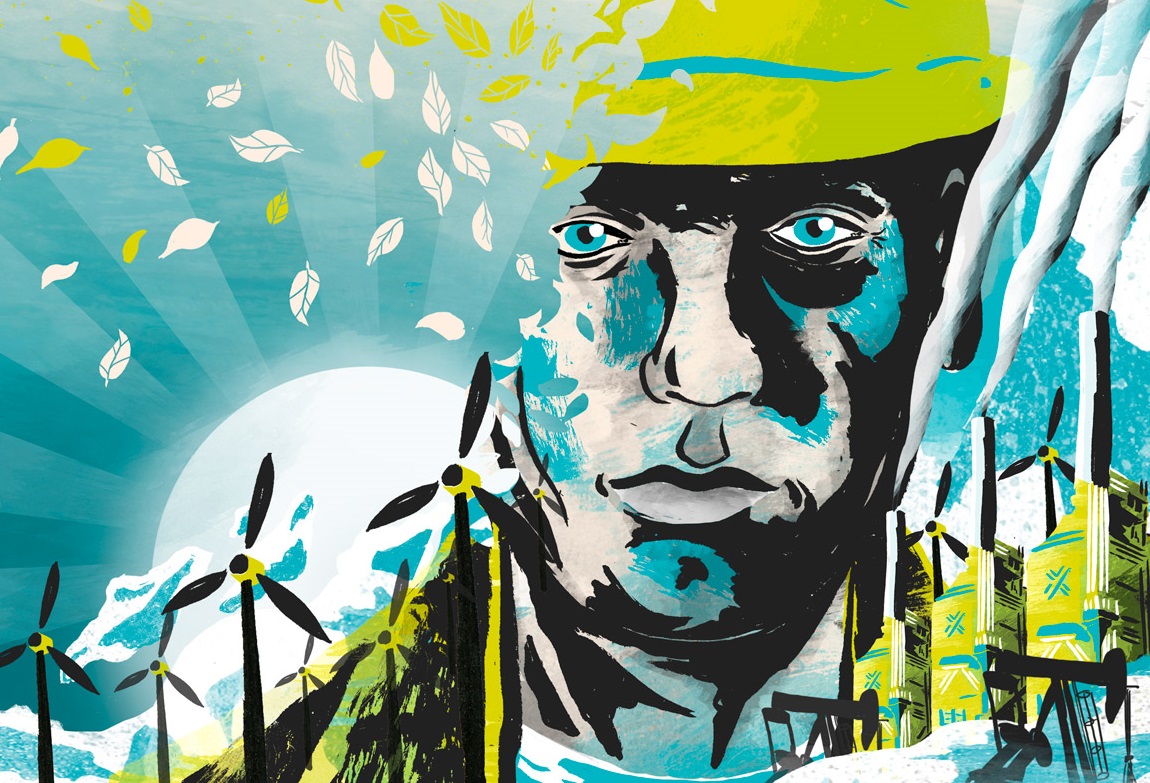 The Victoria native grew up enjoying Vancouver Island's natural beauty and developed a passion for the environment. But unable to find work in his desired field of renewable energy, he applied his training for years in what may be the most controversial industry on the continent: Canada's oil sands.

"When I entered the trade, I didn't have any understanding of climate change and the impact my trade is having on the world," Hildebrand said. "But that awareness has been growing within me and our society."

So Hildebrand rolled up his sleeves and built a non-profit oil sands-worker-led initiative called 'Iron and Earth' -- and on Monday, he and a cadre of other oil workers launched it at a press event in Edmonton.

Their goal? Train laid-off oil sands workers for jobs in the growing field of renewable energy in Alberta.

"We're a group of oil sands workers who see incredible opportunity to transition our skills to the renewable energy industry," he told a press event attended by oil executives, oil workers, environmentalists and much of the Alberta and national media.

Iron and Earth called on the Alberta's NDP government to fund their 'Solar Skills' campaign to re-train 1,000 "unemployed electricians" from the oil industry. The group hopes to draw in pipefitters, iron workers, and other building trades as well.

The group's immediate goal is to build 100 solar installations on public buildings throughout the province starting in the fall. It's asking for provincial funding, but energy companies Suncor and Enbridge have also shown interest.

To read the full article and see the video, click here

Tweet this page to encourage our government to support programs like Iron & Earth, to move us to a new green economy!