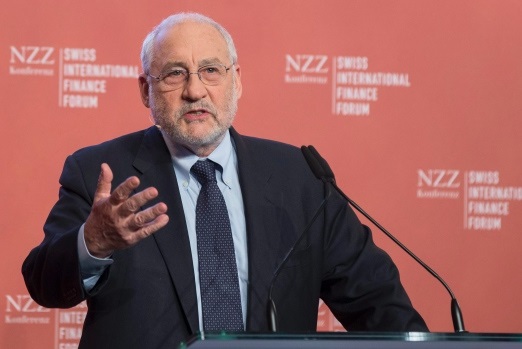 The warning from Nobel Prize-winning economist Joseph Stiglitz leaves no doubt about his assessment of the Trans Pacific Partnership.

"TPP is a very bad agreement and will worsen inequality. I'm actually shocked that they're actually seriously considering ratifying it," Stiglitz told host Chris Hall on CBC Radio's The House.

"This is not a free trade agreement. This is a managed trade agreement, and it's managed mostly for corporate interests in the United States without giving a little bit to the other TPP partners," he said.

Stiglitz outlined several issues with the Trans Pacific Partnership, which — if ratified — will form a trading block representing roughly 40 per cent of the world's gross domestic product.

The economist and Columbia University professor said his biggest issue with the treaty revolves around the investment chapter and the right it would give corporations to sue governments if they think rules and regulations contravene the terms of the TPP.

For example, Stiglitz said that if the federal government passed legislation to "help alleviate, say, exclusion of First Nations or other groups in your society, you could be sued. If you passed a minimum wage law, you could be sued."

The Nobel Prize winner told The House he has shared his concerns with Canada's International Trade Minister Chrystia Freeland, and that Freeland appeared to understand his arguments against the deal.

"But this is not about free trade. This is about changing the rules of the game for the market economy in ways that disadvantage ordinary people and advantage a few large corporations."

To read the full article and hear the interview (at 23:27min), click here

Tweet this page to tell our Minister of International Trade, Chrystia Freeland, that the TPP is bad for democracy in Canada!