Don’t let politics stand in your way. Instead of doing what’s possible. Do what’s necessary. 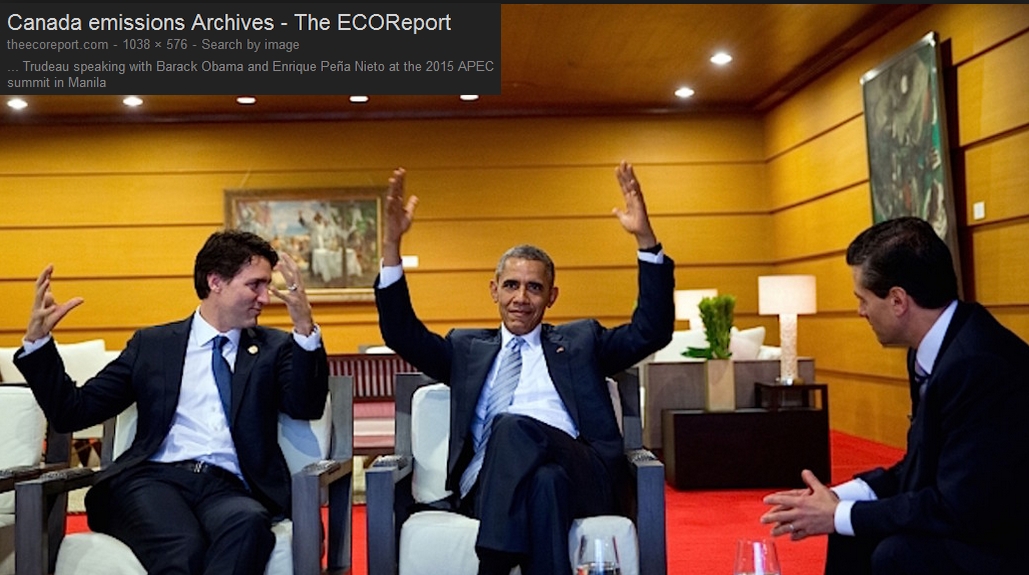 Seize the chance for North America to become a climate action juggernaut.

The North American leaders should seize their rare moment of political agreement on climate when they meet next week in Ottawa, says a new report.

The report, Proposals for a North American Climate Strategy, calls on the three leaders who will meet at the North American Leaders Summit June 29 to take advantage of the common approach they have on climate issues.

"I believe you have alignment between these three nations in a way that we haven't seen before, and so we have to think about — how do we make the most of this time," said the Pembina Institute's Erin Flanagan, who is the co-author of the report compiled by a coalition of six environmental think-tanks from Canada, the U.S. and Mexico.

Flanagan said the three leaders are ambitious about the environment in their own way: U.S. President Barack Obama is thinking about his legacy on climate file; Mexican President Enrique Pena Nieto has brought in a new energy transition law as part of his overall domestic reforms; and Prime Minister Justin Trudeau wants Canada to have a strong international reputation on climate.

"So you've three ambitious political leaders, and you've got global consensus that action is important for the world," said Flanagan in an interview with CBC News. "Those taken together gives us a big opportunity to bring in a climate plan for the three countries … that is ambitious, that's rigorous, and can really lead the way for other countries to follow," she said.