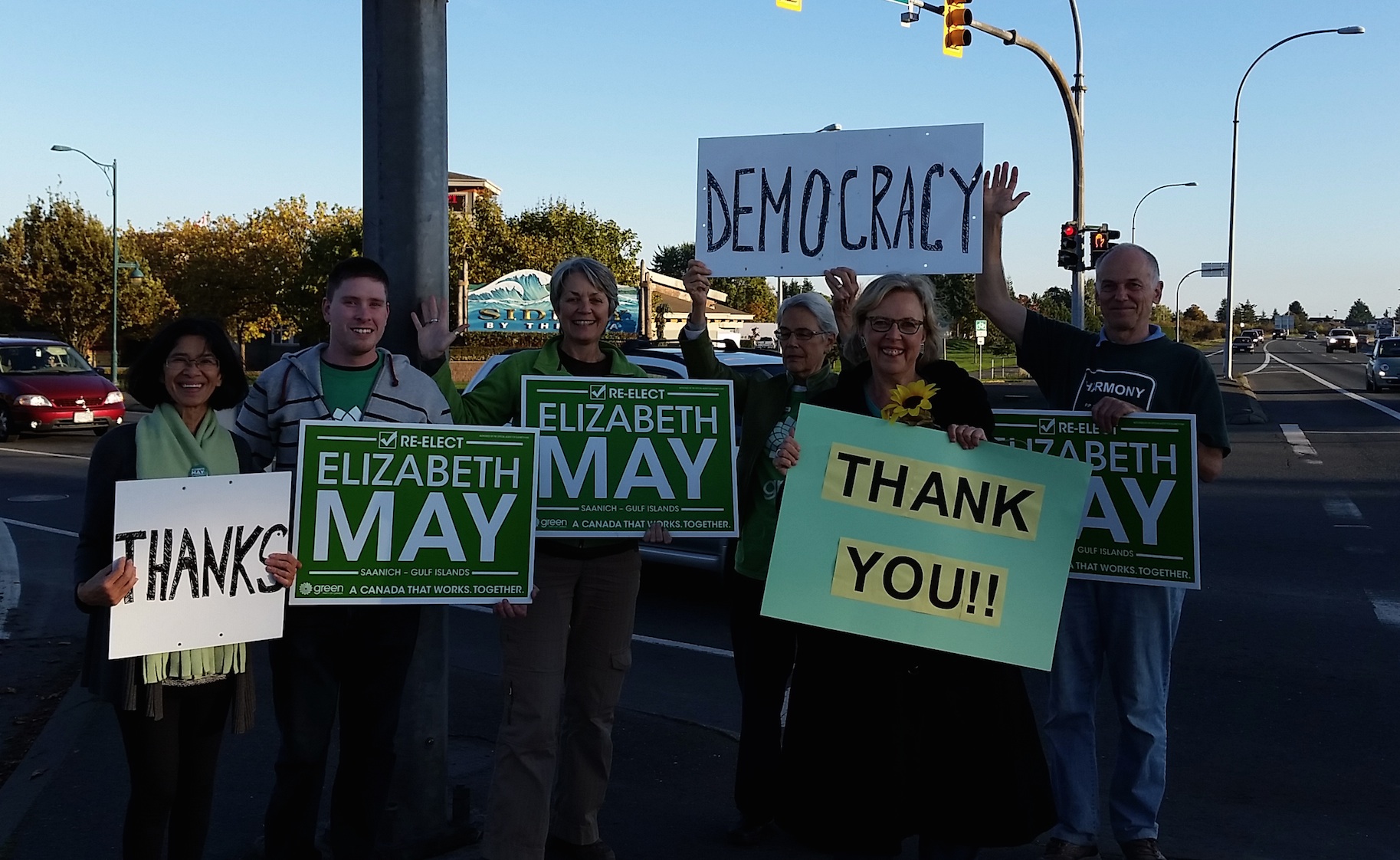 Congratulations and a big thank you to all the Green Party members, supporters, donors, and incredible volunteers who successfully re-elected Elizabeth May as the MP for Saanich Gulf-Islands.

Probably every person reading this email has helped to make this happen.  Whether you are a member of one of the 3,000 families that proudly displayed an Elizabeth May sign on your property, one of the more than 700 active volunteers who knocked on doors, put up signs, used social media, wrote letters, phoned, came to events or helped in one of the offices, or one of the 1254 donors to Elizabeth's campaign, you are part of her re-election.

If you talked to friends about how much you love the way Elizabeth' represents you; if you voted and encouraged others to vote, you are part of this supportive community standing with Elizabeth and giving her such a strong vote of confidence.

On Election Day, more than 225 trained volunteer scrutineer Candidate's Representatives observed the voting and the ballot count, supported by 40 volunteer drivers, 30 data entry and office volunteers and many phoners who encouraged and assisted supporters to get to the polls.  These volunteers were participating actively in the mechanics of democracy.

On all five islands, Salt Spring, Pender, Galiano, Mayne and Saturna, Elizabeth's supporters came forward to make sure she had a presence with signs, information tables and scrutineers. Islanders are among Elizabeth's strongest supporters. 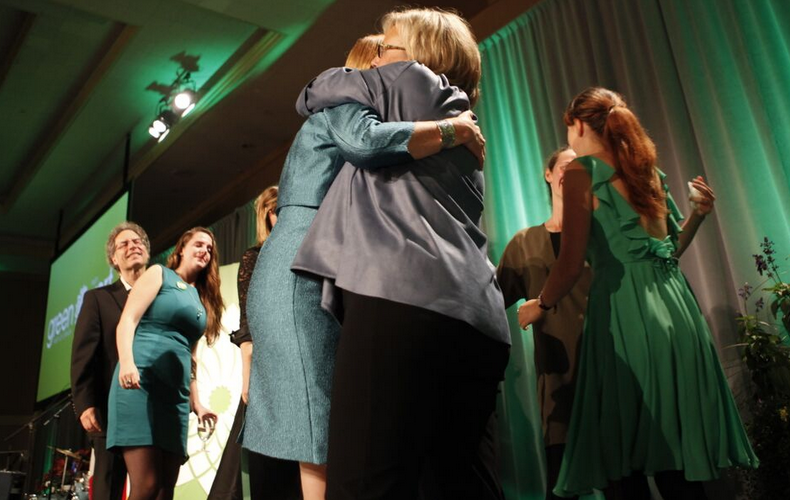 It is heartbreaking that no other Green MPs were elected.  So many exceptional candidates came forward, worked just as hard with all their campaign teams and volunteers, only to be disappointed on Monday.  Although they did not win, they increased the Green vote in their ridings, engaged volunteers, had fun and learned about campaigning.  Several are already considering the BC provincial election in 2017!

But let's look at what we have accomplished together.  In in Saanich Gulf Islands there are 83,970 of us on the Voters List.  68,076 of us voted.  Our voter turnout rate was 81%.  We didn't have the highest voter turnout in the country this time, but we were in the top 5 out of 338 ridings.  We obviously believe in democracy here. We want to be heard.  More than half of us, 54.5% of those who voted, 37,076, selected Elizabeth May.  The Conservative came second, but he was 23,813 votes behind!

The members of the core campaign team are humbled by the high level of your support and engagement with Canada's best MP and the democratic process.  We, the volunteers and everyone who participates, feel inspired by Elizabeth and by one another.  We thoroughly enjoy working together.  You accomplished something remarkable when you re-elected Elizabeth May on Monday. Congratulations to her and to all of us who support her in Saanich Gulf Islands.  In the words of the editorial in Tuesday morning's Times Colonist,

"While the results are certain to be a disappointment for the Greens, May's principled and articulate presence in the House of Commons will continue.  Parliament will be the better for that presence....Canadians are fortunate that the voters of Saanich Gulf Islands have sent Elizabeth May back to Ottawa".