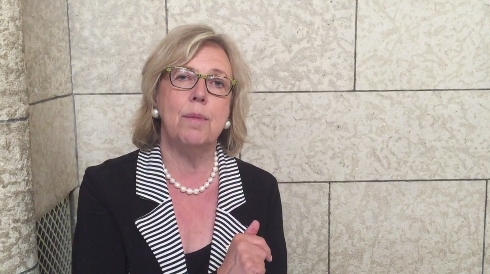 Marc Mayrand, Canada’s chief electoral officer, speaks to journalists following his appearance at the House of Commons Special Committee on Electoral Reform on July 7, 2016. Mayrand discusses the timeframe and the estimated $300 million needed for a national referendum on voting reform in advance of the 2019 election. He also answers questions on the two-year period required for Elections Canada to prepare a new voting system.