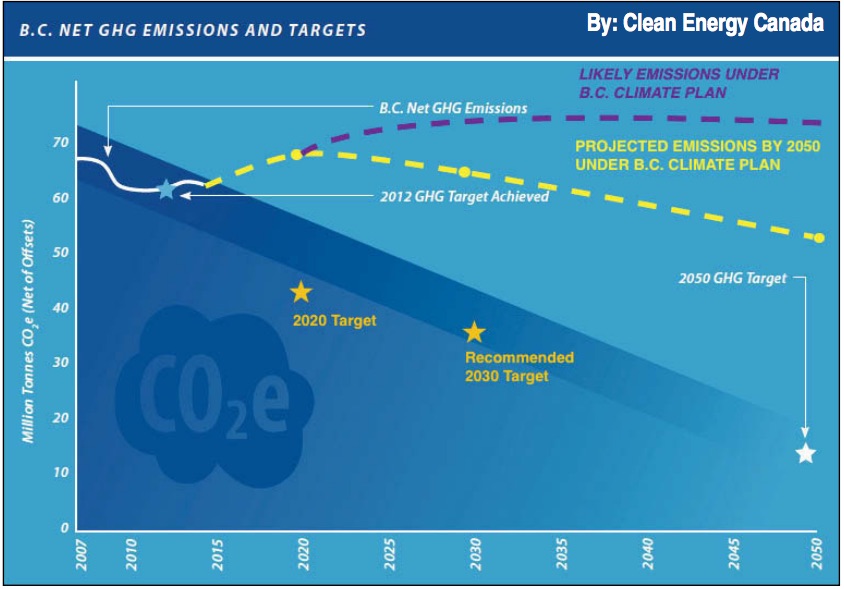 BC’s long awaited Climate Leadership Plan was released on a Friday afternoon in late August. The 52-page plan was at once met with criticism from environmental groups, policy experts and some politicians. They say the plan doesn’t include enough solid action and ignores key recommendations that were made by BC’s Climate Leadership Team. ‘Under the Climate Leadership Plan released today, carbon pollution will not start to significantly decline for almost 15 years —assuming all the reductions in the plan come to fruition,’ said Josha MacNab, the BC director of the Pembina Institute. ‘This falls far short of the level of ambition needed to reach BC’s 2050 target and leaves the hard work for a later day.’

The Details: Targets and Deadlines