What happened under Chapter 11 of NAFTA??

Chapter 11 of the North American Free Trade Agreement (NAFTA) was the first investor-state agreement among the US, Canada and Mexico. There is much to learn from analysis of this new type of agreement, but insufficient analysis has been completed of the arbitrations under Chapter 11 of NAFTA. Far from being of benefit to governments and their citizens, Chapter 11 has proven to fundamentally erode a government’s ability to enact laws, regulations and policies that protect its environment or the health of its citizens.

What is now so sanguinely defended as a “typical FIPA provision” was not the intent of the NAFTA negotiators.  I have spoken to a number of them who believed that the Chapter 11 language was only to codify what was clear in international law: that if a nation-state nationalized and expropriated the assets of a foreign corporation, then compensation was owed. 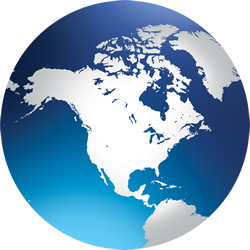 The first of the Chapter 11 suits was in 1997, when Ethyl Corporation of Richmond, Virginia, challenged a Canadian statute that had been democratically enacted to protect Canadians from Methylcyclopentadienyl Manganese Tricarbonyl (MMT).  Ethyl said its investor rights had been violated, and even claimed damages for the debate in the House of Commons, which it claimed had hurt its reputation.

MMT is a neuro-toxic gasoline additive that posed both health and environmental problems. It was compromising the catalytic converters on Canadian cars, alarming car makers about the potential for voiding their warranties, while also increasing air pollution. As well, its impact in the atmosphere raised concerns it could have neuro-toxic effects on particularly vulnerable populations – children, pregnant women and the elderly.  The same company had manufactured leaded gasoline since the 1920s.

The public health experience with leaded gas demonstrated conclusively that if one wanted to increase absorption to the brain of a toxic heavy metal, adding it to gasoline was an effective delivery method.  The public health toll of Ethyl Corporation’s core business has never been fully calculated, but certainly includes a multi-generational impact of lowered IQ, particularly in urban centres.  A recent study on the phenomenon of a widespread drop in violent crimes suggests it was due to finally banning leaded gasoline.  In other words, a likely side-effect of the use of leaded gasoline was violent urban crime.

First Use of Chapter 11

Ethyl Corporation’s creative use of the “tantamount to expropriation” language of Chapter 11 was a surprise to the trade and investment community.  At the same time that Ethyl Corporation issued its Chapter 11 challenge, there was an effort through the Organization for Economic Cooperation and Development (OECD) to adopt an international version of Chapter 11 under the name “Multilateral Agreement on Investment.” The OECD chose to consult with global civil society and, as Executive Director of Sierra Club of Canada, I attended a 1997 session with OECD negotiators in the palatial Paris headquarters of the OECD.

The session was under “Chatham House Rules,” meaning what was said can be repeated, but not who said it.  It was clear that the negotiators within the OECD working on the MAI were shocked that a US-based corporation could use Chapter 11 “tantamount to expropriation” language to claim damages from Canada for the decision to remove a toxic product from trade.  The collapse of the MAI negotiations was proximately related to concern of the French government for protection of its culture, as well as a massive international citizen mobilization, but the Ethyl MMT complaint was a warning of the way the language had morphed into something with the potential to undermine democratic decision-making.

Sensing a defeat in arbitration, and, in my view making a serious mistake, former Prime Minister Jean Chretien ordered Canadian negotiators to organize a settlement.  Canada repealed the law we had passed, issued a public apology to Ethyl Corporation and paid out $13 million (US) to Ethyl Corporation.  The monies were taken from the base core budget of Environment Canada.  And that certainly delivered a message to the civil servants responsible for banning the toxic additive. 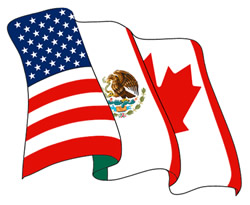 As a result, where the US Environmental Protection Agency (EPA) had refused to permit its use based on health concerns, Ethyl Corporation won a court case on a technicality calling for its registration. The head of the US EPA announced she was allowing its use “under protest.”  US law makers continued to fight against use of MMT there, and US refineries pledged to reject its use.  But Canada had apologized for doing what the US government had also done.

Barry Appleton, Canadian lawyer for Ethyl Corp, said at the time, “It wouldn’t matter if a substance was liquid plutonium destined for a child’s breakfast cereal.  If the government bans a product and a U.S.-based company loses profits, the company can claim damages under NAFTA.”

Following the decision of former Prime Minister Jean Chretien to push the MMT matter to a settlement prior to the arbitrators’ ruling, a second Chapter 11 case was brought by S.D. Myers of Ohio, complaining of the impact of the ban on export of PCB contaminated waste from Canada.  S.D. Myers, also represented by Barry Appleton, had hazardous waste incinerators in the US. It had none in Canada, so the term “investor” was a stretch. This matter went to arbitration and Canada lost.

The S.D. Myers ruling is notable for several reasons:

I always felt that last point suggested that required reading for understanding these investment deals was Lewis Carroll.  How could Canada lose for banning PCB exports to the US when importing PCBs to the US was illegal?  However, lose we did.

The S.D. Myers case should be a clear warning to anyone looking at the Canada-China Investment Treaty that international arbitration can come to bizarre conclusions. Chapter 11 of NAFTA has had a higher proportion of environmental law challenges than in other areas of public policy.  Mexico lost to Metalclad, a US-based hazardous waste disposal company that wished to locate a large toxic facility in San Luis Potosi. The state level government rejected the application and the federal government of Mexico was successfully sued.

It must be stressed that the nature of the full environmental impacts of Chapter 11 of NAFTA has never been assessed.  The chilling effect of the Ethyl Corporations and S.D. Myers was profound.  I am aware of a letter warning Alan Rock when he was Health Minister that removing the registration of  pesticides for use in lawns for cosmetic purposes could give rise to Chapter 11 suits, so the move was not made.  We have no way of assessing the “chilling effect” of the Chapter 11 cases that Canada has lost. In my opinion, there is a compelling case that the Ethyl and S.D. Myers case have resulted in failures of the Canadian government to regulate and/or ban toxic substances that they would have in the pre-Chapter 11 era.