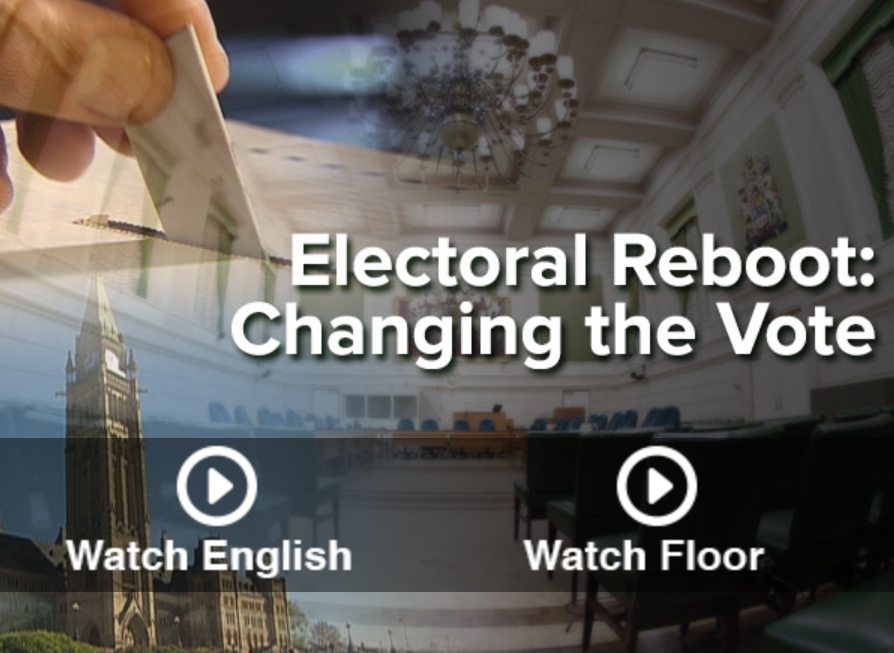 "Electoral Reboot: What you need to know as MPs consider how you elect them" Including: Canada’s current voting system and some alternative options, key facts on the debate, the committee and more...

The Essentials - key facts on the political debate over voting reform,

The Committee: Learn about the group of MPs tasked with studying reform options...

Referendum recap: More on the referendum debate in Ottawa and three provincial precedents

The courts and constitution: Will electoral reform end up in the legal arena?

Around the world: How other countries elect their legislatures.

and more... Go to http://www.cpac.ca/en/electoralreform/ to catch you up

We can all be part of this opportunity for this historic change in our democracy...
Elizabeth May often reiterates New Zealand Greens Leader James Shaw's statement:
"Canada has ‘once-in-a-generation opportunity’ for proportional representation."