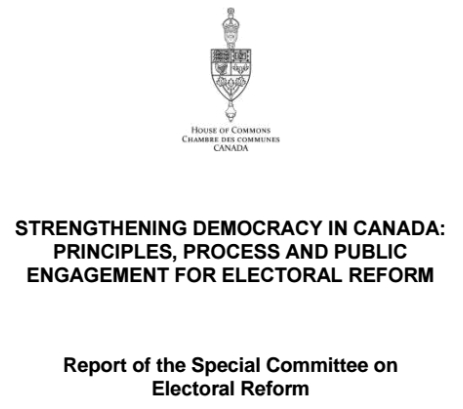 The report, an unprecedented document that compiles the best public and academic evidence available, will be an important milestone for reform. It confirms that the overwhelming majority of those who testified to the Committee favoured proportionality.

Further, it tasks the government with designing an electoral system according to specified guidelines which will achieve acceptable levels of proportionality. By 2019, in the words of the Liberal Speech from the Throne, ‘every vote will count.’

Watch the press conference held by the committee upon the release of the report.

Read the full text of the report.