Solar is digital - Oil is analog 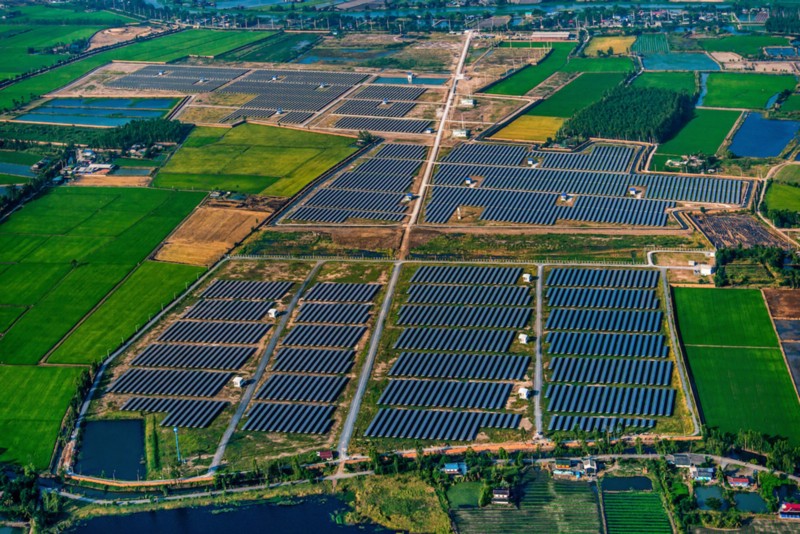 When IBM first decided to get into computers their board of directors were famously told that it would be a great investment because there was a potential world market for as many as 8 or 9 of these wonder machines. It was the early days of a global shift from analog to digital domination in the information sector of our economy.

That same shift has started to pick up steam in the energy sector. Bloomberg, the Saudi's, India, China, Europe and many smaller players are all promoting investments in alternative, non carbon, energy solutions. Bloomberg New Energy Finance is now predicting that by 2040, the world will invest an astonishing $3.4 trillion in solar. That’s more than the projected cumulative investment of $2.1 trillion for all fossil fuels — and $1.1 trillion in new nuclear — combined. The reason? Solar is digital, oil and nuclear is analog. Like other digital technologies the price of solar will continue to drop and innovation will accelerate. The only "innovation" in fossil fuels has been in extraction methods and they can hardly be classified as improvements. 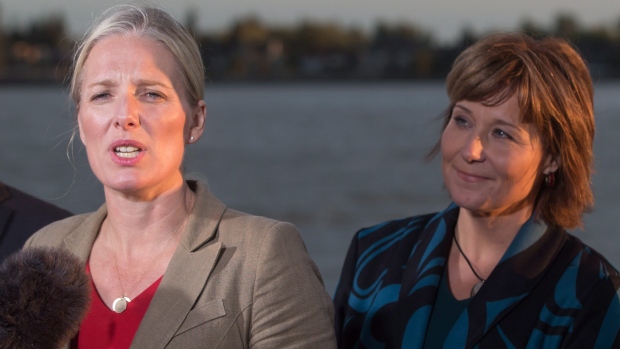 The point was made at an Electoral Reform Committee Hearing the other day that false majority governments are considerably more vulnerable to corporate lobbying pressures than diverse coalitions or consensus based minorities. Makes sense. If a false majority decides to consolidate power in the PMO the lobbyists only have to persuade one solitary group of power brokers. Simple, targeted, effective. It's a little harder with a Prime Minister that has committed to government by cabinet but there is still no need to lobby the opposition parties.

And so Minister McKenna found herself standing at a press conference defending the analog decision to approve the Petronas backed LNG project in BC, pointing out that it needs to meet the 190 legally binding conditions before it goes ahead. Of course it also needs to make economic sense and that is looking less and less likely as this Financial Post article points out. World markets are shifting faster than fossilized politicians are prepared to admit.

In the introduction of this week's "The House" on CBC Radio, Chris Hall said it looked like a bitter pill to swallow for Catherine McKenna. On the same program Elizabeth calls it devastating. "We have a very large problem here that runs much deeper than politics. It has to do with the contamination of our entire regulatory system so it has been reprogrammed to approve anything." 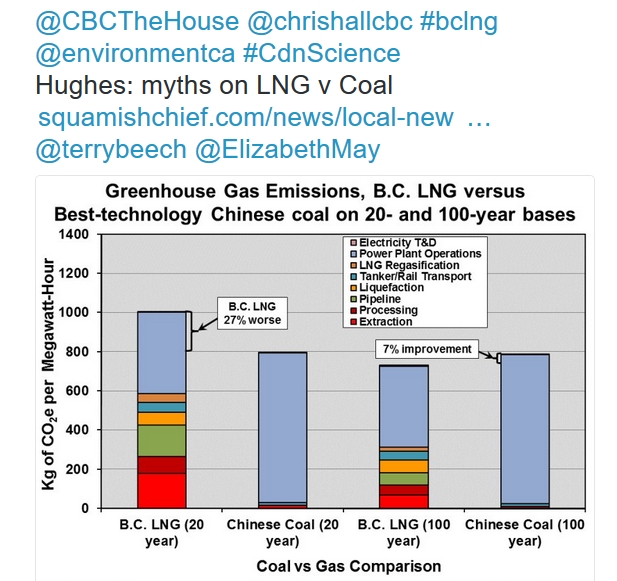 Canada showed great leadership in Paris. Minister McKenna did a great job. But you can't square that with our current Harper targets. We are at the moment of truth and we must reduce Greenhouse Gasses. And fracked LNG is not cleaner than coal. "This is the second LNG project that the Liberals have approved in BC against the science and against the best information." Elizabeth tells Chris Hall. "It's not that the ministers understand the science and think they are going against it, I actually think the ministers have been mislead into thinking that they understand the science when in fact they're ignoring it."

"These resources are precious, non-renewable and come with collateral environmental impacts. They demand more balanced stewardship in view of the needs of future generations of Canadians." David Hughes writes in this report to the Canadian Centre for Policy Alternatives. He advocates a Canada first approach that echoes Elizabeth's repeated call. Building pipelines to tidewater so we can ship Canadian Jobs overseas makes no sense. Economically, Environmentally or politically.

And that is the message we have to continue to send to cabinet. This is not the time to write them off. This is not the time to give up. This is the time to intensify what we do best as Greens. This is the time to offer alternatives. Send articles, videos, research documents and market analysis directly to members of Cabinet. Tell them you know they can do better. Show them that there are alternatives to the fossilized thinking of their departments. It is important that they know that you know that they know the difference between science and spin. Demonstrate that Canadians care.

And speaking of caring, in case you missed the fun in Victoria last Tuesday here is a short video clip of some people who really care about Electoral Reform. At the rally in front of the hotel, Elizabeth reminds us how different the world would be today had we had PR in 2005. There are still a few ways to engage with the the Committee but you only have until Friday to send in your comments by taking this survey. It asks general questions about what’s wrong with our current voting system, what qualities you want in a new system and what you think of the various options.

Tomorrow Elizabeth will be in Montreal and then it's off to the Maritimes and Newfoundland. Please don't forget to support her on twitter. Drop in and quote re-tweet once in a while just to let her know you are with her in spirit. Elizabeth is working tirelessly to make our democracy better.

See you there,
Thomas