I started drafting this issue on Friday morning, at my billet in Fredericton where I have been welcomed once again by the warm embrace of our Green family. Last night's event was the 9th in the 'Unity Tour' that has now grown to 10 stops across the country. The conversations have been engaging, personal and extremely thoughtful in their content. The decorum has been respectful, appreciative and warm. In most of the venues, including last night, we found ourselves seated in a circle, making it easy to see one another as we shared our stories and perspectives.

In addition to the discussion papers that are posted on the who-we-are web page, we started to unpack three topics that deserve considerably more exploration than they have been exposed to in the past; Responsibility, Consensus and Leadership. I have touched on two of these subjects in past GSM emails, which thankfully are now available for review in the archive section on the web site.  The issue of Responsibility deserves a little more air time and I think it appropriate to explore it here.

This past week Prime Minister Justin Trudeau has received a lot of heat for the $1,500/plate Liberal fundraiser that featured him as a main attraction. It's a tried and proven strategy that is as old as partisanship itself. And it's not just about access. Surely if a legitimate business trade relation was in the offing a direct meeting with the principles would be more productive. And surely there is nothing wrong with building relationships with your trading partners. What doesn't sit right with people is the idea of a party fundraiser that hinges on the expectation of making contact with the top decision makers of our government.

With the mantle of leadership comes responsibility. And as prime minister his responsibility, indeed his constituency, reaches far beyond the 300,000 people who registered with the Liberal Party to elect him as their leader. In his case it even reaches beyond the almost 7 million voters who, to use David Coon's line, "put their vote in his care." As prime minister he represents all Canadians. And with that privilege comes a responsibility that he must not appear to use his influence for strictly partisan purposes. By participating in (or succumbing to) the oh-so-tempting cash-grab by the Liberal Fund Raising Machine, Justin Trudeau has squandered some of his political capital of credibility.

Responsibility and credibility are intrinsically linked. We heard it often at the doorstep while canvassing during the last campaign: "I'm not much of an environmentalist and don't know much about the Green Party but I'm voting for Elizabeth May because she works hard and has earned my respect." Roughly 55,000 people in Saanich-Gulf Islands did likewise. The thing is, we only have 1,300 Green Party members in the riding. It's not news and it's not rocket science but Greens do not elect Greens. Greens did not elect Elizabeth. Citizens across the political spectrum elected our MP and she honours that every day by offering her constituents prompt and friendly, non-partisan service. 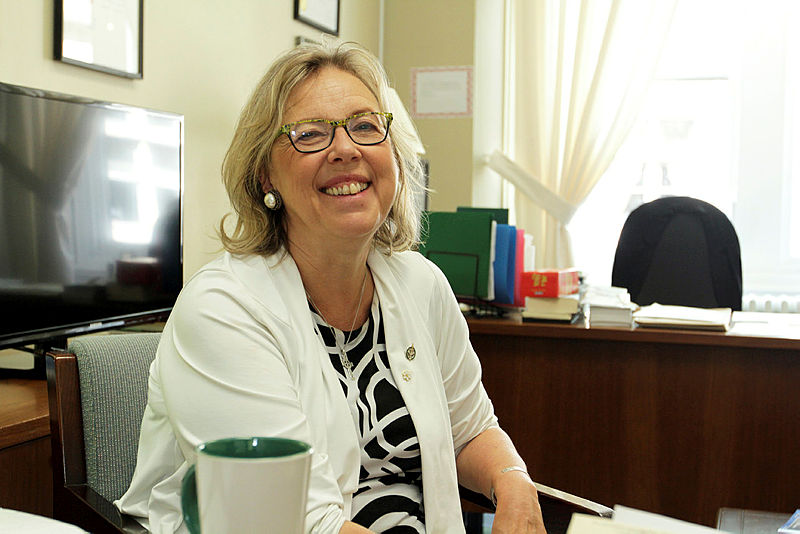 Next weekend we have an opportunity to do just that. I probably won't have time to write this blog since I will be in Calgary with over 300 other Green Party members attending our Special General Meeting. Many have been recruited specifically to influence a single issue. However, assuming that the ERRE committee will have presented its recommendation as scheduled on December 1st, we will address ourselves to three general areas;

The impressions of this Unity Tour will be fresh in my mind:
- The deep concern, by those not able to make the trek to Calgary, that their voices will not be heard;
- The tear-filled eyes of those who fear that our disunity and frail processes might cause us to loose our leader;
- The determination of those who are intent on claiming this as a teachable moment to reflect on who we are, how we govern ourselves, and how we insure that our actions fully align with our values;
- And the confirmation that to be responsible we must insure that all our policies represent the considered will of our entire membership and not just those that can afford to travel to convention.

It has been suggested that the need to review our processes for policy making is far greater and more far reaching than what can be accomplished in a single meeting. But the consensus is that this process must start now. It was even suggested that maybe we should have our very own ERRE style committee to gather the experiences from other Green Parties across the country and around the world.

As a starting point, here are some of the results of the straw poll I took at the 'Unity Tour' events:
- Of the roughly 150 attendees so far (representing ~30 EDAs) that chose to rank the three priorities, 94% chose #3, a political paradigm shift that reaches across the socio-political divide.
- Of those, roughly half made this their only choice while the other half ranked their second choice as a political machine or a protest party in a 60/40 split.
- While many felt that we will always have an affinity with our genesis as a protest movement and we should have enough of a machine to assists us in winning seats, the overarching sentiment is that we need to focus on our responsibility to offer Canadians a real alternative to the old political paradigms.

Yesterday morning I was going through airport security when an agent spotted the "Elizabeth May - A Canada that Works - Together" sticker on my cell phone. "Are you an Elizabeth May fan?" she asked. "Yes I am, I work for her," was my answer; to which she immediately replied: "Do you think more people would support her if she was not running under the Green Party?" I answered with a question: "Do you?" "Yes, actually I do."  Exchanging a few more words before the line shuffled along made it clear. To this random voter, on the other end of the country, Elizabeth May had a much broader range of appeal than the Green Party of Canada. It's a gift that we squander at our peril. It's an opportunity that we can leverage to our advantage. 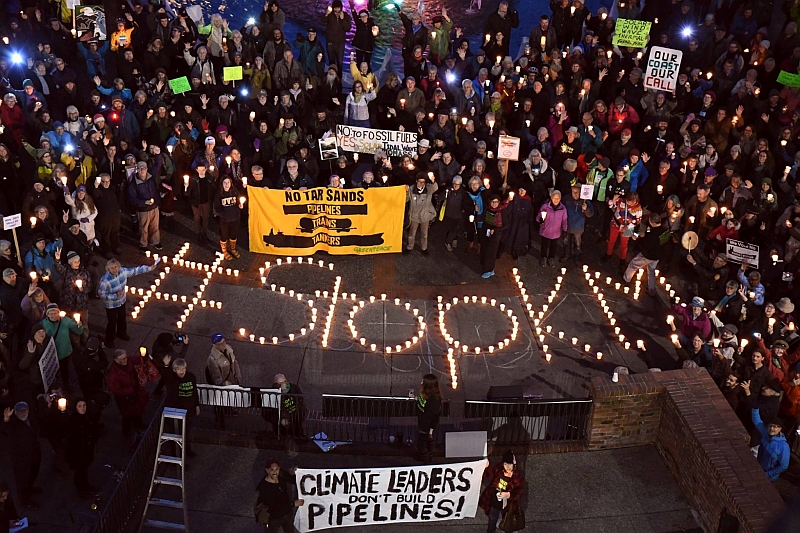 Elizabeth can teach us is how to support a leader with such broad public appeal who works hard on behalf of not only her constituents but the whole country. The issues we championed during the campaign remain front and center on the Canadian political stage.  Two weekends ago Elizabeth participated in the Kinder Morgan march in Vancouver and declared herself ready to face arrest should this pipeline actually be approved. Last Sunday she postponed her flight to host an old friend in her riding. Almost 200 people attended the event including a few of the fabulous BC Green Candidates gearing up for the spring election. After Maude Barlow spoke, Elizabeth took the red-eye to Ottawa to meet her responsibilities as an MP and ERRE committee member the next morning. And unlike me, she doesn't even sleep on the plane.

Now in her second term as a Green MP, Elizabeth can help us learn how to align our objectives so the work of parliament is synchronized with the work of the party. If we agree that Elizabeth personifies our most treasured values of authenticity, respect, and an unwavering commitment to build bridges, she offers us the opportunity to develop and test all these skills and support systems before we secure a caucus under proportional representation. But as Constantine Kritsonis clearly stated in the first of 20 BDS town halls organized by Dimitri Lascaris, there are people anticipating the opportunity to replace Elizabeth. Therefore it's up to us, the grass roots membership of the party, to choose our path forward. It's up to us to support the leadership we believe in.

If you are not going to Calgary, connect with someone who is. We don't have a delegate/proxy system yet, but if you share how you feel it might give them the confidence to stand at the mic and represent more than just their personal view. And if you can, take the time to write federal council. They need your support too. Decisions are made by the voices in the room and your voice matters.

PS. There is a Federal Council meeting today that you can join as an observer if you are a member.