Amid the roller coaster ride that Tesla's stock price is on, one annalist points out that Tesla will be a major player in a $2 trillion autonomous taxi market. A two trillion dollar Taxi market! That's three times as big as the total sales of the three largest automakers in the world; Volkswagen, Toyota and GM - combined. This week the Financial Post caught on to a study that was presented last year and that Elizabeth alerted us to over the Christmas holidays. It was made by Stanford University economist Tony Seba. His report, with the deceptively bland title "Rethinking Transportation 2020-2030", has gone viral in green circles and is causing spasms of anxiety in the established industries. "We are on the cusp of one of the fastest, deepest, most consequential disruptions of transportation in history." 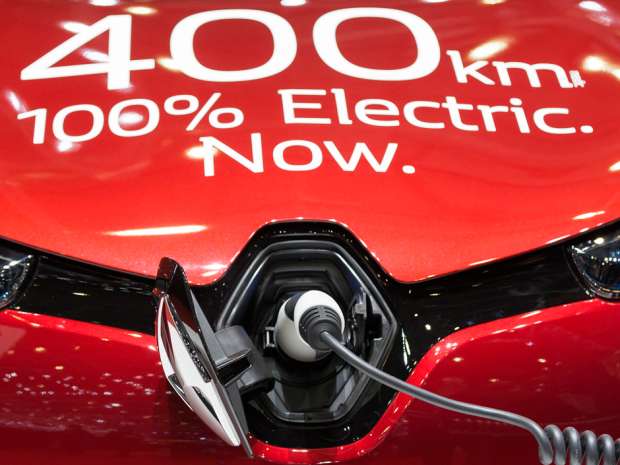 This emerging market will be based more on the technological model offered by Apple and Amazon than the industrial model one would expect. As Seba points out the new autonomous electric vehicles are not computerized cars but rather smart phones on wheels. Tesla has already set the standard by upgrading features in their cars regularly with a simple (and automatic) software update. Since electric cars have 80% fewer moving parts than Internal Combustion Engine cars (ICEs), once you make them autonomous and add the technology of UBER-like ride sharing, city dwellers the world over will find car ownership obsolete. Seba predicts up to 80% fewer cars on the road and that all fossil-fuel vehicles will vanish in 8 years resulting in a twin ‘death spiral’ for big oil and big autos.

This super convergence will have global implications but it will also require that we Canadians rethink our economic foundations. The auto industry directly supports over 550,000 jobs and the oil and gas sector employs another 200,000. Most of these will be phased out by emerging technology, automation and a global commitment to holding to the Paris targets of 1.5 degrees. Mercedes is already following Tesla into the home battery market and is leading the way for wireless charging systems. Things are changing fast and 8 years is not a lot of time.

That's why investing in outdated infrastructure like pipelines to prop up a dying carbon industry is reckless even before you consider the environmental implications. Once the risks to our ecosystems are added, the decision to move forward on projects like the Kinder Morgan Trans Mountain pipeline amount to criminal negligence. Not only do they divert precious resources from the areas of our economy we should be focusing on but they arguably create a public liability that serves to deceive people into thinking that dilbit has a future, and pretty much hangs all of us out to dry. 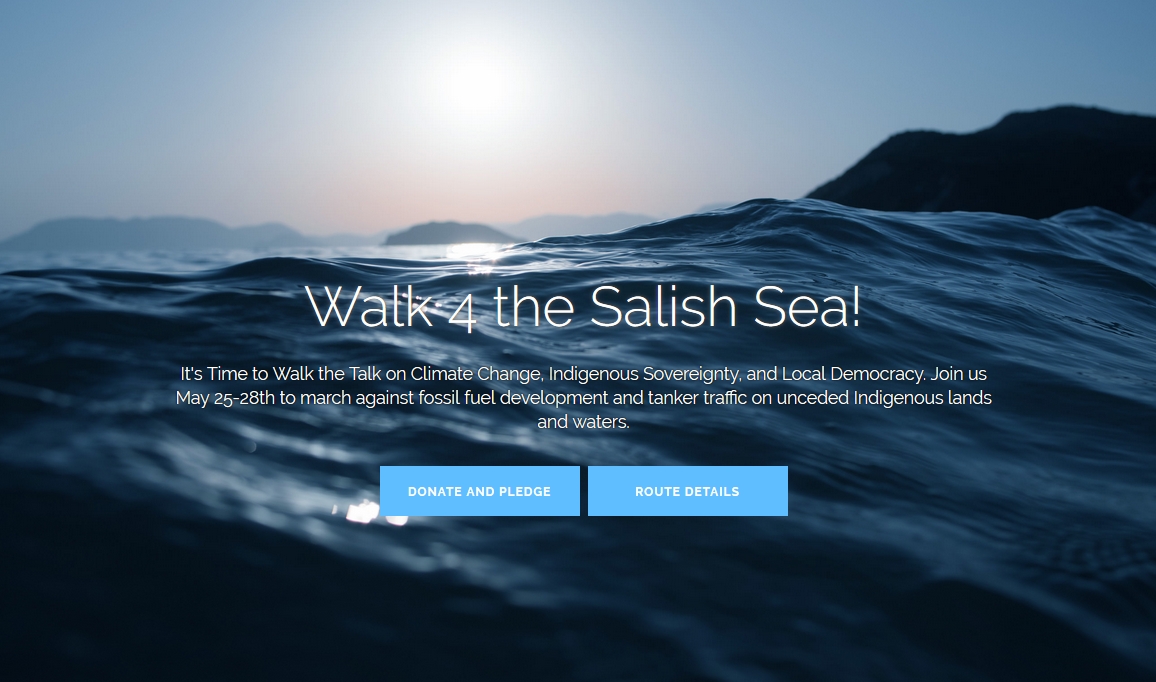 That's why so many will be walking for the Salish Sea next week in a four day protest march that will draw attention to this fallacy. That's why the North Vancouver EDA sponsored a workshop recently entitled "Kinder Morgan - Economic Boon or $7.4B Boondoggle?" which they recorded for us to share. Please participate in the walk if you can. Elizabeth will be there and so will many of your friends. If you can't walk, sponsor someone. Proceeds will support the First Nations' legal challenges that currently are all that stands between us the people and this disastrous project.

In a fantastic blog post to be published shortly, Elizabeth puts it into context: "The approvals of projects that increase GHG are the political trade-off for a carbon price. And now we have the details for the backstop carbon price for any province that does not develop its own pricing mechanism by 2018.  While consumer energy – gas at the pump and home heating – will have a weak $10/tonne price in 2018, the biggest polluters in the country are off the hook until 2019. And then, it is not a price per tonne.  The biggest polluters – the 563 facilities that produce 37% of Canada’s GHG emissions – will be paying on the basis of energy intensity.  This concept – invented by the first President George Bush - means that the target is set per unit of production, so as production goes up, even if the amount of carbon per unit drops, GHG emissions can rise while we celebrate a carbon price.

"Every time I hear Jim Carr or Catherine McKenna or Justin Trudeau say “Environment and Economy go hand in hand,” I know that the statement is true. It means we can invest in clean tech and renewable energy and energy efficiency and boost the economy while driving down GHG emissions. But that statement no longer applies to the Liberals’ climate plan.  You might as well be saying 'Going on a diet and eating chocolate cake go hand in hand.' These are contradictory.  They cannot go hand in hand."

Yesterday Catherine McKenna stated in this interview on CBC's The House that "The whole world is moving on and it's unhelpful when governments or politicians say we're not going to do anything, we are not going to be serious about moving forward. It's the right thing to do for our planet and for our kids but it's also the economic opportunity and we don't want to be left behind." I could not agree more. And yet the Auditor General is fed up with the continued stonewalling on the reporting of this government's progress to eliminate fossil fuel subsidies. It seems some get it and some don't. 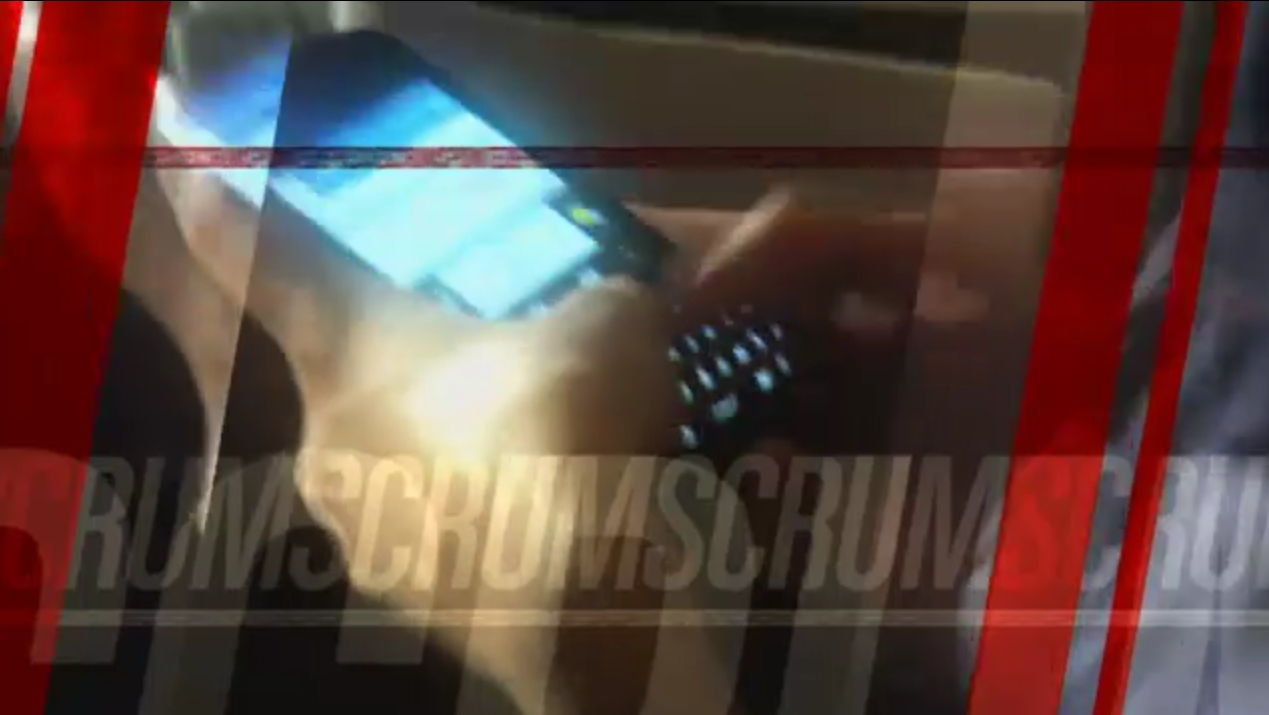 Elizabeth was clear in her press statement: "Today's Auditor General report is shocking. The theme seems to be a consistent denial of access to information by the Department of Finance, despite the Auditor General’s entitlement to all necessary documents. It was unprecedented for the AG to receive a Strategic Environmental Assessment with virtually all useful information redacted. The phasing out of fossil fuel subsidies was a key Liberal platform commitment, yet Mr. Ferguson was unable to obtain even the most basic information about how those subsidies are being calculated, and what, if anything, is being done to eliminate fossil fuel subsidies in the coming years.

"Today’s Order-in-Council, which will grant the Auditor General access to confidential information dating back to November 2015, will still not allow the A-G to complete this audit. Estimates of federal and provincial fossil fuel subsidies are somewhere in the range of $1 to $3 billion annually. We have to clearly identify and shift these perverse subsidies towards building a sustainable economy. This is what Canadians voted for, and they expect this administration to follow through. The first rule of holes: you can’t get out if you keep digging."

Old style politics just does not seem up to the task of getting us out of this mess. We can't wait around in four year increments for yet another new king to dictate the trajectory. We need good legislation debated by thoughtful parliamentarians from across the political spectrum now. Elizabeth clearly is one of those thoughtful parliamentarians. She contributed to a recently published book, "Turning Parliament Inside Out" that addresses the dysfunctional structure of our current processes. In this interview on The Current with Anna Maria Tremonti she joins the other contributors, members of the other three political parties, in a frank and open discussion on how to reform Parliament. Definitely worth a listen.

It's clear that under our current system the NDP, the Liberal and the Conservative party strategists remain paralyzed in the face of this technological upheaval. Their base is entrenched in the old economy and they are locked in the paradigm of either attaining or maintaining their grip on power. Every position, every policy, every discussion seems based on scoring political advantage in the next election. That makes it all but impossible to reach beyond partisan divides and embrace this incredible future. 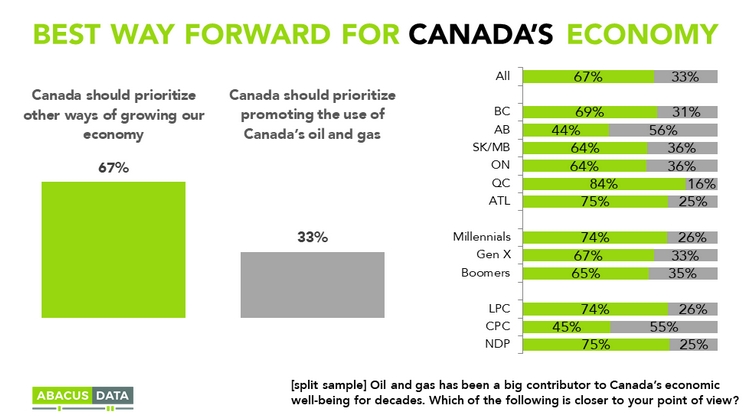 The public is way ahead on this. A recent Abacus Data survey found that "By a two to one margin, people favoured the more diversified approach, including 3 out of 4 Liberal and NDP voters. Among Albertans and Conservatives, opinion was almost evenly split. Millennial voters are 9-points more likely than baby boomers to want something other than a priority on oil and gas. Three out of four (74%) people believe 'if we are smart and thoughtful in how we plan a transition away from fossil fuels, Canada’s economy can be even more successful in the future'. Most Albertans (64%) and Conservative voters (61%) agree. Only 26% across the country believe that no matter how hard we try, Canada’s economy will suffer in the future if demand for oil and gas is replaced by demand for other types of energy."

Perhaps that's why once again, in this week's fabulous "week in review" published by Elizabeth's parliamentary office, the primary focus is on Electoral Reform. Elizabeth recognizes that to solve these challenges we need all hands on deck. We can't put our faith in the back room operatives and party brass. We need a climate where representing the needs of the people is paramount. Among many other wonderful tidbits it has the video of the "Keep Your Promise" event that Elizabeth and Nathan Cullen co-hosted in Ottawa last week. It stresses that there are only two weeks left to convince 20 Liberal MPs to stand on the right side of history and help Justin Trudeau not only keep his promise but secure his legacy. He could give Canada a fair voting system for our 150th birthday. 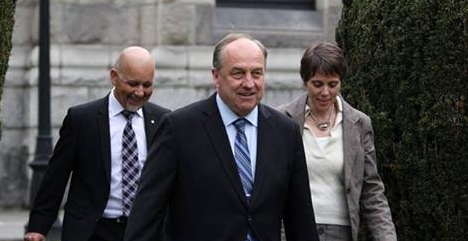 Perhaps it's also why Andrew Weaver has made it clear that his top priority is to get big money out of politics and make Proportional Representation a reality in British Columbia. Here in BC we have an opportunity to govern within a new paradigm that steps over the carnage of winner take all, dictatorial politics, and recognizes the need for parliamentarians and legislators to work together for the benefit of the people and future generations.

How we do politics matters. That's why I want to remind you of an email you might have received on May 16th. It was a ballot form our national party to vote in this year's federal council elections. Please exercise your democratic right. The subject line of the email was "Green Party of Canada's Federal and Young Greens Council Election Voting Now Open". If you are a member of the Green Party please search for it. It contains your password. And while you are at it, please also mark your calendar for June 10th when our Saanich-Gulf Islands Green Party of Canada Electoral District Association will hold it's Annual General Meeting. For all you acronym hounds, that's the SGI GPC EDA AGM :)

I want to close today's missive with these thoughts. If the results of BC's provincial election have demonstrated anything it's this: Your voice matters. Your actions count. We live in an accelerating world and the stakes could not be higher. We don't have a choice. That's where we are. We can stand on the sidelines and complain about events, how things are moving too fast, how no one understands, how corrupt everything is. Or we can get involved. There are many opportunities to grab hold of our future and help lift it to new heights. Our EDAs and riding associations offer tremendous communities to do just that. Democracy is too important to be left in the hands of politicians. Especially since our children will live with the consequences of their actions and omissions.

Working together, we can embrace the new economy, meet the 1.5 degree targets and build a future we can all be proud of.

Hope you have a fabulous long weekend.