Pride and Gratitude on Canada Day 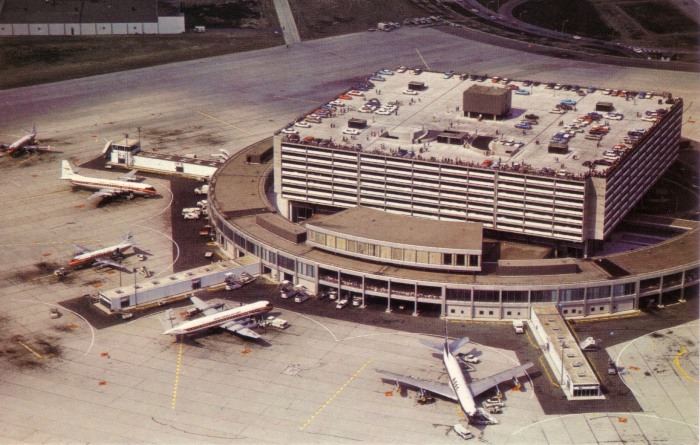 My uncle Paul was happy to drive us to the airport in Frankfurt. He and his co-driver Helmut specialized in long distance taxi fares. "So Margaret," he asked his sister a short while into the trip. "How much money do you have on you as you embark on this journey to emigrate to Canada?" It was the summer of 1968. A nasty divorce had decimated our thriving family business, forcing this former executive manager to work at a clothing store in the Bavarian Alps: "Money? I have no money. I cashed in the last of my pension to scrape together the one way airfare for the kids and I."

When we arrived at the Toronto International Airport, the money Paul and Helmut had won for us at a casino en route to Frankfurt, was a godsend. It covered the landing fees for the three of us with just enough spare change to pay for parking my older brother's Ford Fairlane. Having not seen him in almost two years we were overjoyed to be reunited. I'll always remember the first instructions he gave me as I climbed into the back seat, "Don't step on that bundle of newspapers on the floor, it's covering a hole that has rusted through the chassis."

And so my journey in Canada began with the thick and humid Ontario summer air rushing through the open windows as we drove down the 401, the biggest highway I had ever seen. From the room where we lived in the basement of a lawyer's family near High Park, to my first factory job at Canadian Velcro, to studying for the exam on Canadian governance I had to pass to earn my Canadian Citizenship, I traveled the road of many an immigrant. Last year my heart went out to all those refugees from Syria and to those who were so desperate to find a safe home that they braved the bitter elements in Manitoba and Quebec. Merging my own experience with the stories my family told of walking across Germany to flee Russian occupation at the end of World War II, I knew, that much like I, these new arrivals would become proud Canadians. 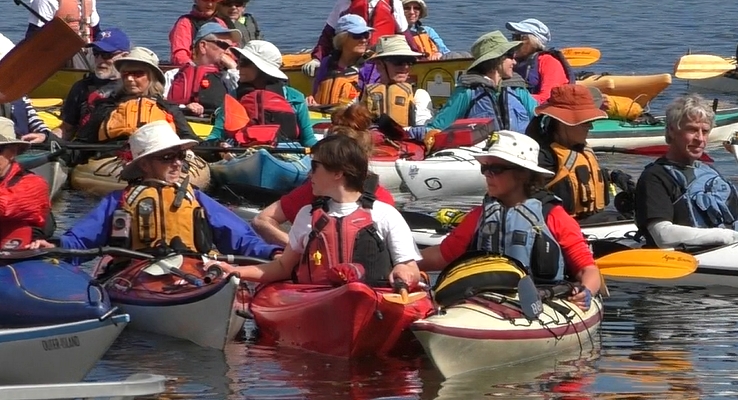 Of course being a proud Canadian is not the purview of immigrants. Perhaps none of us deserve to carry ourselves with more pride than the long time stewards of this great land, the peoples of our First Nations. Last Wednesday, on National Aboriginal Day, I was witness to some of that pride when we were honoured to be welcomed into a traditional Coast Salish Longhouse by the elders of the Tseycum First Nation. It started with a ceremony at the Tsartlup boat launch that included speeches, song and prayers. All the kayakers raised their paddles in respect. We then joined the elders as we crossed the Saanich Inlet in a symbolic demonstration of unity against the proposed LNG facility before gathering at Tseycum for a potluck.

For months now our SGI Events Team has dedicated itself to supporting the efforts of the Saanich Inlet Network and the First Nations community to stand against the Steelhead LNG proposal. During the election it was said that this will never happen and yet there are immediate plans to drill test holes for the pilings that are intended to secure what amounts to three floating liquefaction plants of massive proportions, perhaps twice the size of a US aircraft carrier. This blog on the Saanich Inlet Network makes the link between this and the Investor-State Dispute Settlement (ISDS) agreements Elizabeth talked about at the German Green's AGM in Berlin last weekend. Interesting how it all links together and how the ISDS in NAFTA might make it possible for proponents to lay claim to lost profits if we terminate this project too late in the process. So to make sure this project doesn't happen, we need to be diligent and stand united.

What struck me at the longhouse was how eloquently the elders combine the traditions of the past with a deep commitment to preserving what we have for the generations of the future. One after another they stood up to speak and express their deep gratitude that we were prepared to sincerely stand with them to protect and preserve our home. The faint smell of smoke, the earthen floor and the fire pits at either end of the longhouse reinforced the stories of long-standing traditions in this sacred place. It occurred to me that above all, this long range view, this lens of multi generational equity, is the gift that First Nations offer our culture of instant gratification. It is through that lens that we can see the value of lessons learned from our neglect. It's through that lens that we can see the value of considering the long term implications of our actions.

It seems that Elizabeth was looking through that very lens when she said this in her recent Householder which she regularly mails to all the homes in her riding: "For over 900 years the Haudenosaunee Confederacy had operated under the Great Law of Peace. As John Ralston Saul explained in A Fair Country, Canada could have looked to this extraordinary model; one that included separation of powers with a balancing of the male rule with the matriarchs of the society. In fact Saul argues that, almost by osmosis, the Canadian value of consensus building was absorbed from the preexisting civilization found on the land foreigners colonized." 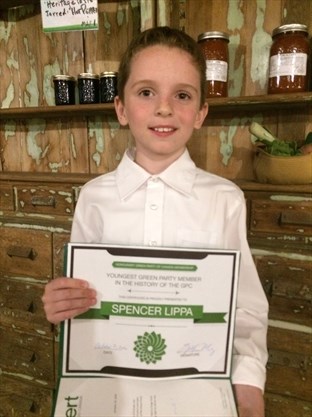 And perhaps it is looking through that same lens that the story of Spencer Lippa touched me. Spencer is the youngest member of the Green Party of Canada and he is serious about changing the world for the better. “The leaders can make a difference. It could be a bad one or a good one, but they have the ability to make those differences,” he said. “If they care for the environment and they’re able to make differences to help the environment, I say let’s go.” It's a call to action that most legislators would do well to heed. This recent twitter exchange between Don Martin and Elizabeth highlights the problem. We need to find ways to encourage MPs and MLAs to actually engage. Here in BC we have such an opportunity. In this legislative assembly you can bet your boots that there will be no empty seats.

The first rule of democracy is you have to show up. The choice by so many of you to participate, is what made Wednesday's paddle and potluck such a wonderful experience. It's what inspires me when our Executive Committee meets, or when our Events Team or Green Media Group has it's monthly potlucks. As a young man I had a choice. I could invest myself in Canada or I could invest myself in the United States. I chose Canada because it has a much greater potential for leading the world. As Canadians we have easier access to power and our very nature leans toward caring for each other. The power of our democracy is to strengthen that tendency. And that's what I choose to celebrate on Canada Day.