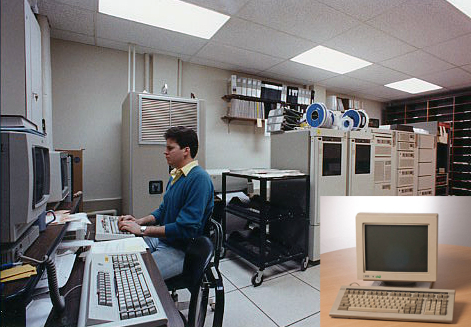 Back in the late 1980s I started a small microcomputer business assembling IBM clones. Mainframes were still popular and I sold the odd dumb terminal to large institutions but distributed computing using PCs was starting to take hold. It was a small startup and I used to do this thing where I asked customers to prepay their computer when they ordered it. This gave me the assurance that I had cash in hand to buy the parts needed to assemble the custom built machines. Thing is, that by the time the computer was ready for pickup it often turned out that the parts cost less than I had quoted. Much like wind and solar today, prices were constantly going down. To their delight, I always passed those savings onto the customer.

These perpetually dropping prices launched the distributed computing revolution and triggered the advent of an unbelievable (and still growing) mass market for personal computing devices. Now even the cloud is based on massive banks of microcomputers which, together with the machine that you are staring at right now, form a global network of distributed computing capacity. A far cry from the dumb terminals that were entirely reliant on central and expensive mainframes for their processing capacity.

A hundred years earlier, in the 1880s, we started building hydroelectric dams to produce electric power. Since then, these projects have gotten larger and larger and therefore more and more centralized. In the heyday of the industrial revolution they represented the gold standard for reliable, safe, inexpensive and environmentally friendly energy production. Much like the old mainframes, they required large investments that would be amortized over many years of service. They were competitive with other massive generating projects such as coal, oil and nuclear but without the constant cost of feed-stocks. Within the context of a stable, growth-centered industrial economic framework they made a lot of sense. 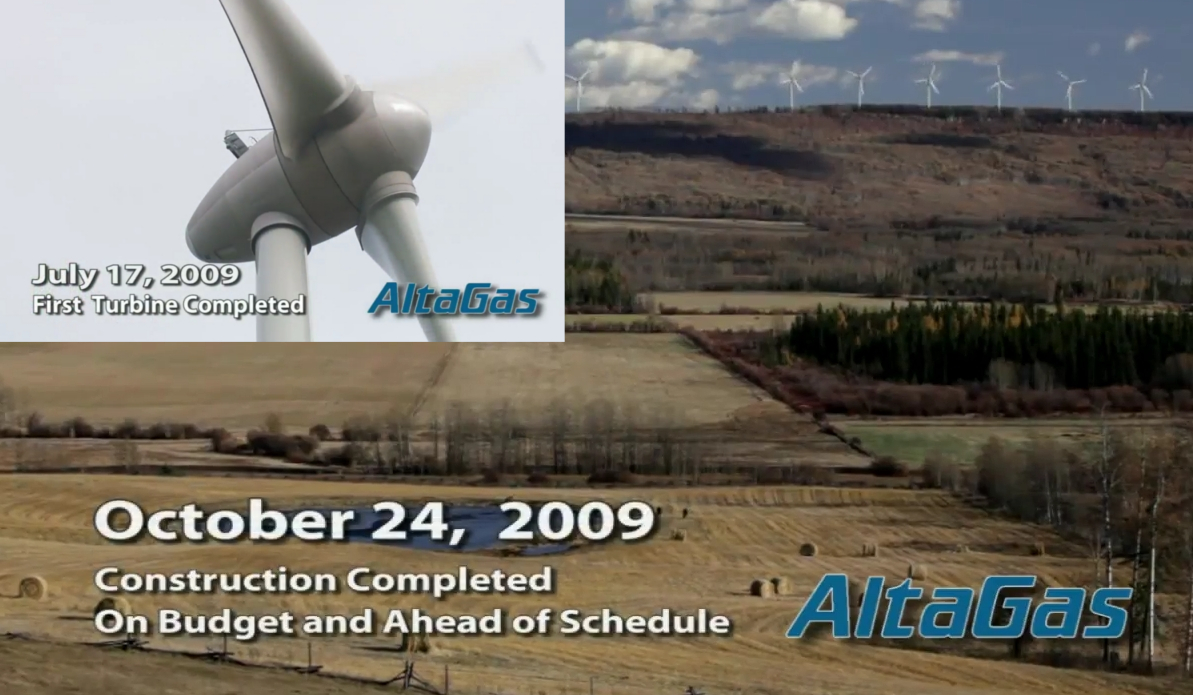 But times have changed. We are learning to live on a finite planet. And distributed power generation, like the microcomputer before it, is challenging the economics of mega-projects from pipelines to hydro dams. Many parts of the world are already producing solar at a rate equivalent to $10/bbl oil. Wind turbines likewise continue to drop in price making each wind farm more cost competitive than the one that came before it. In a fast moving economy, driven by technological innovation things don't stand still. Even with the best of intentions this makes it harder and harder to forecast the economics of a mega-project that takes a decade to build. The price of mega-projects tends to go up while the price of micro-projects tends to go down.

Some would argue that the market should sort out which approach is most appropriate and determine how fast the shift from old technology to new unfolds; that it's not up to governments, and by extension the taxpayers, to prop up outdated technologies for the sake of political agendas.  Andrew Weaver has made the point that the Site C mega-project has meddled in those market forces by totally undermining the possibility of building renewable energy infrastructure. He argues that the surplus it will generate will have to be dumped onto the market at a loss that the ratepayer will be asked to cover. The point being that, as with any mega-project but even more dramatically with large hydro, the cost of production is a fixed number, based on cost amortization, and not related to the actual output of energy. 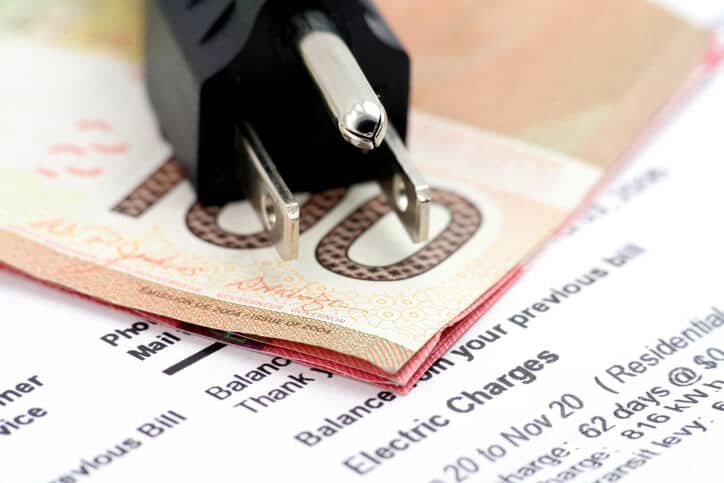 To put it in simpler terms, the cost per unit of power generated is based on the assumption that the dam produces (and sells) a certain amount of electricity for each year of its operational lifespan. Of course this is true with any capital investment including solar and wind. The big difference is that solar and wind can be installed in small increments - wind turbines for example don't take ten years to install. This allows for nimble adjustments to market conditions and application of developing and breakthrough technologies to reduce costs and increase efficiencies as capacity is scaled up.

The British Columbia Utilities Commission (BCUC) which launched its inquiry Aug. 9, handed down its report last week. This editorial in Wind Power references an independent assessment by Power Advisory LLC of the levelized cost of wind, solar, small hydro and battery storage in the province, as well as the relative benefits and risks of these technologies, compared to Site C. It points out that wind power is very competitive. This assessment is referenced in the BCUC report which goes to great lengths to document the various and often conflicting projections of energy costs and pricing over the coming decades. Notably it quotes a Deloitte report that "care must be taken to understand that assumptions as well as approaches, methodologies, and other differences can account for a wide variation in forecasts." 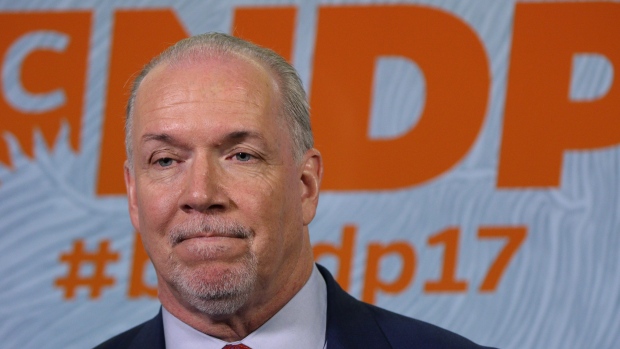 So John Horgan and his cabinet have a tough decision to make. And they have to make it without the aid of a crystal ball. All they have is prudence and the lessons of the past. There was a time when nuclear power looked like a good idea in Ontario. Now Ontarians are still paying for the disastrously over budget nuclear plants built in the eighties and nineties, in the form of something called "stranded debt" which is being paid down by electricity users. Now more than ever, mega-projects are simply risky business. The world is changing fast and instead of an industrial revolution which favoured mega-projects we are at the dawn of an energy revolution which does not.

"The voices in favour of climate action are overwhelming." Elizabeth cites a UN report released last week while on CTV's Power Play. Even though the Trump administration is trying to stop climate action, their greenhouse gas emissions are going down thanks to President Obama's legacy, while Canada's emissions are going up. "We have strong advocacy in terms of rhetoric but we are not seeing action in terms of reducing greenhouse gasses in Canada." 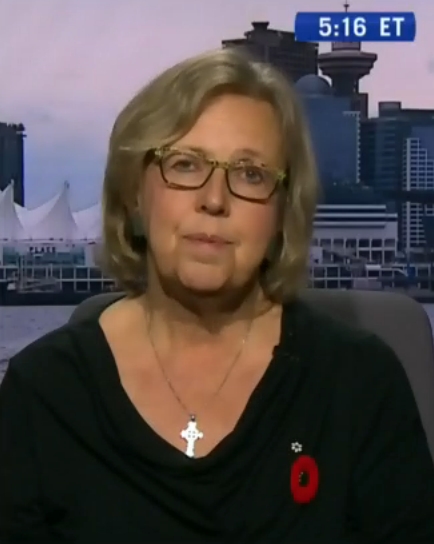 In her midterm report, released this week at a press conference in Ottawa, Elizabeth called for a mid term correction, "I believe most people in the federal government and in cabinet want climate action. They're stalled, they're mired, if we are serious lets use the powers the federal Minister of Environment has to regulate greenhouse gasses, lets get rid of the fossil fuel subsidies."

“Without rapid cuts in CO2 and other greenhouse gas emissions, we will be heading for dangerous temperature increases by the end of this century, well above the target set by the Paris climate change agreement,” World Meteorological Organization chief Petteri Taalas said in a statement reported in The Guardian. The momentum from the Paris accord in 2015 is faltering due to the failure of national governments (like ours) to live up to their promises. In a report to be released on Tuesday, UN Environment will show the gap between international goals and domestic commitments leaves the world on course for warming well beyond the 2C target and probably beyond 3C.

That's why Elizabeth gave the Liberals a grade of C- even though she commends them for leadership in Paris at COP21 and for prompt ratification of the Paris Agreement. "But it is hard to give a passing grade for a government that maintained the same weak climate target brought in by the former Conservative government. That target – 30% below 2005 levels by 2030 – is inconsistent with the Paris Agreement. The Paris Agreement’s goal of holding global average temperature to no more than 1.5 degrees C requires much more of Canada than the Harper targets. Meanwhile, as pointed out by Julie Gelfand, Environment Commissioner in the Office of the Auditor General, the Liberals appear to have forgotten about the Copenhagen commitment to 17% reductions below 2005 levels by 2020. All the planning is geared for the weak Harper target in 2030, and even that weak target is not within reach. 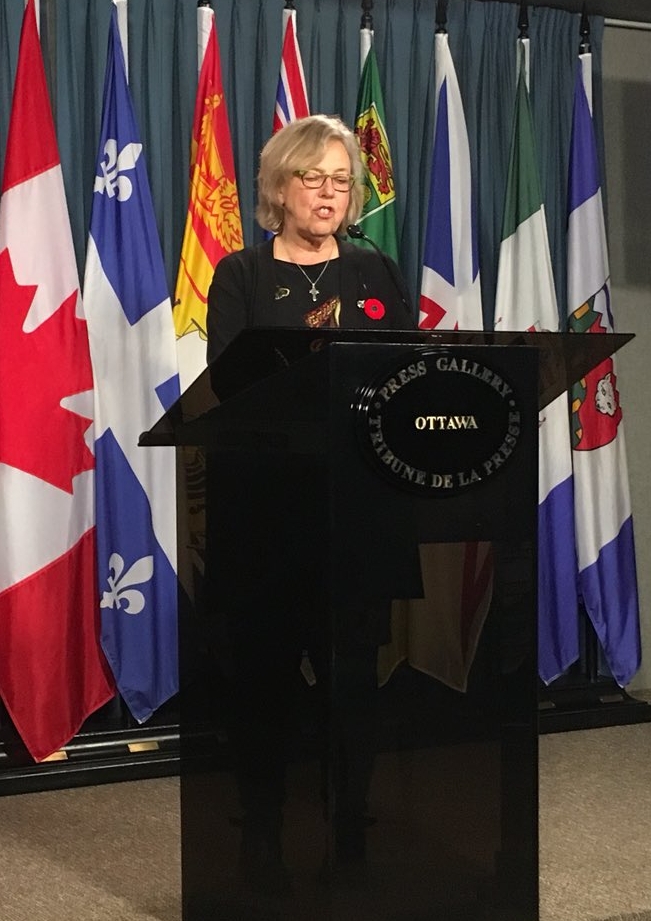 "The Liberal platform promised to end subsidies for fossil fuels, but budgets in 2016 and 2017 have left them in place. Liberals promised to restore science, but funding for climate science has stayed at the same level as under Harper. The flat-lining of government support has led to pulling the plug on the cross-Canada climate science network, Canadian Climate Forum. Approving LNG projects that drive up GHG, as well as the shocking betrayal of election promises in approving Kinder Morgan, continue to undercut the Liberals signature line, that 'the environment and the economy go hand in hand.' They do, but only when decisions do not cancel each other out."

To tackle the interconnected challenges of our time with real solutions, that don't cancel each other out, takes bold and decisive action. We can't afford to dither. We can't afford to cling to the past and continue business as usual. We are called upon to be responsible and embrace the future with courage and integrity. We are called upon to work together to protect our home, our province, our country and our planet. Question is, do our governments know that?

Until next week, stay warm.