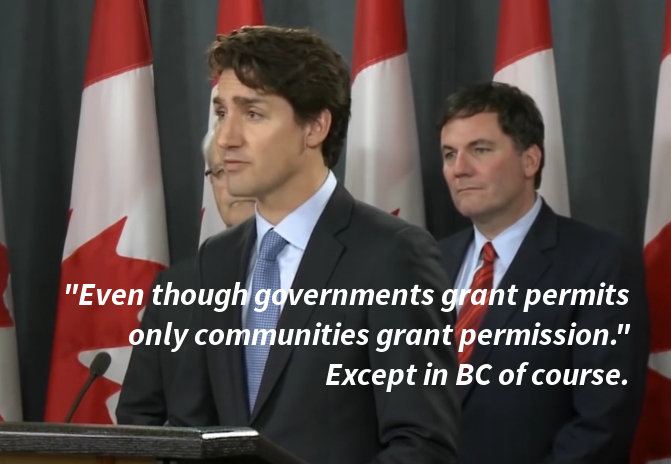 When I searched for stories this week and came across this CTV reference to the dying polar bear, I couldn't escape the irony that the article was interrupted by an ad for a pickup truck that featured a chainsaw wielding he-man. It was alright though, the ad suggested, because he burned all that gas to build a canoe that he paddled in the wilderness.

Recognizing and fully appreciating the complex interdependence of everything is really hard. It's not just hard for Rachel Notley, it's hard for everyone. And it takes a real commitment to be prepared to face the culpability of our actions. But the role that each of us play in the fate of that polar bear is not just hard, it's heartbreaking to accept. And that's why the other heartbreak, the growing duplicity of the federal Liberals in their support for Kinder Morgan, is so painful.

This week the National Energy Board (NEB) ruled that Kinder Morgan is exempt from the law. This ruling allows Kinder Morgan to proceed in violation of municipal bylaws and safety regulations. The NEB is supposed to be made up of not more than nine members (although right now it has 8 plus another 8 "temporary" members being paid some $140k each) to be appointed by the Governor in Council. Each member of the board is appointed "to hold office during good behavior for a period of seven years." A quorum of just three members could have made this week's ruling.

In this article published back in November it was reported that the NEB has the powers of a federal court, which would allow it to overrule Burnaby's bylaws and grant Kinder Morgan's request if it agrees with the company's arguments. Even then, before the NEB ruled on Burnaby's right to govern itself, the article reports that "Trans Mountain is not in a position to tolerate further delay." It seems that Kinder Morgan had little difficulty enforcing its authority on the NEB. 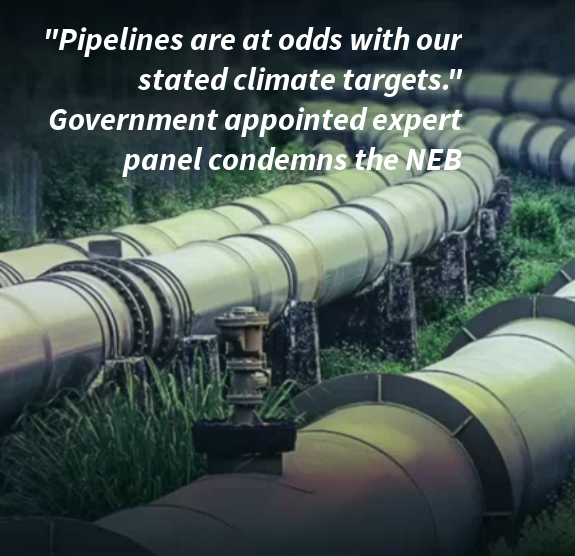 This is the National Energy Board we are talking about. A politically appointed board with judicial powers that only handles environmental assessments because Bill C-38 under the Harper administration repealed the Environmental Assessment Act. In January of 2016 Elizabeth told us that the NEB is broken. That it based its environmental review on unreliable evidence presented in kangaroo court style hearings that did not even allow for cross examination.

In March of 2016 Justin Trudeau stated that, "Multiple perspectives lead us to better solutions. So I look at an opportunity to engage with Canadians from coast to coast to coast on how we build a future that includes clean growth, more jobs, better protected environment and smart ways that are going to make Canada a leader in the world. That's what Canada is all about. There is a desire by provinces across the country, it's understandable, they want to ensure that they are acquiring the kind of social license that hasn't been acquired in the past. And that's where we're looking at working constructively and collaboratively with jurisdictions across the country on projects in the national interest in a way that understands, that even though governments grant permits only communities grant permission."

Then on May 15, 2017, the Expert Panel on the Modernization of the National Energy Board released its report with recommendations and advice. Confirming what Elizabeth had been saying for some time, the report was scathing in its assessment of the NEB. Among other things it stated that: "On the one hand the government has expressed clear goals for action to combat climate change, action which includes drastic reductions to the combustion of fossil fuel. On the other hand secure access to energy at home and abroad, and a large part of Canada’s economic prosperity is driven by continued fossil fuel exploitation, a process at least partly enabled by NEB-regulated infrastructure projects. Reconciling these critical environmental, social, and economic goals is essential for a coherent energy policy, however there is an apparent absence of a forum for this discussion, and single government authority for taking appropriate action." 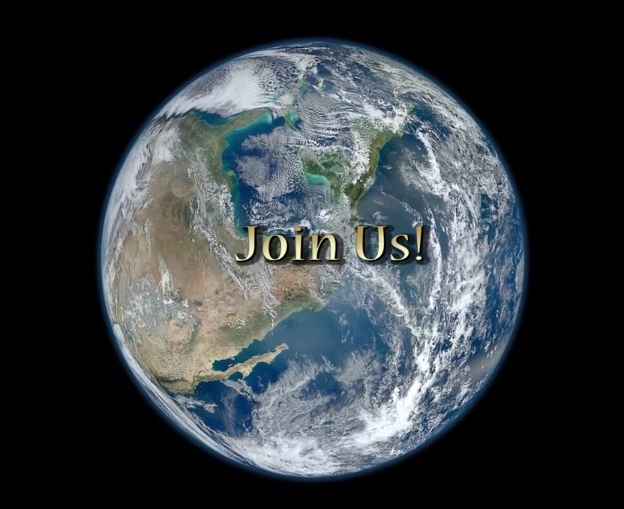 The report, which was wholly ignored by the Liberal Government, goes on to point to further contradictions: "The NEB appears to be operating in a national policy vacuum. On the one hand we have a clear expression of high level government policy and targets to reduce greenhouse gas (GHG) emissions. Following the 2015 Paris Agreement on Climate Change, governments in all the regions of Canada agreed to calls for major reductions in energy emissions and, by implication, a significant restructuring of our energy production, use, and related energy infrastructure, revolving around a radical change in our production and use of fossil fuels. At the same time, the same federal government (in partnership with the provinces) is exploring the creation of large pipeline projects which inherently signal planned increases in our overall production and continued global and domestic use of fossil fuels, an objective that is seemingly at irreconcilable odds with Canada’s stated goal of reducing emissions and moving away from fossil fuels."

Elizabeth underscored that contradiction when she wrote on October 17th of this year: "I do wish there had been a 16th appellant. One intervenor, UNIFOR, the largest union representing oilsands workers, was denied the right to present evidence that the pipeline would result in lost Canadian jobs. The NEB ruled that jobs and the economy were outside its mandate. It continues to boggle the mind that Alberta and federal politicians continue to stand up, and with a straight face, claim the pipeline will be good for Canada’s economy. No regulatory process or independent review has ever established that." 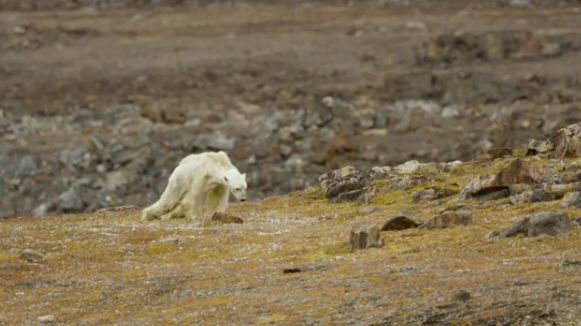 Many Canadians were thrilled on October 19, 2015. In the weeks that followed a new hope for more responsible, respectful, and fair government was building across the country. In December at COP21 it looked like we had our country back and Canada was getting serious about climate action. Stephen Harper had ruled Canada from the Prime Minister's Office (PMO) with an iron fist that had crushed much of what we held dear about our country. Now there was the first gender balanced cabinet "because it's 2015." There were open mandate letters to ministers and a commitment to govern by cabinet.  There was even evidence that the autocratic power of the PMO was being dismantled.

It was a bright and hopeful time for Canada. But two years later all that lies in shards on the floor of Canada's democracy. With this NEB directive the shell game is revealed once again. The iron fist of false majority rule is proving its ability to survive a change in government. The duplicity may be unbelievable to some but this is what elected dictatorships do. Power corrupts and absolute power corrupts absolutely.

The federal government may not have jurisdiction to prevent the president of Kinder Morgan from bullying mayors but it does have the ability, and indeed the responsibility, to direct the scope and actions of the NEB. When the NEB is allowed to make itself comfortable in the back pockets of multi-nationals for political gain, the Liberal agenda looks strikingly similar to that of Stephen Harper. Two weeks ago we discussed the Liberal strategy to throw BC under the bus. By condoning this flagrant breach of constitutional rights and respect for the peoples of this province, this government is vindicating all those who have accused them of deceit all along. 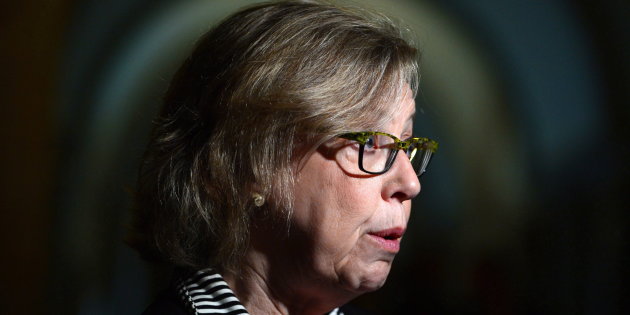 In July, Dogwood posted a warning to Justin Trudeau's Liberals: "Kinder Morgan insists it will be ready to break ground in September. That’s when the arrests will start – and carry on right through the 2019 election. In that scenario, it’s not just his support on the West Coast that Trudeau needs to worry about. If the “Battle of B.C.” grinds on for two years leading into the next election, Montreal voters might start to worry about this government’s approach to federalism. Torontonians spooked by Harper’s G20 arrests might not like seeing the same thing happen in Vancouver. Siding with a Texas pipeline company means going all the way. If Trudeau doesn’t have the stomach for what follows, he better hope Kinder Morgan is bluffing."

Although the timeline is a little off, we now know that Kinder Morgan isn't bluffing. And we know what's at stake. No amount of greenwashing will change the fact that this pipeline will not carry oil at all. It will carry dilbit. A tar that is liquefied with aromatic, highly explosive diluent (it's mostly natural gas condensate) that evaporates when exposed to the elements. The result is an unprecedented risk to people and the environment that can not be compared to crude oil spills of the past. Burnaby Mayor Derek Corrigan tells us in this video: "What we didn't see coming up behind us was the corporate culture. That they had full-time employees who were sitting in places like Ottawa talking in the ear of the politicians to convince them to do what they wanted."

In this CBC Pollcast, Elizabeth points out that: "The elements that have boosted Green votes across the country this year, has been disillusionment with the vote you cast strategically last time, disillusionment with the party you ended up picking, breaking their promises, letting you down on their promises, and certainly electoral reform is going to be a big one for us federally. It reverberated into the BC election, it reverberated into this PEI by-election..."  Elizabeth goes on to point out the dramatic differences in our principles and the consistent ethical performance of Green elected representatives. 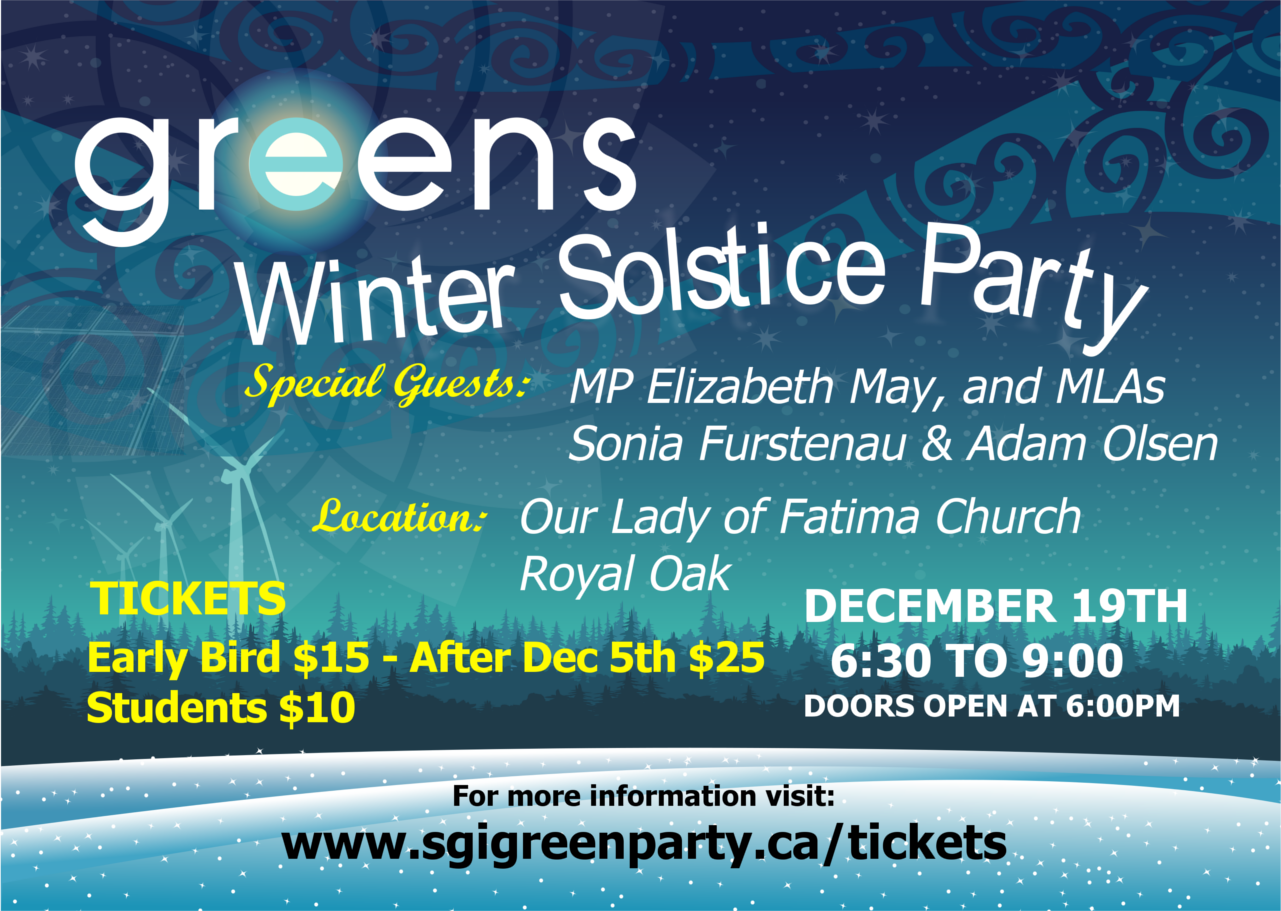 It is this distinction, this deep and principled commitment to our future and our home that is underpinning the growing success of Greens. On Friday Elizabeth was at the Vancouver Greens Gala that celebrated the rising strength of Greens in municipal politics.

And a week from Tuesday Elizabeth will be joining Adam Olsen and Sonia Furstenau on stage at our 2017 solstice Party in Victoria. As we sweep up the shards of broken promises, we unite with renewed resolve to stand together and protect those that can not protect themselves. To speak truth to the power that corrupts and to do everything we can to provide an authentic alternative to the same old political disappointments.

Please join us. If you have not yet bought a ticket, do so today. There is limited capacity at the hall and we don't want you to miss out.

In the meantime, keep writing those letters of support to Municipal, Provincial and Federal politicians. Spend some time supporting those voices that are standing up for out future, wherever you can find them.