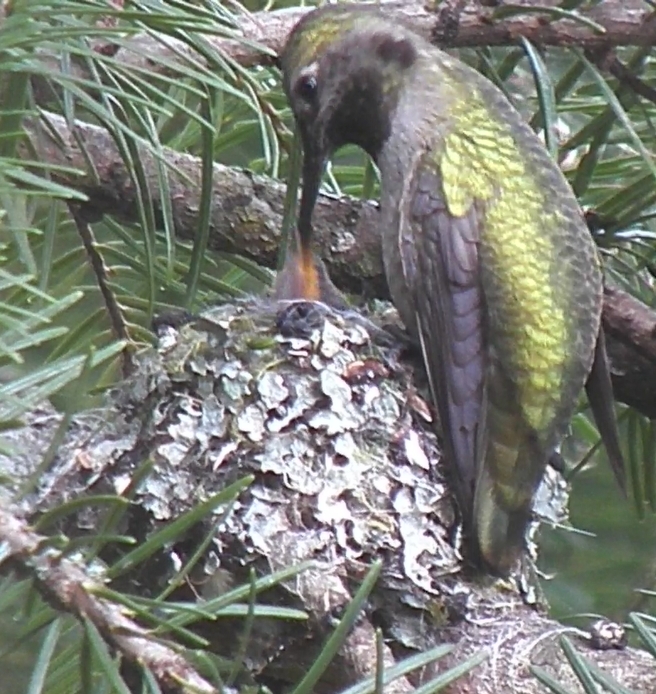 Many traditions celebrate renewal this time of year. Often around a theme of calamity or hardship, followed by a sign of hope or rebirth. For some it's Easter. For others, it's Passover. For us, in our urban world, that hope manifests itself in a little nest perched on a waving branch of a Douglas Fir outside my office window. It started as a living Christmas tree planted in the yard about 20 years ago with tinsel still hanging from its boughs and now is almost 40 feet tall with the bark at its base just starting to crack in that tell-tale way that mature Douglas Firs do.

Mummer is what we call our resident hummingbird mama. She tried last year but her babies died and we had to bury them in the back yard. To our delight she came back this year and reconstructed her nest of lichen and spider's silk on the same branch, just three inches from where the old one was. Every day for the last two weeks she has brought joy and excitement into our lives with her simple, round the clock dedication to care for the next generation.

A few years ago I learned about the commitment that giant octopus make to their offspring here in the Saanich Inlet. The female finds a crevasse or small underwater cave and after crawling inside, pulls rocks up to seal the entrance. Then she lays 100,000 eggs and strings them up like bunches of grapes hanging from the ceiling of her nursery den. She guards them and cares for them tenderly for six months without eating. Then, just as the eggs hatch, she dies of exhaustion.

The contrast between this kind of dedication to the future of their species and the quibbling over gas prices that has dominated the news media since Elizabeth's arrest, is striking. We pretend to be the superior species and yet are more concerned about feeding our gas guzzlers, than protecting the interests of future generations. And south of the border, many are more concerned about their personal right to own automatic weapons, than the safety of their children.

Perhaps what is most striking though, is the effort our species is prepared to exert to argue for selfishness and instant gain at the expense of those who inherit our legacy. As I documented last week, with information provided by the National Energy Board, the narrative perpetuated in the media that gas prices will rise if we don't build the Kinder Morgan expansion is totally devoid of fact. It is a continuation of the doublespeak that Trump has popularized and that is now becoming the mainstay of strategists across the political spectrum here in Canada. There is no supply shortage in BC. 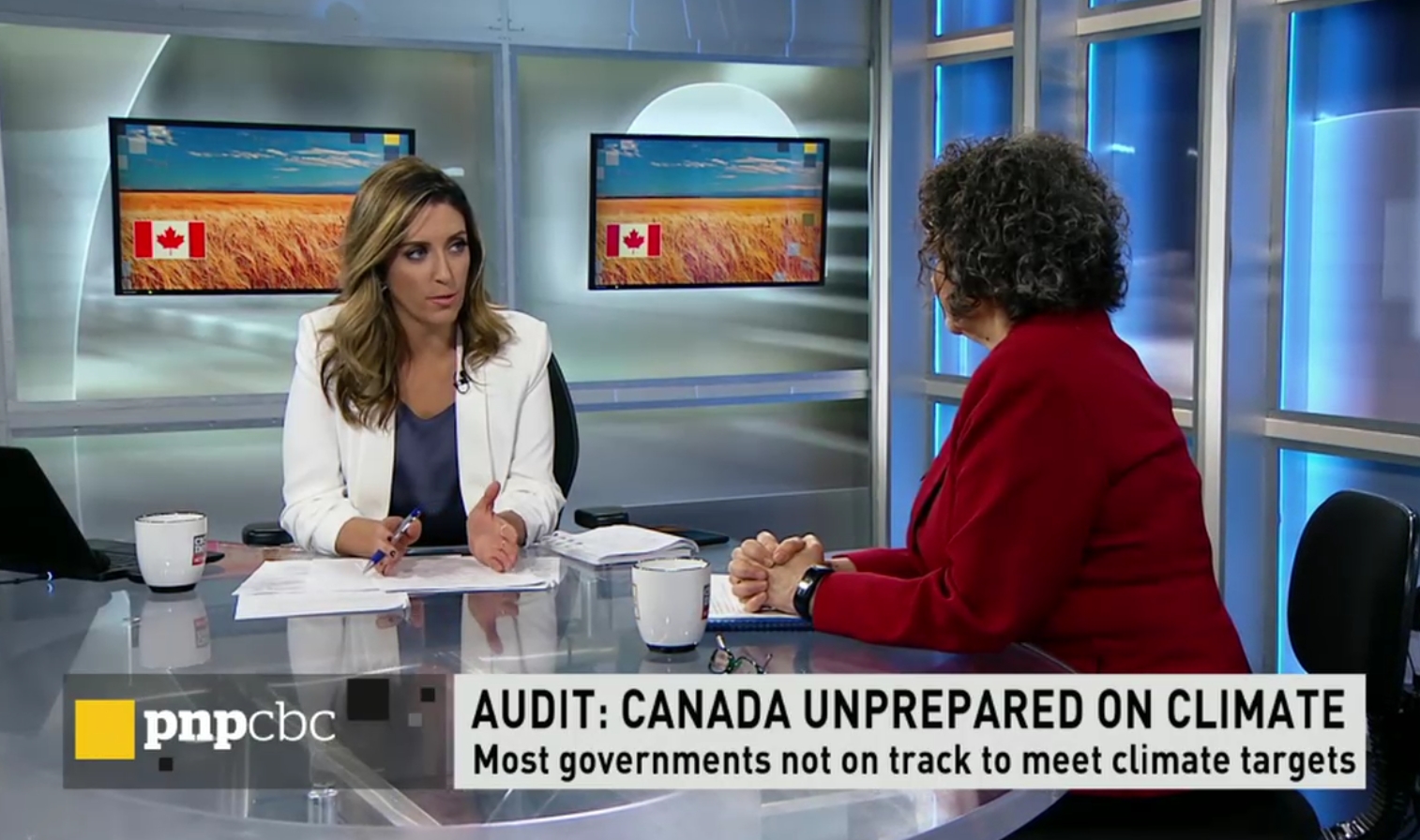 While Liberal, Conservative and NDP governments continue to kowtow to oil industry interests, our Auditor General tells it like it is: "Never before have Auditors Generals from across the country worked together on any issue, and they picked climate change." According to this interview with Julie Gelfand, Canada's Federal Environment Commissioner, while we have set targets many times and have even announced plans on how to meet those targets, we never actually have met any of them. Only two provinces in Canada are currently on target to meet their 2020 commitments and the federal government won't even talk about theirs anymore. Even Liberal Senators accuse Jim Carr of sidestepping their questions.

Little wonder, the government has to be so cagey about things. They are dismantling the very agency that "approved the Transmountain project based on scientific evidence" because it is clear even to them that the NEB is broken. This special report by the National Observer about secrets in government includes a piece about the witch-hunt inside the NEB to find whistle blowers and the subsequent exodus of top brass. It also has articles about muzzling science and the active dismissal of scientific papers that challenge the agenda hatched by the backroom strategists.

One article quoted nine scientists and academics back in October: "Our research showed that the science was thin, and identified a bunch of troubling questions and concerns.” The article reports that scientists stated in their letter to Trudeau that the approval of new projects in the area of Trans Mountain “is problematic, if not irresponsible given the lack of science needed to inform robust risk assessment.” There is “almost no publicly available scientific information” about how oil from the oilsands would react in the ocean, they added. 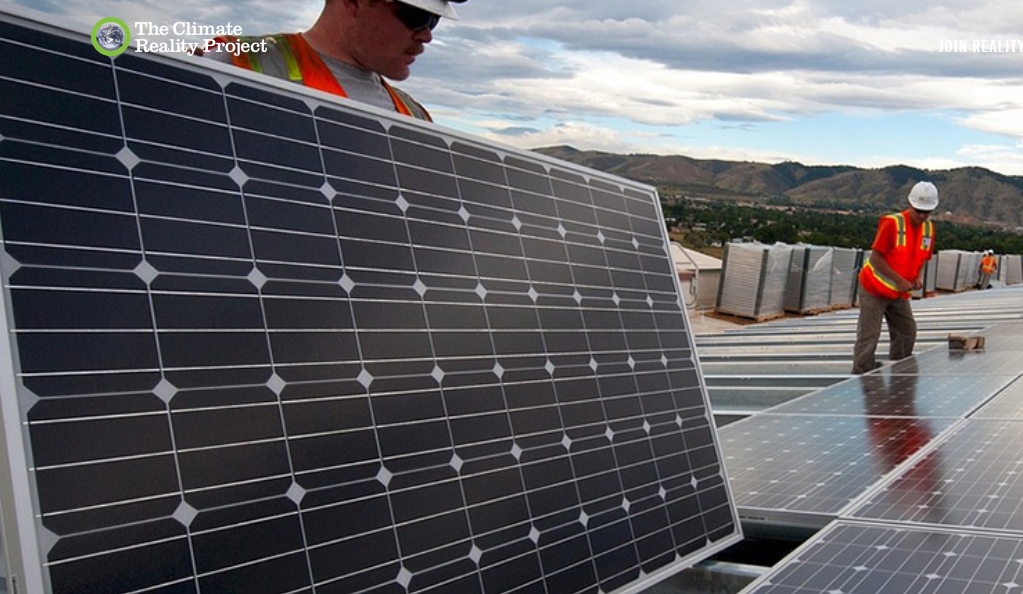 And while our current governments are still ignoring basic science, the world is speeding ahead. As this piece in McLean's reports, for world governments, climate leadership is a matter of morality. "Some say Canada's emission levels don't require onerous policies like carbon pricing. But that thinking ignores a key role of governments: setting norms. Within the next 18 months, there will be at least four (expect five or six) provincial and federal elections in Canada. Working backward from the national contest in October 2019, Alberta will be sending voters to the polls in the spring of 2019; New Brunswick will do so in September of 2018; and Ontario will do the same this June. [When it comes to climate action] the stakes are high."

Yes, it's true that B.C. homeowners can install solar panels through BC Hydro’s little-known net metering program, but solar farms are almost non-existent in our province at a time when they are proliferating around the world, including in countries like the United Kingdom, not typically known for its sunny days. First Nations recognize the potential. They know that B.C. receives more annual sunshine than Germany, a country at the forefront of the global solar revolution. But most new sustainable energy projects are stalled. 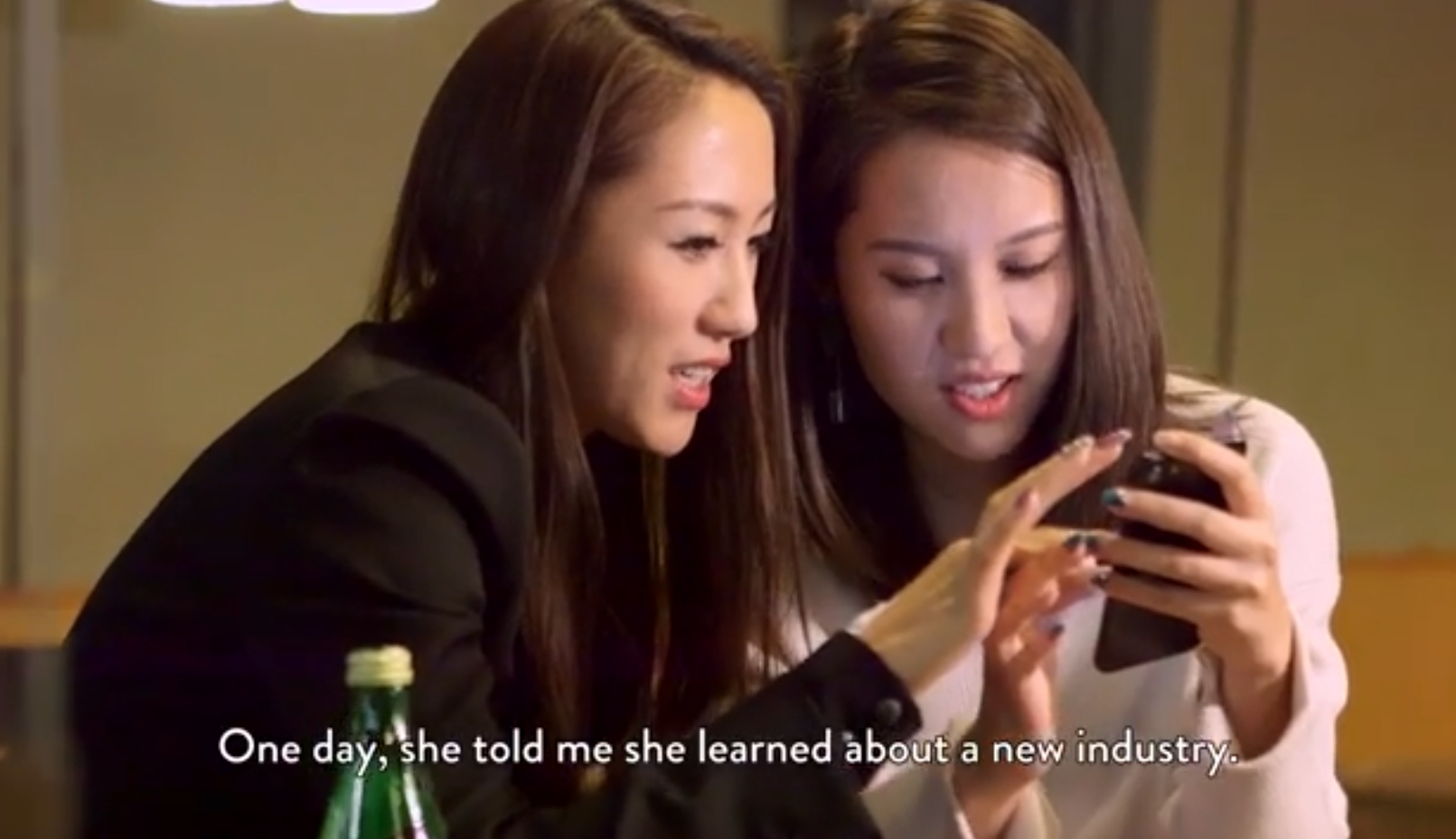 This Climate Reality Project reports how three leading countries are putting renewable energy to work. Clean energy employs 9.8 million people worldwide and China alone is poised to add 13 million more in the next 24 months. Read how the US, China, and Germany are making clean energy work at home. Watch the associated video. Talk about renewal! And while we are reporting on the exciting stuff that other countries are doing, Norway has just declared that by 2040 all short haul flights in that country will be electric. Yes, you read that correctly!!!

But what really sets us apart from the rest of the world is this. Meet Yisha He. She founded Unisun when she was only 25 years old. Now, 5 years later, her company employs 400 people. The solar energy systems they have installed supply over 10 million households. Her company also transformed the entire power system of 'Wahaha's' massive production plants to solar. Wahaha makes and bottles fruit and vegetable drinks. The solar cells on factory roofs provide energy that is 10% cheaper than other sources of electricity, saving them money.

By now you have probably guessed where this amazing young entrepreneur is thriving. That's right, China. 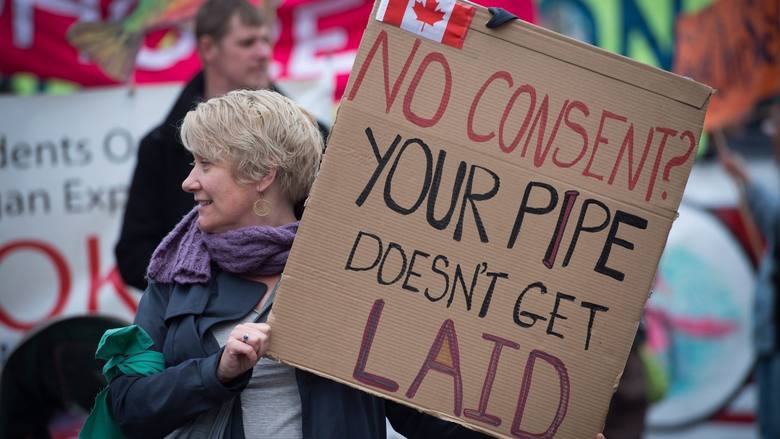 Meanwhile back here in B.C., a Texas multinational is busy rolling out its barrage of Strategic Lawsuit Against Public Participation (SLAPP) suits by paying someone to drive around Salt Spring, on this Easter Weekend, to hand deliver court notices to all the folks who were arrested on Burnaby mountain. The protesters expected to be charged under our law for breaching the injunction but now Kinder Morgen has embarked on a campaign of corporate bullying pure and simple.

Elizabeth has petitioned our federal government to pass legislation to protect citizens against SLAPP suits. Ironically Texas, along with 27 other states, has such a law in place. And just last month judicial heavyweights called for B.C. to introduce anti-SLAPP legislation here too. But that's not stopping Kinder Morgan from intimidating our citizens with their financial muscle. So while China is embracing the new economy, we have to deploy our human energy wrestling with dinosaurs.

We will prevail. A couple of days ago the Massachusetts Attorney General announced this victory for the people: "Exxon’s lawsuit to stop our investigation into what the company has known about the impact of burning fossil fuels was just dismissed in New York." And the mayor of Burnaby has announced he will take Kinder Morgan to Canada's highest court.

Michael Harris writes in iPolitics how Elizabeth gives voice to the moral underpinning for what these protesters did. In this short Video, which has already been viewed over 150,000 times, Elizabeth explains why she was compelled to stand up for future generations. We all hope that governments will do the right thing. But in her recent speech at UBC, Elizabeth defined hope as a verb with its sleeves rolled up. 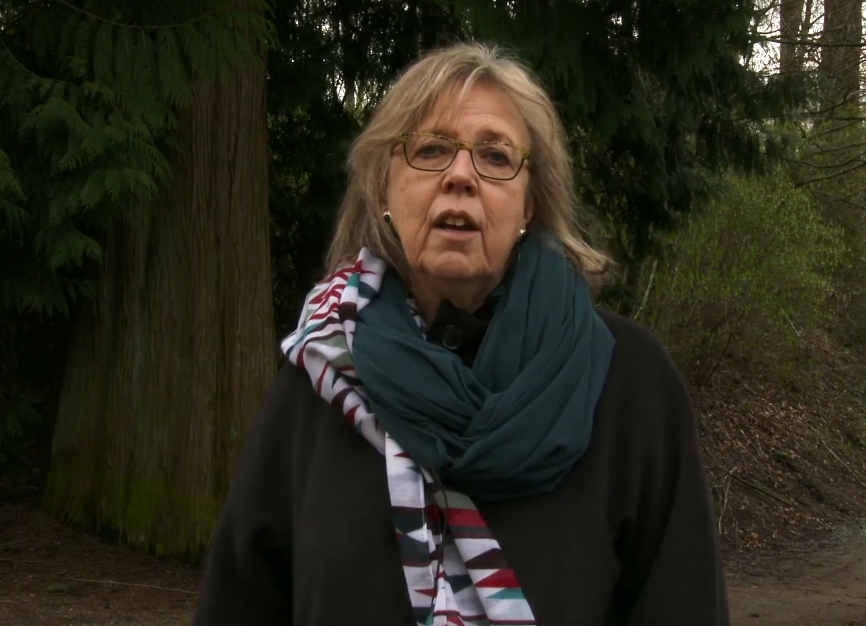 Without citizen engagement, governments and multinationals are free to collude and maintain their grip on power. As Dave Meslin points out in his short TED talk, there really is no such thing as apathy. Systematically we are dissuaded, brow beaten or bullied into a state of submission. Even seemingly innocuous moves like holding hearings across the country on Electoral Reform and then ignoring the recommendations, turning public consultation into a charade, or ignoring the reports of task forces and commissions, are designed to undermine our confidence as citizens.

But there are those who refuse to accept that they are powerless. They include this small group of young people who have started an on-line podcast called "West Coast Views." You can listen to their first episode here. They also include the many donors and volunteers that are part of the Green family of activists. People involved in the GreenWriters 'guild' who offer comprehensive views to editors of newspapers across the country. People who participate on social media as part of our Green Media Team and people who organize information events (like our Sustainable Living Series) for the public to start conversations and build general awareness. And yes, those who are prepared to put themselves on the front lines in the battle for freedom, fairness and our future.

PS: Don't forget that the GPC by-annual convention will be held in Vancouver this year and that if you are a member, now is the time to submit your resolutions for prioritization by the membership.