Harper’s assault on our national parks

Unlike our current prime minister’s attack on climate policy and push for every pipeline and tanker in sight, this one is flying under the radar.  In fact, Conservative Party talking points make great claims of having expanded the national park system. 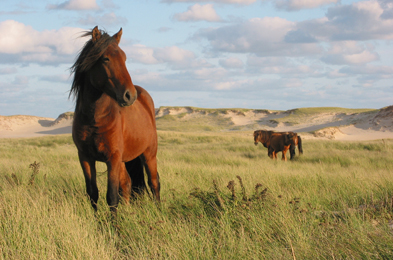 Since 2006, the Government has taken significant action to protect our natural areas, including taking steps to add more than 160,000 square kilometres to the Canadian federal parks and marine conservation system—a more than 58-per-cent increase…

And it is actually true that new parks, especially in the far north have added huge tracts of lands to the parks.  But like a Trojan horse, within this gift is the destruction of the standards of ecological integrity that are necessary to maintain national parks – our highest order of conservation and protection.

I have already written of the disaster that is Sable Island National Park in Nova Scotia.  This iconic island is famous for its dunes and wild ponies. I was the only MP to oppose the legislation that allowed for seismic testing inside the park and directional oil and gas drilling under it. The legislation for Sable Island National Park places the Canada-Nova Scotia Off-shore Petroleum Board (CNSOPB) as the key regulator.  The CNSOPB only has to inform Parks Canada about oil and gas activities inside the park; not consult even consult in advance.

Now we have legislation before the House to create Canada’s first “urban park” in the Rouge Valley.  Activists who have worked to protect this area within the boundaries of Metro Toronto for decades are horrified that the federal parks plan is weaker than what was in place before – and covers less area than previous plans for Rouge Park status. Green Party amendments to ensure the legislation protected the concept of “ecological integrity” were defeated by Conservatives in committee.

At the same time, we are pressing for the correct boundaries on a new national park adjacent to Nahanni. The Nááts’ihch’oh National Park Reserve is 4,895 square kilometres, but omits key habitat for woodland caribou, grizzlies, Dall’s sheep and mountain goats.  The areas excluded from the park plan are those with mineral potential. According to Canadian Parks and Wilderness Society: “…this park boundary does not reflect the extensive scientific evidence of what’s needed to protect the Nahanni watershed, nor does it take into account the overwhelming public support for protecting the entire Nahanni headwaters expressed during the public consultation on the proposed park.”

The attack by stealth on our national parks system is also occurring through moves to privatize activities inside existing parks. With the 10% budget cuts to Parks Canada in 2012, pressure has built to generate cash flow.  The slippery slope (no pun intended) started with the ice walkway within Jasper.  This iconic national park, recognized with IUCN World Heritage status, now has a privately run, for-profit, structure. Brewster Travel Canada, a U.S.-based company, was allowed over huge protest to build a 400-metre skywalk and glass-floored observation deck suspended from a cliff face over the Columbia Icefields.

At the time, of course, Parks Canada said this was not setting any new precedents, but now the Conservatives are supporting a bid from a private sector hotel to open new accommodations inside Jasper. The proposal for an actual hotel was rejected but this summer Parks Canada approved “tent cabin” style private sector accommodations inside the park on the shores of Maligne Lake.  The development will threaten key sensitive habitat for the highly endangered Maligne woodland caribou herd.

In Cape Breton Island National Park, Parks Canada is accepting bids to privatize its famous golf course at the Keltic Lodge in Ingonish. But in what must be the most bizarre of any plan to erode national park values opposition is building to a private sector monumental sculpture.

The privatization of a chunk of Cape Breton Highlands National Park was approved in secret by the Harper cabinet with no public consultation.  One hectare of the most spectacular part of the Cabot Trail drive through the Cape Breton Highlands National Park has been given – at apparently no cost – to Toronto businessman Tony Trigiani. On this hectare Trigiani will place an enormous statue and parking for about 300 vehicles. The statue, Mother Canada, a Virgin Mary-like icon, is intended to commemorate the war dead of Vimy Ridge.  A statue at Vimy called Mother Canada shows a grief-stricken mother.  The proposed Cape Breton statue, six-times bigger than the French inspiration, is proposed to stand 24 metres (79 feet).  Not bent over in grief, this giantess will be standing arms outstretched in a fully erect stance. She will be poised at one of the most scenic spots on the Cabot Trail. Leaving aside the nonsense propaganda efforts of this statue, it has absolutely no place inside a national park. The proposal has divided the community. It already has support from the Harper Cabinet, but no other options to boost tourism in the area were ever presented.

If Stephen Harper wants to boost tourism, why has his administration cancelled all advertising for Canada in the US market?  Every step he has taken (slashing access for seasonal workers to EI, cutting the programmes to allow visitors to claim back their GST and HST, and ending our advertising in the US) appear geared to undermine the tourism sector. And our national parks are to be sacrificed to take up the slack.

We need to pay a lot more attention to the assault on the integrity of our national park system.