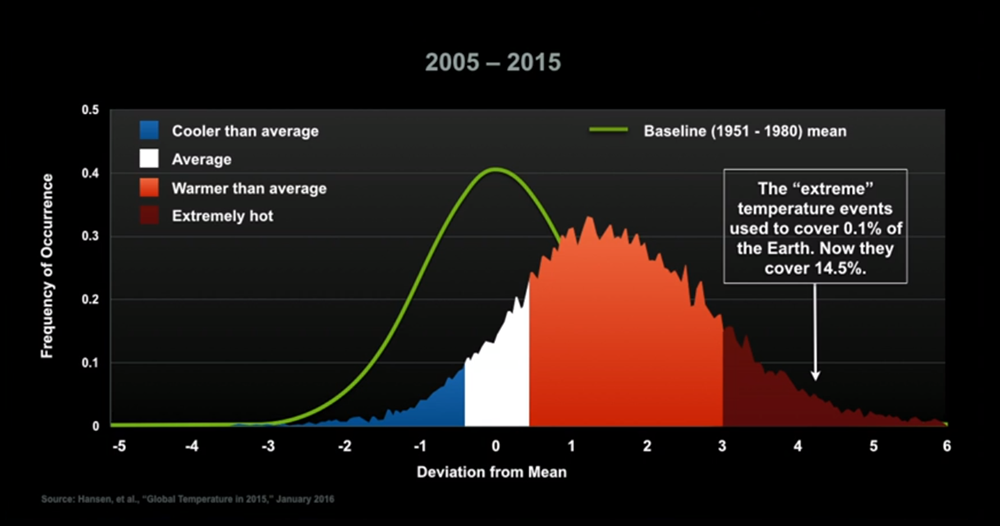 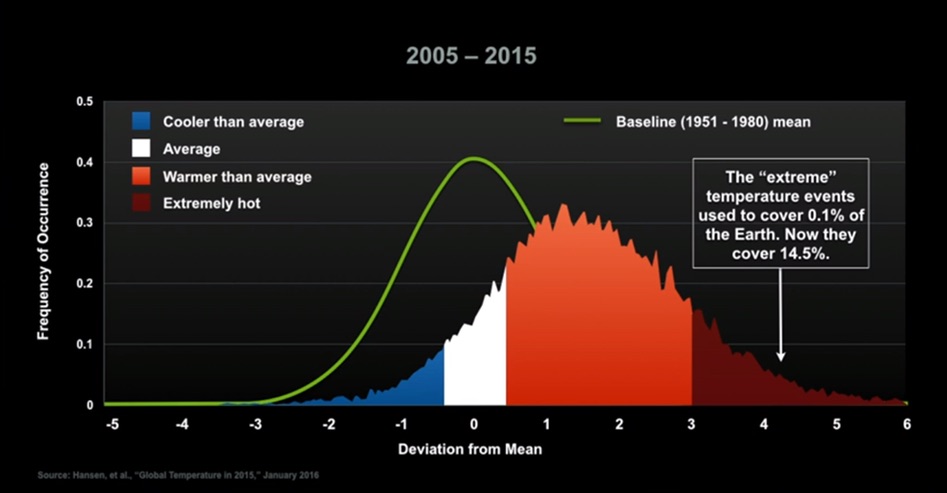 NASA declared 2015 to be the hottest year in recorded history (2014 is now relegated to 2nd place). The parliamentary budget officer just reported that the federal disaster fund estimates it will spend over $900 million a year to provide reimbursement for damage from storms and floods. Not surprisingly, Canadians are asking what are the ‘sunny ways’ doing for the climate?

Announcing ‘Canada is back!’ and helping to promote a climate change goal of less than 1.5oC for the Paris Climate Agreement at CoP21 were definitely points of pride for Canadians. It was also a good sign that the new government created a Minister for the Environment and Climate Change and that she is trying to implement positive action for the climate.

To truly salvage our reputation (and help save the planet from the worst), the Canadian federal government has to do much more, much faster. There is hope but aggressive action at all levels is needed to reduce the risk of the worst effects of climate change. The commitments made at Paris are not sufficient to stop global temperature increases of more than 2oC even if all the policy changes and greenhouse gas reduction Paris commitments were met. Every day of inadequate action affects the quality of life on Earth in the short and long-term.

A recent report, Beyond the targets: assessing the political credibility of pledges for the Paris Agreement  (Feb 2016) ranks Canada in the lowest category of G20 countries for meeting environmental commitments. Canada is the only developed economy in this category; the other countries are Argentina, China, India, Indonesia and Saudi Arabia. Canada also unfortunately holds the G20 record for withdrawals from multinational environmental agreements, a staggering 33 full withdrawals. The average number of withdrawals is four. In particular Canada’s 2011 repeal of its 2002 Kyoto Protocol Implementation Act is one of the most significant and damaging climate change policy reversals. This ‘saved’ Canada a paltry $596,000. At what cost?

The new Canadian government says it “will provide national leadership…to take action on climate change, put a price on carbon and reduce carbon pollution”. The big questions are when and how? For example, the newly released guidelines for reviewing oil pipelines do include direct and upstream greenhouse gas emissions (GHGs) but there is no indication of if or how GHGs estimates will influence decisions.

There will be a First Minister's conference on the climate, as pledged during the 2015 election. It is now scheduled for March 3rd in Vancouver. Will there be a meaningful national strategy by September 2016? Will Canada adopt proactive policies such as a harmonized evidence-based climate test for energy projects reviewed federally?

What We Have To Do

Along with advice from other experts and lobby groups, the Green Budget Coalition of 16 environmental advocacy groups provided a number of costed recommendations for the 2016 budget.  Countering efforts for progress on climate action, lobbying to support the fossil fuel sector is ramping up. This includes the Chinese government overtly pushing for pipeline development as a condition for free trade.  Which groups will influence the Finance Committee? Will the old economy control our future?

The budget will be presented March 22, 2016. Canadians need to support the Canadian government to actually meet and exceed the promises made in Paris, specifically to:

1. Put short and long-term emissions reductions into legislation The target for 2020 is a reduction to 611 megatonnes of carbon dioxide equivalents. Canada is not even close. There is some positive action -  an audit of GHGs is in the works, so progress can be quantified.

2. Put a price on carbon Currently, Ottawa wants an agreement to set a national minimum of at least $15 per ton. A minimum price of $50 a ton by 2020 across Canada is closer to the need.

3. Reduce fossil fuel subsidies Canadian governments (federal, provincial, territorial) currently provide more than $46 billion in direct and indirect subsidies to the energy sector. The federal government has only discussed eliminating the $1.4 billion in direct subsidies. The Green Budget Coalition proposes a review and a clear timeline to phase out federal subsidies for production, tax credits and public financing.

4. Create an advisory body for climate change Climate change is a wicked problem that requires assessment and advice by an independent, credible body. A recently released review of oilsands environmental monitoring criticizes the scope and use of the data collected. The gutting of federally funded science and environmental monitoring affects the federal government’s capacity to acquire, let alone understand, the science that should inform public policy.

5. Repair the damage done by C-38 and overhaul Canada’s environmental regulatory agencies MP Elizabeth May summarized the need and urgency for the Canadian government to deal with the legacy of environmental mismanagement from the Harper administration. One egregious example is the issue of permits for the Site C dam by the former federal government during the 2015 election campaign.

What You Can Do Now

This government needs to hear from you. It is still very much engaged in consultation and you can bet your last nickel that the oil lobbyists and carbon industries are busy bending everyone's ear in Ottawa. Their biased information needs to be counter-balanced. The government's commitment to govern by cabinet provides many more opportunities to engage them and make your voice heard.

The volunteers of the Saanich Gulf-Islands EDA are working tirelessly to assemble resources to facilitate maximum citizen engagement. You can help. Visit our web site at http://www.sgigreenparty.ca/. Take Action. Get involved. Volunteer. Join our Green Media Group and learn how to tweet the ministers directly. Be part of the solution.